– You’re living in Kuopio, which we never heard of (sorry for that) – could you describe the place a bit, what are your favorite spots there and what is special about your hometown?
Kuopio is a city in Eastern Finland with just a little more than 100,000 residents. The city is part of Finnish Lakeland which is a geographical area with thousands of lakes and lots of forested hillside. Kuopio is surrounded by lakes and some parts of the city have been built on islands. Finland is a very densely populated country and you can find a lot of pure nature everywhere here.

One of my favorite spots in Kuopio is a nature reserve next to where I live. I walk there everyday when I’m home. The slower your soul is, the more you might enjoy this kind of places.

– How did you start to make music in the first place and were you forced to learn an instrument or was it by your own choice?
My dad had an acoustic guitar and I started playing it when I was about 10 years old. It was by my own choice. Under the same roof, my brother Samuli started with bongos and soon he controlled the drum set. There were a lot of records playing in our home when we were kids. That might have predisposed our later actions.

– How have you all met and at what point did you decide to form a band?
Samuli and I have played together since we were little kids. We grew up in Juankoski, a small town locating 60 kilometers from Kuopio. Music circles are pretty small in Finland and in Kuopio music circles are even smaller than what people usually call small, so it was not a coincidence that we met Ari, Jonas and Antti some years ago. At first we started out with a slightly different lineup and called ourselves Neufvoin. In 2012 we felt like it was time to start a new path with this new name, NEØV.

– In which situation did you choose NEØV as the name for the band and how did you decide about that? Where there also other options, which? What meaning has the name for you?
The name was found from my notes during the making of our debut album ’Orange Morning’. Back then, we felt like our musical direction was changing so much that it was the right thing to wash our faces and pick up a new name. This abstract four-letter word, NEØV, felt good from the very first moment. I don’t think we considered other options seriously.

We have two brothers – me and Samuli – as a core of our band and our last name is Neuvonen, so the word NEØV might have something to do with that. But basically it’s a neutral word and it symbolizes our music for us.

– Which musical influences do you have?
Just anything that feels good. Keeping ears, eyes and mind open all the time and following intuition.

– How did you make your way from the beginning of the band, to releasing records and touring and at which point did you realize that the project got serious?
It has been a long road. An uncompromising attitude has been part of our existence as a band from the very beginning. We want to make things our own way. If it’s not bringing overnight success, we’ll continue doing what we love. With that attitude you’re always where you belong. With that attitude the whole thing has been serious from the start. It’s all about the love for the music!

– Can you tell us a bit about the production process of your new record ‚Dominique‘, what was the best and the worst moments during the process and what’s your most told anecdote from the making?
‚Dominique‘ was recorded and mixed by Sampsa Väätäinen at Studio 33 and Studio Supikoira. It was a great experience to work with him and we are really satisfied with the result. ‚Dominique‘ was my first album as a producer, so it was a major step for me.

The best moments during the process settled when it was possible to get the feeling that each song is going to stand on its own. Sometimes it’s a challenge to describe musical visions by words and try to chase the idea, but we always found the path. We were a great team.

For me, the worst moments were those hours when each song felt like it would never gonna be as good as it could be. But I can tell we managed to tackle that feeling down with every song. Or maybe I just needed a lunch and finally got it. ‚Laketown‘ was the only song without that moment. Sometimes deadlines are a good thing, especially for that feeling, because then you can’t think about the way how you think, you just think.

– What are the usual steps from the beginning to the end during the writing and production process of a song for your band? Who are usual the first people to listen to new songs?
We composed a couple of songs together with Samuli for our debut album ’Orange Morning’ and maybe we’ll do that again in the future. Usually it’s been my job to write the songs. When arranging the rhythms, we work pretty closely with Samuli (drums) and Ari (bass).

As a band leader, I find it important that each one of us contributes in every song. The song and it’s atmosphere is the most important thing,
but you can make choices that bring everyone and their natural way of playing instruments part of the songs. Antti is an incredible horn player, as is Jonas with keyboards. And they play other instruments too.

My dogs are hearing the new songs even before the band. Haven’t been feeling too praised with those two dudes.

– What inspires you to write lyrics? Is there a special place you tend to write songs at?
Lyrics got to be honest. I write them anywhere, anytime.

– ‚Woolen Pumpkin Shirt‘ is one of our favorite songs from the record – can you tell us what it is about, how it was done and if there is a story behind it?
The whole album is about love, so that was the triggering force for ’Woolen Pumpkin Shirt’ as well. Lyrics of the song are a collection of memories.

In the making we were just following what felt good. The result is some sort of dream folk, I think. The song is one of the extremities of the record.

– Could you describe in your own words which development you see yourself from your debut record to ‚Dominique‘?
I find it very hard to compare albums. Every album is a product of its time and so it should be. But I can tell that we are searching for something…And it feels like were closer with ‚Dominique’… I’m optimistic about the future.

– How would you describe the finish music scene?
A lot of inspiring music. Hopefully even more in the future.

– As you might have more insights in that – which Finish newcomer bands would you advice us to give a listen to?
Sans Parade is preparing to release their second album. I’m waiting for it and you should too.

We had a good time playing with Jaakko Aukusti a few weeks ago. He just released his first EP. Check it out.

I’d like to also recommend The Hearing. She’s talented.

– Personally in your band, what kinds of prejudices, we german people might have of you as Finns, do you prove to be true?
To be honest for a second: this is a hard question for me because I think people are basically the same everywhere and modern nationalities are just inventions. But I will try my best, let’s go!

German people think, actually they know by experience, that Finns are very, very talkative with a real cosmopolitan mentality. Germans also know that there is a thing that people call high self-confidence and then there is a Finnish way to carry oneself, which is something way beyond high self-confidence. I bet German people know the fact that Finnish people never have problems with alcohol. And Finnish people never have problems with themselves, the least when they’re drinking alcohol. And finally, the best footballers, cars and riesling come from Finland and Germans can’t deal with it.

I’m gonna talk to German people in Berlin next week just to check that I was right.

– In return, as you’re going to play the JaJaJa event in Berlin soon, what prejudices do you have about germans?
I have never heard anything about Germans. Is Germany some sort of a hinterland? Where? In Europe?

– What are you doing when you’re not making music?
I’ve been lucky to have a chance to focus just on music for a while now. I’m very, very grateful about that. When I’m not making music, I’m trying my best to focus on something else.

– What did you learn in 2014?
I learned to forget the shortcuts.

– Your 3 top albums of 2015 up to now? Why?
For me, it’s been a slow start for the year considering new albums. Maybe that’s because we’ve been touring and in those circumstances it’s easier to choose something already familiar to your headphones. I love the debut album of Natalie Prass which was released this year. Next I’m gonna delve into the new albums from Caribou and Sufjan Stevens.

– Which song would fit to your actual situation?
‚Eyes To The Wind‘ by The War On Drugs.

– Which song makes you dance independent of your situation?
I’m not a dancer. I prefer to dance with words but that happens only occasionally. And when I’m moving on stage with my guitar it’s not dancing, it’s more like something what you see in cartoons when someone has taken a hard hit on his head and is looking for reality.

But we have other pretty gifted dancers in our band, I can tell.

– How would your „Bedroomdisco“ look like?
Actually, I bet you would enjoy seeing our tour version of ”Bedroomdisco”. It happens naturally when we’re on the road and the excitement is starting to decline after the start of the trip. Then you can find exhausted young men lying around a hotel room, staring at YouTube with misty eyes, sipping cheap alcohol beverages and laughing wearily on rare occasions. That would be nice material for anyone intending to visit monkey section at a zoo.

– Who did fill out the questionnaire?
Anssi. 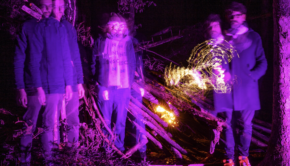 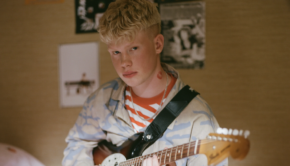 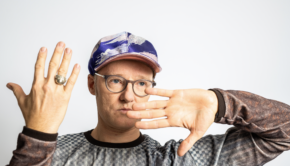 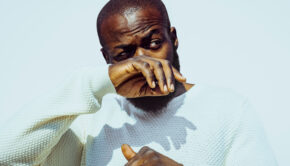