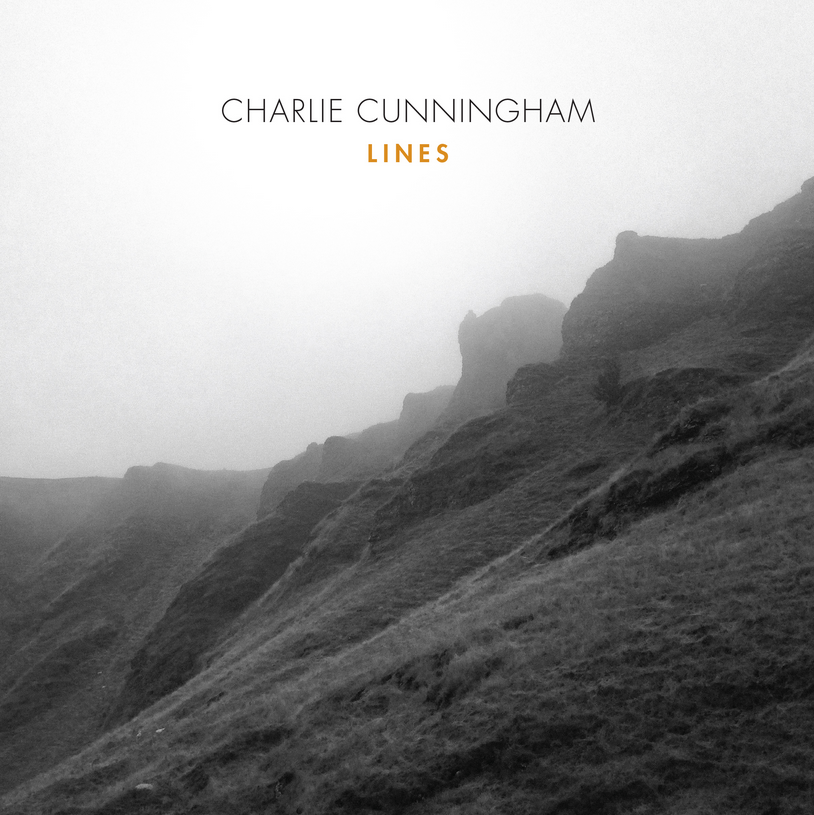 You have a new album coming out, Lines, how are you feeling about it?
Feeling good, feeling good about it. I’m excited for people to hear it. The recording process was enjoyable actually, there were ups and downs, mostly ups though which was good. It was just me and a guy called Duncan in his little studio in New Cross, London. Just me and him the whole time and we worked really well together. I enjoyed it and I’m pleased with how it’s come out. We worked between me doing gigs and Duncan doing his other things, but we were able to work round it.

Do you think it was better that the recording process was like that: staggered as opposed to being intense?
Yeah, we wouldn’t do anymore than four days in a row, which was definitely healthy. It’s good to step away from things sometimes yeah.

What’s your song writing process?
There’s lots of different ways really. But it mostly starts off with me playing on my guitar and I kind of find something that I like the sound of, stick with it and develop it. Then start coming up with melodies, rhythm, but nearly always just starting off with the guitar or piano. The music and the emotion thing are kind of the same thing for me, which is why I’d start with the music as opposed to the lyrics. I’ve never done lyrics first.

How do you think your sounds changed from when you first started making music to now?
I think its developed rather than changed. It all still starts in the same place you know, like the guitar, piano or voice. I guess over my EPs and now the album I’ve developed the sound and production. My first EP was very stripped back whereas I’ve just added more through the years, nothing too dramatic or out there, just a slight embellishment really of what’s already there.

Have there been any particular emotional events that have inspired your writing?
There’s definitely been bits and bobs, ups and downs. And obviously some particularly low moments as well, so they may have made their way into my music. I reckon I’ve never felt particularly low, there’s definitely melancholic aspects to my music but I try and be optimistic. I don’t like to wallow in sadness too much but I’ll definitely acknowledge it when it’s there though. As long as you’re trying to capture some sort of emotion in your music, whether that’s sad, happy, melancholic, I think that’s the main thing.

Why flamenco guitar as opposed to electric?
That’s just my instrument of choice really. I prefer the sound of it and the technique I have as well works with that guitar. But you know I have been playing more electric guitar recently. I really want to buy one actually. I’ve always had to sell my guitar to buy the next one, but I don’t want to sell my nylon. There’s a bit of electric on the album actually, here and there. It’s mainly nylon though.

When did you first start playing the guitar?
I started playing when I was about twelve. That’s a long time ago now. I started off on my next door neighbors old steel guitar which he had in his garage. He basically gave it to me and it was massive, bigger than me. Then ever since then I’ve carried on.

Did you play any other instruments?
I started off with piano, we had one in the house. That was my first one but I didn’t really do any grades in that. I tried playing clarinet at school and I did grade 1 when I was in about year 5.

Piano in the house, are your parents musical then?
They love music, but they don’t really play anything. My mum played a bit of guitar when she was younger but that’s it. We always used to have music on in the house or in the car. So they’ve got a lot of musicality definitely.

Do you have any particular artists that inspire you?
I reckon I’d struggle to say names of particular people, but I’ve taken in everything through life really. Just knowing what I like and trying to work out why I like it. When I was younger I used to watch a lot of MTV and I used to watch it all the time. In the old days you could find so much obscure stuff on MTV2 and it was great to listening to old music. My mum tells me that when I was a kid, Live Aid was on the tele, and apparently I was, as a kid, just completely transfixed by Freddie Mercury. So I think it just resonated with me from a young age. I just like good songs you know.

You have a tour coming up at the beginning of 2017, how are you feeling about it?
Feeling good yeah, I’m up for it. They’re really nice venues, not that they haven’t been before but they’re just particularly nice for this tour. I’m taking a couple of other people with me so there’s going to be a bit more going on on stage. Really looking forward to Hamburg, Dortmund, Berlin. Honestly it all looks lovely.

Do you have a favourite live memory?
When I was in Glasgow I was supporting Rodriguez and there was a huge fight in the crowd. I was halfway through my first song and I heard all this shouting at the back, I thought it was at me. And it just carried on. It was a real ice breaker for me, afterwards I was just like woah. I think everyone was quite sympathetic towards me, which was nice. They weren’t shouting at me by the way, I think they were arguing about a seat, whose seat was whose.

I saw a photo of Abbey Road Studios on your Facebook. What were you doing there?
The album was mastered there. It was such a special day, one of those pinch yourself moments. I’m a massive Beatles fan, especially when I was young. I had a really really great day there. The café downstairs is really nice as well, I had sausage and eggs and a cup of tea.

And finally, any 2017 resolutions?
No I’ll break them. I’ll just see what happens. I reckon just one thing at a time.