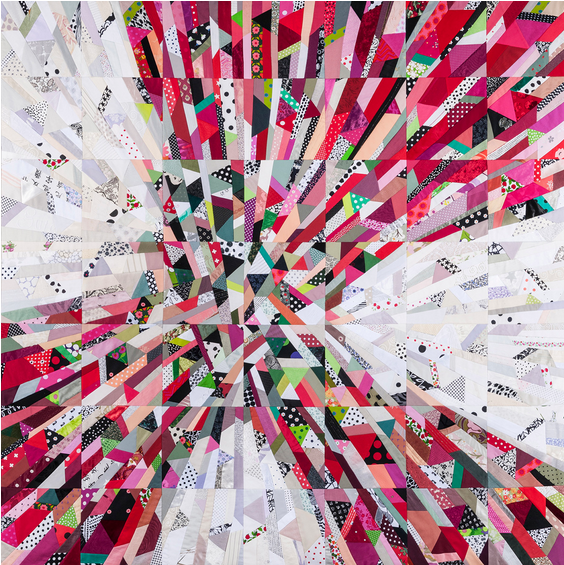 Your new album, Day Fever, came out at the end of February, how are you feeling about it?
Super excited yeah. I can’t wait, it’s been forever. Actually this week on Facebook I had one of those memory things and it was me in the studio, and that was a whole year ago, gosh that’s scary. I’ve had to be very patient. I can’t fucking wait is the answer.

Was it an enjoyable album to make?
It was, it was really fun. I mean it took me a really long time if you count the three years I spent in my bedroom writing the songs and getting into a crazy neurotic cycle and then the ten days in the studio in San Francisco were amazing. Although those were also difficult, for a very different reason. It was equally exhilarating and challenging put it that way, I was really out of my comfort zone because we recorded on tape. On the last record I was in my room and recorded most of it myself and edited everything and could control everything about it into the situation where John Vanderslice produced it and he has a very strict philosophy about making music which is basically I was allowed to play everything once pretty much and it was very much like do it BAM done. So there was really the sense of having to trust a stranger; I spoke to him on Skype only like twice before. It wasn’t like I knew him or any of the musicians I was working with. So I kind of had to just buy into this way of working, even though it was really scary. It was amazing, very hard sometimes. I performed much better because there was a loss of perfectionism that I’d usually have. Kind of like letting go completely.

So you didn’t have much say in the production side of things?
Thing is I’d done a lot of pre-production before; so like I came in with vocal scores and some sort of structure. So I knew some things were definitely going to happen but other things it was like wait what are we doing? Just go play some notes on this instrument and then he’s putting it through five different machines and at the end you’re like what even is this? He’s totally crazy, but wonderful, but crazy.

Would you work that way again?
I would love to do that again. It was so much fun and took so much pressure off. I like the lets see what happens kind of attitude. There was a guy in one of the other rooms recording a hundred songs in two weeks and he had done that already six months ago so these were a new set of a hundred songs – how do you even write a hundred songs in that time? It was amazing I actually watched it. He had three other musicians and just had these sheets with music on them and then would jam for ten minutes then record it and that was it. It was the complete opposite to how I make music, so it was very cool to watch.

When you first started Dear Reader there were two of you, do you prefer working solo?
Well at the moment I am a bit like it would be nice to have someone to moan at when shits bad. Like what the fuck are we ganna do or whatever. But then of course I have complete control over everything. It’s difficult I mean Darrel and I we had very different ideas about what music we wanted to make. I think at the beginning I didn’t know that; he was ten years older than me, a producer and had a load of experience so he really taught me loads of things but then it came to a point where I knew I had to figure out where I was and had to be apart from him to do that. We’re really good friends now, which we might not have been had we stayed together. We might have actually killed each other. I think part of my personality is I like being bossed around which is why I worked well with John but that means when I’m in this situation with someone I let them take control. So I think being by myself is good cause it let’s me figure out what I want to do. If I met the right person, it’s a bit like getting married or falling in love really. I hope so. I’m done with the single life.

Why did you choose the name ‘Dear Reader’?
Oh god. So long ago. Well actually it’s from Jane Eyre. At the time I was looking for the name I was reading it, and you know she’s always narrating and then just talks to you, Dear Reader. Really lovely.

When you sit down to write a song, what comes first: the music or lyrics?
I’ve written songs in both ways but mostly I just sit down and play and sing something at the same time. A lot of songs on this record were like that where I don’t actually know what they’re about. I think that’s always really interesting, your subconscious making itself known. It’s not always like that, but often. And then obviously afterwards you have to craft, work on it, create more than just a verse and a chorus. For the last album I had a proper concept where I was going to take old South African stories about these things and that was also really fun. Just different.

Do you think your song writing process keeps changing the more you make music?
Yeah, I mean it’s good to know that I can do that. That was something I was always afraid of you know cause I would always write as I described, from my subconscious. They arrived when they arrived. So a part of me was like maybe if I try too hard to write then it won’t be as good. But that isn’t true. It’s cool to know I can do that and I had to make some music for film too and that writing on demand to a deadline that was also good. I think there is something special about not trying and stuff just coming to you, artistic flow. I took a lot of time to write this new record, which maybe wasn’t the wisest decision, it would have been four years now between the two, but I didn’t want to feel like I had to write something, which is why I took that time. But also too much unstructured time is not healthy, and financially of course.

You’ve got an upcoming tour to promote the new album, how are you feeling about that?
Good, I have new musicians who I’m working with who are so fucking cool. Evelyn is good friend of mine from New York and she plays synths, and introduced me to academic electronic music but we’ve also started listening to super religious music even though neither of us are actually religious. We sing together a lot and she plays synths, which I needed. Then I had to look for the others. Stella is from Sardinia and she plays the cello but through lots of effects. Then Olga’s from Russia and plays the drums. Pretty fucking cool. It’s been a lot of work, I do this every time, new musicians. We have to learn both new and old songs but it’s really cool. We’re all really different but still get on really well. It’s all very new so see what happens when we have two weeks in a car together.

Do you think you could choose between recording or playing live?
I think it’s so good to have both. I know some artists really prefer one or the other but I think the seasons are important. Like now I’ve had this very long and eternal reflective season as we’ve discussed, so now I need to be social, in the world and busy. That’s really healthy I think. Usually I crave whichever one I’m not in, now I’m really excited to be playing shows.

What’s your favourite thing about living in Berlin?
I think just having so much freedom. I don’t think it’s something that everyone can understand but when I first moved here it was a really big deal that I could walk round by myself and be alone and free. Sounds stupid but in Johannesburg we drive everywhere, even if it’s only half a kilometer away. Cause there’s no pedestrian culture, South Africa’s a whole other thing. For my whole life it was like you’re a girl and it’s not safe, all the time. And I love the green space in Berlin, I feel like you have everything you need. Great art, museums, music, things are happening, you can always get input but you can always get your own space. The weather can be fucking terrible, but other than that, it’s super cool. Lots of cool people here. I’d love to live somewhere warm, but you can’t have everything you know. Moving here made me realize how hard it is to move, so I’m not sure I’ll actually move in the near future.

Any new plans for this new year? Another album maybe?
It’s crazy, I’ve had a year so you’d think I’d have some more of a plan. But I’m open to working with some other people, I don’t think I’m pushing to work in that day fever space. Working in a different way. My band mates and I were talking about making some music. I also really want to play the bass. I think part of me holds myself back because I’m very cautious; I like to find the right people as opposed to throwing myself right into things.