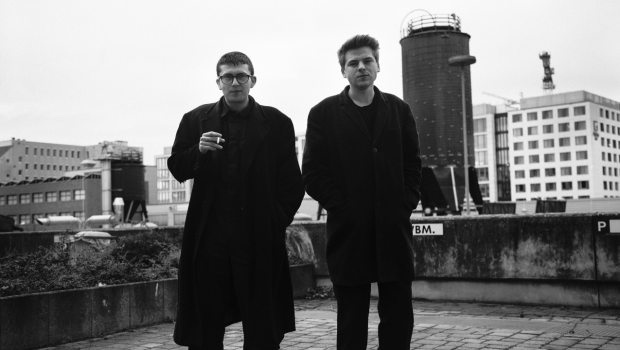 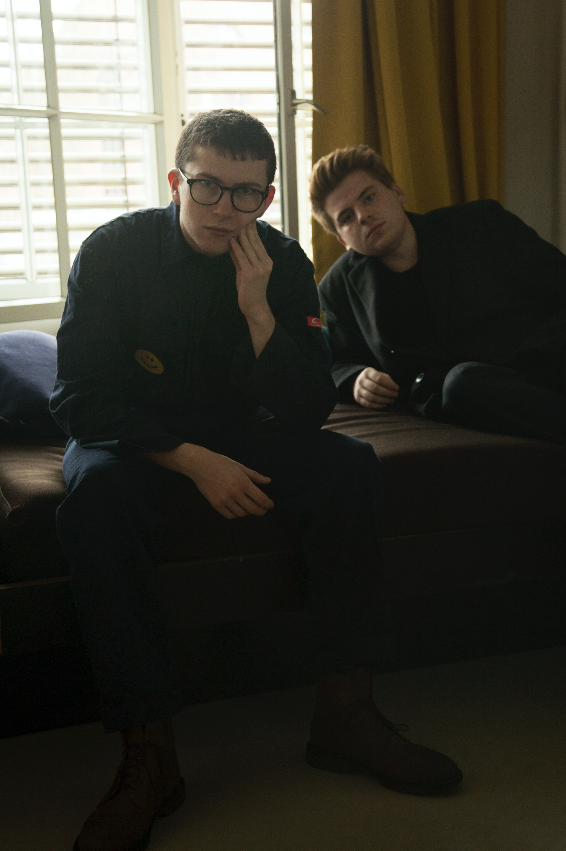 Where did you all meet and when did you form the band?
Eddie: We all met at school in South London at various times during our growing up stages. We started the band at a pub called The Queen’s Head in Brixton, because our drummer’s dad was very good friends with the man who ran the pub. We shared the rehearsal room with the Fat White Family, so that’s where it all started and when it was born.

So did it all start by jamming together? And was it the 5 of you right from the start?
Charlie: Kind of. We’ve known each other since we were pretty young and we all knew each other’s interests in music. Well I can’t play an instrument. I was handed a bass and played about one note and then sort of had it taken off me. So Josh our bassist joined the band, which was only 2 weeks or so later. We didn’t have any instruments in the practice room, it was all really bare and nothing worked. So first of all we took a few weeks fixing stuff and working it all out and then started playing around and taking things from there.
Eddie: That rehearsal room that we had, if you left anything in there, there was a very small chance you’d ever see it again. We had to get quite creative and resourceful.

Why did you name yourself Shame? In what situation did you come up with the name?
Charlie: Our drummer’s dad, again, who’s nickname is Lennon, because he looks like Lennon, was the one who came up with the name. It’s such a hard decision to name a band – we all just came up with sh** options.
Eddie: He suggested Shame. And I thought it was absolutely terrible at first. We went for it for the first few months, thinking we’d change it again. But that didn’t happen. I hated that name for so long, but then I started to like it. People who don’t know who we are always think we’re a metal band, which is pretty funny.
Charlie: Yeah, either metal or really sad emo.
Eddie: That adds to the humour, I guess. 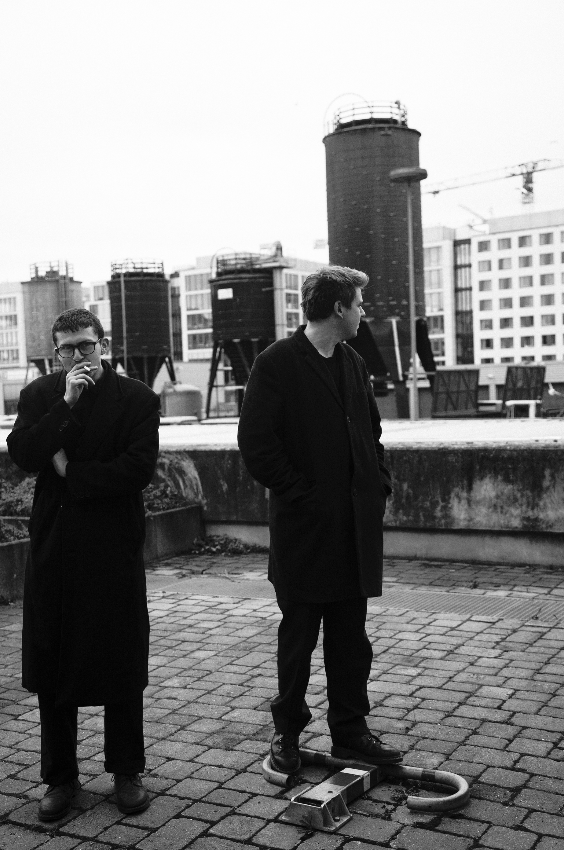 You’re based in South London – as we heard not the easiest neighbourhood for bands and musicians right now, as some venues have closed down. But there seems to be a movement run by bands like yourself, Goat Girl and King Krule, who set up shows and support music & art and things like that. How do you feel about your neighbourhood and what connections to other bands and artists have you got?
Charlie: Everything is quite incestuous in South London. Everyone knows each other.
Eddie: Lotte, the lead singer of Goat Girl actually went to school with us. When this scene of bands started, maybe half a decade ago, with bands like King Krule, The Fat Whites and Childhood, people were supporting each other and playing gigs together regularly. That’s what we did, we had our first gigs at The Windmill in Brixton. When we started putting our own night on there, we knew there was a lot of good music in the area and we wanted a reason to play with all these amazing bands. It’s definitely always been a vibe of helping each other out.
Charlie: It’s a community.

What are the best and worst things about your neighbourhood?
Charlie: We’re hardly there any more it feels like, with all the traveling and touring. Where I live, there used to be a really good place to get an Italian sandwich. Now it’s a Starbucks.. Eddy lives in Streatham Hill, I really like the pubs there.
Eddie: There’s no shortage of good places to drink. You can get a great social life in London, but everyone is quietly aware, that it’s getting more and more difficult and less affordable to do anything.
Charlie: One of the worst things as well is how early everything closes in London. Especially coming to Europe I’ve noticed that. You can’t stay at a pub later than 1am, that’s something I hate.

Charlie you said that you’re interested in ‚the surrealism of reality‘. What do you mean by that?
Charlie: I always find real life funnier and more ridiculous, than fiction or anything humans are capable of imagining. For example, had we sat here talking one year ago and I had told you Donald Trump is gonna be president of the USA, Theresa May is gonna be prime minister of England and Brexit is gonna happen and that Kim Jong-un and Donald Trump are going to war over twitter..
Eddie: That pretty nicely sums up the surrealism of reality. You just go around looking at things.
Charlie: George Orwell’s idea’s have been pretty tame in comparison to what actually happened. Eddie: 1984 is looking a bit vanilla now.

You’re now signed with Dead Oceans – how did you come in contact with them and why did you decide on them?
Eddie: They came to a few of our shows over a period of time and then offered to work with us. We went for it, because we really like the label and their roster.
Charlie: Like with every major decision, we didn’t rush. We met a lot of people and they seemed the most genuine. All the bands I listen to on Dead Ocean and Secretly Canadian are special.
Eddie: They’re a label of quality. And most of their bands are from across the pond, which opened up another option for us too. We never wanted to limit ourselves to just Europe. 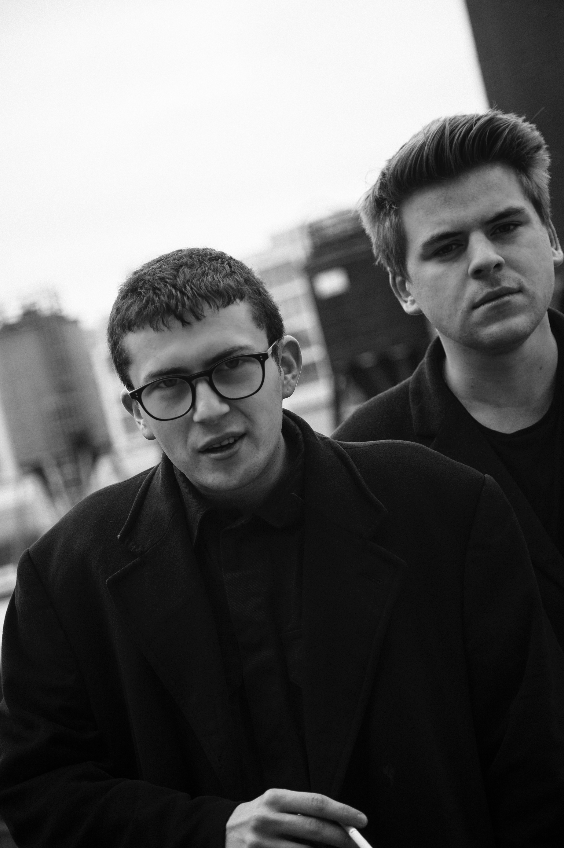 Shame is being described as “the forefront of a compelling new scene in the capital” (NME) in the PR-Text. Are you at all nervous about the release of your debut album Songs of Praise? Are you getting a sense of pressure with all the attention?
Eddie: At first when I heard that remark, I was more surprised than anything. We’ve never seen ourselves at the forefront of anything. It’s always been a bit confusing and surprising, as to why things are going so well. No, I don’t think it’s adding pressure, it’s just a very complimentary thing to hear. But it doesn’t influence the way we’re doing or perceive things.
Charlie: I guess the night before the release we’ll be feeling the pressure. We’ve been doing this for three years now, so it doesn’t feel like something new is happening. The only difference is, that something will be out on the internet and in our hands.

With the album out soon, can you share some memorable happenings during the production phase? Any specifically intense moments?
Eddie: That was a very funny week. We’ve recorded it at a studio called Rockfield in Wales, which is in the middle of nowhere.
Charlie: It’s so beautiful up there. You’re on a farm, a mile and a half away from the little village.
Eddie: We could access the studio 24hrs and dedicate a lot of time and effort. In one room we’ve set up all the guitars and things got intense in there. Charlie did all the vocals in another room.
Charlie: They basically turned the building into one massive metronome.
Eddie: It was all pretty memorable. On the last night, when we’ve finished everything, we got really drunk which was good fun, drinking whiskey in the bath at 7am.

The video for the first single One Rizla follows you frolicking through the British countryside. Is this where the inspiration came from then? How was the making of it?
Eddie: That idea has been inspired by one of Charlie’s favourite films, Whitnail & I. We watched it together and definitely drew heavy influence from that. It’s the same reason, why we had baby pigs on the album cover. We wanted to give off the idea, that we’re just nice guys, even though the music might indicate us being weird and scary.
Charlie: I think the album artwork was influenced by the recording session. And for the video, we wanted to turn that artwork into a moving image piece and have a similar aesthetic. We’ve spent a lot of time on farms this year for some reason.
Eddie: Those pigs however, were not as friendly as I thought they’d be.

What? They look adorable!
Charlie: If you pick them up by their belly, they scream so loud they pierce your ears! As soon as you get them in your arms, they’re all snuggly but before that it’s 20 seconds of pure nightmare.

What were your influences for the lyrics and the music on the album?
Charlie: I do all the lyrics, while everyone else does the music. Saying that though, everyone is there during the whole process. That’s why it takes us so long to write a song.
Eddie: Musically the record is like a summary of the music we’ve been listening to as a band over our entire lives. There’s no one direct influence or specific era.
Charlie: Lyrically as well. Because this album has been over the whole period of the band, it’s almost like a mix-up of everything. Some songs are personal, some are social commentary, some of them are trying to tell a story and some are maybe a bit political.

The evolution of shame?
Eddie: Yes! Album Nr. 2 title! You’re getting the credits.