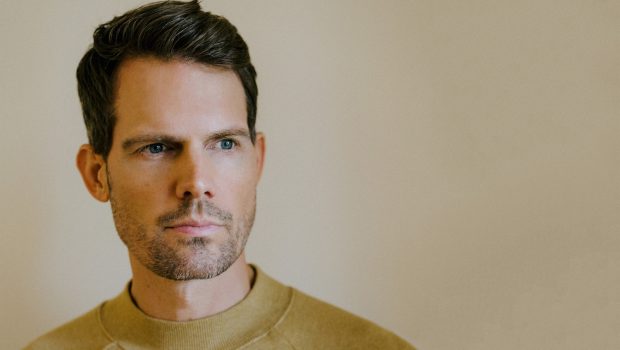 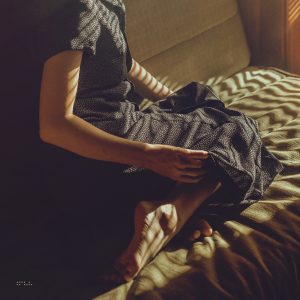 – What is your first memory of a contact with music? When did you then start to play music and write your own songs then?
I think I was about 8 and my dad’s friend gave me Sgt. Pepper’s Lonely Hearts Club Band and I just kept listening to A Day In The Life over and over. It didn’t seem to follow any rules and really changed my perspective about what music could be. I never really thought of music as something I could do so it wasn’t until I was 20 and I was given a broken drum machine that I considered getting into making music.

– Which musical influences did you have while growing up?
I listened to a lot of standard rock stuff like Zeppelin, Creedence, Sabbath, AC/DC. I got into metal during high school. I think the only “electronic” music I had was Erasure, love all their stuff.

– First music seemed to be kind of a hobby besides your graphic works, how did it become more important for you and what do you like about music and what about your graphic works?
Yeah it was pretty much just a hobby until 2010 when I decided to quit doing design work for hire and just focus completely on music. I felt like I had done a lot of what I wanted with visual art and music seemed like a more expressive art form to me. I still do all of the visual work for Tycho but I spend the vast majority of my time on music now. 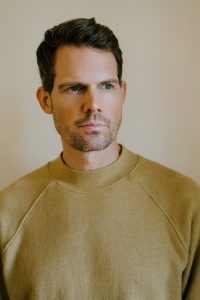 – With the time Tycho became more and more important and the project grew bigger with every album and tour – how did you experience this and how did the project change throughout the years in your eyes?
It’s been really fulfilling to see the project grow and evolve to include more voices and ideas. For me it remains the same conduit for my artistic vision but I now have a lot of great people involved who can amplify and hone that vision.

– After the project become more and more kind of a band set-up, Weather features for the first time vocals and lyrics – was this always an aim for you, how did this change the work on the record and did you also write the lyrics?
I set out to make a vocal record in 2003 but it didn’t come together as I had envisioned so it’s always been a goal to revisit that idea. There was a learning curve and some new challenges that came with working with vocals but in general it all felt like an extension of my normal process. Hannah (Saint Sinner) wrote all of the lyrics.

– Who is singing on the new record and how did you choose the singers/get in contact with them?
Hannah (Saint Sinner) sings on all of the vocal tracks. We met through a friend while she was visiting family in San Francisco and I had her over to the studio to try some things out. I immediately knew I wanted to build a record around her voice.

– Could you tell us a bit about the production process of the record? When and how was the record done, which was the best, which the worst moment of the time and which is the most told anecdote of it?
I recorded and produced the entire record in my home studio during 2018. I just remember the entire process as being a high point in my life and career, that was one of the most inspiring years of my life. The mixing phase is always difficult as you’re forced to make final decisions and deal with a lot of the more technical aspects of the production but it’s also where a lot of the beauty is brought out.

– You also decided to release the songs in two versions, with lyrics and instrumental, with alternative instrumentation. What is your appeal in instrumental music?
I wanted to see what would happen if I approached the same song from two different perspectives. There are unique challenges to making both vocal and instrumental music and I wanted to experience both simultaneously. I think I learned a lot about myself and the music during the process.

– As the visual side of the project was also always a big part of Tycho – what were your plans for Weather and what is still to come on the graphical part (videos, tour visuals)?
I’m working on the new visuals for Weather right now. My goal is always to find ways to highlight the narrative elements of the music with the visuals.

– After adding vocals / lyrics to the songs – what possibilities and plans do you still have for the future of Tycho sound/production wise?
I have a couple records in the works right now, I just want to continue to evolve and find new ways of expressing myself.

– What are you doing when you’re not doing music?
I try to spend as much time in the outdoors as possible, it’s where I find a lot of my inspiration and peace.

– What did you learn in 2018?
How to work properly and stay healthy while doing so.

– Which song makes you dance every time?
Airbird & Napolian – In The Zone

– How would your Bedroomdisco look like?
A projector and a fog machine.