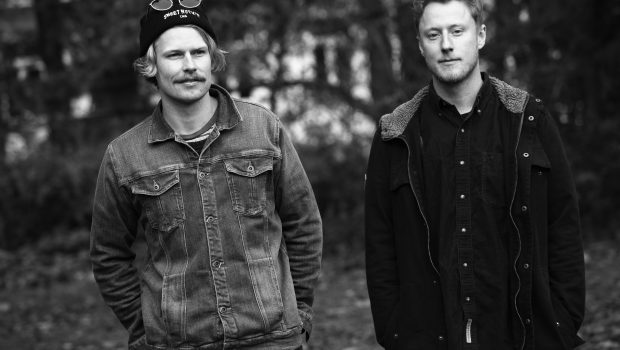 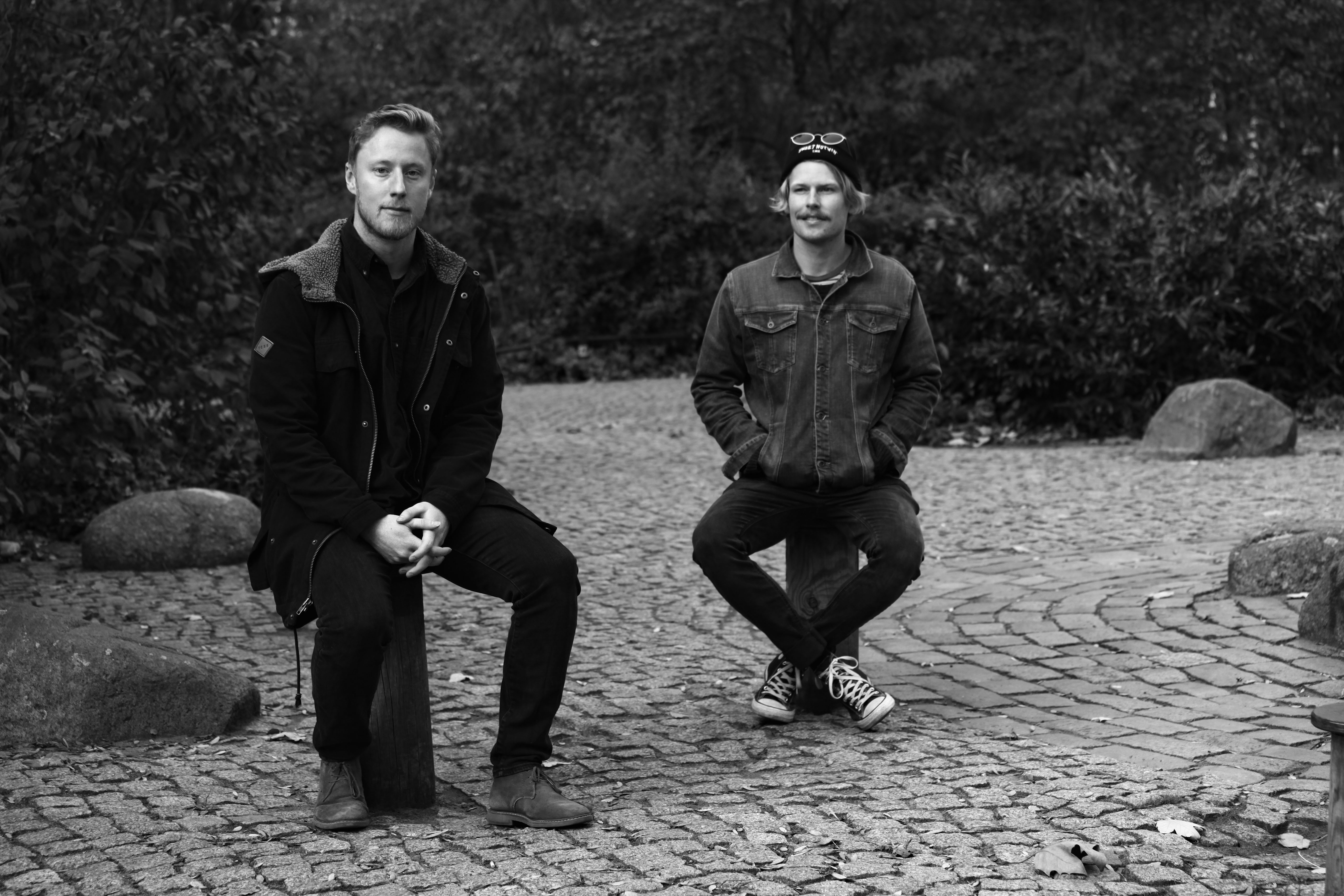 You recently asked your Social Media followers to define the genre of your music. So what’s the result?

Ryan: There were so many different results, it was quite entertaining. We got experimental metal, which was so far off. I think people just ended up taking it as a but of a joke. A lot of people said road trip music.

Matt: I guess we just did it, because we didn’t really know what genre we actually are. We’ve been saying that it’s indie folk for a long time.

Ryan: But I think with this new album the sound is getting a bit bigger, so we thought maybe it’s indie folk rock… we just wanted to see what people would say and see the responses.

If you could recommend listeners a way of exploring your music – how would the ideal setting look like?

Ryan: Maybe on a hike or somewhere in nature.

Matt: Anywhere, where you can be in your own space and just enjoy it. Somewhere peaceful. Or if it was a rainy day inside, having coffee and snacks and listen to it on a record.

You’ve had millions of streams on Spotify before your debut album was even out.. 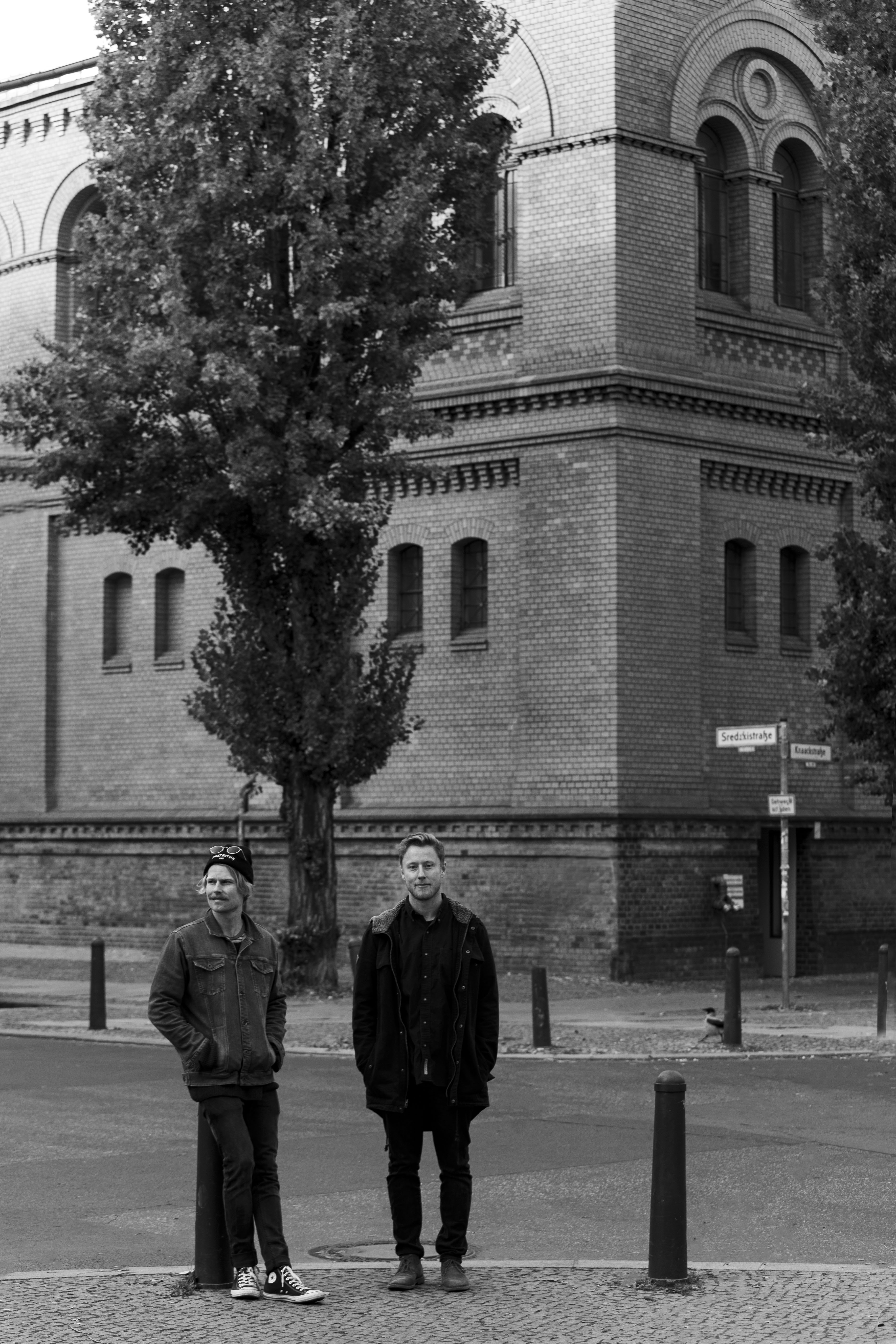 Matt: Yeah it fully took us by surprise how many streams we got. We weren’t expecting anything and we signed with the label called Nettwerk that is based in Vancouver. They’re really good with getting playlists and quadrupled the streams.

That’s crazy – and when you performed together for the first time too, some songs had already hit 1 million listens on Soundcloud, right?

Ryan: It was crazy. When we first recorded the first few songs, we just did it with a friend in his garage. Part of us was like, ah it’s just rough recordings, maybe we should just put them on Soundcloud and that’s it. Then it just went crazy up there and we were just super shocked by it all and eventually added them to iTunes and Spotify. From there it took off even more, we just couldn’t believe it.

That must be super intimidating? Had you performed individually before?

Matt: Yeah totally. It was so funny. The first show we did was in Toronto and there was like three people and Ryan snapped his guitar string. We were real nervous and stuff..

Ryan: We didn’t even announce it as a Hollow Coves show, because we were too scared it would be really bad. So yeah, it took a lot of practicing and rehearsing until we got to a point where we felt comfortable doing a proper show.

Matt: I was doing a little bit of music as a hobby. I wanted to be a carpenter and did my apprenticeship. Neither of us thought that music was gonna be like a career.

When and where and how did you meet?

Matt: I was doing this other duo project. The guy who I did it with, his name is Ryan too, left to play drums for this heavy metal band. Then our mutual friend got us connected so I went to Ryan’s place one afternoon and we started writing. It was very organic and natural how it happened. We didn’t pursue it as a career, it was just for fun. Then we had these songs written and wanted to record them and then well we put them on the Internet..

Your debut album, Moments, was released earlier in October – has it been in the works since your EP Wanderlust came out two years ago?

Matt: I guess we started working on it a year and a half ago. When we were in Bergen in Norway. We were staying at this Airbnb up this mountain called Moint Floyen and on the last night while staying there, it was real cold and getting cold. We were debating whether we should just stay inside or go and explore. We decided to go out and ended up doing this incredible hike up in the mountains. It was just the most beautiful scenery and the sunset was coming down and everything was real golden and beautiful. We had the realization that in life you kind of either stay inside and do nothing or go out and make the most of the time that you have. That’s where the inspiration for the song came.

That’s beautiful. And the album then formed around that song?

Ryan: There were other songs we wrote before. They were all inspired by different moments over the last few years. Then we wrote that song and were trying to think what the album should be called and just felt like it fit. Some of the songs are from years before and ideas that have been floating around and we just listened back. After the first EP that was all the music we had. Because before then I’d been living in Canada, Matt had been traveling in Europe. So we hadn’t actually been working on music and when then things started taking off we though oh maybe we should write some more songs.

Matt: Actually do some work. It took us a while to get back on our feet and write some music. We’ve kind of been playing catch up until now. From never expecting anything we’ve had so much to learn. That’s why it took us so long to get the album ready.

Anew is opening the record with an intention to look forward and be willing to change ones perspective. What inspired you to write the song? 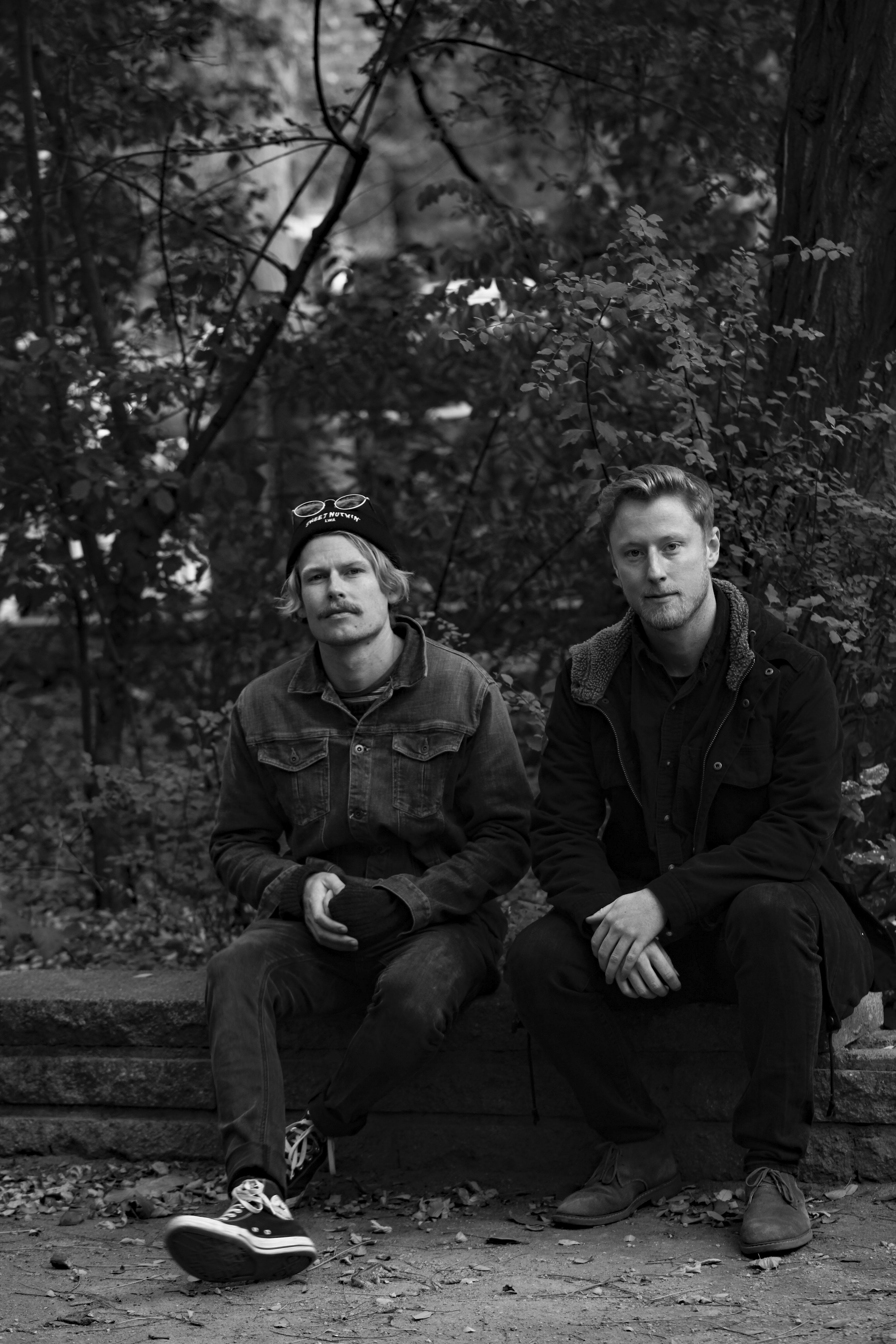 Ryan: After the first EP we got a ridiculous amount of messages on social media and still get some every other day from someone saying that they’d been struggling or had anxiety or mental health issues and that our music helped to move through it. When we started getting all these messages we realized how crazy powerful music can be to affect people and have a positive impact in their life. We just see it everywhere in the world. Depression is so apparent, in Australia for example, in our age group, the number one cause of death is suicide. So we hear these things and see people who are struggling and we were just inspired to write something that could try to speak a positive message into their life or directly tell them, hey life has ups and downs. You might be in a low point now but things will get better. Trying to inspire them or motivate them to see that there is beauty in life and perspective is so important. And if you make an intentional effort to try and see good and not focus on the bad then things can shift.

That’s so heartbreaking and beautiful at the same time.

Ryan: After releasing that song we’ve had messages already from people thanking us for it and ah man I mean that’s the whole reason we’ve put it out there.

Matt: There was this homeless man too who messaged that the song got him through living out in the bush for 18 months.. We just get rocked by it, it’s so rewarding.

Ryan: A lot of our favorite artists write quite sad songs. I think there’s beauty in the sad songs, but we also just wanted to write something that could be positive and uplifting which was something we were really intentional about with the album. Trying to steer clear from the sad songs.

How did you approach the songs? Where do you usually start?

Ryan: Often the start of the song will happen separately. We’ll just be playing and come up with a guitar part or a melody and record it on the phone and just sing gibberish over the guitar. And we then have a Dropbox folder with all the ideas that we go through together and decide on which ideas are the best. Then with whichever ones we both agree on we’ll sit down and listen to it and see what it feels like and what it might be about. From there we’ll try to relate it to something that we’ve experienced in life and then start to write lyrics together.

You produced the album in England with Chris Bond, who has worked with big names such as Ben Howard and Xavier Rudd. How was that?

Matt: It was a great experience. It was hard and good at the same time.

Ryan: We learned so much – he’s a wizard. He’s a different creature. He’s so talented and so amazing at drums but also very old school in his approach. He’s all about the feeling and he didn’t want to record anything to click track, so we had to get so in synch with each other, we played everything together and then the journey of the song was always super important. Chris sees tempo as another dynamic.

Matt: He was playing drums or keyboard or be on the base and we’d be in the room playing together and rehearsing. We’d just jam out to get the feeling of the songs. It was fun but it took a lot of time – in a good way. It was like staring a brand new band.

Ryan: We definitely grew as musicians through that whole process, cause he kind of pushed us and challenged us to be better. And I do think that as a result the album is better and the songs have this interesting journey and movement in the songs.

Obviously traveling and emerging in nature play a big role in both of your lives. What’s the biggest lesson you learned from leaving the comfort zone of home?

Matt: It gives you a whole new perspective of the world to get out of your own bubble. Other people do life so differently and there’s not really a right or wrong way, I guess it’s just a love on people. Everyone deserves a chance. 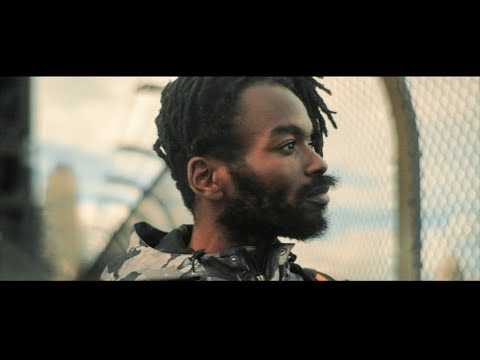 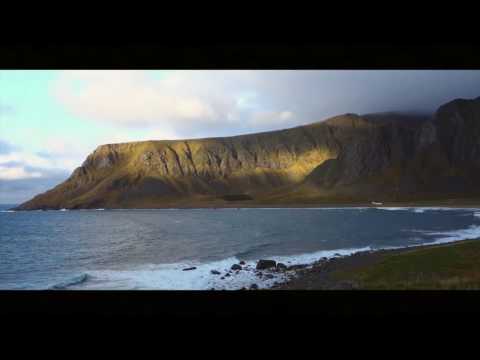 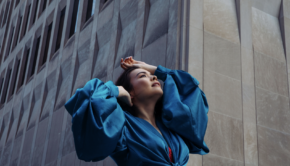 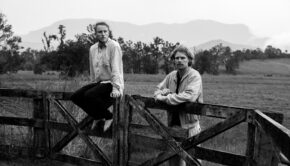 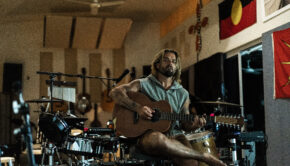 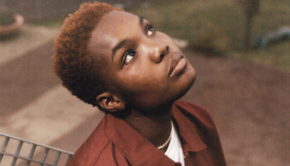