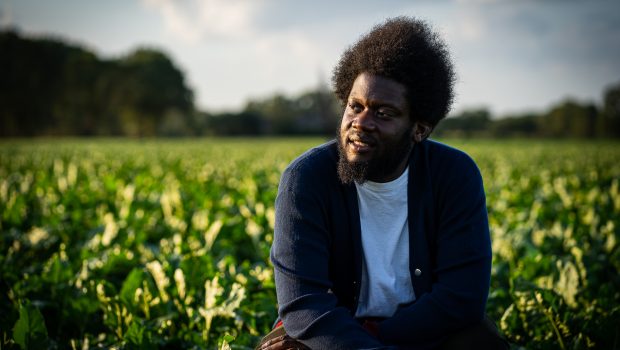 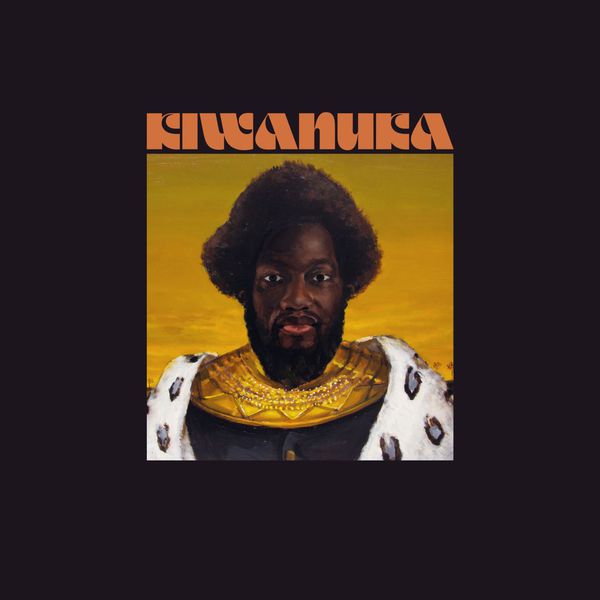 How would you sum up the last three years after the release and success of Love & Hate?
It was really nice to have the response to the album, it blew me away. It felt exciting to see so many people in different places connect with the music. I travelled to different places and played at festivals. But it was also about balancing the job of a professional musician with real life. This is always tricky but I‘ve been working out to do that. I‘m not living in London anymore. I grew up in Muswell Hill, then I lived in Camden for ten years and about a year ago I went to the south coast near Southampton where it‘s nice and quiet. I watch movies, hang out with my wife and friends, listen to a lot of records, go out walking. I try to do as little as possible. I like the empty-in-the-brain-feeling. I also love watching football, I‘m a big football fan.

You are supporting Tottenham Hotspur F.C.
Yeah, I‘ve got my badge here (points to his jacket). It‘s always on. Big Tottenham fan.

What have you done on the night of June 1st this year?
You know, I was at a wedding. I had to watch it on a phone (the Champions League final against Liverpool F.C.). After the first minute I knew what was going to happen, the start wasn‘t good. It was an interesting final because even Liverpool who are always so vibrant…after that goal I thought it would soon be four or five for them…they‘re a lethal team now…but even they looked a bit tired. Klopp was saying for a final it was tough because you get two weeks with nothing and it kind of goes out of the players. I think he‘s right, you have to start again. But I have to be honest: To get to the final we overachieved. I was obviously disappointed but if you had said to me at the beginning of the season that Tottenham would be in the Champions League final, I would be like…dream on. I went to the quarter final in the new stadium against Man City and watched the first leg, I really enjoyed that. 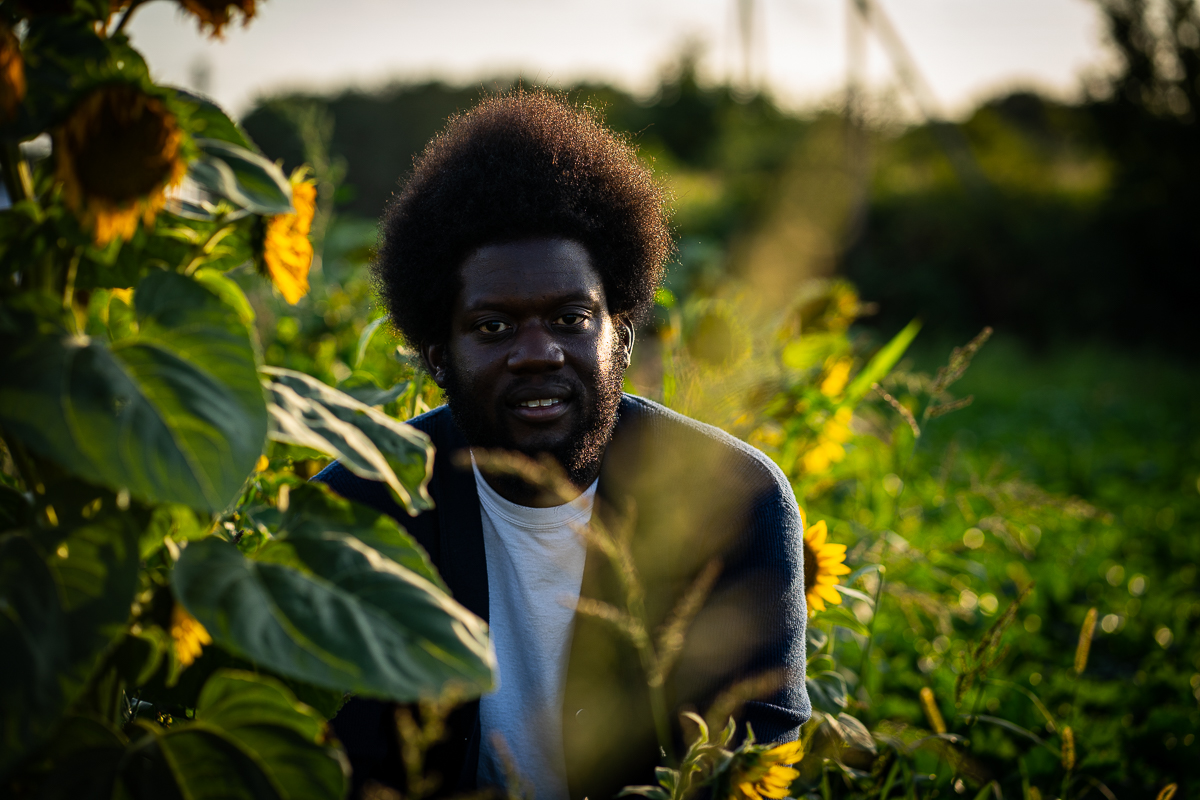 Alright, a bit of football, always important for us and the English, nice….but when you got used to the idea of making a new album, what kind of ideas did you have in mind?
As we got into it, I wanted the music to be really…the only word I can think of is vivid. You can have dreams where you vaguely remember what happened and you get the feeling of it. And you can have really vivid dreams where you remember every detail of it, the colours and all the pieces of action are clear. I wanted every sound and every piece of the album to be really clear and vivid. I wanted the listener to get a loud clear vision of the world I was trying to create. The person listening would be teleported to this different place and just be there for 50 minutes, and it was that vivid, vivid made-up world with colours and ideas and sounds and feelings. Then it would finish and you wake up and get back to your day.

Let‘s talk about the tunes. I‘ve Been Dazed sounds psychedelic, dream-like and therapeutic at the same time.
Musically it started to come out during the first sessions in spring 2017. I still got this obesssion with Eddie Hazel and his guitar playing in Funkadelic. His playing was always like a daze for me, it‘s got a otherworldly quality to it and also a melancholy when you lose perspective in certain moments of life. I‘m describing those feelings of being lost emotionally and mentally. Every time I hear those guitar chords it always feels like one is going through the motions. You‘re wondering what you‘re doing with your life on the planet. You can have all those things in life, but just take time and get through it, then it will be okay. Time does heal a lot of things.

Do you think that things can still go wrong for you as an artist?
Yeah, they can definitely go wrong. The older you get, the bigger is the impact of the decisions you make. Being 15 in school or being 19 and deciding to drop out of uni…I didn‘t think about it the next day. I remember looking at the sheet in the exams, I did it all right but I was the lowest in a small class. I remember thinking that I wanted to leave, I wasn‘t having a good time, I didn‘t turn up to the lessons and didn‘t think about it twice. But when you get older you have more responsibilities. Decisions mean so much more. 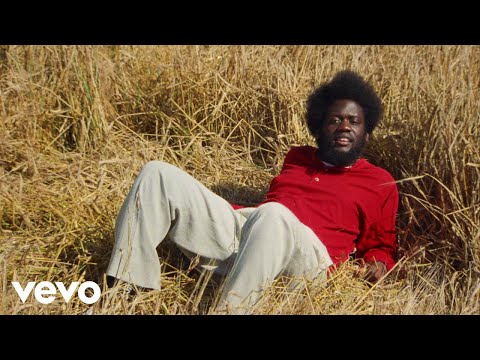 You‘re starting out with an uptempo groove in You Ain‘t The Problem.
Oh yeah, that was a good one, that was a fun one. That to me is more of a defiant song. I was singing against the negative force. It has to do with self-esteem and self-evaluation and self-acceptance a bit. During the making of the album I went through a period where I had all these doubts. I thought I really have to stop doing that and I realized all of those things were self-inflicted. The song is singing to myself and to everyone in moments when you feel low or down. Young people have these struggles today, you‘re looking at people‘s filtered lives and the dilution effect. Others give you a snapshot on social media and you think your life‘s not as good and something is wrong with you. But there‘s nothing wrong with you at all, so I‘m singing about that. It‘s more of a song of defiance to kill those thoughts.

The beat in the song reminds me of the work of a well-known record label. Have you got a lot of Motown albums at home?
I‘ve got quite a few. I‘m definitely a big Marvin Gaye fan. Here it was Brian‘s idea, he started with the Motown beat. When I was singing the melody I was actually trying to be more like Gil Scott-Heron. He had such hard and edgy but also positive messages and he could rap a bit. I wanted to do something fast-paced and thought about Gil Scott-Heron and all his lyrics, what he would say.

The word defiance also comes to mind when one thinks about the record title Kiwanuka and the cover. It‘s a statement of intent, isn‘t it?
A hundred per cent, yeah. I just wanted to change the perspective of how I saw myself, how I saw even my history and where I come from. In school I was always trying to be someone else. I looked at football players in the England team when I was 10 and there were no African names. On TV and on movies I kept looking to see for something else that wasn‘t me in order to feel I‘m acceptable. This album is about me finally stopping to do that. It goes against the idea of having an alter-ego personality, it goes against having a stage name. I want to talk about being the person that I am and celebrate it and not having to dilute it and make something up in order to be accepted. That‘s what this album is for me, to make myself understand that and realize you get the best out of life by accepting yourself. 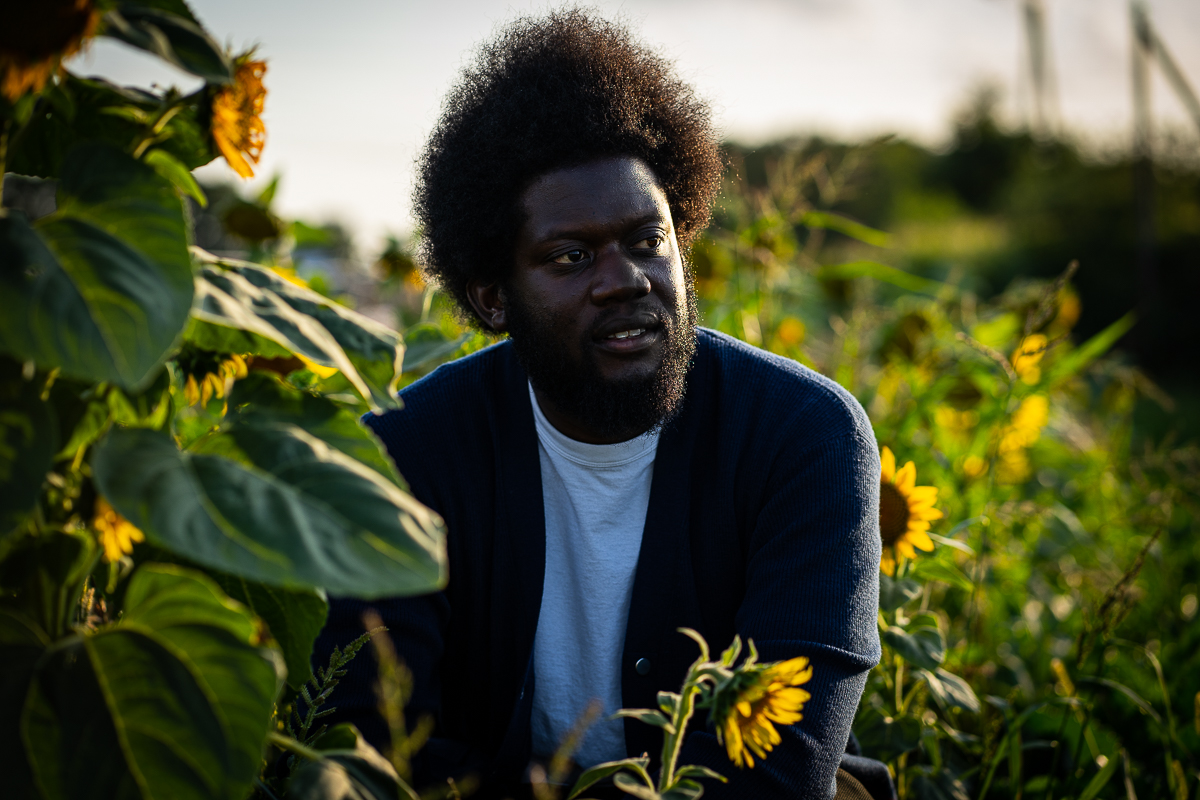 You look like an emperor on the cover.
(laughs) Yeah, on these kind of pictures you usually see a Mona Lisa or a King Henry, I never saw any African in that. The artist who‘s done the cover is a young visual designer from Atlanta, it‘s his style and we went with that. He depicts any classical fine art but he‘s doing it in the context of today for his culture and his people around Atlanta. I thought it was interesting switching it to my person, having an African name with an African looking me as a person whose parents have been born in Uganda. I‘m not the skinny G indie rock‘n‘roll kid that tries to fit in with people at Muswell Hill anymore, I don‘t need to do that.

Have you ever been to Konk, the most famous studios in the Muswell Hill area?
Yeah, I love that studio. We mixed Love & Hate there and this album there, it‘s my favourite studio in London. That Neve desk, it has this sound, it ties everything together. With both albums the music was cool but is sounded kind of crazy. Then we went to Konk and we put everything through there. It gives it some magic. I don‘t know what it is. People never know what I mean by that, but time in that studio really does make a difference. 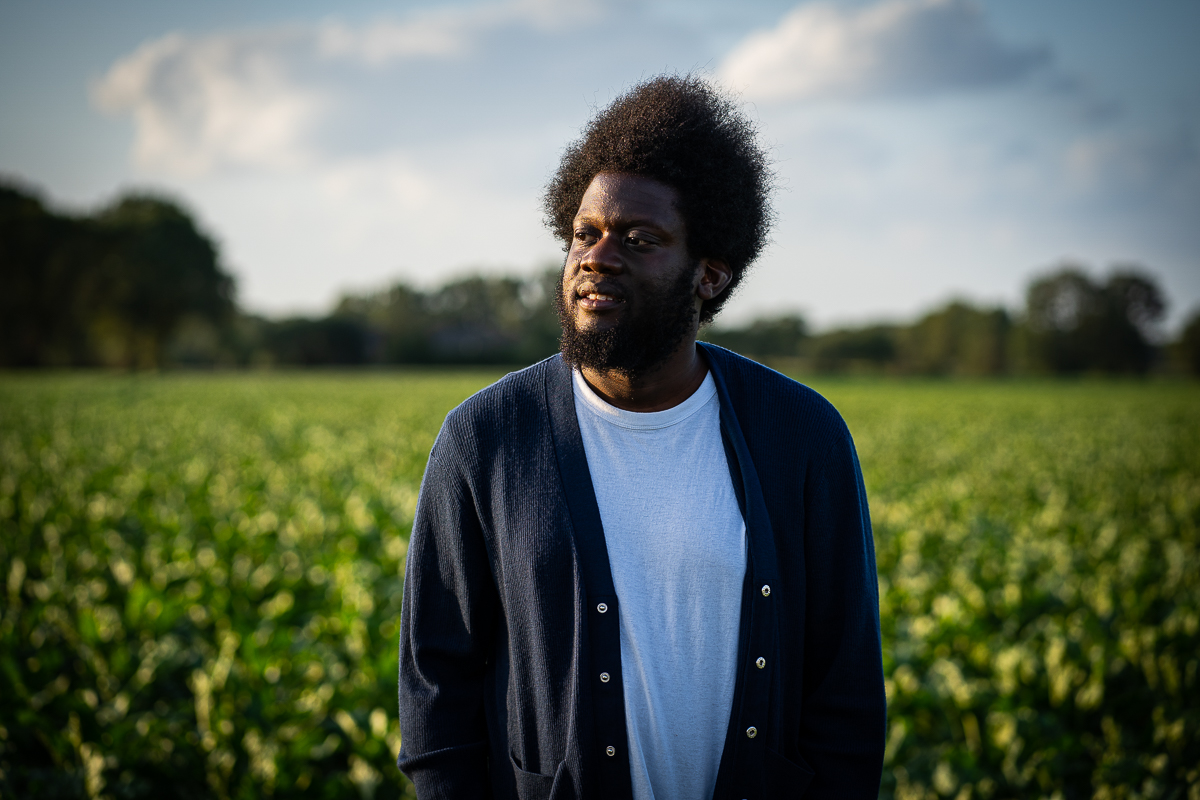 Is the spirit you‘ve come up with on the track Black Man In A White World still a valid one for this album?
One hundred per cent, yeah. With that song it was more me beginning to accept it, but there is a melancholy to it thinking I‘m a black man in a white world. Now it‘s more like we all have have differences in a our unique little way, now there‘s more a pride in it. I‘m proud to be an African, but it‘s not a stereotypical blackness I‘m referring to. It actually doesn‘t matter what skin colour you are, you are who you are in a certain place together with other people who also speak, eat and go to the loo. People who have influenced me and allowed me to be proud are Gordon Parks, I thought a lot about him during the making of this record. There‘s James Baldwin too and people like Clarence Avant. They were black people, but they were pushing and questioning what that really means. They were doing things that were considered not black, Gordon Parks what he did with art and the choices that he made. A lot of black people thought you don‘t really speak for us. But he did by not being a stereotype, that‘s what I‘m understanding and proud of. Before I would lament that I don‘t rap and like Bob Dylan instead, all these things people found so weird while I was growing up. Even playing guitar – what are you doing! And these clothes I wore, the stereotypes. But it has got nothing to do with skin colour in the end. I love Bill Withers. Ray Charles has done country albums, people have tried but no one really talks about it.

Why do you include quite a few quotes and voice samples of American civil rights artists and activists on this record?
I just love American music and voices, it was the stuff that always pricked my ear as a teenager. It was the loudest thing I could understand. Growing up I didn‘t feel too African, but America for me personally seems to be the middle ground as a British man with African roots. It‘s a vehicle for creativity, it‘s neither here nor there, more like I paint a picture, like a tool or a paint brush. There‘s less identity tied up to it, so it‘s easier in a way to express through it because you can detach your own people‘s perceptions. I think it‘s a mixture of my fascination with American blues and soul and also the fact that I can use it more like a tool as opposed to having to wrestle with my own issues being a first-generation British-African. Who knows, maybe I‘m heading towards a more African angle in the future, we‘ll see. 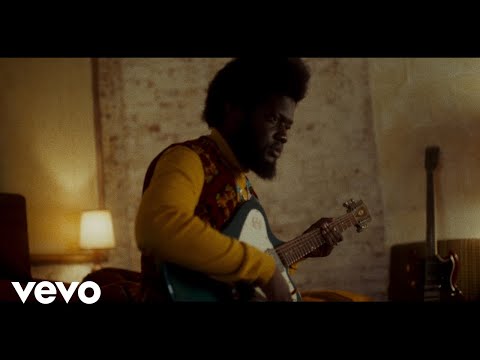