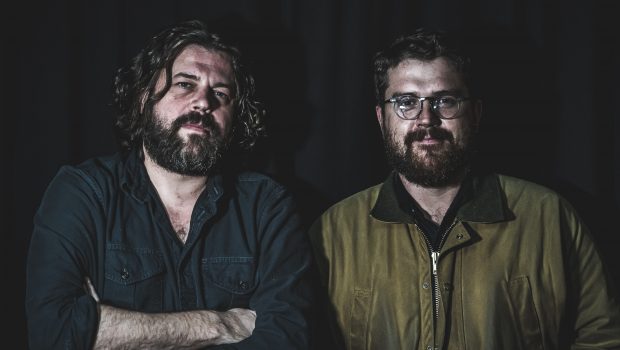 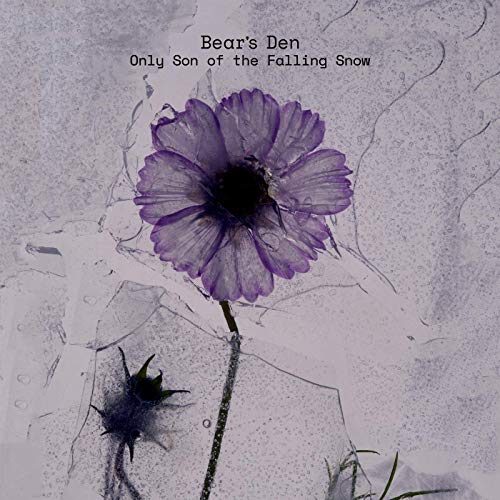 Your 3rd album So that you might hear me came out earlier this year and it sounded more grown-up and also more electronic than your earlier works. How was the album received by your fans?
Andrew Davie: We had really good feedback, I think. There is this kind of turbo group for people to interact with each other.
It’s called the „So that you might hear me“ Facebook fan group and it was nice to see that when we released the album there was a lot of communication going on between fans, discussing favorite songs and things like that. We judge new albums by how long it takes for new songs to feel like they’re not new anymore. That really didn’t take very long for the audience to sing along. For example Laurel Wreath has been the last song of our set and so many people would sing along to it, so it feels like it’s been there forever, which is kind of a dream.

You said that your new winter-themed EP Only Son of the Falling Snow aims to show what winter means to you and that you wanted to make an EP that felt nostalgic. Can you tell us more about that?
Andrew Davie: For most people winter is a reflective time of the year, a chance to look back on you year. When you go into a new year you make plans of what you’re going to do differently, what you’re going to try and change, which happens kind of happens naturally at the end of the year, where you look back at your life a little bit. Also many of the great Christmas stories often revolve around this reflective theme.
In my head I just wanted to write a bunch of songs summing up the feelings that I get in December and in the winter months. That’s something very nostalgic for me about that. I don’t know why.

When we googled The Star of Bethnal Green, I ended up on the website of this karaoke bar in London. Can you tell us more about the song.
Kevin Jones: We were in a friends studio over the summer and I was just playing on this piano and had this idea that I then recorded on my phone. Then, a month or so later, I sent it to Davie and my phone had put a geo-location on the file, which was this pub that was a couple of blocks away from the studio and for some reason this location was used as the title of the recording. And Davie said „that’s a brilliant song title“ and so we worked something out around that.

There are a lot of religious and spiritual symbols in your lyrics. Is religion an important part of your music and life?
Andrew Davie: I wouldn’t say I’m particularly religious, but I was brought up going to church every Sunday, I studied a bit of religion in school and just from going to Sunday school, it’s almost that I know the stories so well, that I find it a cool way of telling more modern and more nuanced stories about my own life. As a backdrop to that I find it just constantly helpful and it’s quite a powerful way to talk about things.It adds weight to me. I wouldn’t say religious is the right work, but I do believe that there’s something transcendental about music and about creating music, so I think in a way, those words help to elicit the same emotions that the music is provoking as well. I don’t know if I’m explaining myself very well. 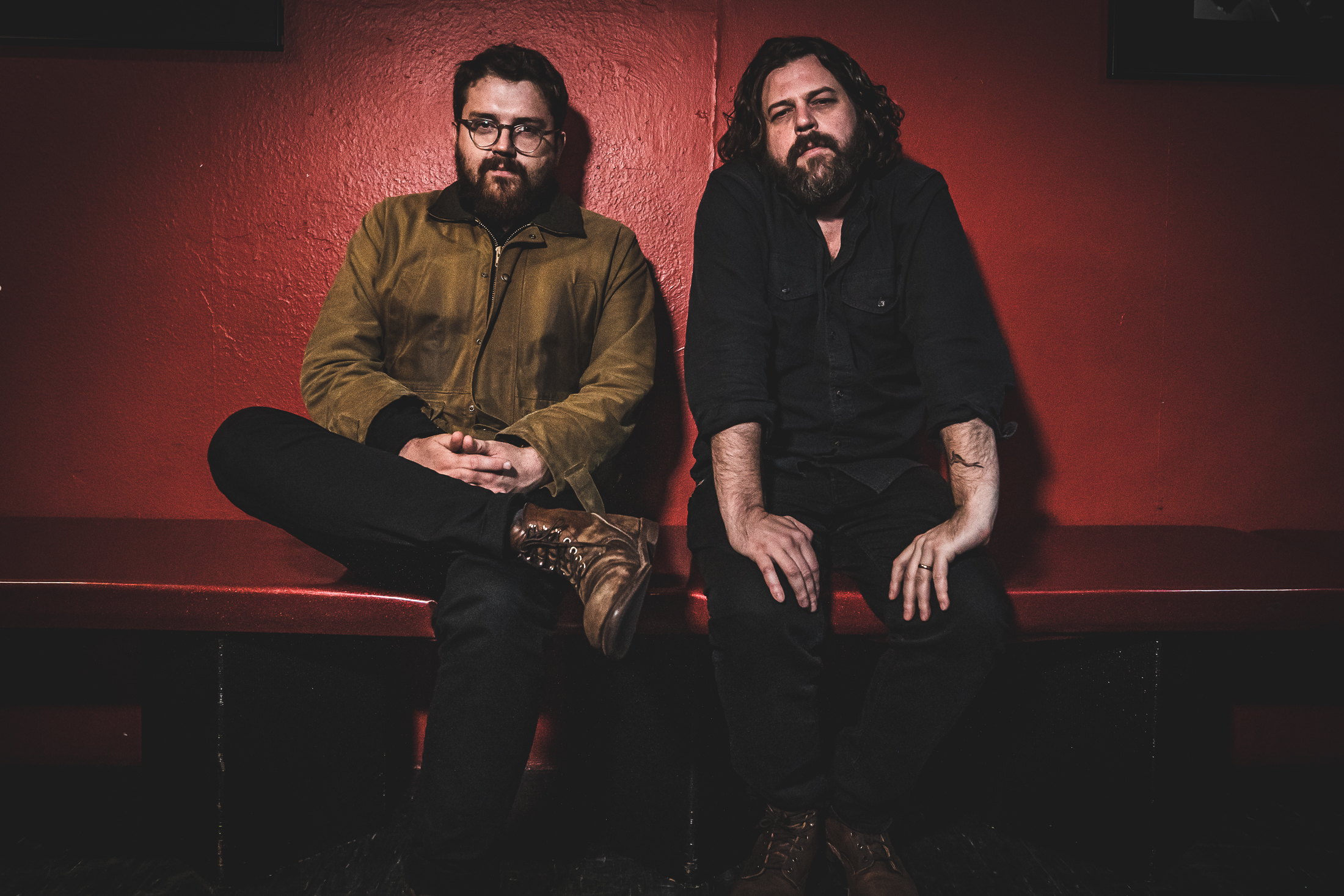 I read a review of your show in Munich a few days ago that described the concert as something soothing and dreamy and almost spiritual, that everyone enjoyed individually. Some people even described it as „music to fall asleep to“. Is this how you intend your shows and your music to be – individual, relaxing, personal experiences?
Andrew Davie: I think it should be both, right? It’s a communal and a personal experience. The dream for me is when people are whatever it is that they’re taking from the songs, whether it’s the lyrics, a guitar part, a piano melody, or a drum group, everyone out there is experiencing their own individual journey together. And that’s something very cool about music, that no one is experiencing exactly the same thing, everyone is focusing on something different, yet you all collectively get something from that experience. So for us, the dream for us is that you get a balance of both a collective and a individual experience. And the „music to fall asleep to“…
Kevin Jones: Is that in a nice way or is it boring?
Andrew Davie: Soothing? Calming? Some songs, I’ll take that, but the live show challenges that a little bit. There are definitely a lot of intimate songs with acoustic instrumentation, but we’re always trying to make the room feel as small as possible and then go the opposite way and be very dynamic in our live shows.

So how does an ideal concert for you as a band look like, if you had no limitations on anything? Club, church or stadium? 50 people or 50 thousand?
Kevin Jones: What about the moon?
Andrew Davie: That would be pretty awesome!
Kevin Jones: I don’t know if you can hear anything though on the moon. In space no one can hear you scream. But I don’t know what our type of favorite show is. 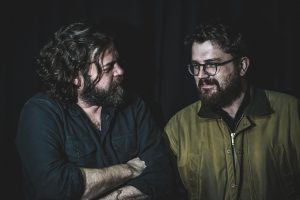 Andrew Davie: I’m genuinely quite excited about tonight’s venue [Markthalle Hamburg]. The sidelines are really good cause it’s tiered, and it’s generally really nice if everyone’s got a good place to watch the show.
Kevin Jones: It’s in Red Rocks like that as well.
Andrew Davie: That would be the dream!
Kevin Jones: Anything that has this amphitheater kind-of vibe.
Andrew Davie: Natural amphitheater in particular.

Which of your songs do you feel is under-appreciated by your listeners?
Kevin Jones: Good question. [Pause] I think we’re lucky in the sense that most of our songs are appreciated by people and we try and put so much care and thought into each song that hopefully people will respond to that and engage with it.
Andrew Davie: I think we’re also a little bit surprised by the appreciation that we get. We work really hard on our music and want it to be something worth listening to. At the same time we are really lucky that people don’t come to our shows and just want to hear one single song.
It kinda feels like if you’re in for a penny, you’re in for a pound. If you like one song, you like probably all of it, it seems.But I feel Conversations with ghosts is a cool song. I don’t think it’s under-appreciated, we just don’t play it as much and it’s also not on the setlist tonight.

Have you considered using your outreach as a band to make political statements or to actively support certain movements that fight against racism or for environmental protection?
Andrew Davie: We do and it’s almost becoming impossible for bands not to do in such a divided world, particularly in the UK. It feels very weird to be from the UK and then have all the joys of touring Europe and then be in a situation where a majority of people don’t want to keep that going. I think we’re always trying to find ways of doing that and trying to do concerts for charity, particularly in London so far. But I think generally we’re trying to find ways of sustainably doing things and making it more of an active process of everything we do, whether it’s things at the merch desk or whatever.
Kevin Jones: We support a couple of mental health charities, CALM is one of them and we’ll play a show for them at the end of the year.
And there’s a few other things and we’re talking about it more and more.

Your current tour will bring you to three more shows to Scandinavia, what are your plans after the tour and for 2020?
Kevin Jones: We got the charity show and more shows are coming in Holland and Belgium in February.
Andrew Davie: We’ve got a few recording projects lined up, but we can’t talk too much about them. We did some shows last year with a small orchestra and there is talk of some recordings of that potentially surfacing somewhere next year, which should be really cool, if that happens. We’re trying to do lots of little things next year and hopefully some touring, but perhaps not in a big block but more spontaneous. Maybe festival shows – we’re talking about that right now.

Imagine you could travel back in time to 2012 when you released your first EP that you individually potato-stamped with blue ink and you could give yourself as a band some advice – what would that be?
Kevin Jones: Good question. Definitely do better packing. 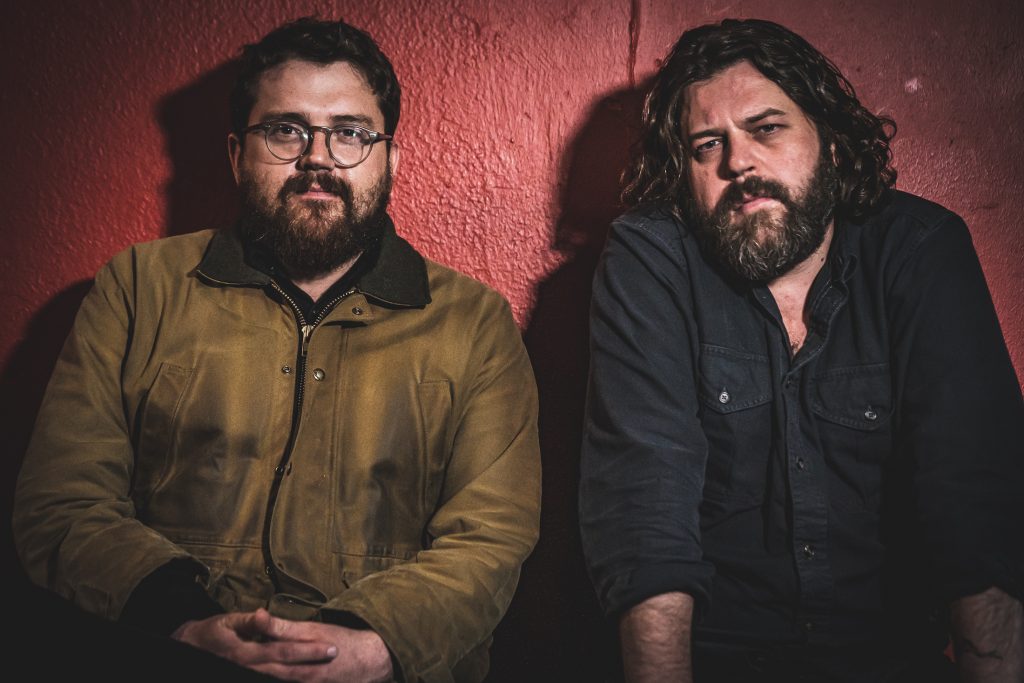 Andrew Davie: I was going to say, I never pack enough underwear. With the hindsight we now have where we’re in a position where we can tour more regularly and be able to live. While at the time it was no money and a lot of anxiety and stress and worrying. So could probably just say: „Calm down, chill, just have faith“. It is really hard to see things improving and it actually took a lot longer. We were doing things that were dreams of ours before we were making any money from music. We were playing Shepherds Bush Empire and not have any money. How can we play here and yet not make any money. You just have to hold on, life will get easier, just have patience and faith.
Kevin Jones: It will all be alright.
Andrew Davie: It’ll be okay, but then in ten years time I’ll be like „Dude! It’s not gonna not be okay! Panic more!“
Kevin Jones: Maybe „in 2019 everything will be okay“

Will there be a comeback of the banjo?
Kevin Jones: Generally or with Bear’s Den?
Andrew Davie: I wouldn’t say it’s the first instrument anyone is picking up at the moment. I’m worried of the banjo getting seen as this kind of terrifying not-cool thing, cause I think it is very beautiful and in the right hands can be incredibly moving and powerful. You don’t wanna throw the baby out with the bathwater. When Sufjan Stevens plays a song on the banjo, I’m in. That’s one of the most beautiful things in the world. I can’t say no but I wouldn’t say it’s the first thing we’re thinking about right now.

Is there anything else we need to know?
Andrew Davie: Arpeggio on Dave Smith’s Prophets 6s are very very cool! 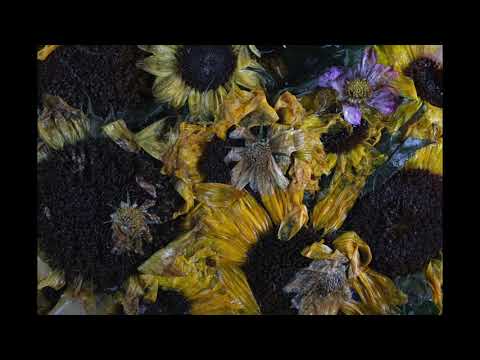