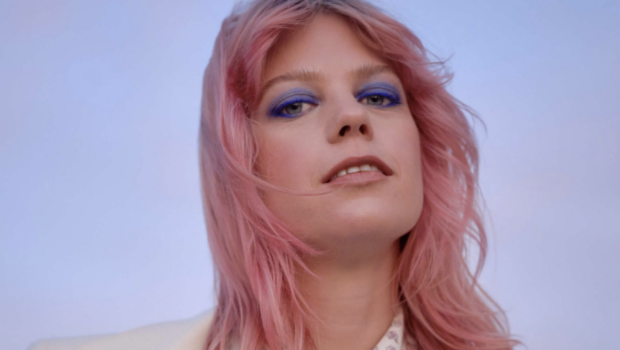 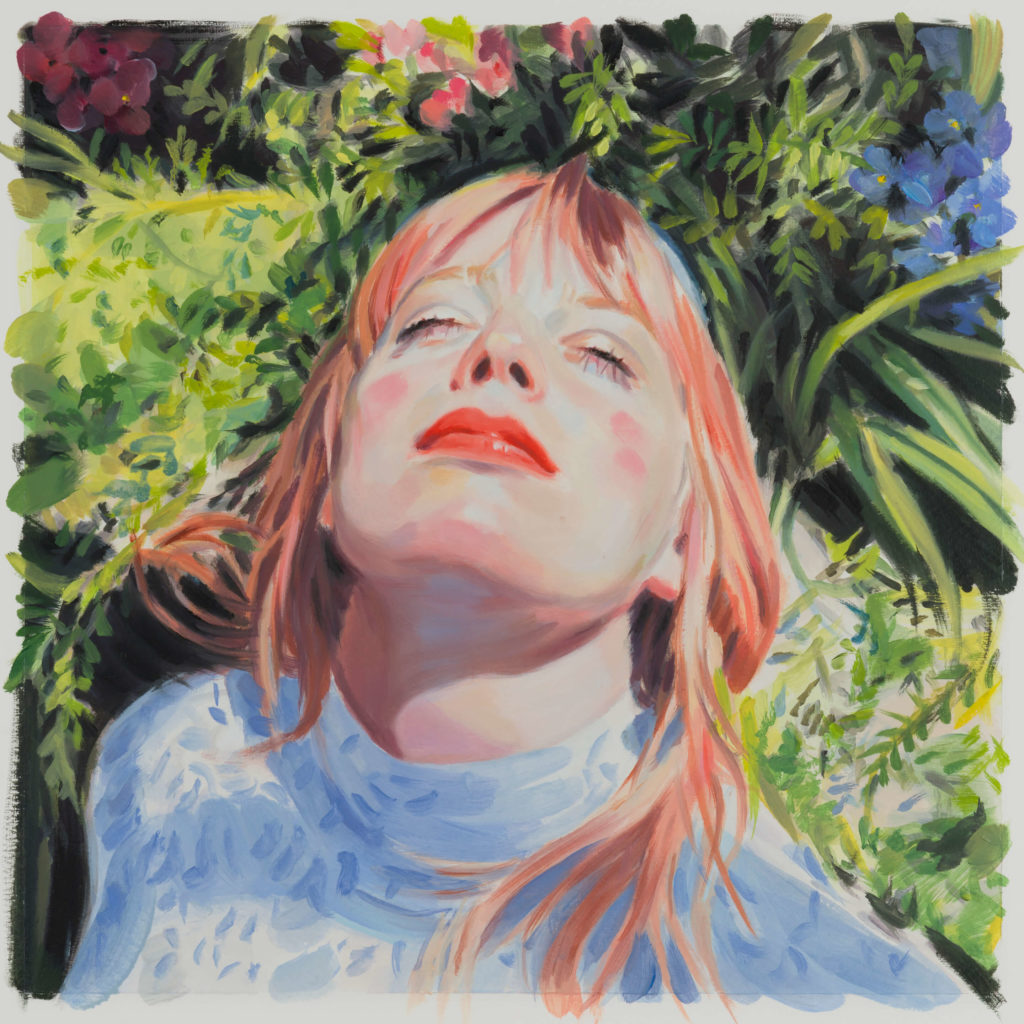 Your new album comes out this month and it’s called Are You in Love? — Are you?
Yes, I am. It’s a very magical and beautiful feeling. I started writing this song when I started falling in love and I was questioning myself and then falling in love with questions in general. I ended up making it the title of the song even though it was obvious to me and to anyone hearing the song that the answer is probably yes. There is also the element that the album has so many questions in it that I had it become the title of the whole record. It embodied this sense of mystery.

Are you writing the songs to answer those questions?
Yes, and sometimes to feel comfortable with not knowing the answer. Singing a question can bring out a whole new meaning.

It’s your fifth album, is it still new each time you’re doing this?
Yes, it’s crazy and I still feel so green. A part of it is that whether it’s performing live or recording or writing a song in general, there is this moment of connection that can happen. A very clichéd way to describe it is like an old radio. You’re pulling the dial across to find a frequency and when you finally get a clear signal, it’s a very exciting feeling. That’s like trying to tune myself to whatever I feel inside when I’m writing or in a studio sense. Everyone playing together in a studio live requires for a certain moment to happen, for everyone to be tuned in at the same frequency. And again, re-inventing the songs for a live performance becomes this whole other animal as well. That part always amazes me, when that happens it always feels brand new. It’s like love, it’s never going to look like what you think it’s going to look like, and your songs never end up sounding like what you’d think, they would sound like.

With all this experience and still the excitement for the new, is there any advice you would give your younger self, something you wish, you would have known?
Some of the songs on this album are a perspective of my young self. In a way, I was singing to myself in the past and I was singing to myself in the future in a lot of ways. I would probably just tell younger me to not be so hard on myself. To just try and stay true to your intuition in terms of recording, but also in terms of how you treat people. The most important thing is that you surround yourself with people who are kind.

When you say that you would give the advice to trust yourself more, are you in a comfortable position with that now? Did you trust your instincts with this album or are there still moments of doubt?
I think it’s more to believe that those moments of doubts are the most important moments. Those are where the growth happens. It’s not fun to get into those uncomfortable positions of self-doubt or the unknown. But the unknown is the only place where something new can happen. 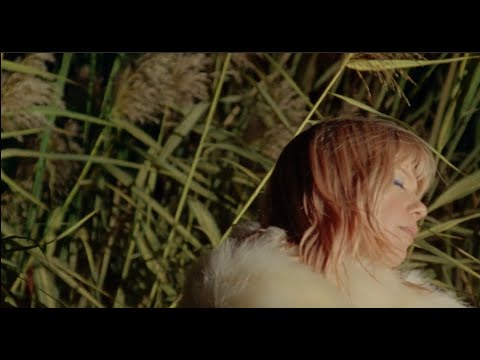 Is it important to you to change and re-invent your music?
It’s important, but also sometimes inevitable. Things that seem too far out, are still so recognizable once I’m there. Once I arrive at what I thought seemed so out of place, I can’t believe I was so worried doing this. With music, it’s also important to fail. The lucky part is that if it sucks, you don’t have to put it out. Well, hopefully, you know before you do.

The writing and recording process was quite a journey, you took many trips, you stopped for a while…Can you tell us more about it?
There was a few bit trips and different levels of reality. I’m from Toronto, Ontario, in Canada. I grew up in a big city, so I’ve always been very attracted to spaces that are more remote, very different from what I grew up with. From the very fact that I don’t know if I could survive in them and I’m interested in the kind of energies and the kind of communities that are in the spaces like the Yukon. I have such a deep love for places like the Yukon and the north of Canada. On Good Advice, my friend Jim, who produced the album, and I talked about recording in the dessert, which didn’t work out this time, so we produced in Kentucky. Going to the dessert this time, there was this element of giving myself this place of solitude and deep listening. It’s an area of the world that a lot of people connect to on a deeper level spiritually. The climate is unique. Joshua trees only grow in certain areas under certain conditions and I thought, what kind of songs could grow at a place that had those very specific conditions. That was one element, why I chose to go there. On a more personal level, I was working on this record while I was falling in love, and my now husband came in and did so many beautiful different parts on the record, playing guitar, playing piano, playing all these different sonic experimentations and field recordings, that became part of it. That was one process that was lifting. At the same time, in the middle of making the record, my father passed. There was this period of grief, this tension and turbulence that was pulling me down. There were so many energies and forces at play. In most cases, I find music very therapeutic, but in this case, I felt like I needed to take a different kind of distance and just focus on living life in the present for the moment and trying not to be an observer or processer about it. It was hard, because there was so much pressure. Not necessarily from a record label or a business standpoint, but from a personal standpoint. But it was the right thing to do for my mental health. I was lucky enough to have enough support surround for me to do that. I had a lot of things not everybody gets. When I finally was able to come back to the record, I realized that some songs I had already started, were written to the future me. I had initially written Jim an email in 2017 or so, where I told him that I really want to make a record about compassion. The world felt like chaos with walls coming up literally, figuratively, emotionally and I didn’t realize how much I needed these songs on that level, but also on a deep individual level.

Did that also have to do with the people you worked with for this record? You mentioned Jim James…
Yes! There was Jim, and obviously Andrew my husband, and my friend Meg from U.S. Girls. She co-wrote two of the songs and she was an immense help in the process. As a sounding board and as a best friend. It is really important to have that as well.

Did you ever consider quitting it all together?
I remember saying to Jim, it’s so hard when you want to make something beautiful, but you don’t feel any beauty in the world. And that can happen in moments, when you have depression. You can feel like you don’t see any point. The thing that helped the most was love, the love from my friends. Which is why I put Love is at the End of the World as the last song. Obviously, it’s its own kind of cliché, but for this record I didn’t want to be afraid of clichés and I didn’t want to be afraid of love. I wrote it as a meditation about love in times of fear, but now it’s also a promise to myself that no matter what kind of place I’m getting into, I’m not giving up on love. 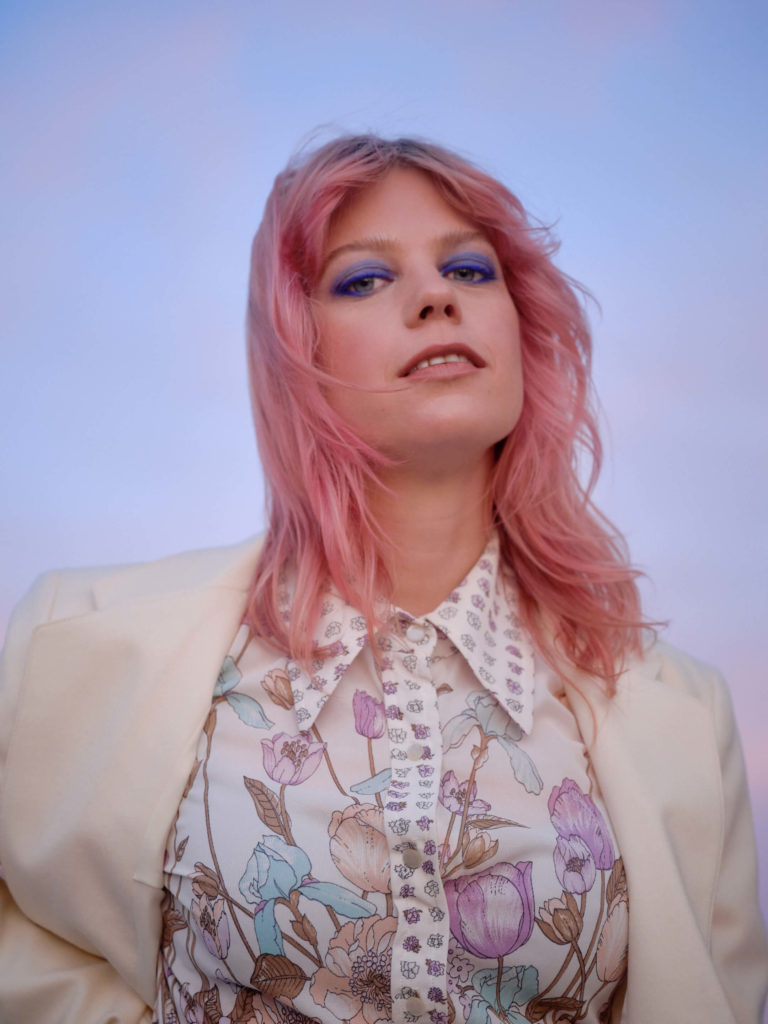 You mentioned Meg from U.S. Girls, you also wrote songs with her for her new album.
Yes, she is my hero! She knows that. She is my heart and soul and she is one of the few people who really understand me. We wrote some songs together for her album. To be part of her special album is one of the greatest honors of my life.

It’s an interesting contrast that you exclude yourself from the world in order to write in the dessert and then have this strong creative community around you – like a parallel society almost.
It really depends on the case and it depends on the song. It’s interesting to talk about Joshua trees and plants and my album cover is very botanical. I think of songs in this period of my life as different kinds of gardening. For some songs like for some plants, you must plant them under the ground in autumn and they have to sit for the winter, and they have to be a certain depth. Songs can be like that. Songs can be like sprinkle – throwing things into the wind and these seeds are going to grow no matter what. Some songs require seclusion and a parallel universe, like a green house, and they’re very high maintenance. The processes are very different. I feel very privileged that I got to work in Joshua Tree, but I also needed some songs to be buried under the soil for a while.

On Are you in love? you show a way more vulnerable side of yourself than before. But it does sound more honest than sad…
Thank you, I was trying to go there.

Was it hard to open that door?
It was! Because I knew, it was what I had to do, but I didn’t want to. Also, because you know that you’re never going to get it fully right. What I was really happy about with the song Fables is the idea that the stories we tell ourselves about ourselves are going to work out for a certain amount of time and then they’re not going to work anymore. Sometimes that is true for songs or the way you sing something. It may feel true right now, but what if it doesn’t feel true later. There’s no way for me to know. There is this element of letting it go, that I don’t know if it was because of the way my life was at that moment that made it hard, or because I was trying to find some way to do it justice. But then I still had to try. An imperfect gesture is still better than no gesture.

In a sense that you’re trying to observe yourself, but you’re not sure, if you get it right?
Yes, am I a trustworthy narrator? And that’s why I loved putting Are You in Love? as the first song. It’s like a Shakespearian play, where everyone else might be able to see better than I can see myself, but I have to try and work through it. I was kind of splitting myself in two. I could see, where I was, but I sort of couldn’t. 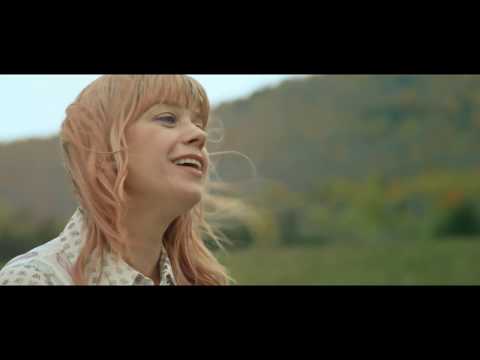