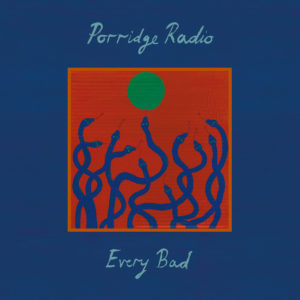 You originally started Porridge Radio as a solo project, playing at open mic nights in Brighton. What is the difference to performing as a whole group now?
Well, I guess it started probably about six years ago, or something. On the mic nights, it’s kind of where I learned how to perform with just my guitar, but I only did that for a short amount of time. Soon after, we started playing shows and then we got our band together and we started doing tours. To be honest, everything is quite different from then actually.

What kind of impact did those more restricted settings have on you as an artist?
It sure is really different, but the feeling comes from the same place, in a way. I learned how to perform by doing these mic nights. What I got from that was being able to just fully get into the maze of performing and to not care if people do not like it. And to just do things the way I wanted to do things. I guess there I learned how to have a thick skin. I mean, I definitely care what other people think about my art, but I guess what I try to do is to not to be ashamed or embarrassed, or try and share things I wouldn’t necessarily instinctively want to share. And I think performing and writing comes from a personal place. And in the end, it is really rewarding, because you open yourself up to people. It appears as a very honest experience actually.

You are about to release your new record Every Bad. How do you feel about that?
It is really exciting! I’m really, really proud of it and I’m really excited for people to hear it, I’m excited to tour it. I’m really happy about everything. This is the first studio album, this is the first time that we’ve made something bigger, really giving it the time, and everything that it needs. So I really feel like it is a big step up from our first album, which we recorded in a shed. Yeah, it’s very different and I’m really glad that we did it.

You recently signed a deal with an established label. How did that come about?
It was really cool. We always wished that we could release something on a bigger label. And there was the point just before we recorded this album that we realised there were a few labels, who were interested in putting it out and so that was our real kick to make it, that we knew that we could put it out somewhere and that it would really go the way we wanted it to go. Now it’s a lot easier to be heard, it’s a lot easier for people to access us, allowing us also to tour more, to think about the future, of what we’re gonna write and how we can actually be able to do this longer. I’m really grateful that we can do this. I am really excited by it!

How does writing music start for you: With a melody or a phrase in your head?
It’s hundreds of ways that it happens, I guess. I’m always writing. I’m always thinking about writing or drawing or, you know, playing music. And sometimes it just comes out. A lot for me comes from a stream of consciousness kind of thing. But it really just depends on what I’m doing, the time and the space I have.

How do you manage to keep track of your ideas?
I do have a little notebook on me and I have voice memos on my cell. So yeah, it’s really the combination of these that helps me to fixate my ideas.

How would you describe the new album in terms of sound?
Well, it’s different in so many ways. A lot has happened between 2016, our last record, and this one. We have tried to do things in so many ways, we’ve spent time on it and we were able to think about production a lot more. We were able to put violins on the album, which I think, makes a great difference. There are lots of things really, it’s quite hard to pin it down.

Do you see a dominating theme that would characterise your record?
They are all connected in lots of ways. I think, semantically, they all kind of come back to the sea a lot, as I’m living in Brighton and the ocean is something that I came back to. I was living next to it and it was a big part of my life that I was writing a lot about. But I mean, the songs, they all connect. For me there are lots of patterns that tie the songs together.

How would you describe the collaboration with your bandmates? Are you in charge of writing the songs?
Yes, I write the songs and bring them to the band, then we will arrange them together. Everyone will have their input and add little parts or will change little structural bits. But yeah, I write the whole song and bring it to everyone. 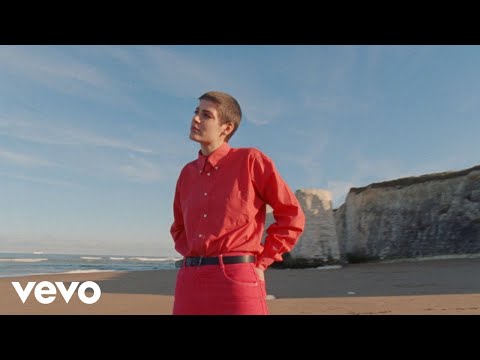 In Lilac, one song from the album, you sing: „I don’t want to get bitter / I want us to get better / I want us to be kinder“. What kind of mood did you have in mind when composing the song?
It’s really the atmosphere of being open, of being honest and trying to grow and trying to be better. On the one hand it comes from a very hurtful place, but it also is about a healing process.

Can you name some artists or bands that have shaped your understanding of music?
Sure, but there are a lot influences I have. When I started Porridge Radio I was listening to a lot of Cat Power, so that’s a big influence. But I mean, I listen to so much music, which influences me in so many different ways, when it comes to writing or production, or even like instrumentational. The simplicity. It really depends on what I’m writing or what part of the process I am in. There are lots of ways, really. I could list a lot of bands. When it comes to writing, I love Leonard Cohen, PJ Harvey… artists who write from a more poetic place, from a more emotional place. But then, I also listen to a lot of pop music and I really love messy pop punk productions. I don’t know, I love so many bands. It’s hard to pin it down.

You have been rising from the thriving DIY scenes in Brighton and London. What is your connection with those communities like?
Well, Georgie from our band puts on a lot of shows. Our friend Josh has a DIY label and he put out a lot of our early music and would book all of our tours up until last year. And so we know people all over the UK who would put us on. And the bands we would play with would try to return the favour when we come. It is all really special and really fun. It is definitely a scene where we help out each other, and we were really a big part of it. We care about it a lot, and you know, we meet so many amazing bands who are doing really cool things. It is really amazing and inspiring to see a band play and to realise that they are just doing that for themselves. That’s kind of how we started off as well. So it’s really cool. It’s also hard work, but you can really connect with people.

How has that connection had an impact on your sound?
I think everything in life that you do has an influence on everything that you make, right? The people we play shows with, the people you know, that has a big influence. I guess it is also the spaces that we take up and everything that has to do with that. It’s really hard to say, what comes from there, but yeah, you learn from your friends.

Especially looking at last year, there has been a real hype around your group and 2020 could be your biggest year yet. How do you keep the focus on what you’re doing?
It’s really cool to be talked about and noticed. For us, in our day-to-day life a lot has stayed the same. We’ve always worked quite hard as a band, we played a lot of shows, we try to do as much as we can do, so it’s never really been a question of what people are talking about. It’s fun that they are and I love the support and I love that people have really come out to support this album and get excited about what we’re doing.

Thank you for taking your time, Dana! 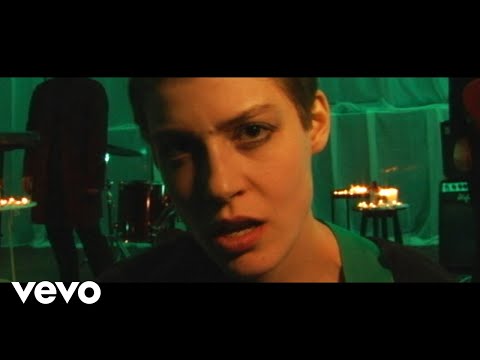