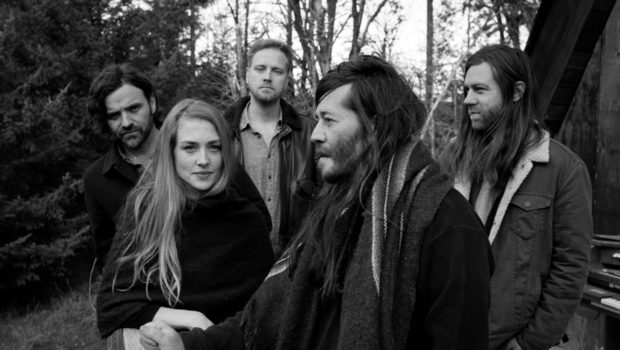 OTHER LIVES – back to the most Other Lives record possible 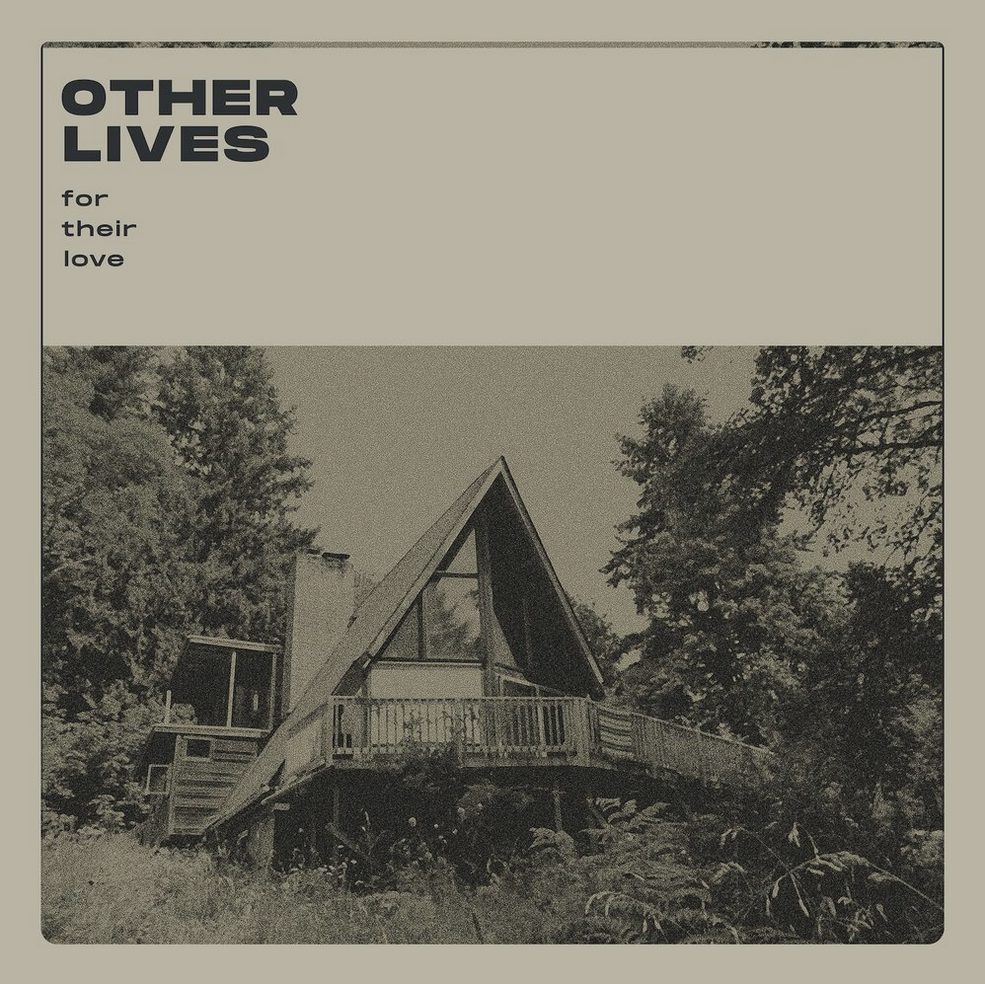 Your new album For Their Love is going to be released in April – is everything ready to go?
Thank God, everything is done. I’m moving on in my life…

How does it feel putting out new music after such a long break?
I would be lying if I said that I haven’t had a sleepless night about this stuff. I don’t do anything else in my life, I write music. It’s easier if you release one record a year, it’s less pressure. To release something after five years is a lot of pressure and that’s tough.

Do you think people expect more because it took so long or are you worried that they forgot about you?
I think, people have forgotten about us in some ways. So, it’s about re-establishing that. And it’s about that I hope it connects.

What took you so long?
I have two or three albums worth of material and one other record that is almost finished as well. After our last record, my head was scrambled about what direction I wanted to go. I was also suffering from a lot of depression and anxiety. It took me a second to get back to myself and to get back to what I wanted to do. That was moving out to the woods, into the country, getting back to a physically of music and getting away from computers, having a band in the room and playing freely and being in the space – and finding the kind of songs to have that ethos.

The step away from digital methods combined with the minimal approach you’re describing — has that been on your mind from the very beginning of this record or has it been a development over time?
Every record is some sort of reflection of what you did. Ending Rituals I felt disconnected vocally from what I was doing and it got out of my control in some ways. I knew, I wanted to do something simpler with less tricks and I wanted to get back to essentially making the most Other Lives record possible. I always thought our live shows to be better than our records and I wanted this to be ten big Other Lives tracks. After I wrote the tunes, I instantly knew it. Whereas with Rituals I had no idea what it was. I just came to me; it was instant and that doesn’t happen a lot. 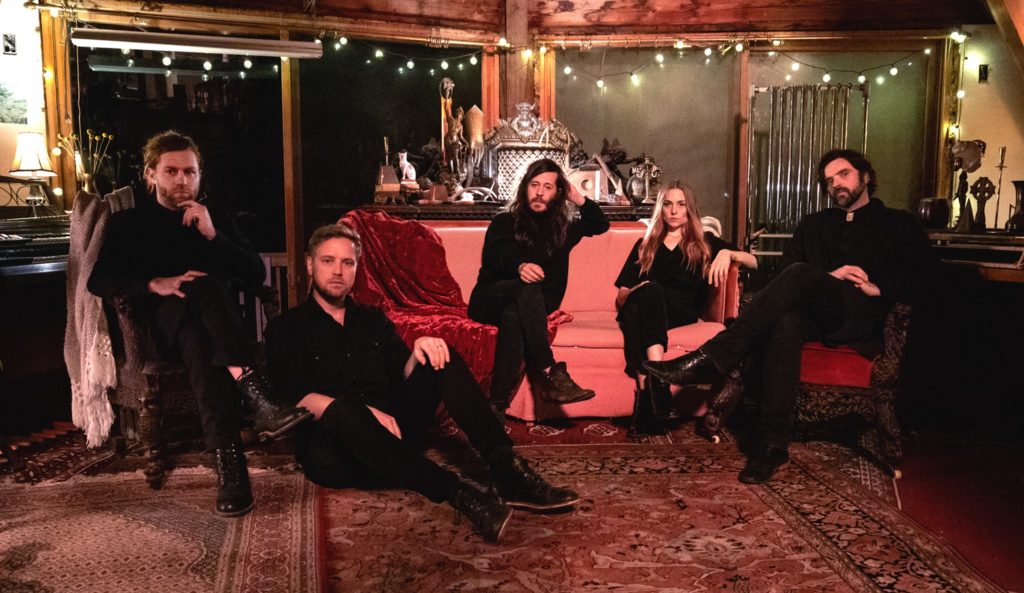 Is that some sort of a reset in your work?
Yes, I would say, it is. There was a period where I thought we were going to break up as a band. It was resetting, rethinking, and getting back to who we are and what we sound like.

It’s also your first self-produced album since Tamer Animals in 2011.
We self-produced and self-mixed as well. We did everything, which also takes a long time for us.

How did that change the process?
We were able to hone in on the aesthetic musically that we want. That means to really create an ensemble instead of, “here’s this folk band with a string section”. There is a big difference between those two things. This is about creating a world of instruments; nothing is more or less than the other.

That reminds me of classical music and having a big orchestra.
Yeah, with these songs I started thinking about cinematic bits and cinematic arrangements. At the same time, I felt like I didn’t have the songs yet. Me and my wife went to Sicily for three months. I got away from the computer arrangements and I just fundamentally wrote the songs with a guitar and the lyrics. After that it was the marriage of these high-minded arrangements, but I had the songs from a more fundamental side of songwriting.

You’re often listed as a folk band, but your sound is very precise. That genre is usually associated with nonchalance.
Yes, I care about the details. We have folk elements, we have some folk songs, but I think where our heart really lies is in some cinematic approach. Our dream has always been to merge fundamental good songwriting and cinematic elements, to bring those two worlds together.

We’ve been talking about fundamental songwriting and its connection to nature and the cut from computers. Do you think, modern possibilities in making music drive you away from the art itself?
Yes, completely. I experienced it in real time. You have complete unlimited tracks, unlimited sounds. It’s wonderful for experimentation, but it can lead you down a rabbit hole. This was less about what we can do. It was more about something that I needed to do. There’s a difference.

Can you remember a special moment during the recording when you knew you were on the right track?
Sideways is the last song on the record, but it’s the first song I wrote in this house. I just moved in and it’s this cold dreamy night, I just remember the feeling of the night there and writing this song, the sadness, and the love. You’re alone in this world and I remember this feeling and knowing that this is something.

Did you also experience moments of doubt?
Completely. You always do, but fortunately for this one, I have less doubts than most. I knew the subject matter, I knew the arrangements, it was just a matter of getting the right vibe. 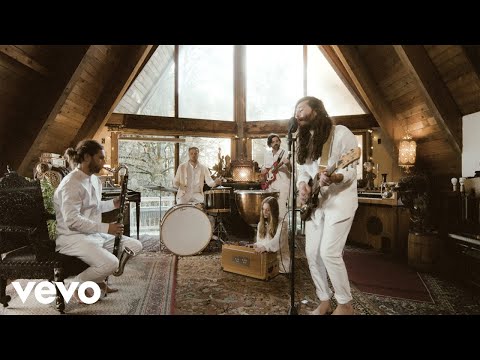 The first single you released of the new record was Lost Day. Can you tell us about the story behind the song, how you wrote it and what it is about?
It started out as a little punk song I had. I was on the road and it was literally this feeling of being lost on the road and out of it. It was a downer song and when we played it, it was too depressing. But it merged into another tune quickly. John put this lovely arrangement behind it, and it tied with the larger themes of the record. This individual, breaking free of a dogma, to live his own way. I’m such a big fan of Herman Hesse and his thoughts about finding your individual truth.

If For Their Love is a fresh start with a new sound, how is your plan to combine old and new material live?
I don’t know yet. We’ve been talking about that and we discussed maybe even doing something that’s completely new.

Is it hard for you to reconnect to your older work and the person you were then?
On this little promo tour, we’ve been playing older songs. And even something as simple as singing it in different ways now helps. My voice is lower, I can’t hit some of the higher notes. I’m not doing it in the same way as when I was 26. I’ve got a completely new way and it feels good.

You’ve been in the music industry for more than 15 years now. How has it changed? Do you feel like you have more or less freedom being an established act?
It’s hard for us. I always describe ourselves as the biggest local band ever. Nobody knows who we are, but we’ve done some great things and we have fans. I don’t know how many now, since we’ve been gone for so long, but…[laughs]. It’s hard to know because I haven’t been out there in five years. In some ways, I feel so lucky to be doing this and we have two record labels, who support us, and we’re going back on tour. How bands succeed, how well it goes, it’s all up to how people take it and organically pass it around. I love that more than anything. It’s hard to buy and sell people now. That’s wonderful. It’s not the 90s anymore, people choose and decide and share the things that they’re passionate about. Especially with music, media doesn’t influence as much as it did. I love the socialization of art. It definitely has some drawbacks, but the positives weigh out the negatives.

Did your view on music itself change?
No, it didn’t. To me it’s this endeavor of self-healing and my way of participating in a worthy life. And I hope that it translates. 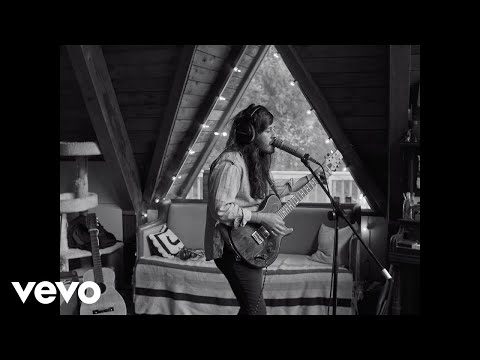