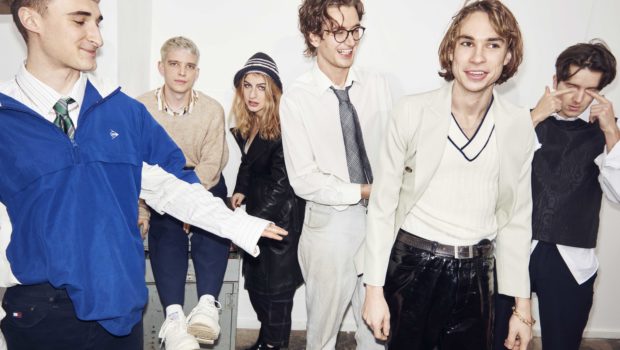 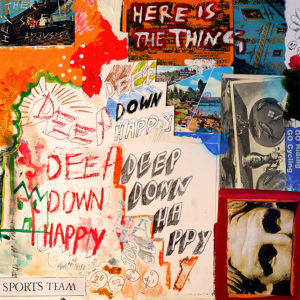 – First of all: how are you and how did you experience the outbreak of this worldwide crises?
We’re all good! It’s a bummer to have to postpone all the album tour dates we had planned and festival season, but hard to complain in the current context. It’s given us the chance to get started on album 2 which is a plus.

– What is your first memory of a contact with music? And when did you start to play music?
I have no idea what my first contact with music is but I remember being adamant that I wanted to play rock music and being obsessed with Red Hot Chilli Peppers. My parents persuaded me that the first step was mastering the recorder so I tried that for many years from the age of 6. Don’t think any progress was made, but they eventually relented and got me a drum kit one christmas.

– Which was the first rock band that really struck an impression on you, why and what did you think about them at the time?
It’s hard to remember who the first was but my early childhood was marked by the big American rock bands at the time. Sum 41, Blink 182, Red Hot Chilli Peppers – these were all the albums I remember obsessing over when very young. All pocket money would be saved to buy the records, or pairs of baggy jeans, worn with chains and band merch. In retrospect, a strong look for a 12 year old.

– How did you meet and in which situation did you form the band?
We all met while studying at University. We lived in the same building and would spend our time in each others rooms listening to music. It seemed a natural progression to start playing together despite none of us- apart from Oli- having ever been in a band.

– How did you come up with the band name, what meaning does it have for you and is there a story behind it?
It was the best of a bad bunch of options. 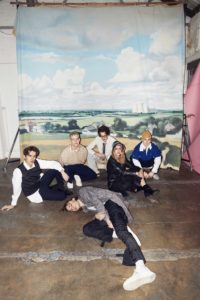 – How would you describe your music and which influences do you have?
The music tries to capture some of the energy of American bands that we love like Parquet Courts and Pavement, but with very specifically British lyrical references and elements of humour more like Pulp. Our songs is geared towards the live show.

– We read that you were always very ambitious from the start, plus that you had a great DIY ethic – how did you make the way out of the practice space to sign a major label deal? Which were the steps and how does the time feel for you looking backwards, as your debut record is coming out soon?
For us it was always about wanting to play live. Where we first started out in Cambridge there wasn’t much of a scene at the time, so the only way to play gigs was to put them on yourself. We carried this ethic forwards and ultimately signing to a major label enables us to do this on a way bigger scale.

– In your bio it’s said that some labels had doubts that you wouldn’t be serious about following a career in music – where did it come from, how did you feel about it at the time and how did you overcome those opinions?
Because we all enjoy being in the band and try and maintain elements of fun in what we do, some people misunderstood how seriously we take the music and the band. The album should overcome that for us.

– You are a group of six, we can imagine that it’s not always easy to create songs with a lot of people having a saying in it – even more as in your case, Rob creates the first version of the songs and then it get’s changed by the group. Is there a certain work split / flow that work for you best or are you still fighting a lot about those things?
Fighting is in the DNA of everything we do, but it keeps things interesting. Rob will write the first version of chords and lyrics and then in the rehearsal studio this will shift massively as people write their own parts. In honesty I doubt we would be capable of recreating Rob’s initial vision once all in a rehearsal room if we tried. After rehearsals the song will alter again when we play it live, and begin to understand the exciting moments, and fan reactions. Then in the studio again, things will shift and often a whole set of new lyrics will be written.

– Even more as you are also living together – how did it come to this, do you think it makes being a band easier and if so why?
We have all more or less lived together since Uni. When we quit our jobs a couple of years ago to focus on the band properly, it became a necessity. Now I think we’ve all become institutionalised and incapable of living any other way.

– You are also not only very close to yourself, you are also very close with your fans, they even have your phone numbers and have a shared WhatsApp group with you. As with all the privacy that bands are already giving up through social media channels, this feels even one step further. What’s happening in that group, what do you like about that and why did you decide to open up in that way?
We have the best fans in the world. We can’t take much credit for it, but they’ve formed a genuine community and the Whatsapp group will have 1000+ messages a day, from people all over the world…What a lot of people don’t see is that on the rare occasions when they are talking about the band, it’s usually to take the piss out of us. It’s great though. We all grew up going to gigs with groups of mates and formed these little communities around live music, and now we get to be a part of people doing it.

– Can you describe a bit the production process of Deep Down Happy, how, when and where it came into life, what was the best/what the worst moment during production and what is the most told anecdote of that time?
Despite the number of EPs we’ve released in the past couple of years, the album actually tracks the journey of the band in many ways. We were playing Camel Crew (one of the album tracks) in our first gigs in London before we’d even started recording music. Then some of the newer material like Going Soft came together in the studio at the start of this year. We worked on the whole album with an Australian producer called Burke Reid who is brilliant but doesn’t take any shortcuts when it comes to takes. There were definitely some gruelling moments – especially as we’d often be straight in after weeks on the road and overnight ferry journeys, but ultimately it was really fun being in the studio. 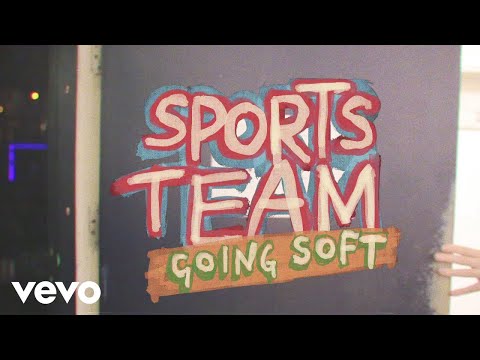 – Your single Going Soft just came out some weeks ago – can you let us know what it is about, how it came into existence and if there is a story behind the song?
Going Soft started out as a completely different track, and it was only when we came to record it that the song morphed into what it is today. In fact it was the final hours in the studio of recording when Rob came up with the lyrics and we all heard the verses while Alex (Rice) was doing takes. We didn’t necessarily plan for it to be a single, but all loved the track. It’s now one of our favourites to play live.

– It’s said that you’re record is a piece about how young Britains think about their lives and the society they live in – your song The Thing, where you criticize superficial things and what young people often get told on how to behave and expose them to be lies, seems to bring this to a point. Is this some kind of a reaction to how Brexit happened? How important do you think is it for British bands nowadays to also have political and social issues covered in their songs?
We didn’t set out to make one political statement through the album, and I think doing that risks oversimplifying issues and shutting down debate. We are all very engaged in politics and the music reflects this and draws different areas of society that we’ve seen into focus. Hopefully the result of this is to provoke discussion and debate.

– You are very known for your fantastic live shows – at this time all venues are closed and it’s not sure when it will be back to normal and how many venues and festivals will still be there and running. How do you follow that situation and what are your plans for touring, as usual with a record out, it’s also part of it to play it live?
We’ll be playing shows as soon as it’s possible. I think it’s obvious the schedule won’t be quite the same from the outset, but we’re already looking into ways to make it work. If the rules say we can play to 50 people at first, then we’ll book a 50 cap pub and play it every night.

– What do you miss about not being able to play live?
Everything. We played over 100 shows last year and I think you get to a point where you rely on them to expend all the energy that builds up. You can sense that in the house at the moment. You realise that that’s the best bit about being in a band.

– It might not be able to play your album live for a foreseeable future and the album was also postponed because of Covid-19 – was the music or the campaign (a lot of acts had problems to shoot videos or decided to push back their records until everything might be back to normal) further affected by it and why did you decide to put the record out now anyways?
We decided to push back the record as it didn’t feel the right moment for us to be releasing and promoting our music at the height of the crisis. However, now things are slowly returning to normal in the UK, and our fans want the record ASAP. 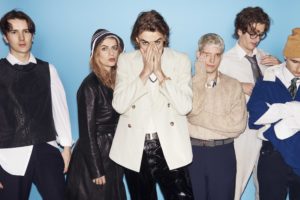 – You’re one of the hottest newcomer bands from UK at the moment – which other newcomer bands/artists would you suggest to give a listen to?
There are loads of great new acts at the moment. We set up our own label Holm Front to help promote music we love and help bands to release their music on vinyl. Walt Disco are a really exciting act we have released on this from Glasgow, and Personal Trainer are another brilliantly chaotic band from Holland. Check them out.

– Whats next on your schedule?
We should have been touring the album around the UK, and then getting stuck into festival season but sadly we’ve had to postpone all of that so will be getting back into the studio to kick off work on the next album which is exciting!

– What should we know and what shouldn’t we know about Sports Team?
You should know us as a live band and not accoustic

– What are you doing when you’re not doing music?
The whole band lives together and we tend to spend most of our time together so it tends to be constant music or pub trips. A few of us play football when we get the chance.

– What did you learn in 2020?
Never take the pub for granted

– How would your Bedroomdisco look like?
Panorama Bar when everyone has to head to the office

– Who did fill out the questionnaire?
Al Greenwood 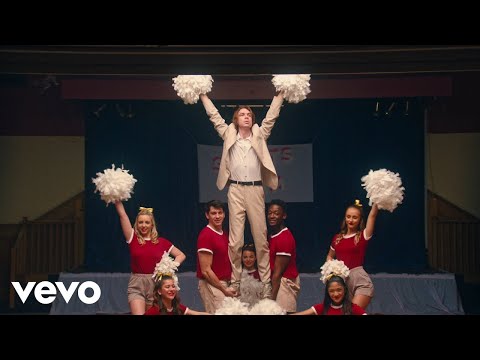 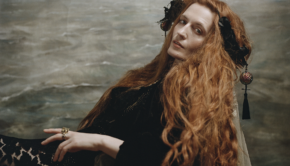 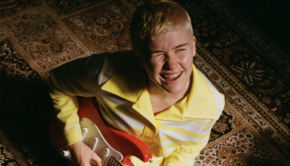