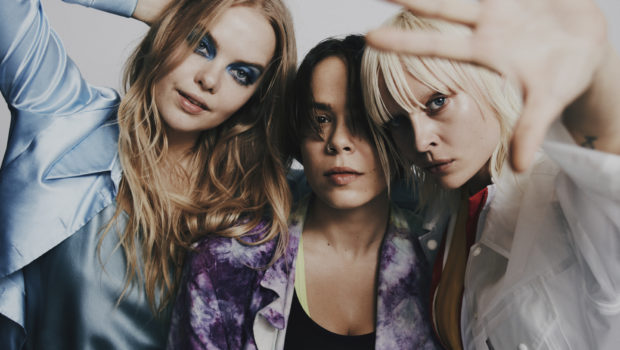 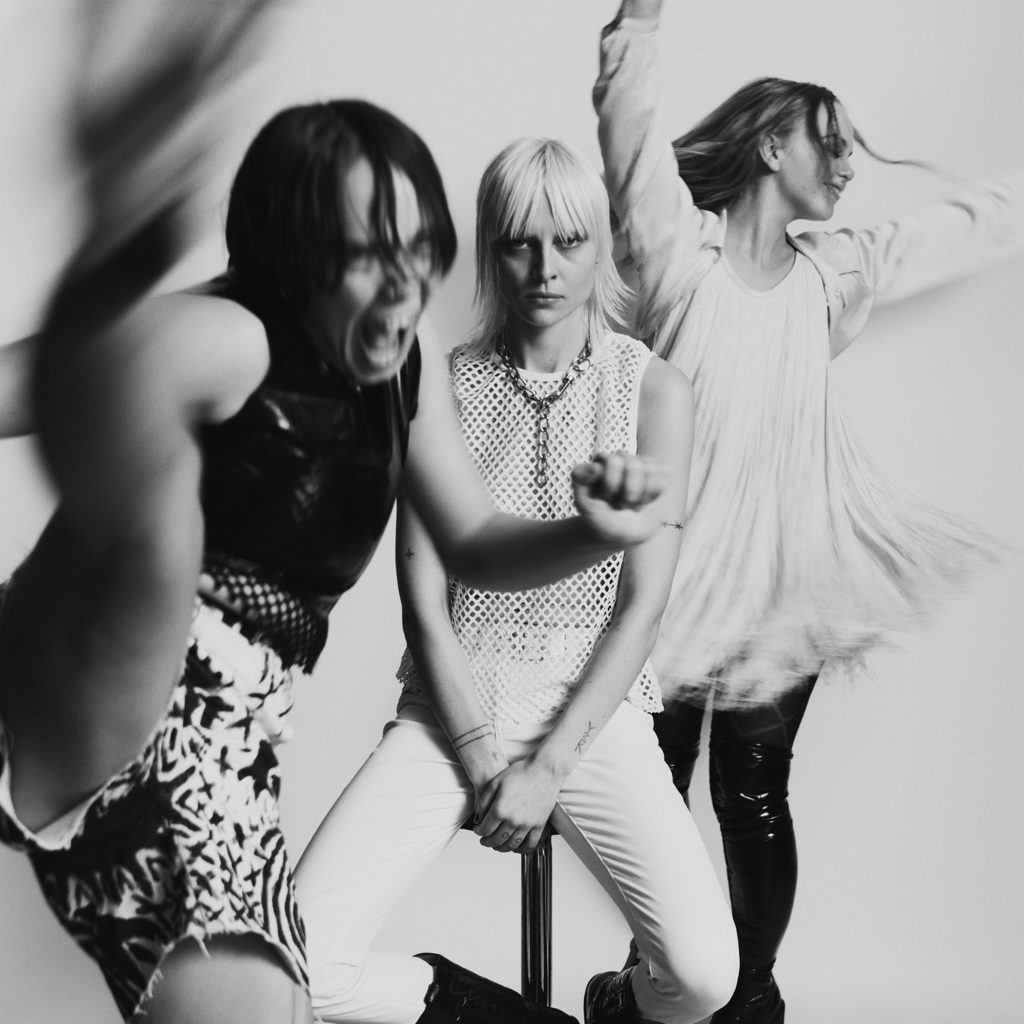 Anyone can play sports and sports can be anything. The song Sorts! began with us taking a break during a writing session. We found some old badminton rackets in the garden and just started playing. We became obsessed – bringing a shuttlecock and a set of rackets to festivals last summer, playing in the car park or a backstage area. We didn’t keep score and the only rule was ’never apologize‘, it just felt good to run around. The song simultaneously plays with and celebrates ’sports‘; exploring the nonsense of sports, toying the seriousness of competition and the rigid of rules while also asserting how important it is to be in your body, the joy of being in a team, the purpose in doing something for the sake of doing it – the euphoria, the endorphins and the sweat. Physical activity literally changes the way your brain functions – more oxygen being pumped in, improving brain plasticity, helping the release of hormones, making you less stressed, better memory, sharper focus and happier. Playing sports is great if that’s for you but there are so many other ways to be physical, to be with your body. For us, more often than not, it’s the rock show. Rock n roll is an extreme sport and we’re a team. Save your apologies for when it’s meaningful, ditch the rulebook and meet us on the pitch.

‘How many ways to say goodbye? To wash away all the strokes of our past life’. Hasta is a song about gaining control by facing reality, by facing the present, being grateful and moving on. This was one of the first songs we wrote after finishing touring our first album. This band has been built around relentless touring and the celebration and love for the live show and the community that it creates. We took seven weeks off. Seven weeks doesn’t seem like a long time, but to us it was the longest we had not played a show since we started this band. During this time we rested, reconnected to our lives outside of Dream Wife and then came back together ready to start writing a second album. After over a year and a half touring the world with the debut and hardly spending any time at home in London we came back to see that things around us had changed. And so had we. Close relationships fell apart and others came together; a bright light cast on all the situations, interactions and relationships that had been put on hold during this time. On tour a part of you finds comfort in holding on to a vision of a place or a person, you become confronted with reality when you stop. Bringing you back to the present moment. It’s a song about letting go of a vision from the past and being thankful to what that was and what it is today. ‘Remember me in the morning light, remember none of the wrong, just the right’.

An orgasmic ditty. Homesick is all about suspense and release. About taking it in turn and not holding back. It’s chaos, it’s sexy, it’s sticky. It’s a dirty banger reappropriating cock rock, turning macho aggression into an anthem of sexual empowerment for womxn. The slow rises and quick drops in the song hold in hand with the lyrical content; in form and theme it explores foreplay and is an ode to oral sex; ‘Tongue, cheek, nip, clit, take a peak, then come up for air’. It illustrates taking ownership of your sexuality and the playfulness and naivety in the laws of attraction.

‘Validation why does it mean so much to me?’. We all need to be seen, we all need our humanity to be witnessed. But living in a progressively individualistic and ego centric world it is important to question the places we receive validation and what worth it holds for us. To receive validation from our peers, a love interest or society – it’s a double edged sword. Validation takes you on a journey; from breaking into cemeteries, going to art shows and ending up at gig. The song isn’t sung but spoken, a splur of thoughts. It explores forms of validation in our society and is a commentary on occupying roles within a community. The song Validation is concerned with both the negative and positive attributes of validation and how it affects us and our insecurities. It’s questioning the word ‘special’ and the weight it carries. It’s a song for friendship and the importance of raising each other up – ‘we find divinity in the faces of our friends’, but ultimately you have to foster your sense of self from within. It’s all in the balance.

‘How is it to love and live temporary?’. Temporary is about holding onto to hope, knowing that the likelihood isn’t high, holding onto an idea but knowing that it is fleeting. This song is written to a friend of ours who went through multiple miscarriages in a short space of time and is now pregnant again. It’s a song of heartbreak and hope. The song questions the stigma behind miscarriages. Why is it that this is not discussed in society but many within our inner circles have stories? ‘With every loss, how do you carry through, know you’re brave to jump back into, i’ll applaud it.’ It’s holding space for the heartbreak of repeatedly putting your heart and your body through the transformation and danger of pregnancy to feel it slip away, it’s holding space for dreams of creating new life and trying again. Miscarriages are not often portrayed in films and the media but it is a heartbreak experienced by so many, it is important to talk of these things. When you do not know the outcome it can be difficult to speak about, the unexplained mysteries of why some wanted pregnancies come to a halt, but it is important to speak. ‘If the heartbeat fails, know i’m here with a full embrace’ – the message is one of hope but an assurance of solidarity regardless of the outcome.

‘I know you’ll fall in love with someone who is not so far away, it’s hard to build a home when you never really stay’. This song is a love letter to the travelling musician. It’s acknowledging the complexities of trying to maintain relationships, build a home or create a sense of stability while on the road. It’s about questioning stereotypical life expectations and figuring out what you want on your own terms. It’s yearning to be loved and held but honouring your own path. It’s about us wives, bandmates, friends committing to each other as life partners. It’s acknowledging that maybe this isn’t a life your friends or family or neighbours will understand, but you understand it, and you love it. That’s what truly matters, that it works for you. Whatever it is you choose to do with your life it should come from your own heart, other people don’t need to understand. Simply: go for your own dreams because dreaming is different for everyone.

If touring taught us anything it is that all we have is the present moment. We experience existence as a continuous present rolling from one moment to the next. Structurally the song RH RN explores this by slowing the tempo during the chorus, elongating the moment, drawing you in. ‘We are youngest we will ever be, we are the oldest we have ever been right now.’ Music is an incredible way of returning to the moment, to connecting with others and our bodies. In a world driven by productivity it is easy to get caught up in the past or the future, this can foster huge amounts of anxiety. It is a liberation to return to the present, to right here, right now, to grab the moment, enjoy it for everything it is and acknowledge those who came before us.

‘Remember when you loved me, remember when my touch was the sweetest thing.’ A song for an affair with an old love, the nostalgia of romance. The excitement, the fireworks, the chase, the action, all muddled in with familiarity, comfort and the recognition of a lovers touch. Old Flame is a song centering ageing and changing and growing within the context of pendulating relationships. It explores the understanding and humor between lovers connected through the passage of time. ‘So familiar yet so new, can you feel it too?’ ‘our skin has gotten more loose’. It’s a song for throwing caution to the wind and going with what feels good and the excitement of familiarity.

So when you gonna…

It’s a dare, an invitation, a challenge. So when you gonna… is a heavy hitting, suspense driven anthem describing the build to getting it off with that cutie you’ve been eyeing up. It’s about communicating your desires, wholehearted consent and the point where talking is no longer enough. It promotes body autonomy and self-empowerment through grabbing the moment. During the breakdown the rules of attraction are detailed in a play by play by a ‘baseball commentator’, describing a playful take on the game of lust – inspired by Meat Loaf’s ‘ Paradise by the dashboard light’. Sonically and thematically drawing upon the rebellious spirit of punk, the track is a high octane thrill ride. 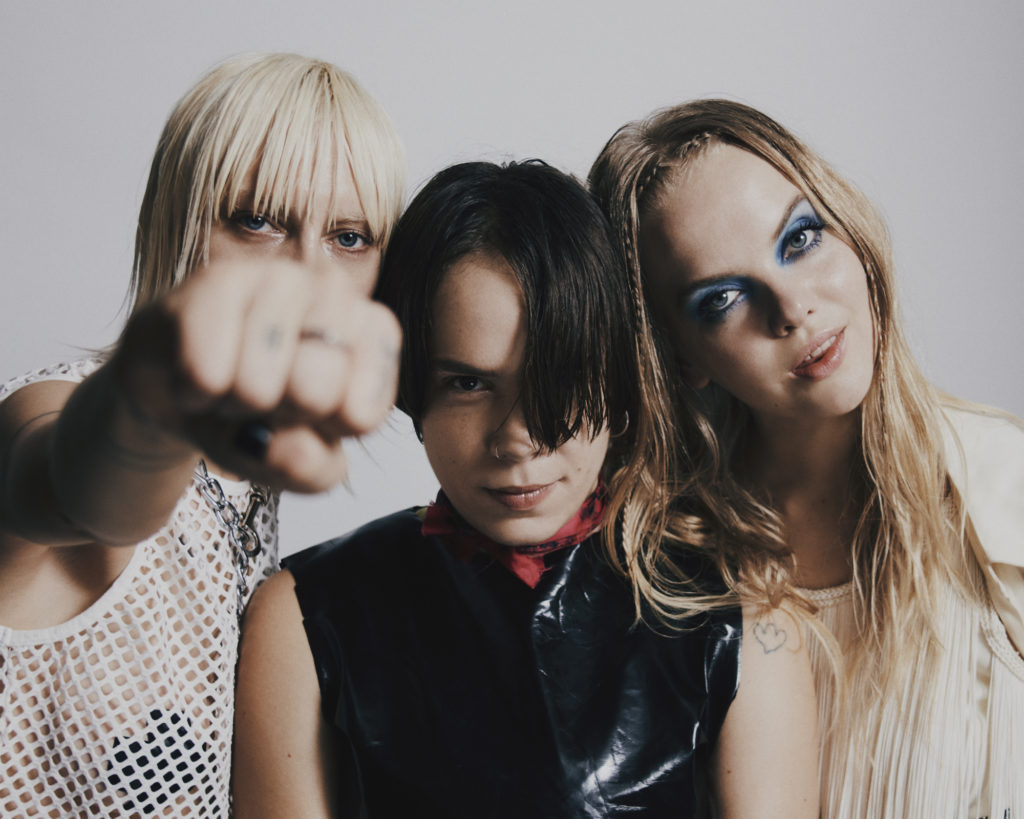 This bittersweet anthem has a nostalgic and sentimental edge. Emotive in essence, the song reflects on feelings towards a lover, the acceptance of what relationships can mean beyond their moment in time. ‘Hold on Me’ explores the tension in wanting someone and feeling uncontrollably drawn to them while knowing it is not the best thing for either of you. It’s about letting yourself feel and to acknowledge those feelings instead of sweeping them under the rug.

After the rain is about the storm in your head. It’s about connecting with your truth after battling; your internal critic, the voices of your inner and outer circles, the public… and stepping out into the storm, pushing others‘ opinions away to find your own voice. ‚Taking in smell after the rain‘. ‘The song was written at the time the Alabama abortion ban came out last year, also at a time when I took on the role of support for my sister who was going through an emotionally difficult abortion. The song was originally written as her voice, describing the storm inside her head. Writing this song opened up conversations surrounding abortion experiences amongst my family, reproductive justice and abortion rights battles came to the forefront, including my own experience with an abortion at a young age. All these generations of foremothers, that were told by society to privately bury these traumas in shame and guilt. The voice of the song then had become all of ours.’ (Rakel) ‘After the Rain’ ends with the conclusion: What a womxn (or any womb bearing individual) chooses to do with their body, their life, is none of anyone’s business except their own. It is our choice to craft the narratives of our own lives and fight the restrictions put on us by a society attempting to control our bodies. It’s feeling all the feelings and knowing that the storm will pass. 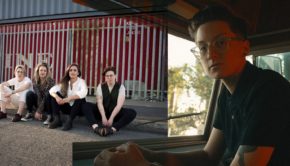 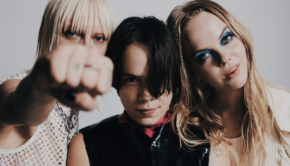 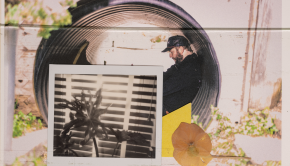