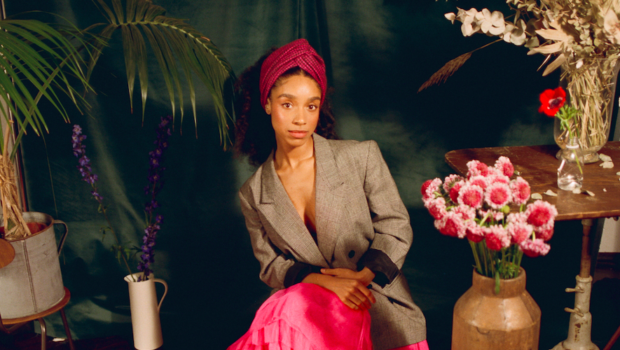 In February you‘ve played with Oscar Jerome at EartH in Hackney, more gigs were planned before Corona hit us. How does it feel not to be able to perform your music live for a while?
It‘s a bit sad and disappointing. I‘d love to be able to play live, especially now as I was gearing up to be on the road. It‘s a bit strange, I‘m doing a lot of other things, but it feels surreal, because normally I would be in another country playing and maybe we might be speaking in person. It‘s getting used to changes basically.

What is it like to come back after five years?
I didn‘t really go anywhere. I just didn‘t release any music for a while, and I didn‘t feel like I‘m coming back to anything. I had a five-year gap, it‘s not due to lack of wanting to. 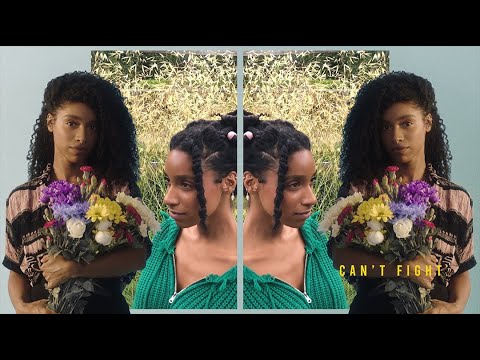 Is it true you‘ve lacked a bit of self-confidence along the way?
You know, yeah, some people have that sometimes, especially in this kind of industry it‘s very common. Yeah, I had to find a flow again. I think it takes me a little bit of time to write until I‘m happy with the music, because I‘m a bit of a perfectionist as well.

How would you sum up your previous record Blood? Are you fully happy with it or would you change something if you could?
I was mostly happy with it, but there are certain things I would change. I don‘t know if I should say….there‘s one song called What You Don‘t Do that I did not write. I don‘t think it‘s a bad song, it‘s just that I didn‘t write it. I would have liked to have another chance to make an album made entirely of songs that I have written, but I was feeling a bit of pressure from my label at the time to have a radio single and all the usual things that they say…(speaks up) HOWEVER!!!… that is what I‘ve done on this album, and that is part of the reason I‘m excited about it and proud because I had a lot of creative control and it was my project. It reflects me even more well than the last project did.

When I listen to your new album I discover a strong dialogue between your voice and the sounds of the guitar. Do want to come across as real as possible, more than before?
I‘ve always wanted that, I always wanted to do what I want to do, whether to play an acoustic guitar or no guitar or dance. I have a big problem when I‘m being told what would be good if I did it. I need to feel it! I need to make that decision myself. I feel with everything I do I‘m growing and developing a little bit.

What kind of music has inspired you in the last few years?
I listen to pretty much all the same music that I listened to my whole life, but I‘ve discovered some things along the way…a lot of jazz, Joni Mitchell, Jaco Pastorius, lots of Brazilian music, Elza Soares, Milton Nascimento, Joao Gilberto…my usual favourites, but I was newly obsessed with the sound of it this time around. 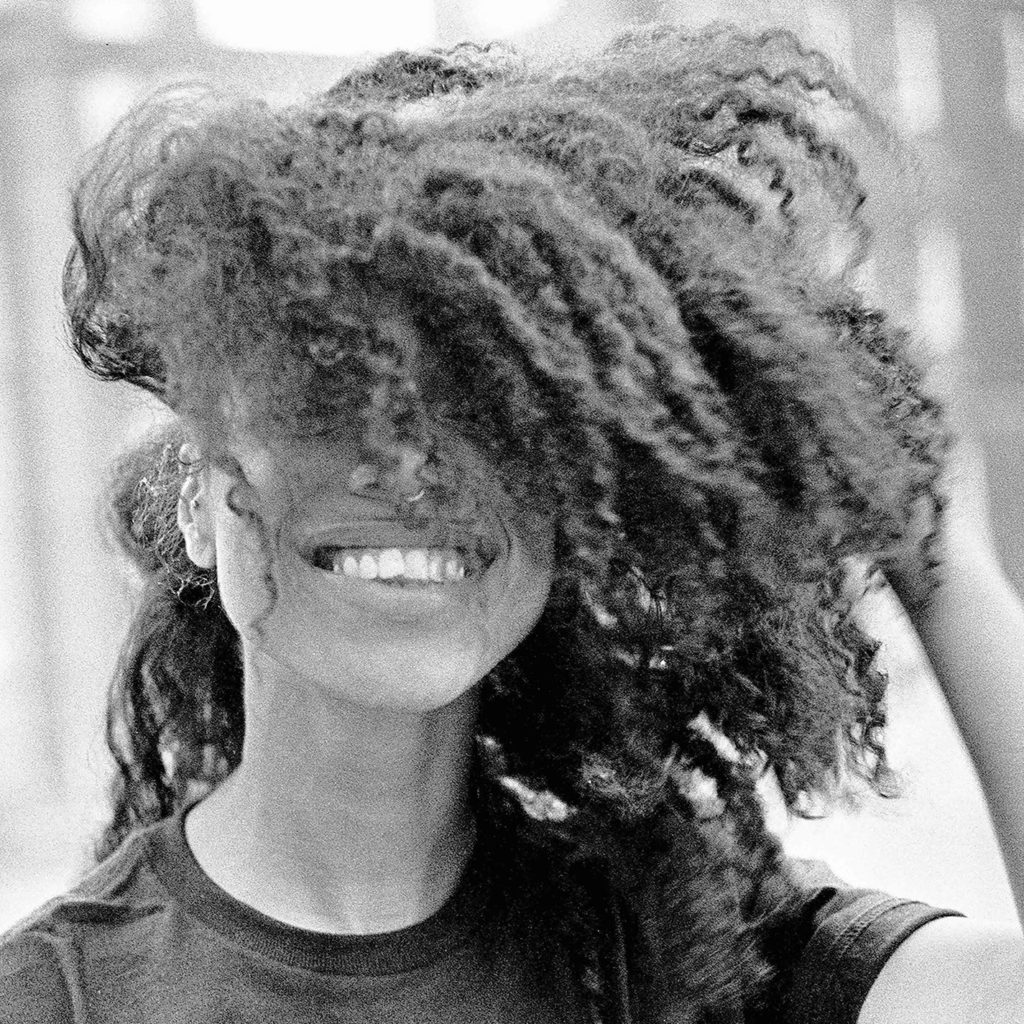 Hip hop and R&B are important too, judging by Bittersweet and Please Don‘t Make My Cry. Are you more interested than ever in this kind of sound now?
I‘ve always enjoyed the sounds from a lot of R&B, I was listening almost exclusively to R&B when I was growing up. I just wanted to find a way to mix it with my style of guitar. I did Please Don‘t Make Me Cry with Nick Hakim. It was a really nourishing experience to work with him, because I‘m such a fan and he also helped me to express that side of my musical taste. I‘m very grateful for that.

I watched the Tiny Desk performance you‘ve done at home, I found it very striking since it felt very folky. You‘ve mentioned Joni Mitchell as an influence. At the same it was was your Greek father who taught you play the guitar. Do you think you‘re bringing more of his influence to the music?
I‘m not close to that, but I have thought of it though. Honestly it was just out of necessity that I‘ve played the acoustic one for the little Tiny Desk gig. Usually I‘m playing the electric guitar but I couldn‘t be bothered to plug in everything…(laughs)…and they‘ve asked for an acoustic performance. But it‘s nice when the time for it is appropriate.

When and how did you fall in love with Radiohead for the first time?
I had always known about them growing up, but the first actual sole album I fell in love with was In Rainbows. That was when I was about 20 years old, and I was walking and it was on shuffle on my iPad…Pod…iPod…

..haha, exactly, the iPod, it‘s such an old thing right now, you don‘t have it on your lips as much anymore….
(laughs) I know, I think we should save them, I love them, but anyway…I was walking in the street and I looked at the sky when this song Weird Fishes came on. The weather was sunny and cloudy, it looked like there‘s going to be a storm. For some reason the sound and music perfectly matched what I was seeing in the sky. At that moment I didn‘t know what was going on, the power of this one song kind of transporting me to another world. It was quite an intense listening experience and of course I became obsessed with the whole album and I had also liked the single Reckoner. It wasn‘t until 2009 that I bought the whole CD cause I saw it on special offer with Frank by Amy Winehouse, Radiohead and another CD – you could get three for 10 pounds! That‘s how I got obsessed with Amy and Radiohead. After that I always cared about their releases and what they‘re doing next. I‘ve also seen their live performance at Glastonbury a couple of years ago – big fan! 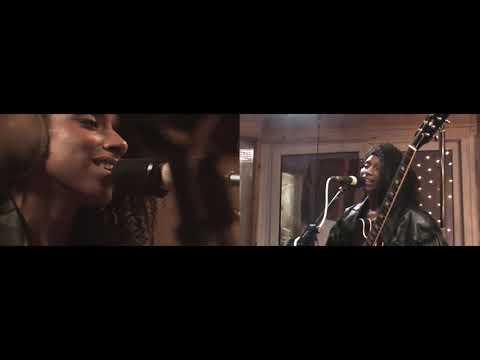 You‘re covering Radiohead‘s Weird Fishes on the new album. You‘ve already played a version of it live at Glastonbury 2013. Why is now the right time to also release the song?
It was the starting point to recording with my band. It showed me that the band was definitely a great thing happening in my life. They‘re my friends and I play live with them as long as we go on tour. I wanted to do the rest of the album with them. The song Courage was already done, and Sour Flower and Paper Thin too. I tried Weird Fishes because I never had a studio recording of it. The process was so much fun and easy and just so rewarding, it felt completely right. And as regarding the lyrics to this song, I think it was appropriate for my album, because of the lyrics and what I feel at the time. It seemed to perfectly match up with the mood I wanted to create. And also the sound is very…there‘s a strong statement, the sound of that song, I wanted to say this is who I am and this is what I sound like. It‘s a defining song because of its production.

You bring in a lot of fine details on this album. Exploring them can take a bit of time, but it is a lot of fun to find them. And let‘s face it: It‘s good to have people like you who are trying to bring something different out of the combination of singing and guitar playing in 2020.
Thank you. In 2020, if everything is already been done, then the only thing you can do is just do what you want to do. That‘s the only way it‘s going to be authentic in a time like this when there such a high volume of different types of music and sound. Just do what you want to do, that‘s the conclusion. 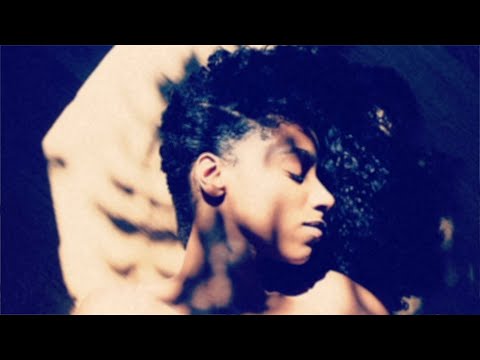 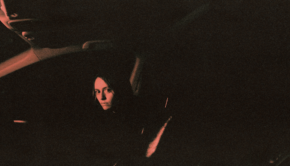 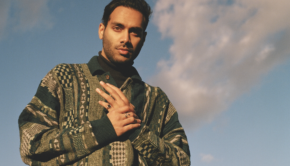 EDWIN RAPHAEL – about the song →

EVERYTHING AND EVERYBODY – nicht ausdefiniert →