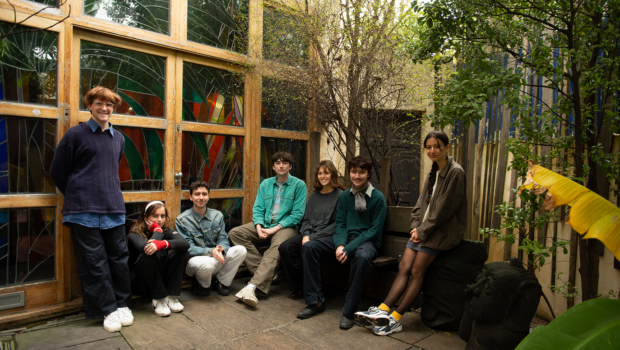 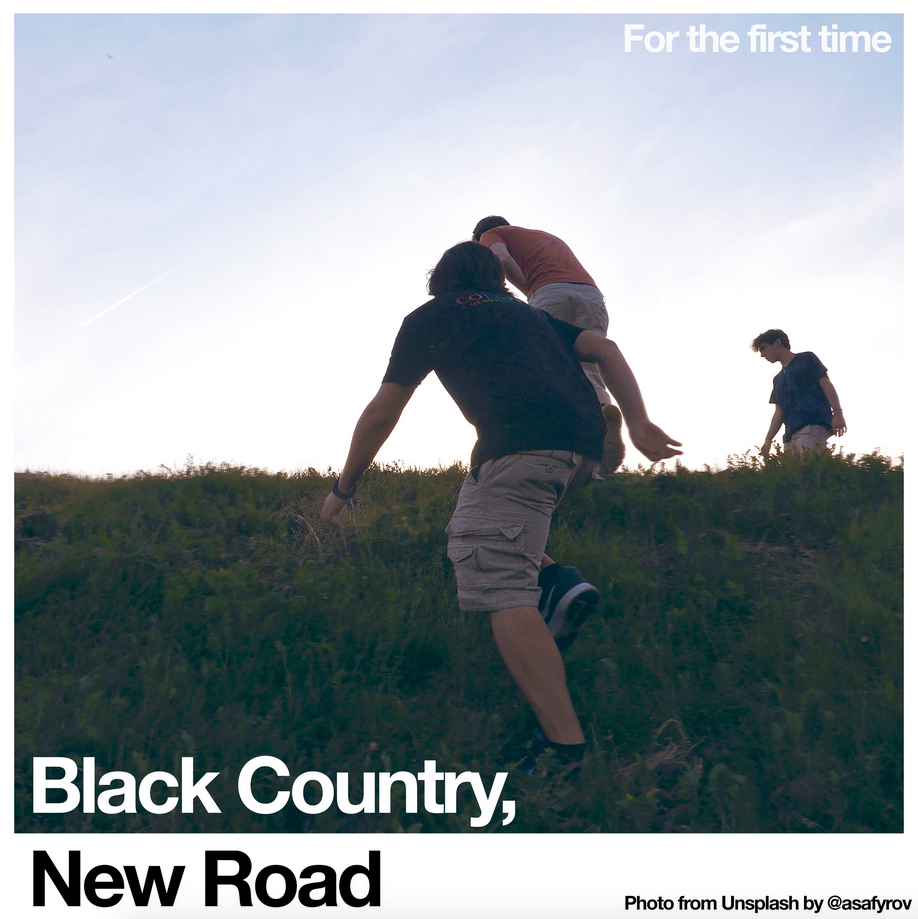 Life‘s a bit mad now, isn‘t it? How is it for musicians like you? Brexit is changing things, you now need visas, work permits and equipment carnets when you tour abroad.
Charlie: It‘s one of the worst things about Brexit. When the deal was signed and secured, we found out that there was outrage about the government having the option to allow artists to move through Europe visa free. But the government refused to do it, because they didn‘t want European artists to have the same provision in the UK, which we all thought was absurd and disgusting and quite revelatory. I can see no positive attitude on the government‘s side towards artistic communities in the UK and also in Europe.

Elton John just spoke about how important it was for him to play in Europe in the early part of his career. You have played in Berlin in 2017 supporting Beach Fossils at a venue called Musik & Frieden with your first band. Do you remember the tour and the gig?
May: I remember it yeah. I had to leave to start university the next day. But it was really fun actually, one of the best gigs at the time.
Charlie: Yeah, I would agree, it was the best gig we had played as a band until that point. In Germany there‘s a fantastic culture of people going to gigs and going to watch the support band, which isn‘t necessarily the case in England. People meander through, they might talk a bit, it‘s not a about the support act. In Berlin the place was full when we were on stage, they paid attention and it was interactive.

The unreleased album most of you made with the band Nervous Conditions at the time featured six tracks. On BCNR‘s debut there are six tracks too. There seems to be a pattern. Why is six the right number?
Charlie: I think is important to note that the Nervous Conditions album is not part of our canon, it‘s not a BCNR album, it‘s a separate album. This is our first album as this group of musicians. The album we made as Nervous Conditions was created and conceived under very different circumstances. It was a feeling that we wanted to have it ourselves, there was no fanfare, it‘s not like this. I think it marks in the ground where we began as this group, it‘s the chronological beginning for us as a group of musicians.
Lewis: Six songs though is the perfect album. Not too many songs, nothing ever gets boring, you‘re more likely to make a better album if you‘ve got less songs on it because it‘s less songs to be shit on it. (Charlie laughing) With this album in nearly every way we went for the easy option, the easy option in the case of deciding how many songs to pick that there‘s six songs on there. Just enough for it to be an album, but easy enough for it to probably be better than it could be. (Charlie laughing)

There are other things that are particular about this band. You‘re not shying away from name-dropping. Various names of persons are mentioned in the lyrics. Why do you prefer such directness?
Lewis: It‘s quite a quick way to paint a vivid picture to people. Reference points are really helpful when you are imagining things, in the same try if I try to remember a series of words you might picture them in a different room in your house. Having someone say something about Kendall Jenner you immediately picture her, you know who this person is. Referencing someone or something means you can immediately vividly imagine where you are who you‘re with and it‘s a good way of allow people to imagine this situation.

black midi and Jerskin Fendrick are mentioned in the song Track X. How did you build up a kinship with them? You also played a Xmas charity gig in a collaborative band called black midi, New Road.
Charlie: We invited Jerskin to be the first singer in Black Country, New Road before the band took that name. He‘s handed it down, he said no, he had much better things to do. The sense of community is very important for us. Without it we wouldn‘t be in this position, we wouldn‘t have been inspired to write music. The music that we‘ve had is entirely based on watching other very talented and very friendly people in a communal space and engaging with them. That‘s super important. 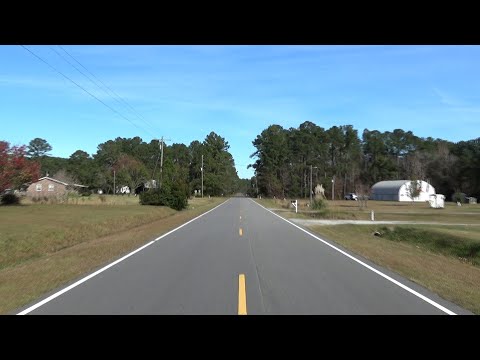 What‘s it like to play with black midi in a band?
Charlie: As a drummer it‘s incredibly intimidating (laughs). I can remember the first time we ever saw them. We were on the same bill as them. It was black midi opening, then Jerskin Ferskin and then us at the Windmill, must have been October 2016. We never heard of black midi before and the guy who pulled on the night said that we have to watch the soundcheck if nothing else. I remember Morgan playing the drums and it was one of the most impressive reminders that I need to practice more (laughs). He‘s sensational, he‘s without a doubt the best drummer I‘ve ever seen.
Lewis: Playing with them is sick, they‘re so good. They listen so well and it creates such an easy environment to improvise in with them. Whatever idea you come up with it‘s going to be heard, someone might respond to it. That‘s the key to imrovising in big groups is listening and having people being able to be bold enough, because you know there are people who are going to respond to an idea you had.

black midi and Jerskin have released albums with German sounding titles. What do you connect with this country?
Lewis: Germany is wicked. I often think I would actually move to mainland Europe, it kind of all blows into one a litte bit for me. You can get everywhere by train in these countries. Belgium, Holland, Germany, you can get to either one of them unlike a train that is like our train you get between Manchester and London. It feels so interconnected. When we played in Haldern there were guys from Holland who came in on a two-hour train, that‘s wicked. I love the idea of being able to see my local Dutch team playing the Champions League against Borussia Mönchengladbach and get the train there – how cool is that? 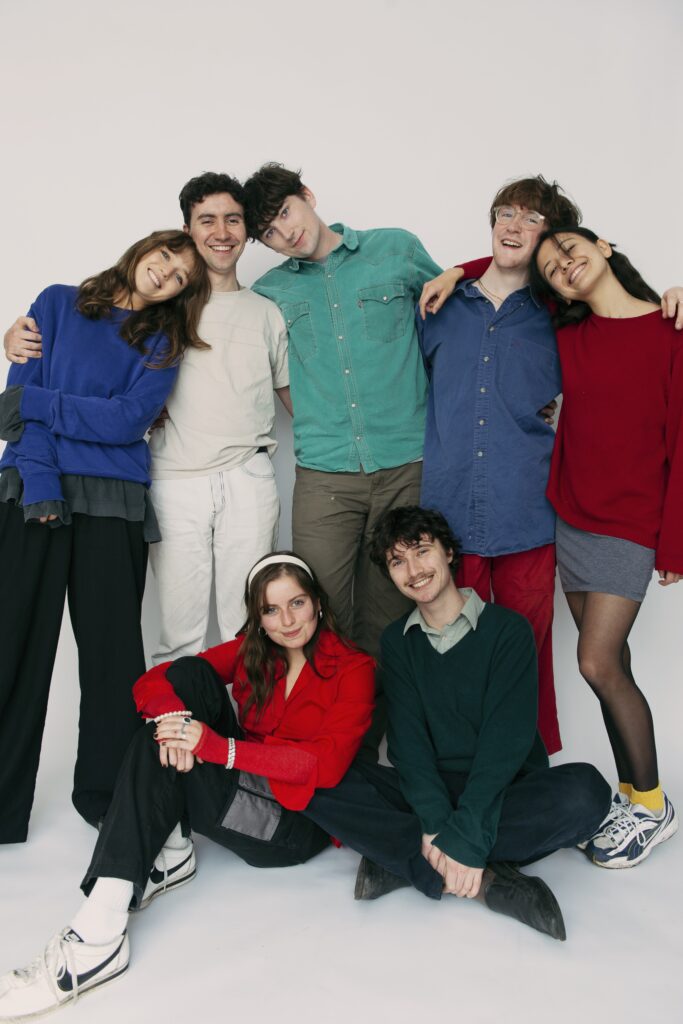 Now to something else that is coming from Europe. Where does your interest in Klezmer music come from?
Lewis: My first improvisational experience as a 12-year old was in Klezmer music. My first experience in writing music was in Klezmer. Every holiday I would go to this Aldeburgh music course in Suffolk on the east coast of the UK. The first course I did there was a Klezmer music course and improvising with that, learning all these melodies. Making new melodies in a Klezmer music style at that age massively influenced me and changed the way completely, it shaped my musical voice. A lot of what I play now when I‘m improvising, whether it be harmonically, melodically or in terms of shape and general feeling, feels like it has a Klezmer background. Georgia (Ellery, the band‘s violinist) had a lot more Klezmer playing experience than me, she played in a Klezmer band and still does for the last four years with people she met through Guildhall.

Opus is the tune on the record where the Klezmer influence comes through most.
Lewis: Isaac had some chords together for the slower section and I put a melody on top that, which is a bit Klezmer-like. Then in the faster section the guitar parts aren‘t really Klezmer-style, but it‘s the saxophone and violin parts and the synth part as well which really access that Klezmer vibe harmonically and melodically. We all just workshopped it a little bit and put our ideas in it and it came out like it does.

May and Charlie, it must be really horrible for you to hear how your bandmates always bring in this kind of sound you are not too familiar with.
Charlie: Yeah, it‘s a living nightmare, Every day I wake up I think about Klezmer music without wanting to…. (laughs)

Oh, he‘s gone now….
Charlie: He can‘t take the criticism….how sad…(all laughing)…but I remember seeing Georgia‘s Klezmer band three years ago now, it was fantastic. I totally got it. Klezmer is one of the core elements of our improvisational language. We wrote Opus on the first day the band Black Country, New Road started. It just felt a natural thing rather than picking out a bit of world music we never really delved into.

„It‘s a black country out there!“ is the big shout in Science Fair. It sounds quite threatening. The Black Country is a well-known area in the British Midlands. Why do you put so much stress on the place? What kind of role does the Black Country play for you, as people who are mostly from Cambridge? Or is it more about the black place we can find ourselves in?
Lewis: There‘s no meaning. It‘s just a name. We saw it on Wikipedia and we made it our band name. But yes, people get upset about that because a lot of people take pride about being from the Black Country. They have a problem, they think we‘re a bunch of posh kids from Cambridge appropriating their precious land‘s name, and for that I‘m sorry.
Charlie: It does make more sense when you don‘t attribute it to the literal place. The band name itself, the meaning of it became quite clear after we‘ve chosen it which was it did make sense to our literal experience, the band coming from a crap situation, having to start from the beginning and the music we‘re playing together was a pretty good root out from that. 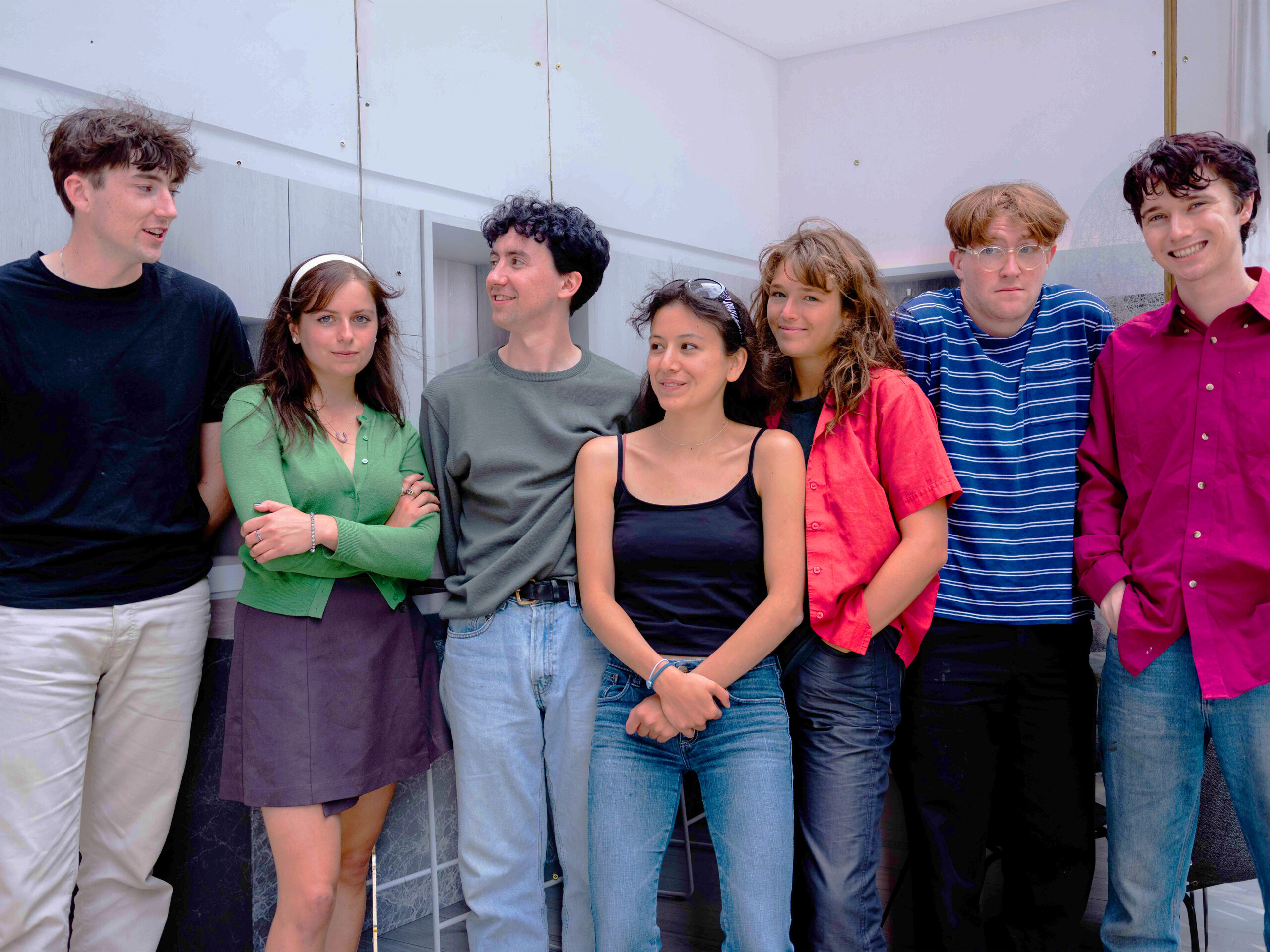 Which of the six tracks on the album is the one you‘re most proud of?
May: For me Track X at the moment, it‘s the newest.
Lewis: I think Opus. It‘s epic, it sounds so good, the best it could possibly sounded. But also Track X as well, because it‘s the only one I‘ve listened to again since having recorded it.
Charlie: The thing with Opus is that we haven‘t really changed it since we wrote it in the first place a couple of years ago. It stood the test of time. It has come out weird and odd and it still sounds fun to play, still interesting.

You‘ve worked with two producers so far, Dan Carey and Andy Savours. If you had the chance to work with another person with experience in music, producer, songwriter, who would you choose?
All three: Kanye West!

Why?
Charlie: He‘s going to write the craziest breakup album of all time and we want to be on it.

Makes sense. You also mention him on the record.
Charlie: We don‘t have too many broad artists that we all unanimously really like, but Kanye West is definitely one of them.

What is the next real step you have in mind?
Charlie: We are working on the next album right now. It feels much closer to a conceptually consistent set of songs. We have written them in the same period of time very closely and they are written on broadly the same kind of themes and musical motifs. In that sense it‘s better organized maybe. 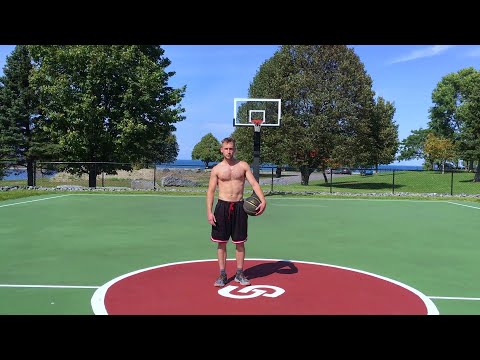 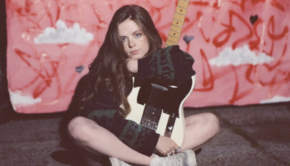 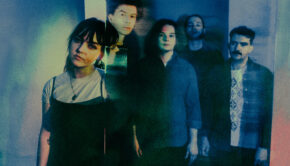 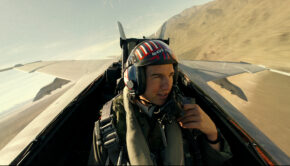 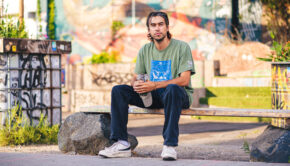