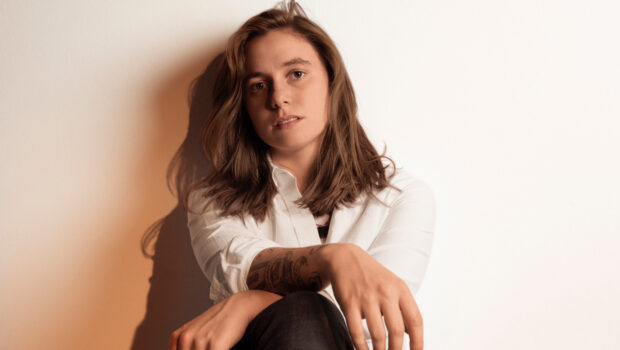 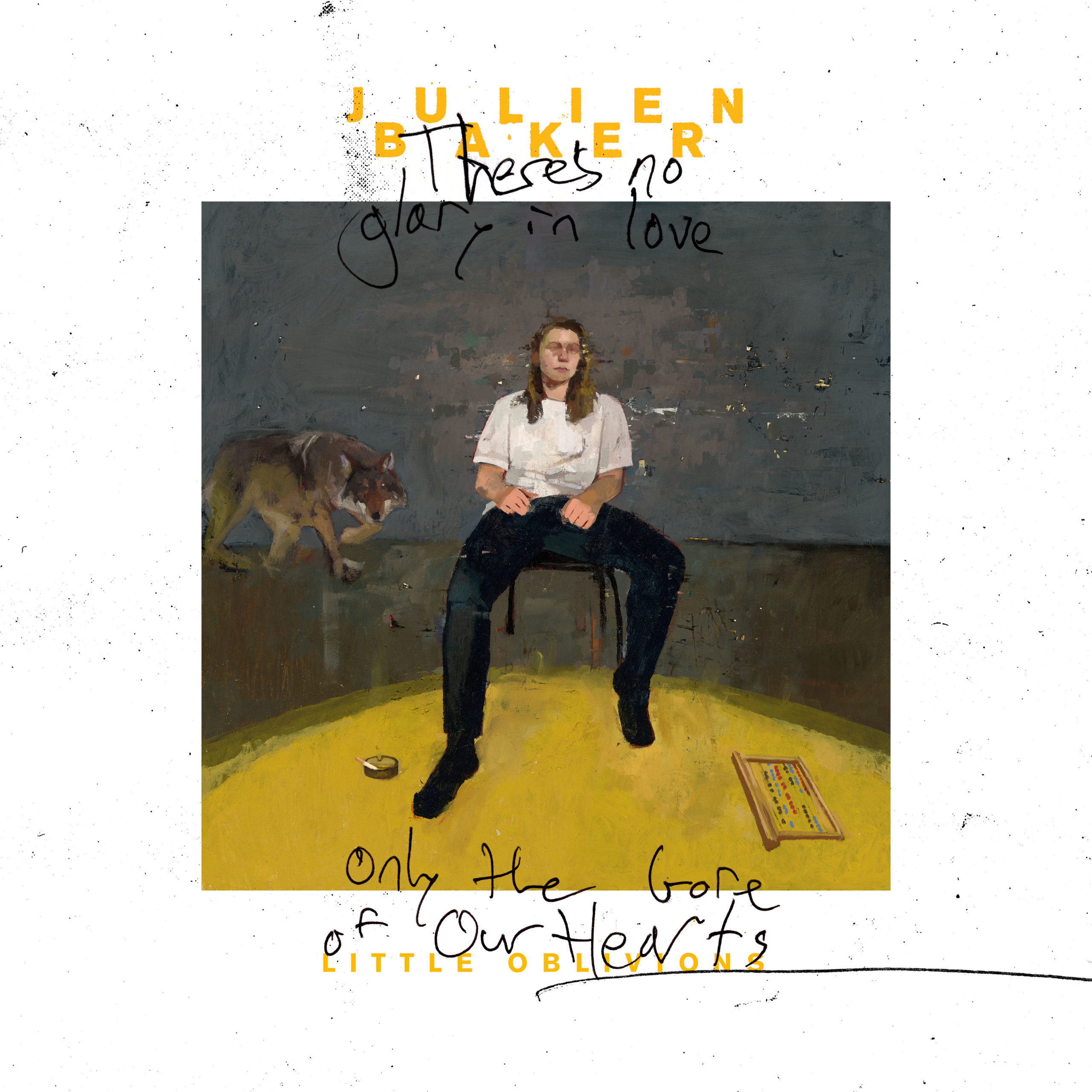 Is change or continuity more important for you?
I think that consistency is really important, but at the same time I have more respect for artists that allow themselves to change – even if there are a number of artists that have changed in ways that aren’t my favorite. If I have an emotional connection to the artist, I go beyond my own comfort to try to understand.

I have to think about Madonna now. But maybe that’s not the kind of artist you had in mind.
Madonna is a great example. I love pop music. It’s like this exaggerated theater of what happens with musicians of my size. I’m an indie musician and so not only is there a level of expected quirkiness or anti conventionalism, but there’s also a little bit more artistic license and more sympathy to the artistic process. I feel like in pop music, it can be so ruthless when an artist tries to change what they sound like and that’s why I have so much respect for artists that do something really different at that level. They understand their responsibility to challenge the listener instead of regurgitate the same thing. They set trends in music and influence culture.

In my opinion you challenge the listener in the way that you don’t like to fictionalize a lot in your songs.
All of the things that I talk about are really things that happen to me. It used to feel more uncomfortable for me, but now it’s just relieving. It’s like a dream that as a musician I had been given this magical platform. I never thought that it would happen, but suddenly I had an audience. People who come to see me play. I felt compelled to give something back that was meaningful and encouraging.

This sounds kind of stressful too.
For a long time like it was strenuous to try to keep myself up to the standard of the best self I wanted to be. The self I wanted to be on stage, in interviews. If I knew that people were going to be looking and listening to me, I tried to be good. But then living up to that every day is kind of impossible.

But then you changed the perspective, right? You stopped this fight of being a perfect person.
Yes, and it felt really good to be like: Well, if I stop focusing on being so good all the time, then I can do the things that make me personally feel OK – not as a musician, but like a human being on earth. It’s freeing. 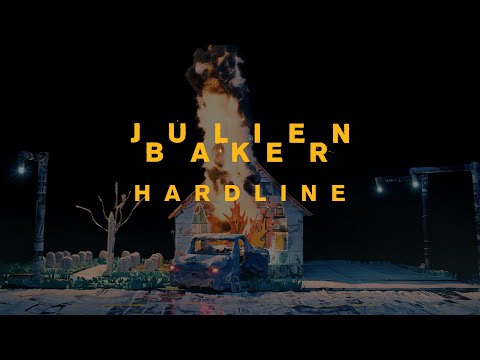 How was it even possible for you to live up to this high standard for so long?
I ask myself that all the time. I wanted to be good, like truly good. But first of all: How are you ever going to feel like you’re truly good? What does that feel like? How do you prove that? Second of all: I want people to see me as good. But the more people that perceived me as good, the more my anxiety would work against itself and be like: ‘You’re deceiving them, ultimately you are a performer. Just like an actor or a politician. Your job is to make people believe something about you that you decide you’re.’ I know that I shape the narrative around myself. I have ultimate control over whether people think I’m good or bad. And then it’s like on this record: It felt really good to just say all the things about myself that I was most disgusted with. To list all my failures, not in this weird self flagellating way or to punish myself, but just to feel like I could remove some of the power of the things I was most ashamed of.

‘Being truly good’: What does that even mean?
It’s that’s such a vague term, I know. I grew up in a super religious context, but I still didn’t think that good was like praying every day and memorizing the Bible. Good is always being forgiving for instance. 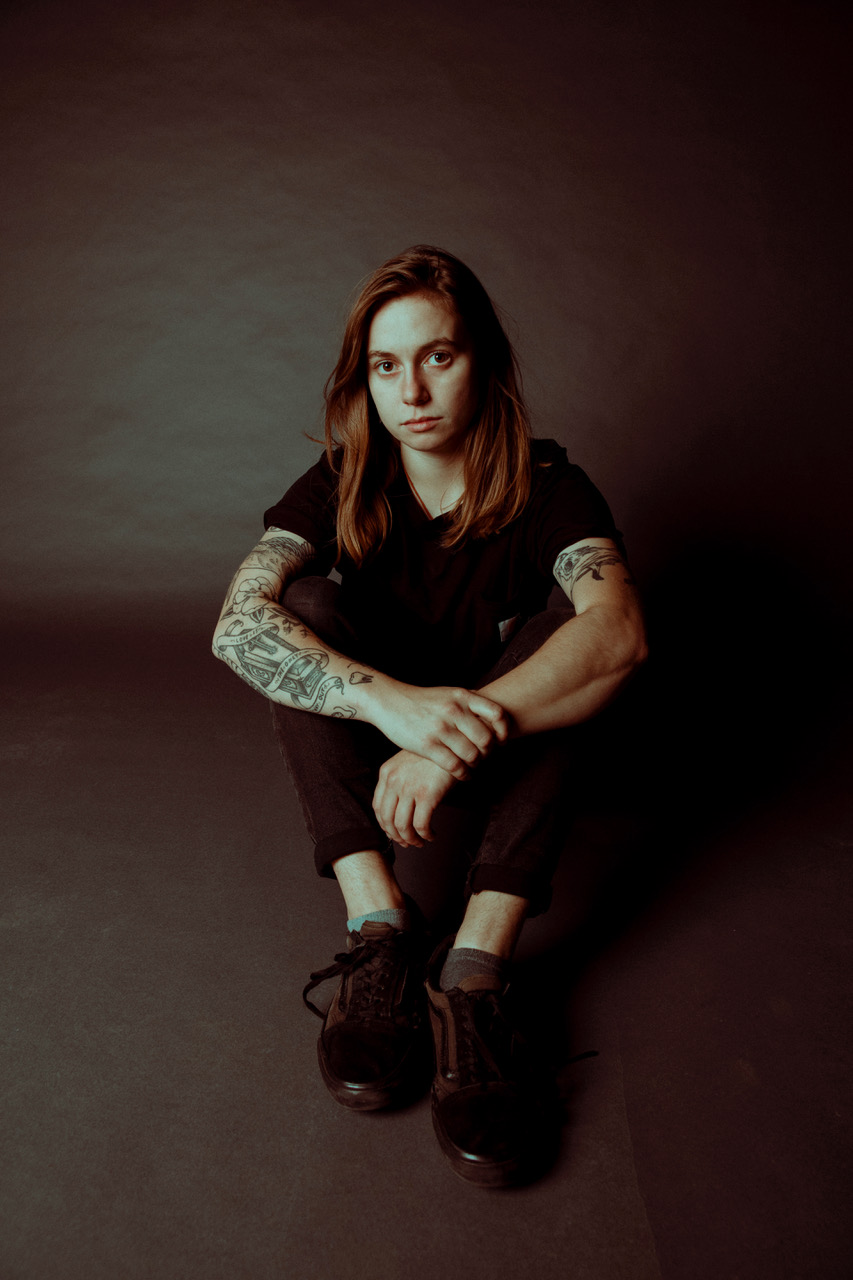 Ok, that is not so easy all the time …
Yes, and I felt deeply conflicted about my obligation as a human being to try to care for the earth and for all other human beings aswell. It’s hard for me to talk about this because I don’t want it to come off like: ‘Yeah, I used to try to be a good person and now I just do whatever the fuck I want.’ But for me, it’s not a rosary or a bible verse. I was consumed with being straight edge and being vegan and doing all these categorical things and it messed with how I thought about money and the way that I would buy food for myself. I was sparing and it was monkish. But at some point, I realized I’m doing this not because I want to live like a monk and devote my labor and income to others. I’m doing this because it satisfies a need to feel like a good person. I hated that. It was uncomfortable. I was just fulfilling my need to get rid of my anxiety about being a good person. But it defeats the point. So I had to change how I thought about what being a good person means. I had to change how I thought about God too. I had to sit with the anxiety and ask myself: What if I’m just a person and people are not good and bad?

How does it work for you now?
I try to increase the amount of times I do good things and decrease the amount of times I do bad things. But there’s no way for me to convince anyone that I’m a good person. That helps in a way. I can stop trying so hard and start talking about not being sober in a record or failing – failing my partners or lying or stealing, and I don’t feel like I’m going to shatter someone’s image of me because I’m just a person.

In a way it seems like you really embrace failures on your new record.
It’s not like I’ve ever written happy material. On my first two records, I would talk about negative, painful, difficult experiences. But yeah, in a weird way I was celebrating failures. It was humbling as well – to come back around to another season of real dark experiences and be reminded that it’s cyclical. I carry those things around with me. I don’t always have to deal with them, but I just know it’s OK to fail and fail for a very long time. It’s not easy, but it seems like you always have the next aim. 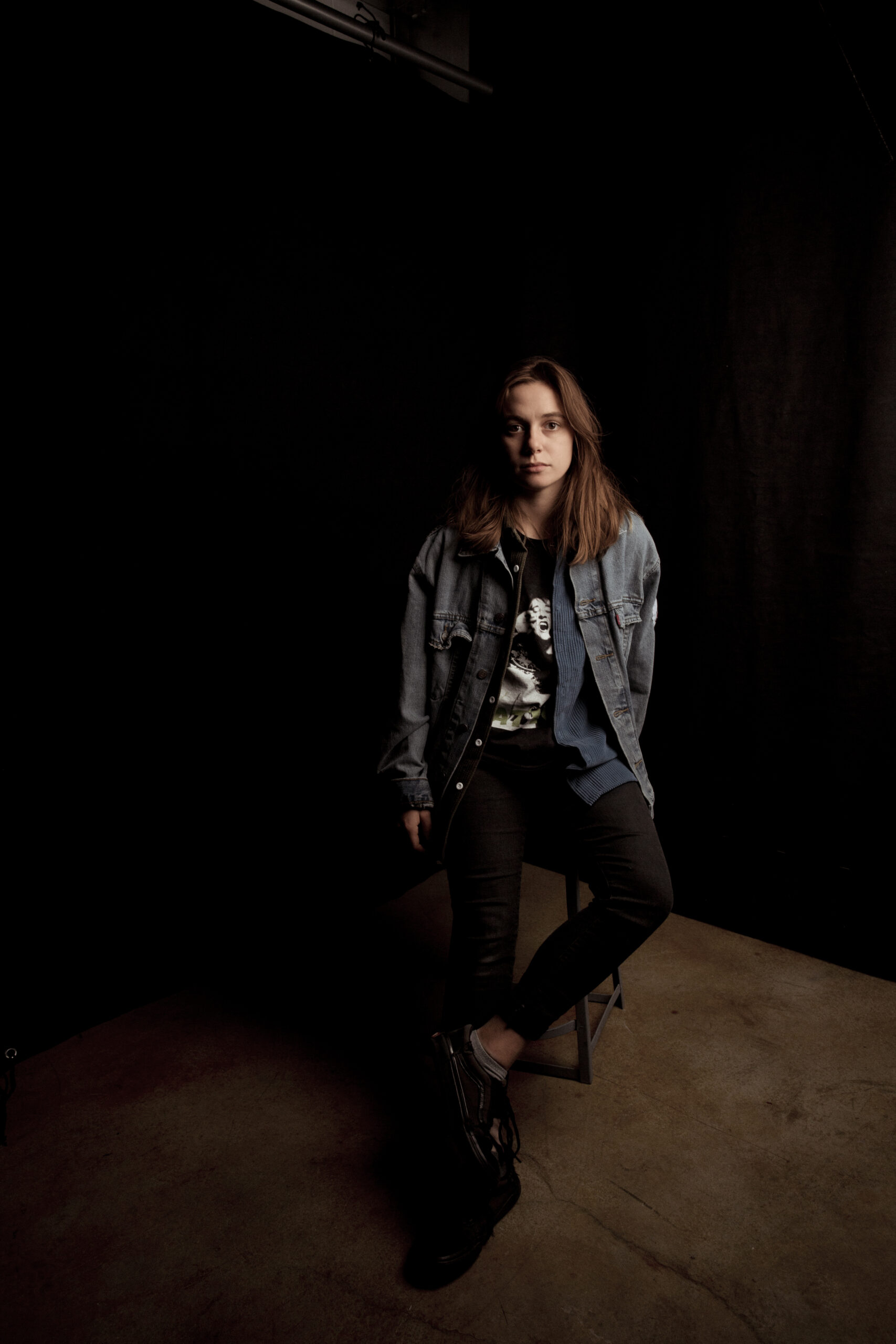 So you’re constantly looking for something?
Well, especially in 2019, I kept waiting for a moment where I understood what God wanted me to do. But now I think it’s really freeing to figure out that I’m not going to wake up one day and feel certain that I know. I wanted it so badly because that would have given my life a purpose and it’s much harder for humans to accept that they are responsible for assigning their own life purpose. I think that’s why we drift towards political parties and religions and all manner of things. Because it’s difficult for us to be accountable for what we believe our life is important for.

A lot of people just want to have a structure. But as a musician, you don’t have a boss who says you have to be at work at this time and stuff like that. You have to structure yourself and I can imagine, it can be tough.
Yeah! And how do I trust myself? It can be really hard. The business aspect of music isn’t my area of expertise, but I had a lot of people telling me what I should do when I was younger. I followed their advice because I didn’t want to be arrogant, but I also followed their advice because it’s easy. Easier than trying to take a gamble on my own. I don’t wanna look stupid. I want to blame it on somebody else. Like: ‘Why did you tell me to do that?’ It’s more difficult to say: ‘This is what I want to do and I’m going to do it because I want to.’ But if it feels good to cultivate a trusting relationship with myself and with my own psyche. 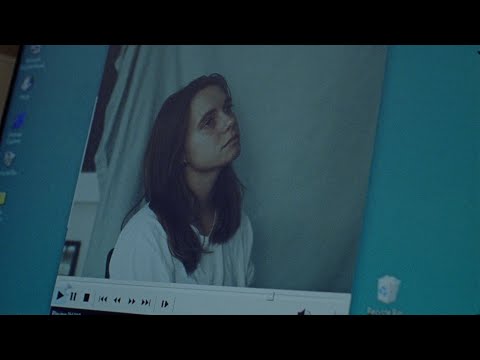 Who was your first role model when you grew up?
I’m a huge David Bazan fan! I remember when I heard ‘Options’ by Pedro the Lion. My gosh! At one point he sings: ‘I would never divorce you without a good reason.’ I was 13 and literally everyone’s parents were divorced in school. That was coming up against that you waited until marriage to have sex and you only loved one person ever. Which isn’t a realistic expectation of the heart or the body or the mind, but I didn’t know that. I was just like: ‘Well, if this is the way that life is supposed to work, why is everyone failing? Why is everyone failing to stay in love? Does love exist?’

Wow, this sounds like a big deal.
Yeah, and Bazan was the first person that I heard speak openly about what it really means to commit to another human being. I was so relieved that there was a person who was lifting the curtain on what people really think, despite what they’re told in society and what they say to their friends and to their parents. What they actually mean is: ‘I’m pretty sure I can love you for like a decade. Maybe more.’

So this song really changed your life?
It made me want to start writing songs like that, yes. Songs where I said things as they were more than how I wanted them to be. I don’t want to make confessions all the time. I just want to be accountable for my decisions and be like: This is the person that I am, I’m really trying to do my best. 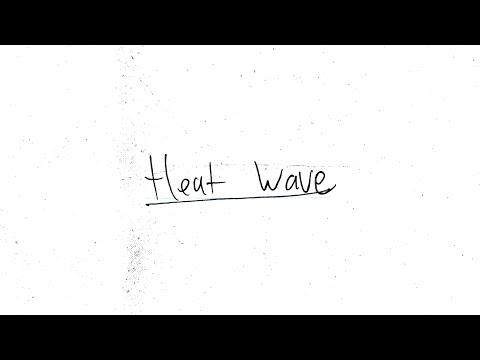 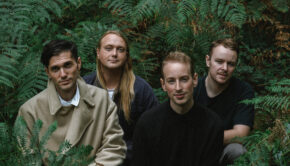 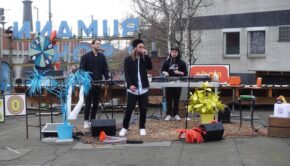