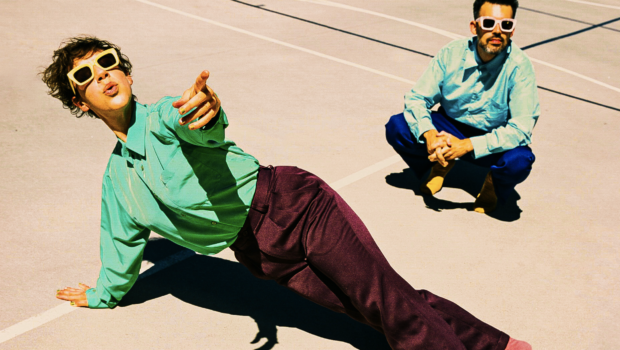 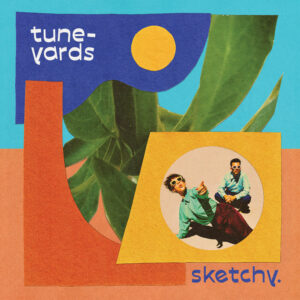 Congratulations on the new album! Last year must have been a big change for you, you have been so busy, on the road, recording etc. in the last couple of years, to be forced still must have really changed your life, but also your work.
Merrill Garbus: It happened at the right time. In many things we have been lucky. We have been just at the end of needing to finish the record. We had already put on our calendars to stay home, to not see anybody and to work very hard. That was right about now a year ago now. It felt stranger later. It is the first time that we are releasing a record and are not touring. Instead of rehearsing for a tour, we are figuring out how to make video content in a way that we have never been responsible for before.
Nathaniel Brenner: For me, personally, it was amazing, because I felt like we were going full speed non-stop. We were not really able to enjoy everything we were doing. Getting shutdown and to be able to just enjoy your day, to enjoy a coffee… It is a very grounding experience to not be fighting with the time for once and just to live your life.
Merrill Garbus: Of course, we are in a special situation. We have some kind of passive income. Other people are suffering so much more – for example, the musicians that do not have a songwriting income. So, we are in a better position than many other people and musicians even.

You had already planned to slow down and get into a deep work mode before the pandemic hit. I read that the Beastie Boys book got you into working again after a period of insecurity. How was that process for you?
Merrill Garbus: I had stopped having fun with music and the Beastie Boys always seemed to have fun, even in their most self-reflective mode. Now, I feel like I have forgotten a lot of why and how I used to be. The seriousness of the previous record and the two years in general have been a lot about self-questioning. That part of the Beastie Boys book, the thinking of just having fun in the studio, just joking around and the questions of, “Can we be lighthearted? Can we tease ourselves?”, that is what sketchy. does. There is a bit of a poke at ourselves, which is different from a more serious and critical eye on ourselves.

Well, you did not only have a critical eye on yourselves, but also on the world. You have always been political artists and you still are. Your last record dealt with great political shocks at the time – 2020 didn’t exactly miss out on them either. What happens as a political artist in this environment? I imagine it to be quite burning or exhausting to deal with social issues at different levels constantly — as an artist, as a human being, as a citizen…
Merrill Garbus: Yes, on one hand, I would say, “I am so tired”. But on the other hand, the point of being outspoken from a privileged point of view – I’m talking about white privilege, class privilege, educational privilege for myself and others – is that those are the privileges I can resource from. The point is that I am not exhausted compared. The way that I move through the world with that much more ease and safety. The thing that is great about music is that if we are studying all these ways about dealing with trauma, so many of them are inherent in music: singing, humming, moving, shaking. They are ways of moving the energy through. I am learning how to be better with getting out of my ego, trying to be right and saying the right thing. I am learning that I am part of larger movements. I can use that to move through the discomfort. 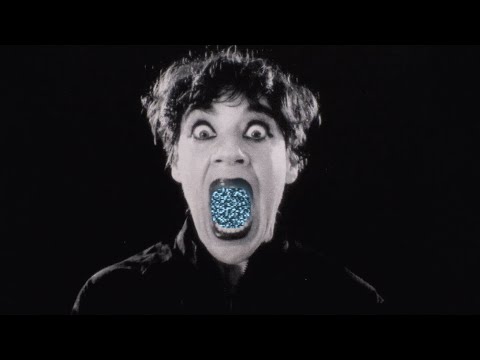 I would like to learn more about your songwriting process together. How do you develop your sound clusters? Where do they start, how do you decide about the layers? When I listen to the record, I imagine it like a rush. It’s very energetic.
Nathaniel Brenner: It feels like we are throwing a bunch of paint or clay at each other and later edit it. But when we were in the studio, especially with this album and reading the Beastie Boys book, it was a lot of very fast recording of a bunch of ideas and not even allowing ourselves to wonder if they are good or bad and just keeping up this kind of urgency.
Merrill Garbus: Over the years and now that we have done it enough, we know when something feels overworked. The trick is to not let ourselves do that. Sometimes, we will set boundaries and say that we will not work on something longer than the next half an hour. But within that half an hour, we are saying yes to everything that we make. There is a lot in the first performance of things. Then, it is the editing. A lot of what we do is to edit ourselves. I can do 18 takes on a bassline and then edit half of it out. I used to do improvisation comedy and the idea there was to say, “yes, and…”, and to do the next thing. If that kind of energy is gone in the studio, maybe it is time to go home and come back to it another time.

Your music is often described as experimental — I don’t know how I feel about this label, what does it even mean? A test? Something that has not been done before? Something brave? Something untried? Maybe, it is just the German connotations. How do you feel about being described as experimental?
Nathaniel Brenner: When I first heard that, I thought, “You have got to be kidding me! Experimental?”. I thought of experimental more of someone who is very abstract. At the same time, I like it, because we do a lot of experimenting, within the frame of pop music though. We are making pop music, but we try to think outside the box in forms of song structures and predictability. I should say, it is grown on me over the years.
Merrill Garbus: If I were an actual experimental musician, I would be very annoyed to find us being described that way. Especially now, there are so many people whose audiences are very niche, but who are really pushing the boundaries of what music is on the fringe of noise, electronic circuits, AI. Take Holly Herndon, she is actually experimental. They are doing science experiments and how it relates to music. That being said, I think it is the context. You have an interview with one person that says, we went so much more poppy, the next person thinks, it is very strange. It depends on what you listen to all day.

How would you describe the core motifs of the new record? What was your main motivation to write it?
Merrill Garbus: I am always writing. In the scheme of album releases, it seems like there is one album, then there is another album, but in my life, I am writing all the time. For me, there were several things happening: we bought a house here in Oakland, I continued my question on how I can be undoing white supremacy in me and at the same time I was wondering how to not live my life in shame all the time. I am really looking for how to move forward and how to move forward in music. At the time, we were fighting, and we are still fighting for the basic tenets of freedom in our country, and we were looking on how music was a relevant thing to do while we were ousting Trump and while these things were happening around us. In other words, life kept happening and in that the studio became this wonderful place for me to remember that I like singing, that it makes me feel better, and that I love this music. This is what I need to be hearing in order to move forward in this crazy life. For me, it is interesting that it is coming out now, because all of the music was written before the pandemic. But a lot of it feels very relevant. For myself, I was at that point anyway. I was on that point, where you think, “Wait a second! We need to stop what we are doing and re-assess.” And then the pandemic forced that upon us all. 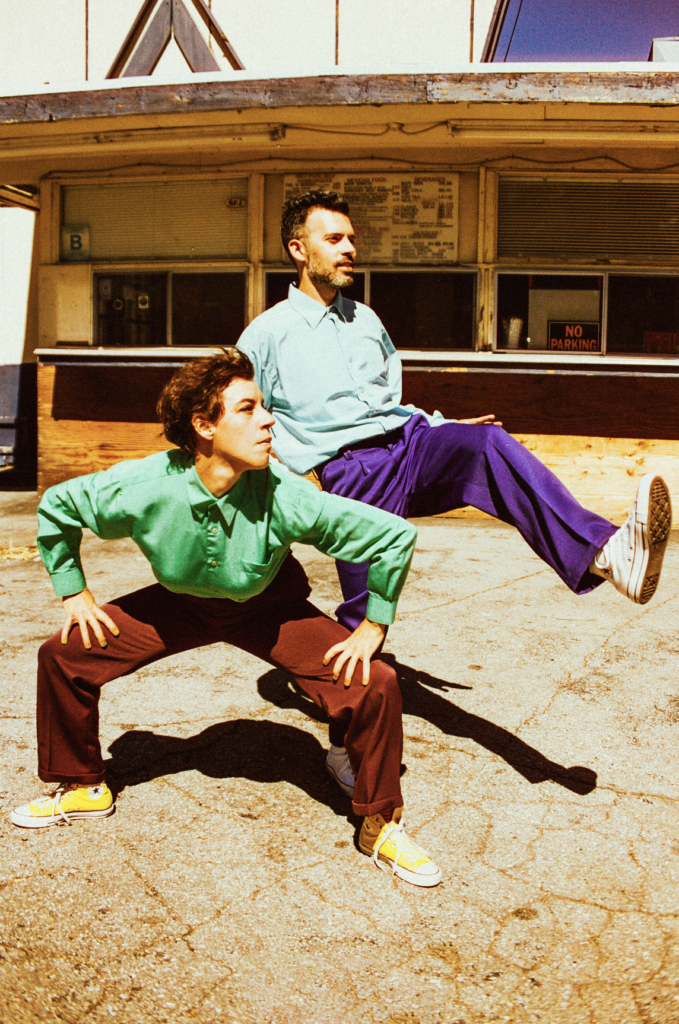 You are always ahead of your time! The lyrics of your last album became so relevant last year and when the pandemic hit you were already in shut down mode anyway. Your lyrics and music are very multi-layered, as a listener, it is a very intense and satisfying feeling to unpack them from spin to spin so to speak, how is that on the writing side lyric wise?
Merrill Garbus: It is hard to remember the process once it is done, but usually a song will start with a drumbeat or a sequence and we build layer upon layer upon layer and then words might come to grow in there. For the song hypnotized, I had the “Look into my eyes”-part and it felt like the right thing and then I go from there. Afterwards, we start subtracting and removing and just distilling it down – like fine whisky – into a poem. Just the minimum that we can use to tell the story.
Nathaniel Brenner: We scored the movie Sorry to Bother You and we watched the first edit, which was two and a half hours long and then the final version was only one hour and fifteen minutes, we have seen how they got rid of everything and it made it so much better. We had so much fun at adding things and at the end, we enjoyed getting rid of things and not being precious with it. It is two different mind sets. When you are creating, you say yes to everything, but then there is a point, where you ask yourself, if you need all that.

Two of my favorite songs are silence part 1 and part 2 – it is so powerful to put that break in a record and just add silence. Music is made differently now because of the power of shuffle mode and a streaming reality. What were your thoughts behind that?
Merrill Garbus: I like that! Maybe it is our punk rock move, “I don’t care about you, Spotify”. Part of what the pandemic has taught us is pausing for reflection. The murder of George Floyd has taught us that, too. At that time, there was a lot being quiet and considering what has happened. I think, we do not often consider the horror of climate change. After there has been so much music in the album to that point, it felt like a natural point to take time and regather ourselves: “Are you feeling anything? Do you want to get out of here? What music are you hearing when there is silence?” It is interesting to think of it coming up on shuffle mode in a café and it just says, “silence”, and then the silence happens. What would people think? — “Is something wrong? Did the machine break? Did the internet go down?” Just these moments of the day, when you stop and wake up from that trance that we are all living in all the time.

Well, then shuffle mode does for the café what the song does for the album. I find it a very powerful move. Thank you for the interview! 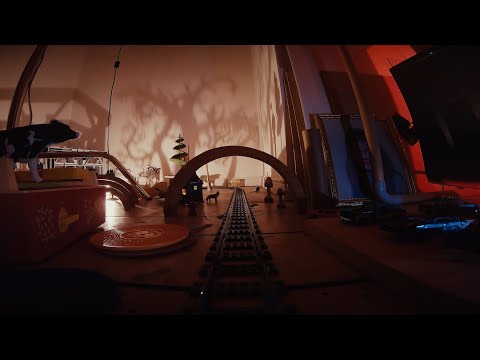