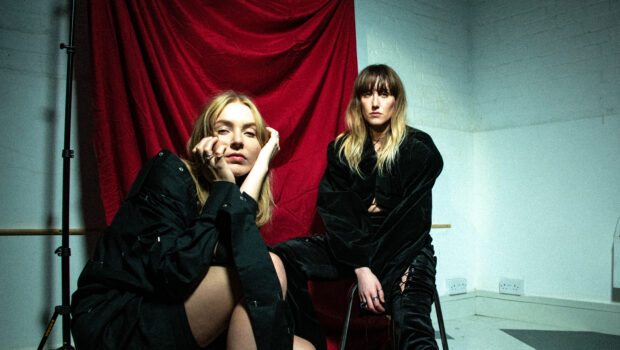 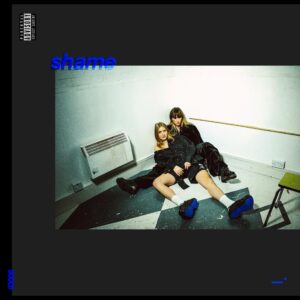 Congratulations on your new album shame. It has eight tracks and you have already published three singles. That is nearly half the album. Is that the new way to go and why did you choose the songs? [Note: With their latest single cbb to be sad that was released after the interview, IDER have pre-released four songs of the album.]
Lily Somerville: It is a single’s world these days, isn’t it? There are moments around different songs. We talked about which songs to choose, but it felt quite obvious. They were catchy. Our first single Cross Yourself felt like a good transition from the last album. It has a strong IDER identity. It felt quite easy to choose.

How was the transition to writing a second album? This is usually a special moment…
Lily Somerville: It is such a big thing, the threatening second album. For us it was not at all threatening. We embraced it and walked into it with arms wide open. It was extremely creative.

You wrote large parts of it in Berlin.
Lily Somerville: Yes, we finished touring Emotional Education in February 2020 and about six days later we were off to Berlin and had plans to be there for a few months. But of course, everything had come to a stop with the pandemic. But we had a good five weeks of writing, playing the early demos and producing. We owe a lot to Berlin.

How did the art benefit from the distance of your everyday lives?
Lily Somerville: The change of it shakes you up. Creatively, you are shaken out of your old structures and routines. You instantly exist in a chaotic space that feels quite creative and where anything goes. We were writing at 1am or 11am, at all times of the day, in different situations and the surroundings of being in a new space feels life-giving and exciting.
Megan Markwick: Change is so important for art.

Some artists need their routines though – to function and to write. But you seem to be quite the opposite then. Does routine kill your inspiration?
Megan Markwick: It is both. In the initial creative stage, chaos is helpful for us. But when you come down and finish songs, the routine and work structure is very important.

That is the part you did back in London?
Megan Markwick: Yes, we came back to London in April and we carried on with the creativity and the writing as best as we could. We started working with friends and producers and they were based in London. It felt appropriate to come back and get in the studio with them. 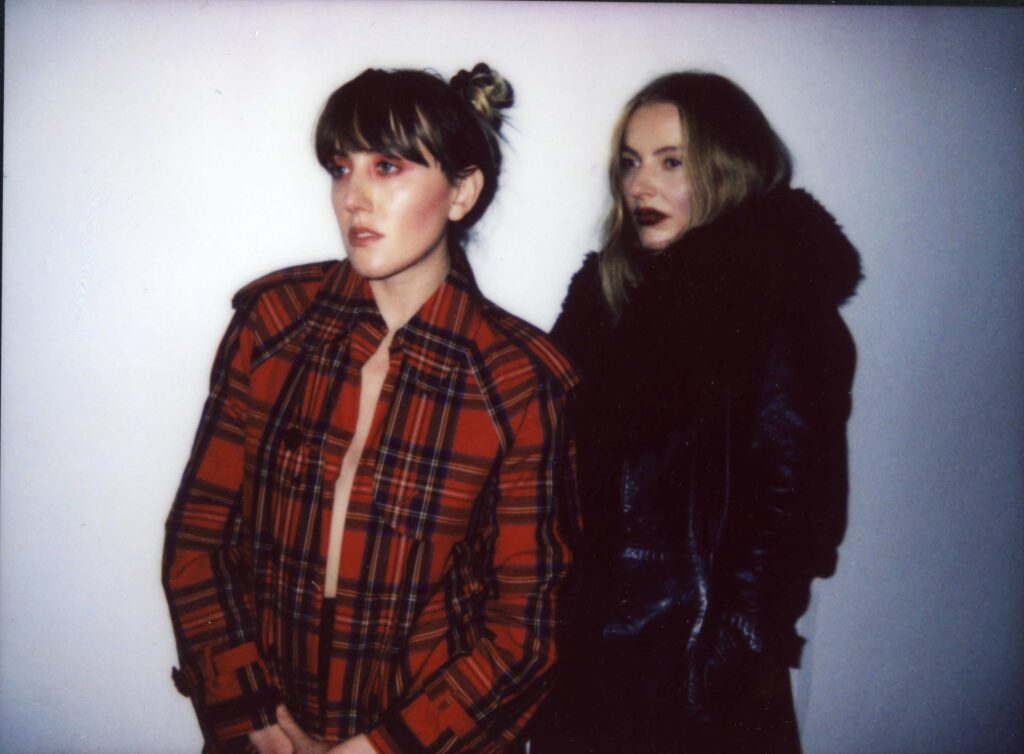 Talking about the transition between the two albums, how would you describe it?
Megan Markwick: The transition happened naturally. Sonically this latest album feels more lo-fi as well as rawer and rougher. That comes from producing a lot of it ourselves and with friends and we are less experienced with that. But we are loving that it is not so shiny and polished. Lyrically we have evolved from Emotional Education with the same sentiment and honesty, but maybe a little braver.
Lily Somerville: More direct.

The record is about self-acceptance, honesty and standing up for yourself, including your mistakes. I find that shame is such an interesting title for that, because it is quite contradictory.
Megan Markwick: After the album was half finished, we realized that the word shame features the lyrics in four songs. We did not intend that to happen and we found that very interesting. We did not want to write about shame, it stumbled to us. Shame holds a lot in it. It is a provocative word and makes us think. The message is that sharing shame allows us to let go of it. Shame breeds with silence and secrecy. We all carry very similar shame and we are conditioned to keep it in. But so many people share the same mistakes and imperfections.

Shame is not the only big word on the record. Other songs are called obsessed, bored, embarrassed – these very strong one-word-titles are not necessarily the first concepts to come to mind thinking about the topics of the album such as honesty and acceptance either. Are they the outcome of your emotional education with the first record?
Both: YES!
Megan Markwick: Oh wow, we are like a dissertation [laughs]. That is such an interesting thought and subconsciously that is probably exactly what happened. Emotional Education was our coming of age record and now with shame we are young women and we are not afraid to accept our mistakes and imperfections.

Did that self-acceptance come with age and experience or have you always felt this way?
Megan Markwick: It has come with age and feeling more confident in my own skin and my own mind.
Lily Somerville: And working together as well. There is a great power that comes with working with your best friend.

I read that IDER is an alter-ego that emerges when you two are working together. That sounds very symbiotic. Is it hard for other people to get into your creative process? You have mentioned working with friends on the album…
Megan Markwick: I think it is hard, actually. We are quite protective of what we write and how we write. We have been writing together for ten years, we bounce off each other. We know which chord we might go to, what we are thinking… It takes a little bit of time for other people to get in. But I think that is wonderful, it should take time. Creativity and art are different for everyone. They are different things for different people and it is sacred in that way. 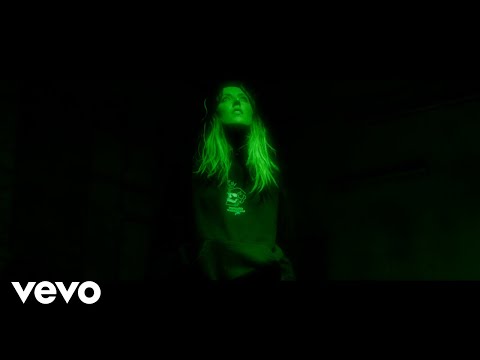 That reminds me of your single Cross Yourself with its many religious references. And I thought of the decline of traditional religiousness and the vacuum it leaves behind. Do you think that art can fill that? Does it fill that for you?
Megan Markwick: Cross Yourself is exploring that idea where people find that need of meaning, whether that is religion or a musical icon or other external sources. Art is definitely one of them and a very worthy one. Rather than it being something that you idolize and look up to it is something that speaks into you and helps you process and have a relationship with yourself. So, in my opinion, art is a definite better source of meaning than religion.

You have become successful at a very early stage. Do you differentiate between music as a form of self-expression and music as a paying job? How do you bring these two sides together that are seperated for most people with regular jobs?
Megan Markwick: That is something that we often talk about, the monetizing of art. It is probably quite natural for a lot of artists and bands. There is a reason why there is an album cycle. You go away and have a splurge of creativity and write new music and then you are going to campaign it, you tour it, and after two years you come back and do it again. The demands of the modern and digitalized world is that artists put music out all the time now. Which goes back to the question about the singles. There is a lot of weight on artists shoulders to be constantly putting out music and also to be doing the promotion, the campaigning, the touring… We are able to wear both hats, but it does get hard. We are setting up a Patreon account, which feels like a good step for us creating and monetizing our art a little bit more.

I really like that idea. Especially young artists that have not been in the business for a very long time, their job is not only to put out music, but to do promotion as you said, to do social media, to be present. And this constantly. At the same time, they’re often paid very little, because there is this narrative of living the dream and doing it for the love of music. Do you feel you need to be especially careful of that?
Megan Markwick: Yes, exactly! There is such a culture where it is privileged to make art and not fighting to be paid for it. Especially in the UK, it might be different in Europe. Of course it is privileged, we are so lucky to be able to do what we are doing. But also, we need to survive. Generally, this culture needs to shift. And it is shifting. That is why this Patreon model is quite interesting and a wider recognition of that system feels like that is helping. [Note: Patreon is a membership-based business-tool for content creators and artists.]

Do you have some sort of end goal musically in the sense that when you have that, you ultimately made it?
[Both laugh]
Megan Markwick: Maybe not such a tangible end goal. But an end goal where we want to be positioned as a band. Continuing writing, being recording artists, and touring. We want to tour the world. The long journey. We see ourselves as a career band that is going to be making albums all the way through, getting better and better and bigger and bigger. With a very loyal fanbase. These are our goals. 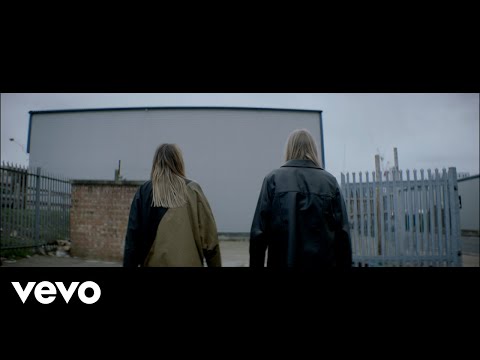