– How did you become a band?
Three of the members are siblings, Raggi, Lilja and Hallur. So making music together was an easy choice.
– How did you come up with your band name?
It was really just a coincidence. Raggi was asked by a journalist what the name of the band was at an early stage of the band, and he just answered Bloodgroup. Some have asked us if it has anything to do with there being three siblings in the band. We never really cared what our name means, if you like that answer so be it.
– How would you describe your musical style?
It’s pop music with a lot electronic elements.
– Which musical influences do you have?
We all have very different musical influences. We all started out in rock and funk bands, so that has had some influence on how we write our music. Some of us have classical backgrounds as well.
– How is the landscape and the mood of Iceland influencing you and your music?
It depends. In Reykjavík your not as surrounded by nature as you are out in the country side. Sometimes we go out to summerhouses outside of town to write music. It gives you a great piece of mind.
– What are you as a band/musician doing at the moment?
Well we just finish our second album „Dry Land“. So we have been hanging in our studio day in and day out for the last weeks and months. Other than that we try to play as many gigs around the world as we can.
– Your album is called Sticky Situation – can you explain how the title is related to the content of the album?
The title of the album is from one of our tracks lyrics called „Ain’t Easy“. It goes like „you caught your tongue in a sticky situation“…
– What would you say is the album about?
(Sticky Situation) It’s about dancing and love related stuff. It’s pretty light compared to our new material.
– Could you tell us a bit of how the production of the album was done, where and what you did like most about it?
The first album was completely recorded by ourselves in our home studio which we moved back and forth all over Iceland. We kind of learned along the way. Because we all come from a more rock n’roll background, making a electronic album was quite new to us. It’s very nice to hear it two years after and still be proud of it, it perfectly documents us as the band we were back then. We worked on Dry Land in a similar way, we recorded everything in our own studio except for the strings. All of us have a say iin the production. We are really proud of the outcome!
– What would you like to change the next time?
The new album is darker. More serious subjects are being thrown around lyric wise and musically. We recorded it in our new studio which has everything we needed to make it sound great. And we didn’t have to move around all the time, which gave us a much greater focus.
– Your album is handled as one of the best albums of the year in Iceland how difficult was your way in Iceland from forming a band over recording an album, releasing it on your own label and getting such positive reviews for it?
At the time we living all over Iceland and had very limited time together to write and not to mention rehearse. So we had to plan everything very well, and work really hard to do the simplest of things.
– Why did you decide to release your CD on your own label?
We released our album ourselves because we thought we could do better off having a label hanging over our heads. We just worked extra hard and everything turned out great.
– Where did you have the knowledge from, of how building up a label?
It’s not that hard to do in Iceland. It’s relatively easy compared to everywhere else. Everything is so much smaller. You can basically just walk into every record store and asked them to sell your cd for you.
– Is it in these bad times for the music industry, any good making a label?
It is harder than it was. But if you keep your heads up and workhard everything is possible.
– 3 top albums 2009? Why?
Bat For Lashes – It’s just an amazing album, and it sounds incredible.
Fever Ray – Fever Ray
Sykur – Frábært eða frábært (It’s a new really good icelandic band).
– What did you learn 2009?
To keep being positive and work extra hard when times are bad. You’ll always end up on top.
– Your best personal experience in 2009?
Playing Iceland Airwaves 2009.
– Your plans for 2010?
Releasing our album worldwide and touring a lot.
– What are you interested in, besides music?
Movies… and synthesizers.
– What is on your rider?
At lot of complicated technical stuff
– What do you associate with Bedroomdisco?
Learning about new bands…
– Who did fill out this questionnaire?
Janus Rasmussen

Thanks Janus Rasmussen from Bloodgroup for answering our questions! 🙂
http://www.myspace.com/bloodgroup 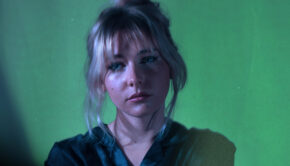 SOPHIA BLENDA – so much fun → 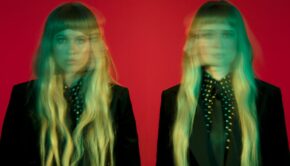 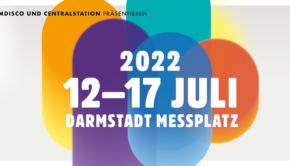