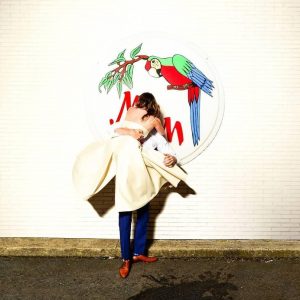 Congrats for your new album!

How do you feel with your new record?

Nick: It is weird you go throw all of this, torture yourself about something that you love. When you finally get it there. you feel really accomplished but then nobody hears it for about four long months. But now it is finally here, you can hear it!

After the success of the first album, was there kind of pressure writing new songs?

Amelia: There is so much pressure. But it is mostly selfmade.

Nick: We were both very worried we gonna screw up. Having a musical project really work out is kinda like catching a bird or something. You can’t really believe it will happen: you have this bird, ask yourself „how do you not break it“. You shouldn’t move to quickly…

Amelia: Yeah, if you show your excitement too much it will just run away.

You seems to invest a lot of thoughts in it!
Why did you choose the name ‘What now‘?

Amelia: Mostly because the phrase What now, itself was the one we thought mostly by doing the new record. How do we make a second record…

Nick: It was kind of a growing-up-lesson, that idea about nothing is really over. That kind of kept showing up in our lives in different ways while we made the record.

2016 was a shitty year. Is your new album influenced by that? Have there been any particular emotional events that have inspired your writing?

Amelia: While writing we don’t necessarily think about a specific thing. Anyway even if there is one event, the songs we wrote are usually about five different things.

Nick: We realised that there are all connected.

Amelia: Exactly. So yes I’m sure that it did. But also your environment always influence what you make, so it did. But we didn’t set up and were like: man, that’s really sucks, I am gonna write a song about it.

Nick: We much more interested in writing music about the complicated reality of being a emotional creature. For doing that right, whatever we do is a direct reflection of who we are and where we are at the time we make this piece of music.

How do you think your sound changed from when you first started making music to now?

Amelia: We just better making sounds.
Nick: I think we are. I think we are more articulat. When I listen to the new record vs. the first record, to me the biggest difference is the way we used space in the record. Which feels to me again as a unconscious reflection of how our emotional reality was.

Amelia: And it’s also warmer to me.

What’s your song writing process?
Amelia: It changes all the time. Sometimes Nick has a beat or a loop and I take it for a walk. Sometimes I write kind of a chorus and I give it to him.

Nick: It’s mostly more than sitting in a room together and mix up our ideas

What would you say defines the explicit style of your music?

Amelia: It’s pop-music. (lacht)
Nick: Yeah, we don’t really choose that genre. But it’s the only way to describe it to older people.
Amelia: And I like that everyone has an opinion to pop-music. It’s often a pain in the as but on the other side there are no borders… the doors are always open.

What is the idea of the video for “die young”? Tell us about it.

Nick: Originally Amelia had this vision…

Amelia: I wanted to drive a car of a cliff and singing a song the whole time while the car fall … and never land…

Nick: and that would be the whole video. But it turns out that driving a car of a cliff is rather expensive than dangerous. (lacht)

You have a tour coming up in the next months, how are you feeling about it?
Amelia: we have so many tours. We are booked until December..
Nick: yeah, we already booked for next spring. But we love playing shows! I mean that’s the reason we made the record.

Which one of your Songs do you feel like dance the most to?
Amelia: Now I am really into playing ‚Kick Jump Twist‘ 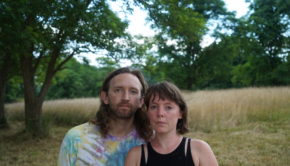 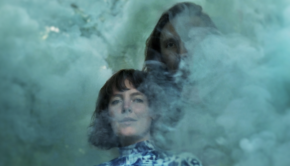 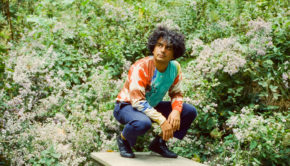 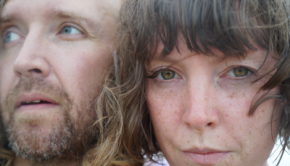