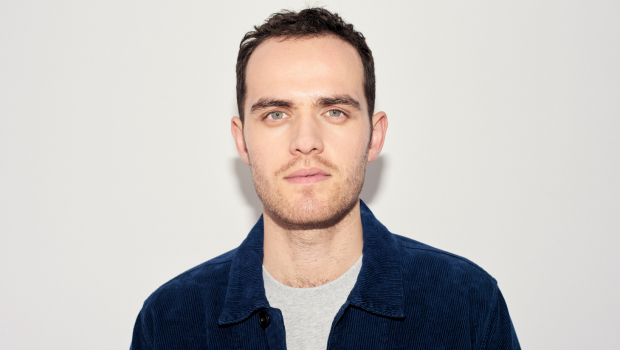 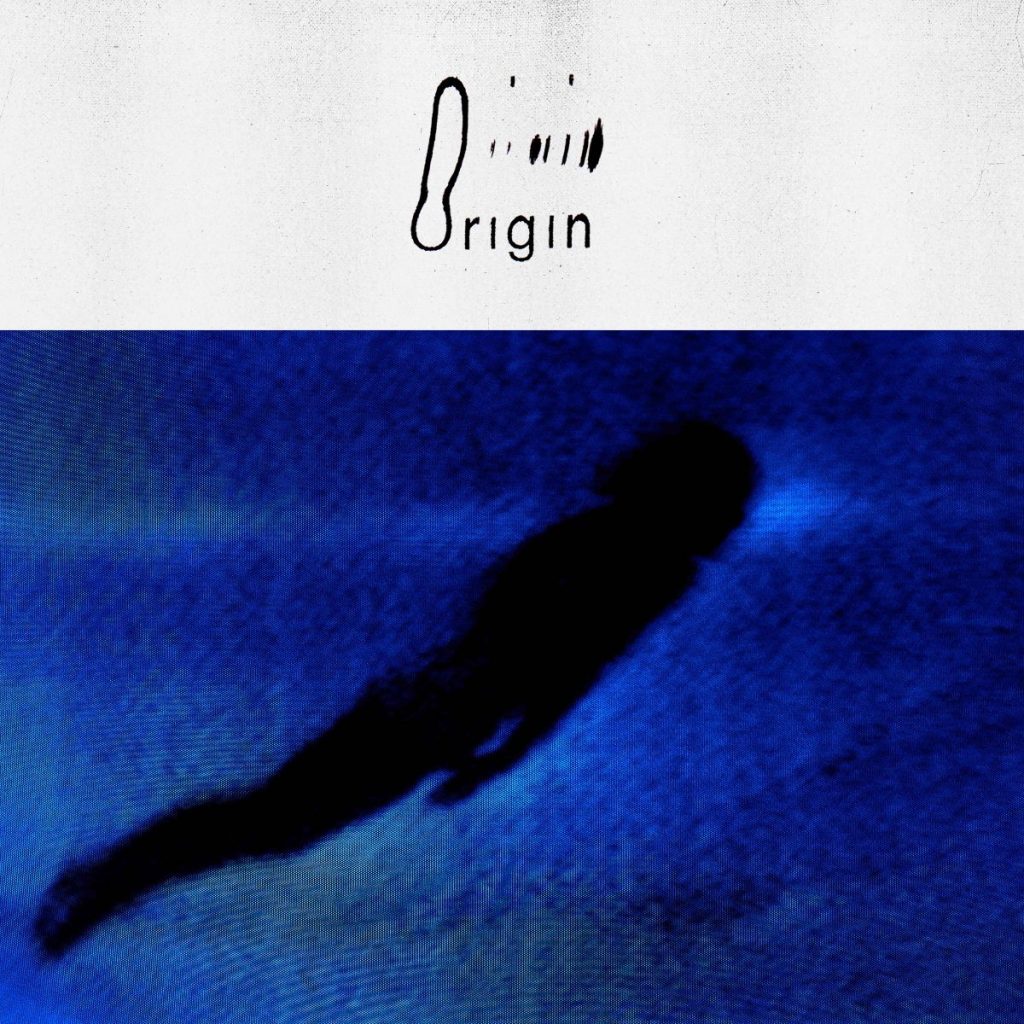 You are originally from New Zealand, you‘ve grown up in Brisbane and now you‘re based in London for four years, How‘s life in the city so far?
Very busy. Ever since I landed I‘ve been working, writing, touring, remixing, producing and featuring on other albums. Brisbane is a small city with not much stuff happening in my lane, that‘s why I took the leap and moved to London.

What kind of impact does the music scene in London have on you?
It does have a massive impact. The London sound in all the genres to me is evident in the way the synthesizer is used. American 80s synth music is so in your face, back in those days this instrument played a big part in the sonic landscape with big pads and so on. When you listen to James Blake, it all sounds low, cut off and dark. Other soul artists in the so-called future soul genre don‘t use a Fender Rhodes piano. They prefer a really dark minimal synth. Floating Points has this synthesized music but it sounds organic. That‘s the subtlety of British music. It‘s often dark because people are coming from cold places and small studios. In these tiny rooms you don‘t work with shiny bright synths, it wouldn‘t reflect the climate you‘re living in. For a while I worked with proper synth gurus, now I own a couple of synths myself. I used to be into traditional instruments, live drums and strings but now there is a whole world I haven‘t even fully explored. This is what London has given me – a broader understanding of music.

Which other aspects have been important during the making of the new record?
When I wrote the songs and started producing them I wasn‘t overthinking it. In the past I was too judgemental on the process. I wondered whether someone like Flying Lotus would love this song. I was worried about what cool people thought my music was like. When I made the new album Origin I‘ve put all of that aside. I was confident of my own influences, I don‘t have to impress anyone. A catchy chorus is cool when it arrives, I can add a funky beat to it and don‘t overjudge it, just do it. I had chords that sounded like Steely Dan and Stevie Wonder and I thought cool – stick to that and work on it. To me it‘s the most vibrant and colourful production so far in my career.

The lyrics in the song Mad World indicate how difficult, hard and violent the world can be. Why are you in turmoil? What unsettles you most?
I was visualizing this album like a movie and Mad World was like the opening scene. It‘s put in a post-apocalyptic setting where technology has prevailed and is the ruling system of governance. I wanted to set a scene straight away showing discomfort, how it can turn into chaos. I don‘t feel safe and lost the feeling how I want to be as a human. It‘s a dark and pessimistic start. In 30 years time, when it‘s super intelligent and they will have developed all this amazing technology, I‘ll be a worried man. How can relationships with friends, how can music develop under these circumstances? We will push a button without knowing what‘s going to happen. Are we going to lose all sense of creativity? It‘s an album about technology but it‘s also very much an album about losing the sense of origins of humanity. I‘m truly worried about us losing touch as a species, the cool species that I love. 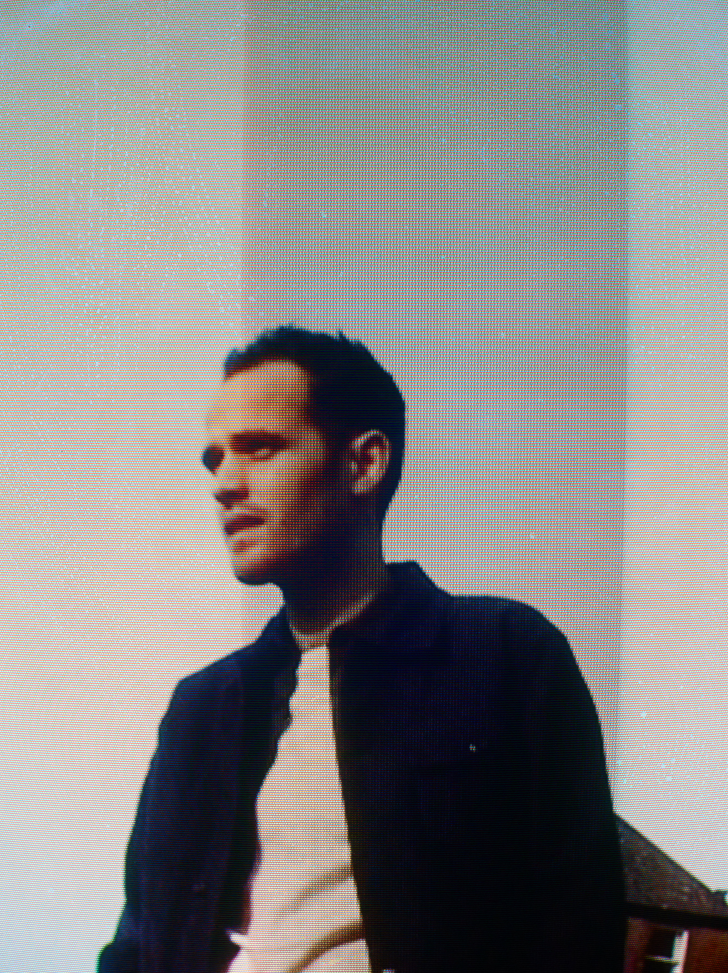 How do you as a musician deal with the fact that you can use technology to create new sounds through autotune? Your music is modern but the voice sounds natural. Deliberately so?
Yeah, the voice is very untreated and natural. We recorded it through old school equipment so that the voice would sound very human. The human element is the central theme in all of this. The music is another matter, it was going off in all sorts of different colours. There can be a ballad song with big orchestral strings which sound human but there is also an electronic beat on another track. Things can get eclectic stylistically but the voice is always a consistent solid force throughout the narrative of the album.

Are you still as personal as you have been in the song Nerve a few years ago where you sang: „How can I find a reason to love you when I don‘t love myself?“
That song is about me and the concept of meditation when people feel anxious and lose a lot of hope, like the world‘s caving in. I remember before I was meditating I might have a cloudy mind. Now I feel it‘s never beneficial to project anger or sadness onto other people. It‘s better to control yourself and fall in love with what I call the stillness beneath your mind. There‘s a residual stillness that I‘ve discovered through meditation. If I fall in love with that self I can project empathy and love to other people but it has to come first, otherwise it becomes tainted as if it‘s a filter. You can‘t really love if you‘re not comfortable with yourself. Yes, I wanted to be a bit more personal in Nerve. But it‘s not the rule. Usually my lyrics are ambiguous and vague.

Of course we have to talk about Are We Live as well, a group you‘ve formed with Tom Misch, Alfa Mist and Barney Artist. How can you develop stable friendship with other successful artists without any hysteria?
I think it‘s really cool to have this collective spirit. From the outside we‘re put into this similar scene but we all make different music. Tom is the most successful member in this super boyband group, as they call it. We learn so many inside things from Tom about touring, he gives great advice on that. Alfa is a great keyboard player and songwriter. We‘ve written songs together in the past, everyone works with each other. For Wallflower I needed an outro on the song called Eye To Eye. Alfa and I share a studio. One day I said: Can you come in and help me brainstorm something? I could easily tap into his talent for a day.

You‘ve also contributed to Not Waving But Drowning, the new album by rapper Loyle Carner. In what kind of mindset do you have to be when you work with him?
Originally, when I was 11, I was making beats on an MPC groovebox. My dad bought me an MPC and I learned to produce beats straight away. I was making beats seven years before I‘ve become a singer. When I got back to the studio with Loyle it was like: Wow, I‘m going back to my roots, this is one of my strengths! He has a really clear vision of the sound, he‘s into quite melancholic conscious 90s American rap like A Tribe Called Quest and Nas who are my big influences as well. It was really great working with Loyle. I ended up making this first song in day one which was the first single Ottolenghi, day two was the song Loose Ends which was really big as well and I produced four other beats on the album. At first people thought I was just a singer. It‘s good that they know me as a producer and instrumentalist as well now.

Despite all the work you‘ve still got time to spend with the wife, I hope.
Yeah, I do meet her regularly (laughs). When I wrote this album it was different to the time when I did the previous record Wallflower. During that period I went completely into a zone from beginning to end until everything was done. Now I try to show discipline and to separate things better. I go into the studio at 9am and get back at 6pm and that‘s my day. I pump all my energy into that time. Time in the studio is more focused, it helps me to create a record faster. A lot of musicians go into the studio and say yeah let‘s jam. I‘m different, I want to get it done and not hang around. When I‘m home we don‘t talk much about music. Sometimes I show her an idea, she‘s like my first filter. She works in the music industry for company called Reverb Nation, she understands what I‘m doing.

Did she like the fact you called yourself a wallflower on the last album?
I‘m still quite a shy person but she‘s the opposite, she can talk to anyone. She‘s the reason I‘m less anxious than I was before…I don‘t know why she loves me (laughs)… Sometimes I need my way of doing things, sometimes it‘s good to have her if I need a different approach. I‘m not good at confrontation so she can go in and sort it out for me.

Soul singers really like to dress up to impress the girls, as you know. It‘s part of the thing. In your case it‘s different. You sit here in front of me looking like a bloke going to the beach in Byron Bay. You look quite normal. When you go on stage does it change, do you have a wardrobe?
No, I don‘t have one (laughs). I like your remark about Byron Bay, very funny…. I constantly have to remember that I‘m a performing artist and I can‘t look like an idiot in public spotlight. I performed with my tracksuit pants once on stage because I forgot to get changed. I think I‘m not very fussed on image, I don‘t have what people call dress sense. As the frontman I‘m in a zone playing and singing. I‘m not really reacting to the environment I‘m in, I‘ve got my safe space behind the keyboard.

Once a wallflower, always a wallflower….
Yeah, kind of (laughs). I can‘t get rid of my character but it‘s not a spot of bother. I am who I am and happy with that now.