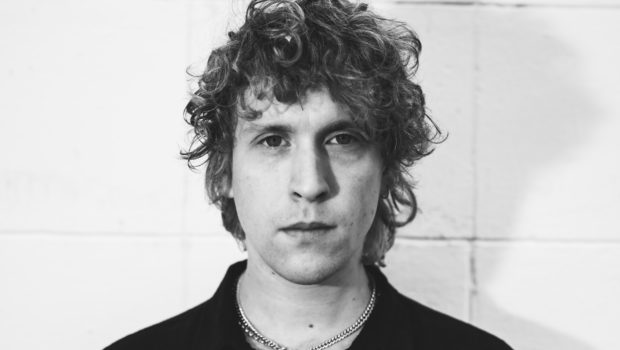 First of all: how are you and how did you experience the outbreak of this worldwide crises?
I’m feeling good! It’s been a very strange time to live through for everyone, quite scary and confusing as well. But I genuinely feel that there can be a lot of positives to take from this. Life balance seems to have become a huge talking point and spending time will my family has been beautiful.

You’re in Germany at the moment, could you tell us a bit, what you are up to during this trip?
Im super lucky and grateful to be here doing some promo for my new EP I’m Not Ok. I’m recording some TV and a bunch of live sessions and photo shoots. I can honesty say it feels AMAZING to be back.

Your debut album came out in 2015 with high praises and in summer 2017 your single Sleep Is A Rose was announced to be the first song of your new record, which you would be finishing at the time in the US with producer Simone Felice – now three years later, you are releasing finally new material with your EP I’m not ok. Long question short: what happened during that period and why did it take so long for a release of new songs?
Honestly i just wasn’t on the right place. I was going through a hard time personally and I needed to make some big changes in my life, personally and professionally. I’ve basically changed my whole management team and figured out what where I’m going. Let’s just say I was a little lost.

Did you feel big pressure after the success of your debut as the second album is often referred to as the difficult one, with expectations from fans and label in mind during the production?
Actually the pressure came from me feeling like the first album wasn’t a success. Which is sad because looking back now from a better place there is SO much to be proud of and so many incredible memories. 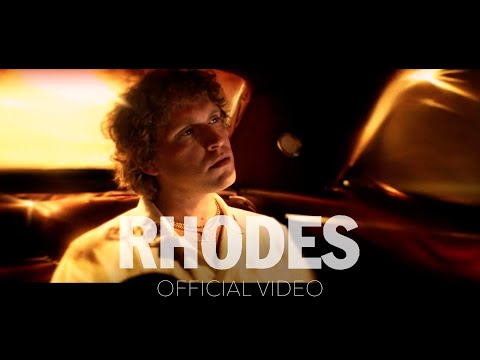 What were the important steps on they way back to working on new music, who did help you during that time to get back to work?
I opened up my mind to collaboration and it took me a minute to find my feet with that. Simone Felice was a huge influence and James Kenosha who I’ve always worked with. Some very good new friends in London too, Jack Leonard, Jack Gourlay and Rich Cooper. Of course my better half, the supremely talented She Moves and my managers Seb and Dan. All of these people made sure I was focused and doing the work, rather than drowning in a pool of doubt!

Also with the title of the EP – for most of us it’s hard to admit that we are having problems and that everything is not always great. At which point did you learn that it might be ok, to not be ok and to openly speak about that?
I’ve kind of always just had music as an outlet so that always did the talking for me. But last year I actually realised i had to change some stuff and admit the feelings I had. I was being quite destructive and hurting not only myself but everyone else too. Opening and trying to find answers was the first step in making positive change.

On the new EP your lyrics are more open and concrete, why did you decide to open up more on the new songs?
I just wanted to experiment with being more direct. I wanted to people to know exactly what the songs were about. There’s still a bunch of music witch is more poetic and metaphorical but this EP has a narrative that will hopefully give people an insight in to where I’ve been and what I’ve been struggling with. I think honesty can be extremely powerful In music.

With the lyrics that open and with opening up on the personal problems during the writing of the new material, how does it feel to be back in the spotlight, having to face those problems constantly and also having to do promo and other duties besides the music?
I hasn’t actually thought about that! It’s been quite surreal talking about such intensely personal stuff since releasing the music. But o think the issues are super important and extremely universal so I think I can find the courage to be open then it’ll help other people. I hope. 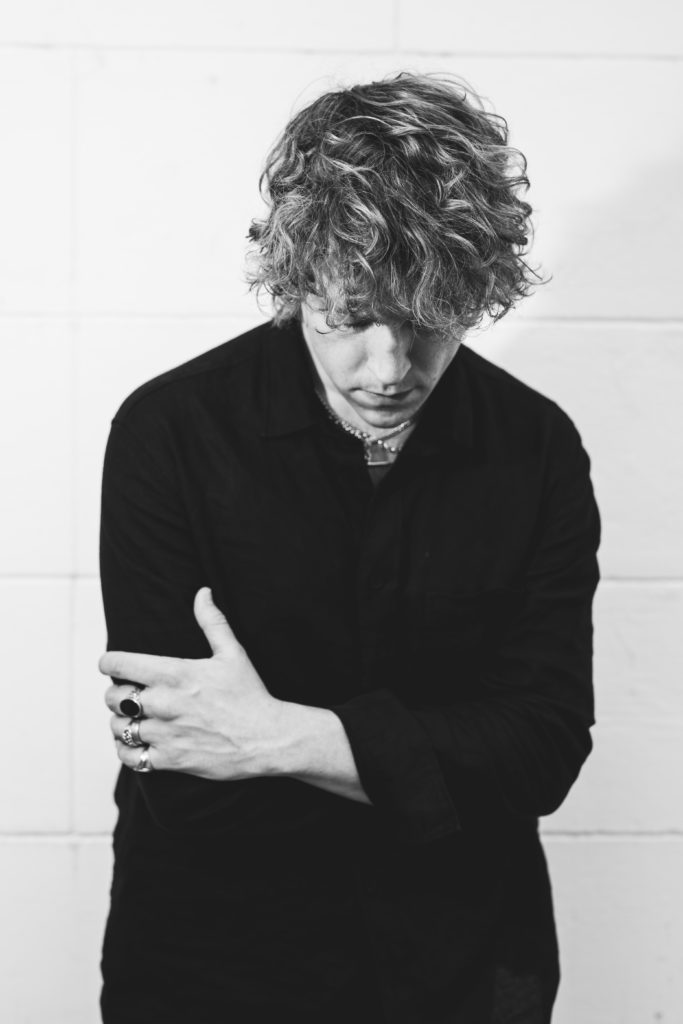 Could you tell a bit more about the production process of I’m not ok, how, when and where it came into life, what was the best/what the worst moment during production and what is the most told anecdote of that time?
I guess the most told anecdote is at the very beginning. I was in a really bad place and super unmotivated. My friend Jack Gourlay called me up and basically said ‘pull yourself together you’re amazing and I’m not letting you fuck this up. what’s James Kenoshas phone number?’ this was in September 2018. James and Jack basically scooped me up and took me to the studio for a week and the first idea I came out with was ‘this shouldn’t work’ and the line ‘I never knew I had love, now I know’. That was a very important moment. We put some demos together, maybe three or four songs that I loved and I went in and played them to my label. They loved the work and could finally see my vision.

For the new EP you did also work with Nick Atkinson and Edd Holloway, who also produced Lewis Capaldis debut album – how did you come in contact with them, why did you choose to work with them and what influence to the record did they have? How is their working routine?
The funny thing about those guys is that their studio is about a mile from the house I grew up in, in a little village in Hertfordshire… I used to drink in the pub next door with my college friends. there was always talk of us working together but the diaries never really aligned. Finally we managed to get some time together and there were 3/4 tracks that needed finishing. The songs had been kind of pieced together as little ‘writing demos’ and Nick & Ed helped me with the vision for really finishing the tracks. Most of it was stripping down and simplifying the demos. The whole ethos was less is more.

What happened to the nearly finished album, that you recorded with Simone Felice? Are there still parts left in the songs or are there still songs left over from those sessions, that you are working on for the future?
Yes this was another real turning point for me. Simone has become more of a mentor. There’s a few songs that I absolutely adore and will be on the album… we’ll use some of the parts for sure and maybe even some of the full productions. A couple of the songs have also gone to other artists which I’m massively excited about. We did a whole load of recording at a studio in Upstate New York called Allaire and it was absolute incredible. If you look up the studio you’ll see what I mean.

You just released the title song of the EP – can you let us know what it is about, how it came into existence and if there is a story behind the song?
The song was written with my mate Jack Leonard. I basically had this lyric ‘when nothing feels real any more, you know you can say I’m not ok’… it was about that feeling of floating in to some kind of sadness and anxiety and how it makes you feel completely detached from reality. We both spoke loads about the feeling and how we both identified with it so heavily and as it happened we were both going through it at the time for various completely different, unrelated reasons. The message of the song is it’s OK to not be OK and that we all go through it. Talk to one another.

Because of Covid-19 you had to postpone the release of I’m not ok. Was the campaign besides that influenced of the crisis and as usually with a new release out, it’s also part of the plan to play it live, how are your plans on touring at the moment?
We had to cancel a tour and obviously like most people we had to completely rethink the release strategy and how we were going promote it. I’m super glad and very grateful to have released music during all of this but it has felt quite surreal not being able to do all of the normal this to get the music out there!! I will announce a tour as soon as I’m able to. 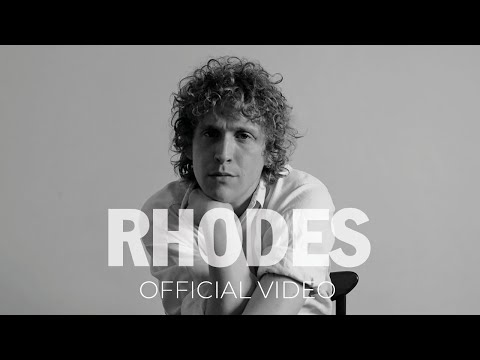 With those first new songs out – are there also already plans for a new Rhodes album?
Yes for sure… I’m so excited to share a full album.

Whats next on your schedule?
Next in the schedule is another single towards the end of summer and between then just finishing the last few things for the album! I’ve just started working with a new producer whose helping tie it all together and make sense of the 3 and a half years worth of music!

What are you doing when you’re not doing music?
I’m normally hanging with my little family and eating some good food… to be honest most of my time is taken up writing music or working on records and promoting them so 2020 has taught be the value of balance and where o place my energy.

How would your Bedroomdisco look like?
It would be sunrise… me and one mate listening to Coldplay fix you.

EVERYTHING AND EVERYBODY – nicht ausdefiniert →