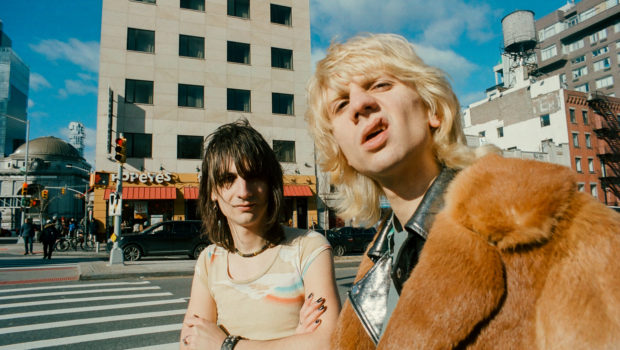 Congratulations on your new album. You decided to postpone the release due to COVID-19, how does it feel to put it out now, a relatively long time after recording it? I was wondering if that detaches you from your work in some way?
Yes, it does. Also, we’re already detached from anything that was made pre how the world is right now. With everything happening, we would probably make a different record.

Do you feel, there’s a pre and post COVID-19 divide in your own work?
No. It’s more about what people need right now, it’s not about me personally. 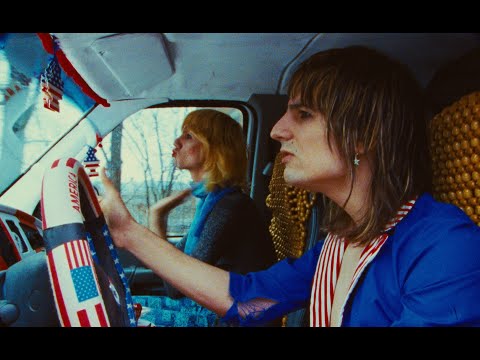 If you say, you would probably make another record now, how would you describe Songs for the General Public?
It’s super fun and mostly some kind of a party album. I don’t know how much people want to party. But maybe they do want to let loose. It’s a summer record. Now it feels like something that is totally gorgeous all the way through would be more suitable.

Maybe it’s not so bad to have a reminder that that life can be fun…
There are still personal things on the record. It wasn’t made for people to put it on with their friends only. But I envisioned it as as close as we could get to that. But now, if people are into it, it’s got to be personal to them, listening to it on their headphones. 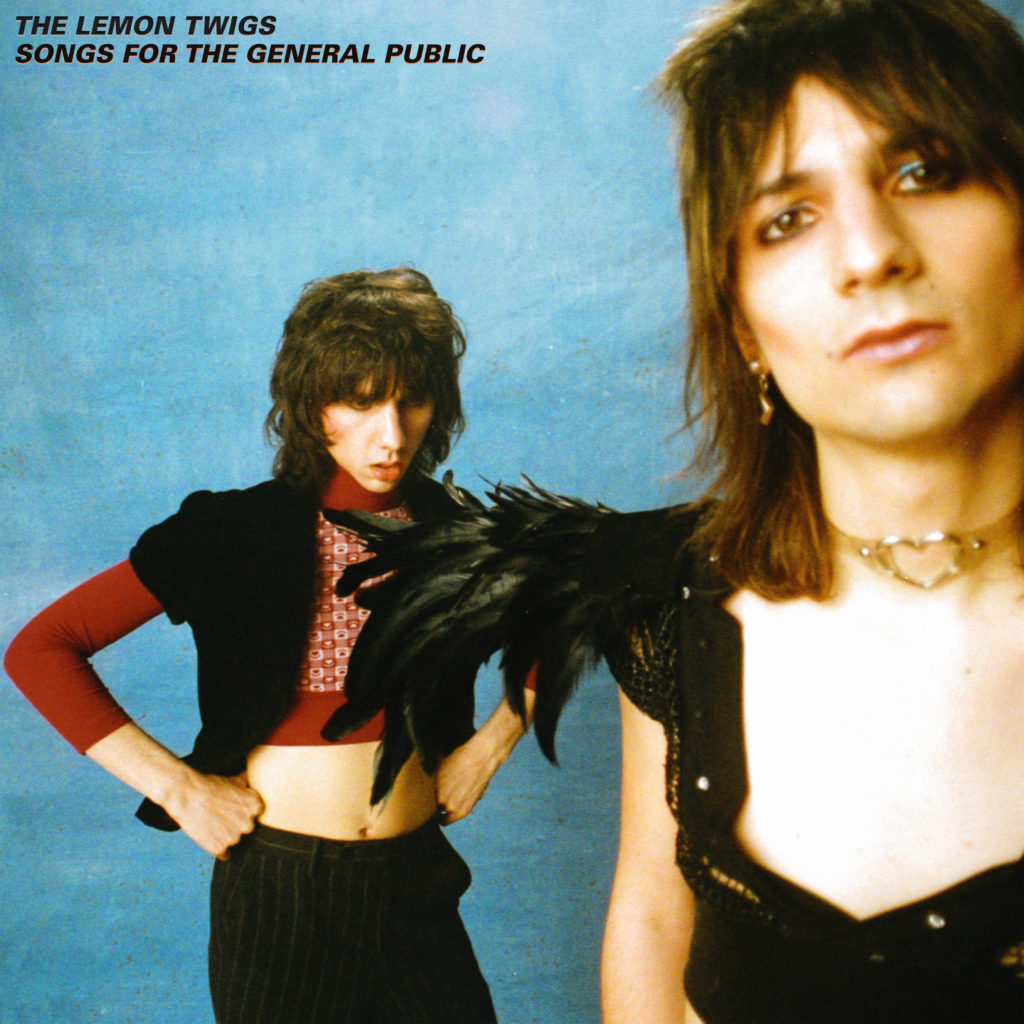 Do you usually picture people listening to your songs? Is the audience part of the writing process?
Not really. We wanted this album to be fun and that’s as far as the criteria went. And then a lot of the songs didn’t even meet that.

Songs for The General Public will be your fourth album. What’s your favorite part in the process?
The recording process is always fun fun fun…

Both of you play many instruments and you produce your albums yourself. When you play live you must give up some of your creative roles, is that why you like recording?
If we could just record, I would do that. Playing live is fun, but it goes on for too long. If you put together all the time that we have put into the album, it’s three intense months of work compared to months and months of playing shows.

Do you find it too repetitive, doing the same thing over such a long period of time?
Yes, I think so. But in the end, the show gets really good.

Are the different parts of your work different creative outlets for you or do you have a complete vision in mind and add the pieces?
I think, it’s all part of a bigger thing, but also a shared vision.

You and Brian share the creative process as brothers, is it hard for other people to get in when working with you?
No, I don’t think so. I think we’re very open and if somebody fits, it works very well. 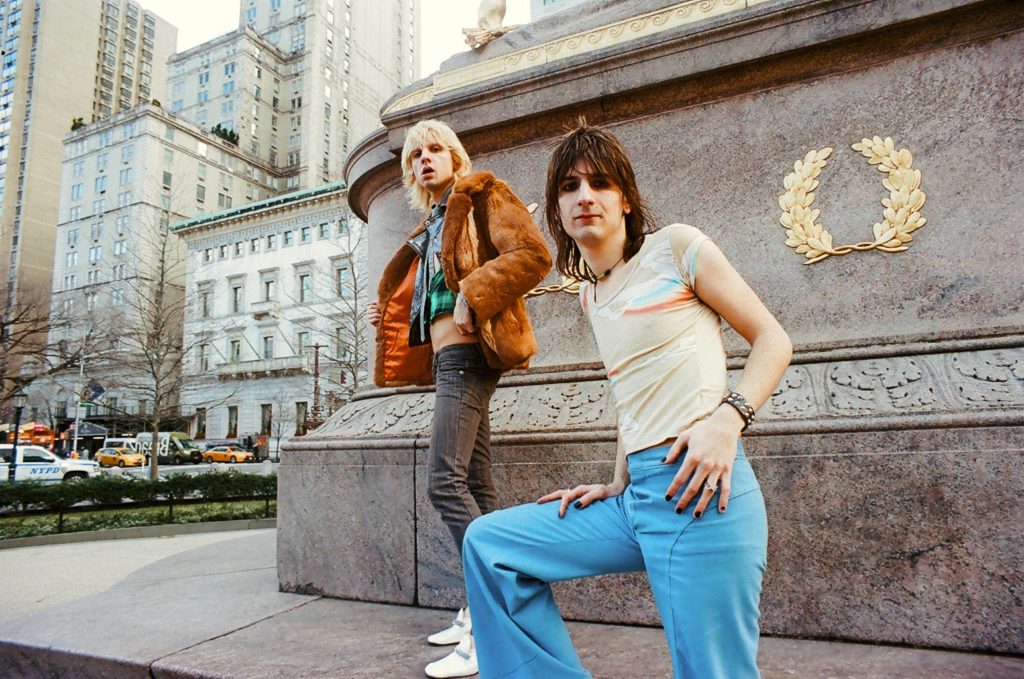 I would like to talk about the title – your music is far from any ordinary mainstream radio tunes. What are songs for the general public in your opinion?
We realized this is such a pop record. We thought it was a little quirky, a little cute…

Is this a reaction of you being anticipated as niche artists, all this talk about how you’re being “different”?
Yeah, absolutely!

You said that you hate being under pressure. As a member of a successful band, how do you escape the creative pressure to perform?
When I have an idea at some point, I’ll be in the studio and do what I want to do. But as soon as somebody tells me that something is due or I must do it, it takes five more days of work. It’s a mental thing. I really have trouble performing under pressure or doing things that are laid out for me. I lose everything. I don’t know why. I have this idea, whether it’s true or not, that this all is going to end at some point. That I can just do whatever I want. I don’t even know how much longer I want to do this. I have no idea what is going to happen after what we’re doing at this present moment.

To work like that – only doing what you feel like doing – you must be very sure of yourself. Do you ever doubt your decisions?
I have a lot of self-doubt. I don’t know if those things are mutually exclusive.

They aren’t, but to have an idea and follow it through, but only on your own terms, needs self-assurance without self-pressure.
Putting yourself under pressure is different than pressure from other people. I trust myself in the process and I trust myself to have the ability to technically do this job. But as soon as I hear from somebody that things have to be done… I don’t know. 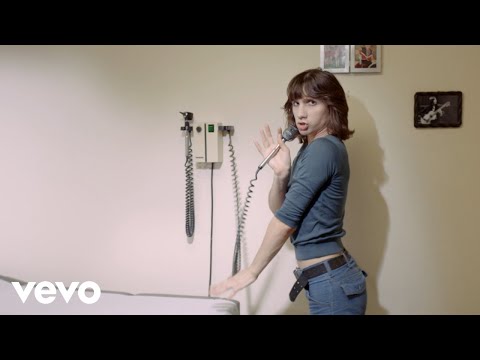 The difference is out- and inside pressure then?
Right! If I follow it, it makes everything worse. I tried to do that, it’s out there for the world to see. I don’t know if other people can tell, but I can tell. I often wish that I would have had more time to develop a process where I know what I think is good and what I think is bad before it’s thrown out into the wild. But I can’t really control that.

You have published and done so much at a very young age. Sam France of Foxygen said about you „the Twigs have lived 26 cat lives“ — does it feel that way for you, too?
Yes, we were child actors and then we started touring when we were 15 and went up and down, hit after hit after hit. Then we did a lot of fashion stuff and totally rejected that later and started dressing poorly as a rebellion.

Nevertheless, since 2016 you’re described as the new fresh thing, even with your new album. It’s 2020, you’re not so new anymore, how do you think that happens? Is it because your sound is different from other bands?
My explanation is a little bit less kind than that. I don’t think, they’d be calling us “the new fresh thing” if we were 30 years old. We’re still 21 and 23, it’s like an illusion that we haven’t been around for a while. I like that. I feel like I’ve been developing in public and it’s not such a comfortable thing for me. If everyone just had instant amnesia and thought we’re a new band, I wouldn’t really care.

How ironic – you have lived 26 cat lives and simultaneously have no past.
[Laughs]. Isn’t it amazing? Sam France is such a great writer.

How do you feel when you read stuff like that about yourself?
I feel like a superhero. But of course, that’s not how stuff usually is written about us.

After all, are you writing that totally gorgeous COVID-19-album?
Brian has a lot of really beautiful songs and I think I want to follow this lead a little bit. 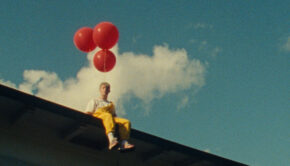 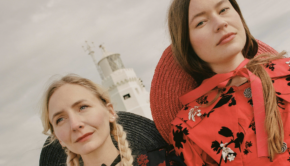 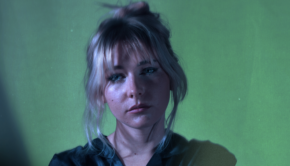 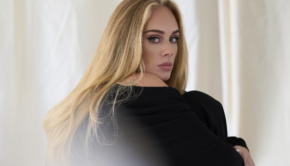