– How did you first of all meet and begin to play music together?
Most of the band members were completing their final semesters at school and so to have something fun to do in the final months the band was formed to play house parties and to have fun.

– How did you come up with the band name „Ra Ra Riot“ and what is the meaning for you?
Our first show was booked before we were even officially a band. We were a band with no name, and our friend had no band but a band name. We temporarily (with her permission) took over the title and it hasn’t changed since.

– What musical influences do you have?
The Police, Fleetwood Mac, Etta James, Kate Bush, Dolly Parton…etc.

– Did you feel pressure before making „The Orchard“ because of the success of „The Rhumb Line“? Did you think about this at all?
I didn’t feel any pressure to compete with „The Rhumbline“, the only pressure I felt was to get more music out to the fans. It never really occurred to me that the next album had to live up to our previous, it was just the next step and something new to explore and create.

– If you compare the production processes of the two records – how were they different from each other?
On the Rhumbline, we had a producer, Ryan Hadlock. On The Orchard we produced it ourselves along side our sound engineer Andrew Maury. It was neat to see how different the process is being your own producer vs. having one. It may seem like a lot of cooks in the kitchen, but it helped to have all of our perspectives adding to the process up until the record needed to be mixed we really got to baby the album.

– How do you normally work on songs? What are the normal production processes?
Songs come from different people at different stages. We work on them collaboratively and not one song is treated the same as another. It’s a song by song process.

– The new album was produced in an orchard – why did you choose this location and how did a normal production day look like? How did the location influence the making and the record?
We wrote and demoed a majority of the album on a peach farm in upstate New York. It was a very relaxing, creative, and productive time. Being in the beautiful countryside in a beautiful house on a peach orchard was very inspiring. We were in a very happy place.

– Chris Walla mixed 9 of 10 songs the new album – how did it come to it and why did you choose him?
We got the opportunity to tour with Death Cab for Cutie last fall. This is when we met Chris Walla. When the tour neared an end he expressed working together. When it came time to mix the album we felt that his talent and perspective would be great to have on this album.

– And of course – why is one track mixed by Rostam Batmanglij from Vampire Weekend?
Rostam and Wes co-wrote „Do You Remember?“ and of course we were more than willing to add another talent and perspective onto the album you can always add more dimensions to your songwriting with different musical takes from talented people.

– „You And I Know“ is the first song Wes Miles isn’t singing the main vocals – how did it come to this/what were the reasons for it and was this only a one-time thing?
I’m not sure if this was a one time thing or not. I’d probably venture to say we will explore this again. We thought it would be cool to switch up the vocals which we also did on Massaschusettes, where Mathieu is the main vocalist. Again, this follows the train of thought of „dimensions“..

– You seem to have documented a lot of the production process as there are many videos coming up on your homepage – is this material which was shoot by the band and was it thought to be used for this from the beginning?
The footage was shot by our good friend and super talented director, Taryn Gould. She came up for a few days with a photographer that we love, Josh Goleman, to the peach orchard and also for a few days at the recording studio.

– What are you doing if your not making music?
I love cooking, running, and doing yoga.

– What are your next plans?
Right now we are going to tour the hell out of this record and hopefully make it over to Europe soon!!!

– Who did fill out this questionnaire?
Alexandra Lawn 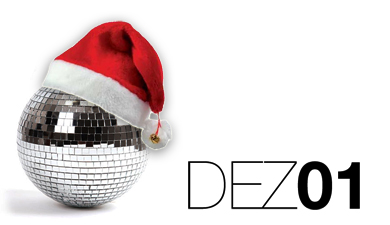