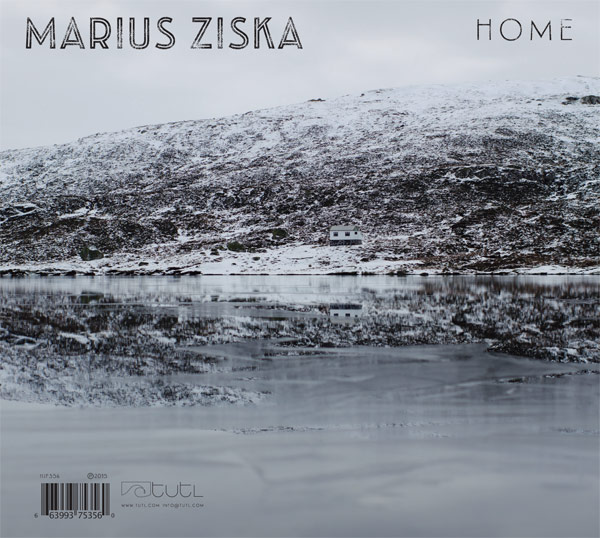 – You’re coming from the Faroe Islands – could you describe the place a bit, what are your favorite spots there and what is special about your home?
The Faroe Islands are an island group consisting of 18 major islands about 655 kilometers (407 mi) off the coast of Northern Europe, between the Norwegian Sea and the North Atlantic Ocean, about halfway between Iceland and Norway, the closest neighbors being the Northern and Western Isles of Scotland. I’m from a small town called Søldarfjørður, only around 500 people live there. I guess what’s special about it, is that it’s small and very few people live here. And the weather changes all the time creating beautiful colors, I also feel that you get a lot of space to write music here.Some might prefer a bigger city but for me this works. I don’t really know what my favorite spot is, but one that I really like is being in Gøta when the G festival is held, the festival means a lot to me and Gøta is beautiful.

– How did you start to make music in the first place and were you forced to learn an instrument or was it by your own choice?
I started playing the drums when I was about 9 years i was always listening to my dad’s old classic records like The Beatles, CCR, Simon & Garfunkel, The Beach Boys and so on when I was a little bit older I started playing guitar and singing and I soon started a band and I never stopped I was totally hooked and more or less addicted to the music and making.

– Which musical influences do you have?
I really like creating something that you haven’t heard before. Its just feel’s right to do that. And it makes perfect sence for me. I’m inspired by lots of music. My old’s man records are still inspiring to me.

– How did you make your way from the beginning of the band, to releasing records and touring and at which point did you realize that the project got serious?
I have always been serious about what i do, so it was more a question of building something up. But I guess that I began slowly in 2011 when we went on a tour in USA and got better at preforming live songs. I was never forced to play an instrument.

– How have you all met and at what point did you decide to form a band?
We all met through music, playing with mutual bands and stuff like that. We decided to make a band because we really enjoy what we create together and we believe that we support each other in a good way.

– What are the usual steps from the beginning to the end during the writing and production process of a song for your band? Who are usual the first people to listen to new songs?
I usually start with making some lines of melody, and if I really like it my mission is to make it in to a complete song somehow. I don’t always write the lyrics myself. On HOME/HEIM I didn’t write the lyrics myself, I made the melodies and sent them to friends who wrote the lyrics. Hans Jacop Kollslíð has made the faroese lyrics and Allan Tausen has made the english lyrics. This it not always the same and I also had some influences on the lyrics. The first once to hear the songs are usually my girlfriend and my mom 🙂

– On the new record you decided to write songs in both languages – english and faroes. How was it to write songs in your first language, how did you decide which songs got which language and what were the reasons to write in both languages in the first place?
When I made a melody I just went with what felt right to do. And some of the songs sounded like Faroese songs to me so that was easy, you just feel what you have to say through a melody. I really wanted to try to sing in Farose and I really enjoy it. There is no real reason for why I decided to sing in both languages, was just happy about these songs and we felt like they were supposed to be on the record.

– ‚Shades‘ is one of our favorite songs from the record – can you tell us what it is about, how it was done and if there is a story behind it?
Well I’m glad you like it. I made the melody for that song and Allan (bass player in the band) really liked it and he wrote the lyrics for it. It’s about people that you love but still there’s no place for them in you’s life because they hurt you over and over again. So it’s a very personal story but many of us have been in these situations in one way or the other.

– On ‚Shades‘ you were singing a duet with Eivor, on ‚Tokan‘ you worked together with Svávar Knútur – how did it come to this collaborations, how did you work for the songs and with which other artists do you dream working together if you could choose one?
I feel lucky to work with these people. Eivør heard the album through Mikael Blak who was producing the record and she asked if she could sing on one of the songs and we were actually thinking about getting a female singer on Shades so we were lucky. I really love Eivørs voice she is one of the best singers I have ever heard so that is just great. I met Svavar because I was invited to a songwriters retreat in Denmark. It was a guy called Brett Perkins who was so nice to invite me. Me and Svavar met and we instantly became friends and we really enjoyed making this song!

– How would you describe the faroe music scene?
There is a lot of music in the Faroe Islands but you could say that we all know each other more or less, I think the Faroese music scene is interesting because we all support each other in a way that a bigger country might not. And maybe things happen faster in a way I’m not sure. I would describe it as diverse because everyone want’s to be different in there own way.

– What did you learn in 2014?
Probably a lot about making music and being a father

– Which song would fit to your actual situation?
’Lodi‘ from CCR :)

– Which song makes you dance independent of your situation?
‚Under the pressure‘ from The War On Drug

How would your „Bedroomdisco“ look like?
I have no idea,it would probably have four smoke machines and lots of stuffed animals!

– Who did fill out the questionnaire?
Hans Marius Ziska