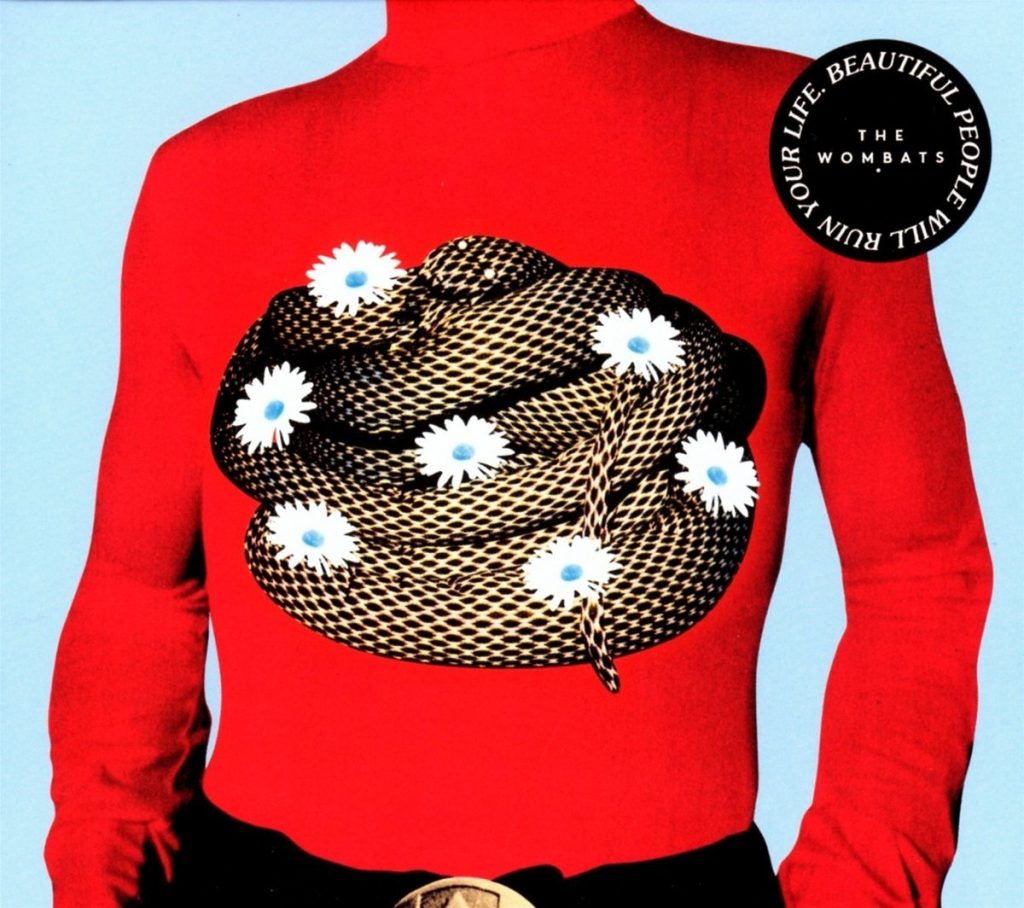 First of all: Welcome back to Germany, to Cologne and congratulations to your new album. How have you been so far? Is touring fun?
Yeah, thank you. It’s going great but it’s not a big tour, just two and a half weeks in Europe. Then we are going to America for five weeks.

Your new album is out. Beautiful People Will Ruin Your Life, a funny title. What’s the idea behind it?
I think, the album title has to reflect what the songs are about. In this case, it’s about the people we are close to. It’s about what they say and what they do to us. Either positive or negative. It can also be things that happen to you.

How would you characterize your new album with three adjectives?
Oh, that’s a tough one. We always wanted to make it sound more string-back, not many layers, more guitary again. We were also inspired by Psychedelic styles. And it’s groovy – Well, that’s more than three, haha.

So it was no coincidence that you wanted to sound more rock again in comparison to your previous two albums?
Yeah, we wanted to go back to our roots, discover what Wombats were in the first place- guitar, drums, 3 vocals.

Especially after your debut album came out, you were described as a party band. Are you ok with the term or do you feel a bit underestimated?
It’s different from a live show when you listen to the album. There is a lot of darkness in the lyrics, not always up-tempo. Some songs are definitely more reflective. But then, there’s always this element of fun energy and colourful vibe, especially when we play live. That’s what I like.

You are old hands in the music business. What would say is the major difference for you as a band between now 2018 and 2007?
We have hell of a loft more experience. We’ve done a thousand of shows and we were a lot on the road. Of course, you know what you want more, but at the same time, you don’t want to repeat yourself. So this can maybe be a bit of pressure. But we still enjoy being on the road.

Is their anything you are still not used to?
Performing live or on TV shows. I’m getting super nervous and I’m sweating. I will never get it away, haha.

Do you think the music scene has changed a lot since 2007? Because I personally feel that there were a lot more indie bands and a bigger scene back in those days.
I think you are right and wrong as well. There are so many cool new bands, but maybe not all topping the mainstream anymore. They are more underground, not in the charts. They were always there and always will be. Now you can do more on your own with your laptop. You don’t have to interact with anyone else anymore. Well, it gives you a lot of opportunities but it can be damaging as well.

Your debut album had a very young, teenage vibe and now you’ve clearly grown up since then. What’s the best and worst thing about adulthood?
The hangovers are much worse now.

Yeah, haha.
In the old days I was fine after drinking the whole time, but now it’s not that way. You need two days to be fit again. And your body hurts more after a show, haha. Then, of course, you have much more experience, you know what you can do and cannot do. We are much more confident now, we know what we are doing and who we are.

You are known for your witty, playful lyrics. Was it a conscious decision to say: We don’t want to be so serious? Would you say it’s the essence of the band?
Well, Murph is very creative with words. He can put things in different way and it has always been an important part of the band. It’s fun but also serious and even sometimes based on real life events. It can be about problems like depression. But still, you can laugh about the darkness. So this is a real problem but at least you can have a laugh.
Yeah, laughing is always good.
Yeah, a good cry also is, but yeah, laughing is better, haha.

Then, what’s the best way to take life not so seriously?
Enjoy what’s now and don’t live for your plans.

Would you say, it’s easier to write sad songs than happy songs?
Yes, I think so. You have a sad topic and it’s easy to write about that. I feel, that positive songs can sound cheesy very quickly. I don’t know why that is. Maybe Morrissey is guilty of that, haha.

Is there a lyric you are especially proud of?
The edge of nowhere is such a beautiful place from Emoticons. It’s brilliant and epic.

Oh, yes definitely. I like that, too. In the song Turn it says: Listening to Drake at your best friends swimming pool. So do you like rap music?
Well, I listen to everything for inspiration. I always liked the production values of rap. Murph is a big Drake fan as well. Turn was actually inspired by Drake. His wife put on Drake at the swimming pool at one time We were also using the beats of Emoticons as a reference to Drake.
Oh, wow. I didn’t know that. Cool.
We actually rarely listen to music that sound like The Wombats. We always listen to music for references. As long as it triggers something, that’s fine.

Well, I’ve got to ask you. What’s up with all those snakes in your press photo and on your album cover? It’s quite scary. Why not wombats?
Well, when we did the foto shoot they weren’t poisonous or something.

God, I would never do that. I hate snakes. But why did you show them in the first place?
Well, they are kind of slow, sneaking and mesmerizing but they can also explode and attack you. We liked this kind of image for our album cover.

Uaaaahhh, terrible.
So you have a real phobia?

Yeah totally. But spiders are okay.
Well my phobia is wasps. If I see one in a room, I will be out.

Well, you do sometimes post cute wombats videos for “Cute Wombats Day” on Facebook. So let’s test your knowledge about them quickly: Where do you they live?
In Australia.

Correct. What do wombats like the most to eat?
Leaves.

Well, grass, but it’s green, haha. Where does the name come from?
Uhh, I have no idea.

From the Darug, tribe of the aborigines.
Oh okay, I didn’t know that.

Yeah, they are amazing animals. Why did you actually name your band after them?
We got our first show in Liverpool. And someone was making a poster for the gig and he asked for our name. Dan said, The Wombats. It was actually just an inside joke, it’s kind of derogatory to call someone a wombat. We said, ok, we probably have to change it sometime, but it got stuck. Now, we are still called The Wombats, haha.

You are right now in Germany on tour. What was the best experience for you in Germany since your first album?
Playing original Molotow in Hamburg. I remember that the club was totally crammed, people were crowd surfing. Everything was out of control, but we didn’t think about that at the rime. Then, the sound manager also did a crowd surf. It was very fun.

Is there a location or venue you definitely want to play in the next months or years?
We always wanted to play Roskilde festival in Denmark. It’s kind of a milestone for every band to play there. Well, we are still waiting for an invitation. They probably don’t like us, haha. It would also be fun to play Madison Square Garden.

Haha, no, Bedroomdisco. What would it look like for you?
Oh, there have to be fairy lights and a disco ball. A record player is playing Cindy Lauper or The Flaming Lips and maybe Abby Road by the Beatles.

Well, that’s not very disco, haha.
Yeah or we could go for early Michael Jackson, James Brown stuff. Oh, so many options.

Sounds good great. Thank you very much for your time. It was very fun.