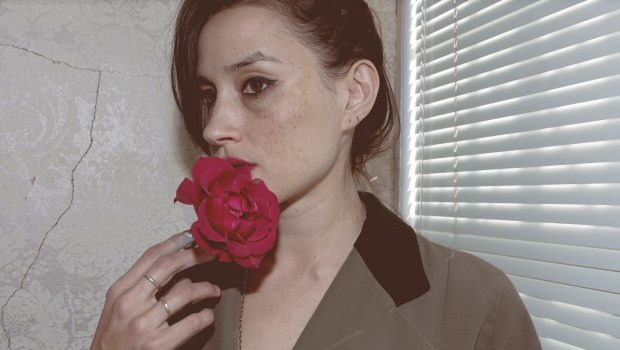 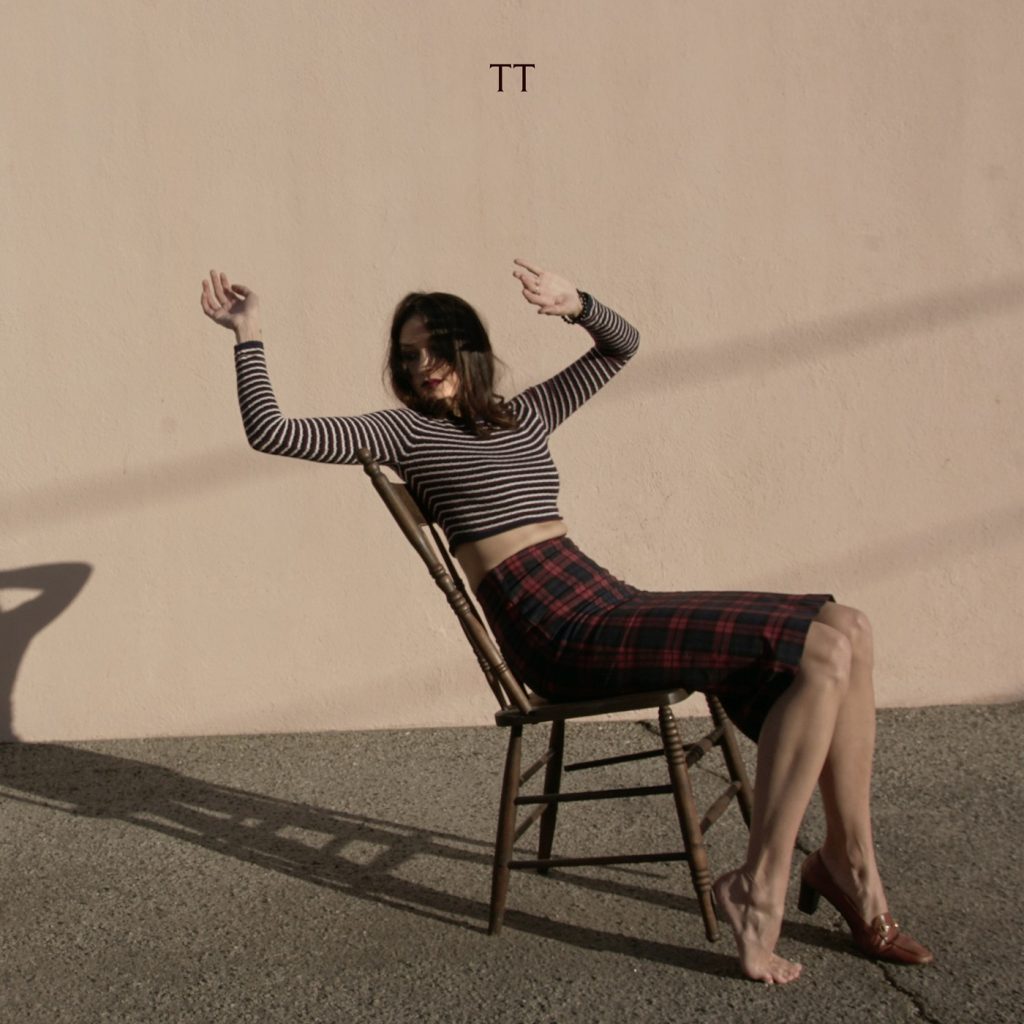 First of all, congratulations to your first solo album! It will be released on may 18th. For how long have you been working on it?
It was a ongoing process. I’ve been creating my sound for a long time. I was messing around, playing, trying out what works and feels best and then writing it down in my computer. About a year and a half ago I realized that I got an album there and so I expanded all the songs with my brother and a couple of other producers, but mostly with my brother. We recorded drums, bass, synth, whatever it called for.

How do your songs arise?
Love Leaks started on the piano. I’ve been fine started on the guitar. Some others were built starting with a beat and then adding things to it, making a loop, continuing till I thought it was done. They mostly start with beats, because I’ve been on tour a lot. My computer was sort of my studio.

You are co-founder, singer and guitarist of Warpaint, who exist since 14 years. Over your solo album you once said that now you “can pilot your own ship”. When did you start thinking of a solo album? Couldn’t you realize those ideas within the band?
Yes, exactly. There are only a number of songs you can put on an album, everyone of us is writing and we all bring ideas and songs. We make it completely equal. When everyone brings two songs you have eight already. Then you do that album, you wait for it to come out, you tour with it and by that time you are doing another one. But in the meantime it is three years later. So for every 3, 4 years you are doing one album with two songs. That was not enough for me.
I could develop in a new direction and I think this can only make the band stronger. It’s not threatening when each of us go out and do their own thing for a while. If we did that at the beginning I would have been worried that someone might not come back, but we are more rational and mature now. We’ve proved that we are going to stand together.

The band is a safe base?
Yes, definitive, you can always come back and every time you have learned more about yourself and you can enrich the project by making it more divers.

How do you work now, without the creative input of the others?
Now it is a very personal situation. I am with myself and can try out new things which I don’t have to explain. It’s so hard to explain what you want, it’s easier to try this and that and look where it is heading to. Explaining takes so much time and patience. You get into a flow with yourself. It’s a unique experience. You are feeding back to just you.

What do you do when you get stuck somewhere?
I keep trying. And get frustrated! I take a break then but also keep trying, keep coming back to it. Showing work in progress to other people can be both positive or negative. When things are in a rough state it is not easy for others to get the idea behind it. So their feedback is often not helpful, it can be disheartening. I don’t want to be subjected too much by other people judgement. But of course can negative criticism help you grow.

What kind of role did the other members play in this process of your solo album?
I’ve talked a lot to them and showed them things I’ve been doing, they’ve been very supportive. I wanted to have them close by – but not too close. But I also wanted to collaborate with people I don’t get to work with that often.

What is important to you personally? Do you have to express yourself through music or is it more to process things?
I definitely process things by producing music. It’s like a creative rollercoaster and I enjoy seeing what comes out of me. I don’t always like the things that I do. I can be pretty harsh and self critical. I had to learn how to treat myself better. The topic of the album itself, those romantic love things, I pourred a lot out of those feelings into the album. I don’t feel so heavy with those feelings anymore. I was single for a long time, was travelling and have a kid. I was trying to make relationships work. Under all those circumstances it was really difficult. I found myself daydreaming about relationships, asking myself if it is even possible to have a relationship with unconditional love like there is between a mother or a father and a child? I have no idea. I still don’t know.

In ‚I’ve Been Fine‘ you sing about the end of a relationship. What does being on your own mean to you?
For me it means making things, exploring my own life and my own fascinations, taking care of my space. Putting my energy into my work and not into somebody else. It is harder now to make compromises. I do have a boyfriend now but before I’ve spent a long time on my own. I’ve learned to be happy with myself and take good care of my needs.
It is not easy for him to handle my schedule, the things I have to do and want to do. Even beyond work I have a lots of things I love, I don’t necessarily need to cuddle up all the time. I am a very independent person and I think I’ve become even more so after making this album.

Do you have any glory advices for heartbroken readers?
It helped me to focus on myself, work more, concentrate my energy. Creating things makes me happy, art, music, reading, learning languages, painting, drawing, any kind of creating thing works for me. None of these things takes the place of a lover or a partner, not fully, but they also do in some way, because you are with yourself.

It is a very personal album and you allow insights in your emotions and experiences like for example motherhood. How does your motherhood influence you as a person but also you as an artist?
It makes me a more loving person, more responsible. I’m not sure how it influences my work – I know it does but I don’t know how yet. My kid keeps me young and a little bit more simple, in a satisfying simplicity. I try to see things from his perspective and see the simple beauty and fun in them. It is fresh and pure.

You said once that you don’t want to be pinned down to a certain genre or one expectation. So what can we expect from your next album?
A noise album with one song which is 2 hours long. Or maybe an ambient bedtime album? It could go in any direction.

The album is called ‚Love Laws‘, so what are the laws of love?
The only law is love. It is fundamental. It’s beneath everything, the structure that keeps everything going.