People say that the second album is often the most difficult one – especially when the first one got so much attention. How was it for you to work on the second one?
It was great! After finishing the first album I think we kind of already had an idea of where we wanted to go with the next one. We were becoming increasingly influenced by hip hop production and were itching to make something with more focus on beats. So it was fun to get back in the studio and get to it.

Your music often deals with the topic of love. Also your new album: How comes?
It just comes very naturally to us. We’re both in long term relationships, Andy is even getting married next year! So it feels right to celebrate love and romance through our music. But on the new album we explore quite a few other themes. For example, nostalgic memories of being a teenager and getting our first cars in ‘306’.

Love Me / Love Me Not shows the good but also the bad parts of relationships and love in general. Why was it important for you to make the contrast clear?
It was important for us that we show that everyone goes through the highs and lows. On social media now people mostly only post the good stuff. For example, we love touring, it’s one of our favourite parts of making music, but we do miss our loved ones and miss out on big occasions due to being away. We talk about that scenario in ‘Location Unknown’.

The circle on the cover – and also as element in the new song titles – what does it mean?
The circle is called a ‘unicode’ and it represents which side of the album the song falls into – ‘Love Me’ or ‘Love Me Not’. It’s filled in either on the left or right to show that.

What is the new album cover about?
We are so happy with the album artwork for this record. It’s an incredible photo that stood out to us so much and for us it works on so many different levels and captures loads of different emotions/meanings.  We wouldn’t want to force our opinions on anyone so think people should decide for themselves 😉

How is your work split in the songwriting process?
We both focus on different parts but we like to keep things equal to try and make sure one of us isn’t burning out. For example James spends a lot of time writing instrumentals and Andy will write the lyrics as well as writing instrumentals.

How did you two become a band?
It was almost a process of natural selection. We’d known each other for a long time and worked with a load of different people in the past but as time went by we soon realised that it was us two that really understood each other/knew how to get the best out of one another. So we decided to put all our focus on Honne and thankfully it worked out.

The video for me&you is very (also when it’s pretty great) untypical for you. What’s the story behind it?
Yes I suppose it is a bit different for us. It all came about when we started seeing loads of dance videos to our songs popping up on YouTube/Instagram etc. So we decided to approach one of the studios to see if they’d be interested in filming something for Me & You. The Intro Dance Studio took us up on the offer and did such a great job, so much so we asked them to dance with us on stage when we played an arena in Seoul, South Korea.

What are you listening to at the moment? What’s been most played for you in 2018?
The new Blood Orange album that just came out is pretty awesome. Anything that Childish Gambino put out. Leon Bridges new album has been getting quite a few spins too.

There are a few live dates coming up: What’s for your the best part to play live shows?
Playing live is one of our favourite parts of being in a band. Travelling to new places, learning about different cultures, trying new foods – that’s something we might not get to do otherwise. But with regards to playing the music, hearing people sing back your lyrics will never get old. It’s an incredible feeling.

Tags: Honne, Love Me / Love Me Not, Warner Music International 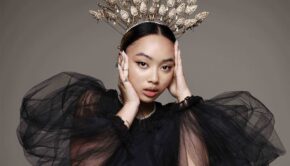 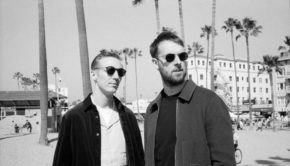 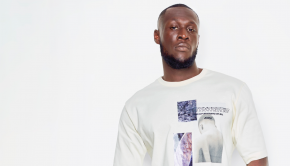 STORMZY – Heavy Is The Head →