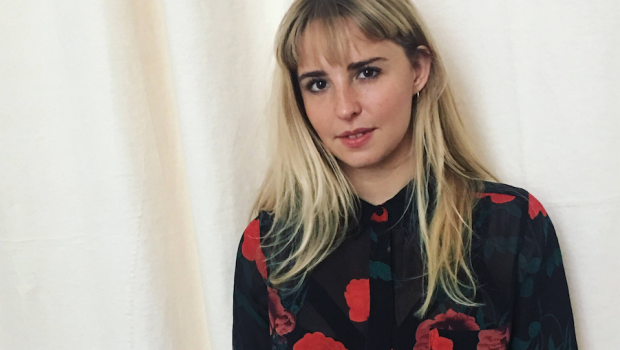 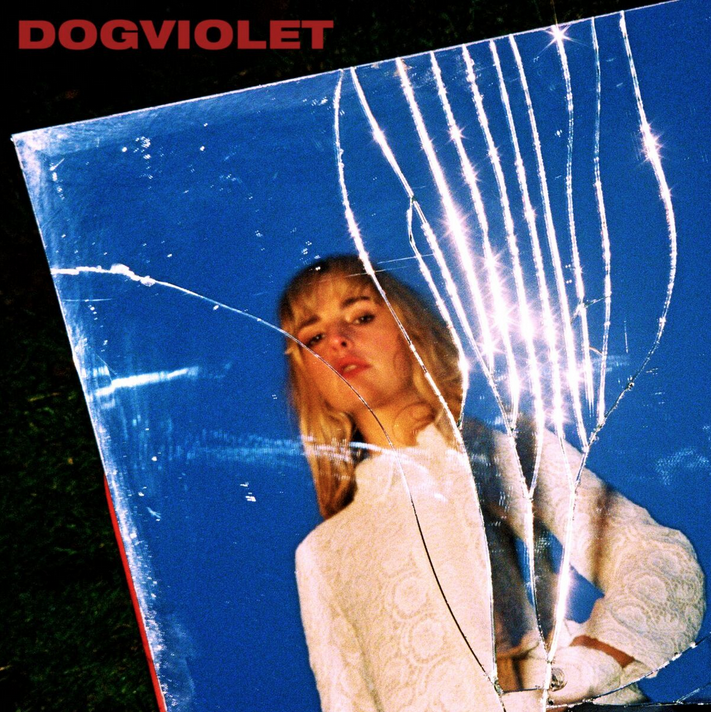 What is it like to be Laurel right now? With an album in the pipeline and a tour coming up?
It’s really good, I’ve had a great year so far. I’ve finished my album and I’ve been working really hard on that for ages. I’m really, really pleased with it and I just can’t wait for it to be out really. It’s gonna be a big day! I’ve been writing for so long, that it’s just been amazing to be on holiday now for a while and to take time off to fully recharge again. Now that I’m back I’m so ready to get stuck in again. I’ve got the tour coming up at the end of the year and I’m feeling really inspired.

How have Augustine-Valentine and Nettle and Pepper been? Please tell me you actually call your instruments by their names and didn’t just make that up in an interview?
Oh I’ve got so many names for them! My piano is called Pepper, I’ve got Pesefanie which is my first electric guitar, then I’ve got Boergadine which is my newest guitar. I just got a new guitar actually and I haven’t got a name for it yet. I just name everything I’ve got, you know, it just makes it a special thing. I’ve named cars and I’ve got plants all over my house and they all have names too. Although I’ve got so many plants now, that I can’t remember.

DOGVIOLET! Why did you name this body of work after this particular flower?
I was looking for an album name for a while. It was the last thing I actually did and I could just not think of one for ages.

Even though you’re the queen of naming things!
I know right! It was weird, the name had to mean something, it had to really represent the whole body of work. I didn’t just want to call it a name of a song, but wanted it to be unique and conceptual. When my boyfriend and I first got together, he had this book of flowers in his room and I would sink into this book and he was like hey, maybe you can find an album name in the book. Well I didn’t think that was so cool at first, but then there was this flower called the Common Dogviolet. I found that kind of ugly, but it was a very beautiful flower. For some reason that word just really stuck in my head and there was something about it, that really captured a feeling for me and evoke something. In the end, I just knew it was the album name. The love in the songs they’re all representative of a kind of toxic love. Love is meant to be really beautiful, and it can be. But it can also be really ugly. And I wanted to capture the feeling of that and the name just really represents the kind of love I’m talking about in the songs.

What’s been the most beautiful and also the most frustrating thing happening during the production phase?
The most frustrating part was, that I decided to mix the album as well. I’ve done all the production, I wrote it all and started trying to get other people to mix it. But I had written and produced it all on my own in my bedroom, there was something about getting it into a big studio and getting it mixed that made me feel like it was losing something. An essence of where it all came from. I just couldn’t seem to find somebody who was gonna capture that. And I knew how I wanted it to sound, but I’ve only ever mixed a couple of things, but definitely not to a level of an album. I got home one day and got all these mixes back that I didn’t like and realized that I just had to learn how to do it on my own… I had no idea, what I was getting myself in for. It was a long process and it was really hard. To find time and to get into the mindset and also to keep a perspective as you’re mixing and hearing it all over and over again.
And the most beautiful part. Writing for me is why I’m a musician, not so much the performing, I love it but the writing is really beautiful and I’m often writing when I’m frustrated or sad or I need to get something out I can’t really express. And also getting the masters back, when it’s all done! I never wanted to produce and I definitely never wanted to mix. It just happened that way and it’s been fun that way. I love envisioning a whole song, not just writing it and giving it to somebody else to work their magic on it. And now I’ve got these songs on a whole album and nobody touched them but me and that makes them super special to me and really excites me. 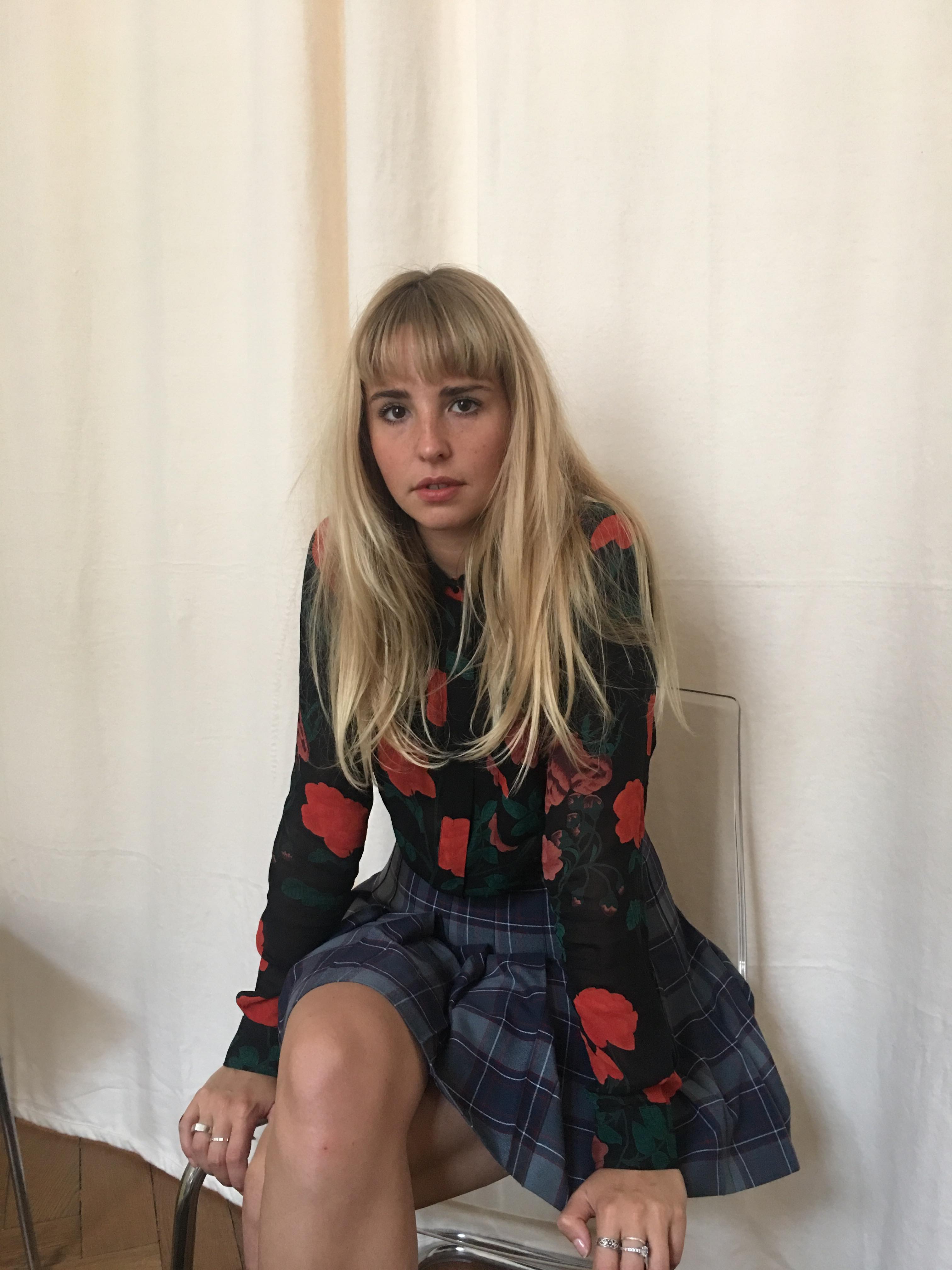 So how does that happen for you? Are you writing something down, because you want to memorise it. Or is the process of writing helping you understand the thoughts in the first place?
I think the way I write is to understand my own thoughts. The other day I was in the worst mood. I hadn’t had the time to write for a while, because I just had too much other stuff on my plate. Well I went inside and started writing and within five minutes I completely forgot about the stuff, that got me in that weird mood in the first place. I get into a flow, and before I know I don’t know how much time has passed and that bad energy turned into something productive and good and it’s releasing in me.

Is there a song on the new record that you’ve got particularly high hopes for?
I think the song that just came out, Same Mistakes, is one of my favourite tracks on the record. I’m really proud of the mix, I’m proud of the production and I worked really hard on it. It has quite an attitude and I love that. But there’s also a song on the record, which I don’t have high hopes for in terms of it being a big single, but it’s my favourite song. It’s called Sun King. It’s in the middle, it’s acoustic and it was the last song on the record. It’s the demo version, I’ve never recorded it. I wrote it and just loved it.

What does music give you, that couldn’t be replaced by anything else?
The writing really is kind of like a therapy. I feel lucky to have something like this to channel my energy, it’s like a form of meditation for me. It’s somewhat soothing and I’m very grateful for that.

With your lyrics being so personal, have you ever had doubts sharing them?
To be honest, no bad words anyone will ever say about them are gonna face me in that sense. I think when you really want to do something and you believe in it, nobody can stop you and whatever they say doesn’t matter. Also there are going to be people, who will not like you and I’m ready for that. There’s so much stuff I don’t like, that my best friends love. It’s an opinion thing, there’s no right or wrong. So making music is kind of liberating as opposed to doing something that can be black and white. In terms of the lyrics, they are very personal and telling of my life, my feelings and about what’s going on. It helps to release the songs a year or so after you actually wrote them.

How do you define your own style and find your personal red line in the crazy, creative, possibly sometimes overwhelming bubble that is London?
I have no idea. For this album it has been really hard for me to stick with one style and people have commented on that many times. When I’m writing, I’m letting the song take me where it wants to go stylistically. A great song can be produced in many different ways, so I usually listen to where I think it’s headed and I just go with it, instead of thinking about a plan. For the album I’ve tried to be a bit more cohesive. In terms of London, gosh that’s difficult. There’s so much going on, it’s crazy. Not only can you write music, but there’s a fashion party down the road, there’s an art gallery, come here do this.. It’s hard not to get distracted. When your mind is so full of stuff, there’s no space for you to create freely.

Is there a venue you’re particularly looking forward to playing?
There are some amazing venues on this tour actually. I’m playing the Dome in London, which is one of my favourite venues. It’s also where I first crowdsurfed, big moment! It’s also my hometown and all my friends come and my family and it’s so special to share that.

What’s been your favourite live performance ever? Going to and watching it yourself?
Ah wow I’ve been to so many gigs. Once I was at Bestival in England and one of the people who I was inspired by to start writing, Johnny Flynn, was playing later in the weekend. I was a teenager and going wild the nights before and I remember waking up just in time. It was the one thing I didn’t want to miss and stood right in the front, super hungover. I must’ve just stood there for half an hour with my mouth open, completely mesmerized. It was just the best show ever.