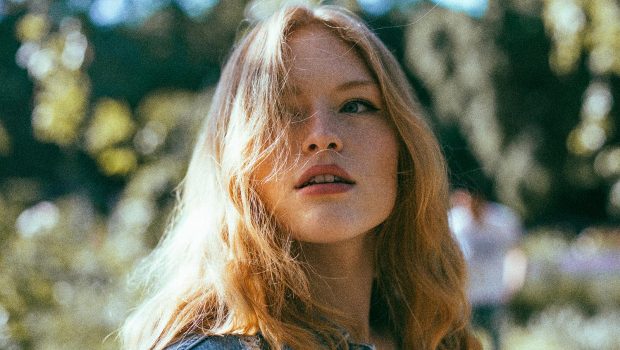 You’ve had great success with your debut single Blackout early 2017 and supported acts like Tash Sultana, Gavin James, Tears for Fears and Ray LaMontagne. Then came the release of Lost Without You. You must’ve experienced quite a journey this last year! Can you take us through it a little?
It’s been a crazy year. You know when you get those reminders on facebook from let’s say a year ago or three years ago, I’m always in such a shock. Because nothing happened for such a long time and then suddenly you’re in a moment of so much travelling and releasing music and playing shows. It’s just getting bigger and bigger and every time shows sell out I honestly just can’t believe it. Especially in a country I’ve never been to. Some of my favourite shows were in Germany, hands down. Hamburg and Cologne instantly sold out the first time I played here and the people who come to the shows were so warm and incredibly caring too. And they all stayed after the concert too and came to say hi. I’m so so blown away by that.

How different is it to play abroad vs. in your home country?
I would say it’s very similar when you’re playing in capital cities. People are a bit more reserved and you have to do more, they’re like mh girl you’re in the capital here. Even though I’m a Londoner, I still understand that mindset. So when you go somewhere that isn’t a capital, there’s definitely more warmth and emotion and people are more respectful and quiet.

With all the traveling involved, how do you stay connected to yourself?
Honestly, I wouldn’t say I was the best traveller. I used to have really bad travel anxiety and it gradually became better. The first trips I just made a point not to get too overwhelmed. Keeping a diary has definitely been an anker for all of the madness. Every evening before I go to bed I take 10 or 15 minutes to write down what happened, where I am in the world. I think that’s what grounds me the most. That and calling my family and telling them all the crazy things that are happening. There was a time, when they used to be shocked about things and now they’re just like, oh yeah okay.

When and how has your musical journey started?
I started quite young. I really struggled at school academically, because I was really dyslexic and reading and writing were a real struggle for me. So when I found out that I could hear songs without having to read the music – for a long time all of my music teachers gave up on me one by one, because they said if you can’t read things then how’s that gonna work – it was an instant massive change. I was very shy too, I was tall and a red-head and just very different to the other kids. Going to the piano room in my lunch break became my anker throughout the school years, that I found really tough. And so to get to do this now on a daily basis is just so humbling. Because every single day I remember the time when it just felt like an impossible dream. And now I just get to travel the world doing what I love.

Do you write the music first, before the lyrics then?
I don’t write with a pen and I don’t write the lyrics out. I always just sing them, so for a long time I never thought of myself as a writer, because I don’t physically write the words down. I just shut my eyes and point them at my subconscious and let it tell the stories that I can’t really tell. Whenever I think about it too hard it doesn’t go that well. It’s whenever you let your emotions speak for you and step back that make the songs that seem to connect with people the most. I really am very grateful for that, because it’s the most authentic, honest version of who I am.

How did the transition from writing to performing live come about?
I definitely, when I started writing songs, didn’t think that I’d ever play them live. I just wrote them in my room. Then there was this open mic night at my secondary school and I was so tall, that they didn’t realize that I wasn’t allowed to be there. It was only for 16 to 18 year olds and I was 11.. I turned up and it was this light bulb moment, like when you’re diving off a cliff. It was a huge moment and I decided then, that that’s what I’m gonna spend all of my time doing. And then I did for over ten years. I played and wrote and played and wrote. Played open mic nights all over London and met incredible people. I’m very grateful for that time. It’s kind of crazy that I was playing at pubs full of drunken people aged 13. #

What do you want people to take away from your music?
You know I’ve never expected to take anything away from my music, because I never thought anyone would actually hear it. People’s genuine reactions have honestly been so unexpected and so heartfelt. People come with me with these incredible stories of loss or heartbreak, sometimes crying which then makes me cry. I wrote the songs in such isolation, to then see people connect with it now just astounds me. Sometimes I forget and then when I play a show and the crowd joins in with a song I sang completely on my own just creates the most surreal moment. If people take away a sense of not feeling alone from coming to my shows, that’s beautiful. I was so left out, to be able to create something that is inclusive of anyone who wants to come is what I’m most proud of.

Are you still choosing to write the songs in such isolation?
I definitely have to have almost complete isolation. I feel like the second you know that someone can hear you, you start to self-center yourself. It’s almost like writing a diary and someone is watching. You start to not put things in and think about it and getting selfconscious.

Picking up on the emotional-driven aspect of your work you described earlier. Are you telling your personal experiences in your songs then?
Completely. It’s all based on personal experiences and I feel like that’s the only way that I can truly write. And although, especially in the more kind of abstract songs, I feel like you don’t have to have specifically lived every moment of it to have an emotional truth driving it. Because all of these feelings are 100% true. But songs like Lost Without you or Unconditional came out fully formed. I literally sang them in one go and I had no idea, that the moment I sang about has affected me so much until I sang about it. You really feel healed by it and forget the pain that it took to create it. Even though it’s a very sad songs, it brings a lot of relief.

What about the new album? Can you share some hints?
Oh my god I can’t wait for the album to come out! I’m actually finishing it as we speak and it’s so exciting, because I feel like it there’s been a real journey going from live albums of just me on my own with the piano to evolving more sounds. I’m a huge fan of cinematic music, strings and gospel backing vocals and a lot more old soul. Integrating those things with the more acoustic just-me music has been incredible. There’s a lot of real voices and instruments, so I’m really proud of it. And I can’t actually believe that it’s gonna be finished and out soon. We’ve done the photo shoot for the cover the other day too, which made it so much more real too.