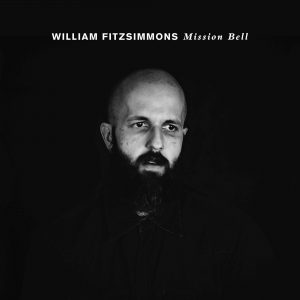 When I read your press release I was really taken aback. The first part was such a normal press text and the second part was so deeply personal…
I debated a lot, it was a really conscious decision how to write it, what to say and what not to say. I tend to the side of just saying it. Truth without consideration can be horrible, you can really hurt people but I thought it would be healthy to me and potentially help other people. I think it adds a little bit of color to the story but it’s a little brutal. I mean it’s not fun… it’s funny from the outside cause it’s like: that is insane! It’s life too, it’s stuff that happens. I still thought it was a brave thing to do. I guess, the brave thing is living and trying to live honestly, which I have not done for much of my life. I’ve only done it for about a year and that’s the truth. Taking responsibility for the things that I have done and working on myself and on not being so selfish. The bravery I think comes from making good choices after the things that have happened. Telling the story, that part was kind of easy, because I was just reporting the scene. Everything that comes after it, that isn’t in the press release, that’s the difficult shit for sure. I was really conflicted about the questions that come to my mind, because I felt they were way too personal. Well I wrote it, so there is nothing to personal. If I write these songs I open the door. Well music from my standpoint is something that I can only access from an emotional point of view and often I read interviews, that are really technical in a way… But that’s great! It’s like that for me too. But I also love all of the gear shit and all of the songwriting shit but the end result is supposed to make you feel something. So if you can do that with three chords and the truth I think it’s fantastic, but it has to live on the emotional level. Even pop music, if it doesn’t live on some emotional level, nobody is really gonna connect to it. Music goes right through the frontal lobe, it bypasses the decision-making center of our mind, I can’t tell you how many songs I have cried to, that I had no clue what they were about. Why do you like this song? Honestly I have no idea, I have no clue, it just makes me feel something, so I wanna listen to it over and over again.

So truth is such a strong motive on the album and you say it over and over again. Was that also the reason why you recorded this album fully analog?
I am all digital. I’m a folk guy but I love all the elements of digital recording because it is very forgiving and you have a million takes if you want. I can sit down, not really think and play the song ten times and none of them have to be great. You just cut them up and make a little Frankenstein Monster and it’s perfect. And that is what the first version oft he record was, it was technically perfect. Every note was in tune, every drum hit was in time and there was no spirit in it at all. You didn’t feel anything listening to it. The tape thing was scary, but I was such a mess and so broken emotionally that I didn’t really care. I wanted to record these songs. These were my songs and that’s the only thing I felt really strongly about. I believe in these songs and I just have to finish them. Adam Landry, he was the producer, and he’s in my band now. He’s the one, who saved the whole record when we started from scratch. I trusted him but you know, had he told me to stand on my head and yodel I would have done it just to be done with it. It’s not that I don’t love it, I love this record, but at the time that I made it, it was hard. It was hard to sing those songs and play those things.

I can imagine. I was reading about the benefits of debriefings right after a traumatic experience and it basically said, that it could even be harmful for people.
Because you’re reliving it. It’s revictimization. And they thought for a long time that it was beneficial, because you would think it would be. With many things that you classify as harmful but non- traumatic in that sense, talking through is a good thing. But when it reaches the level of trauma you still have to work it through but reliving it is not necessarily the right way to do it. I did some rituals, I didn’t make like voodoo dolls but I did some rituals along the way, burning things and destroying things. It sounds violent but I don’t mean it in that way. It was a controlled meditative respectful process of like, if there was an object, that was very reminiscent of that like copper mugs. Just like the ones you drink a Gin Mule from. I bought a set of that to make the album, and after the thing happened I couldn’t look at them anymore. And so I had this meditative thing, where I took them, set them out, said a prayer and I got rid oft hem. So there was balance, where I didn’t try to relieve all that stuff, but I wanted to make sure I face all of this, because I don’t want to deal with it in ten years again. I don’t want to wake up and realize that I’ve been angry about something when I’m 50.

It’s funny that you say that, cause I was expecting way more anger on the album.
I’ve had problems with anger most of my life. I don’t seem like it, or maybe I do. I have the capacity to be really mean, nasty, unforgiving, sarcastic, cruel. I have that capacity completely but that is not the truth. The anger is not the truth, fear is he truth. Fear is underneath my anger. Fear of being abandoned, fear of being alone. Fear that I’m not the person, I want to be or the person that I want to be with, won’t want to be with me. Fear that I mess my kids up. I can write a bunch of angry songs, but that is not the truth it’s a shallow version oft he truth. The truth is, that I’m afraid, so I would rather go — it’s always two things when I write songs: deeper and simpler. I always want to go deeper and I always want to make it simpler, because that is when you are approaching the stuff that people really feel, I think. A lot of people ask about that. Why isn’t it angry? Of course, I’m angry, but you know… you have to keep going. That is from my work as a therapist, I think and the therapy that I’ve been in myself for a year now. You have to keep going deeper. You don’t stop at one thing, you keep digging. It sounds like you’ve been trough whole reevaluation of your life then. Yes, that is what the title means. You know the mission bell is used in the catholic missions in California by the priests. It is what sets the rhythm for everything in their life. You would wake up when they rang the mission bell in the morning, if there was a visitor and you see someone coming from a mile away, you’d ring the mission bell. And I’m gonna use the mistakes that I’ve made, the awful things that I have done. It all matters, I could just be like fuck you, go on Facebook, look through my fans and found someone cute but that would just keep me on the path of destruction. That’s me getting divorced a third or fourth time or loosing contact with my kids because I’m an asshole. I just don’t want that anymore. So this, to me, is a big wake up call and an opportunity to start to get myself healed from all the stuff, I thought I was over. It’s really depressing, I’m sorry. I am literally depressing myself while I’m talking about it. This record is not for everybody… but I think there is some people who can be helped by these songs, and that is he best I can hope for. It helps me to be able to say this stuff, just confess it and get it out there.

All of that doesn’t sound depressing to me, because it sounds like such a huge development in a really uncomfortable way. Like going out of that situation with a complete new mindset.
Not everybody wants to go there, not everybody is ready. People are all on their own paths and nobody can be forced. If somebody will hear these songs, they will hear some sort of connection and hope and some people will hear just this overwhelming sadness, that they won’t be ready for. I like that this album is a little more ambivalent. It’s not just like: everything sucks, I’m really sad, she left me. This one has everything across the board. A lot of confusion, thinking one way this day and this way the next day. I think it’s a little bit more accessible in that way. It doesn’t feel as heavy as some of the older stuff. The older stuff is just force-feeding sadness, not letting you feel anything else.

What is it like to perform these songs live now?
I put up boundaries. There was a moment last night, one song in particular got too deep. You have to be balanced, you play in front of an audience and your responsibility is to give them an experience. So every night it’s a little bit different but I always try to find a balance where I’m being very present and very grounded. It’s not me getting wasted and going up there just fumbling through the songs, but neither is it me sitting in the corner playing them to myself. It’s somewhere in between. I think you can have a good time even with this stuff. There is a humor to all of it. As far as big insights and therapeutic moments, that is when I am writing and recording the songs. By the time I play them live it’s more about trying to create that emotion for everyone that is there. Most of the tears have already hit the paper by the time that I get to a show.

One last question. After all that you have lost lately, what have you gained?
Selfknowledge! Simple as that. Maybe the most important thing you can get.