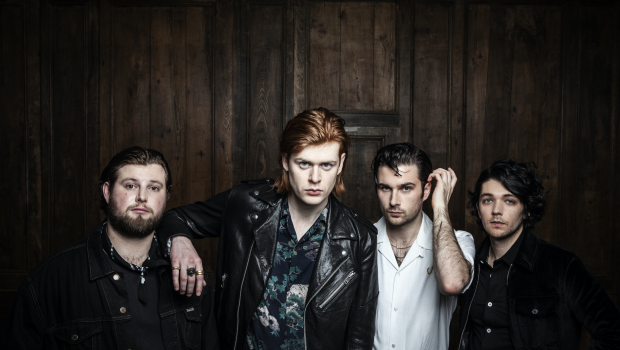 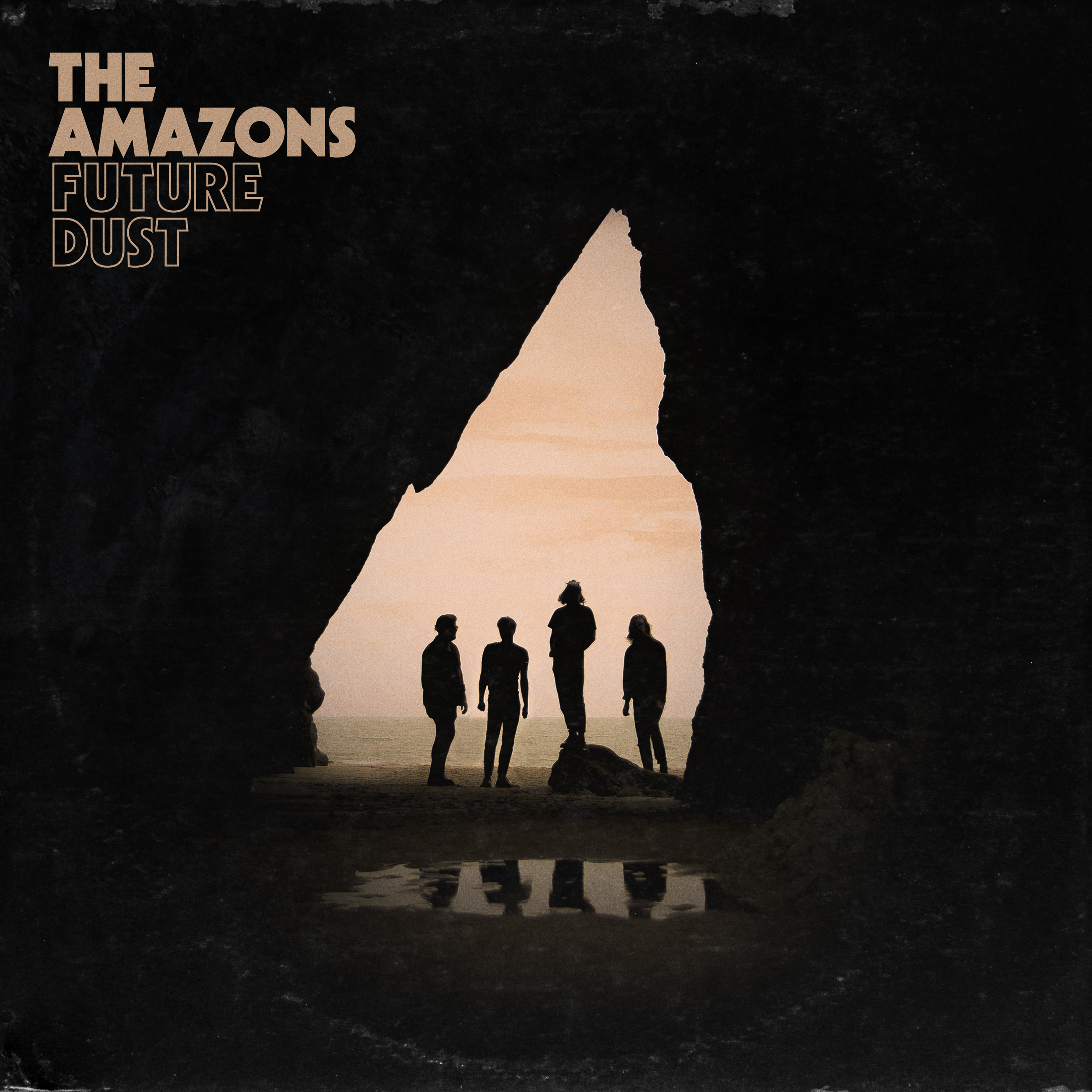 Which was the first rock band that really struck an impression on you, why and what did you think about them at the time?
Led Zeppelin were introduced to me by my father. They blew me away. I couldn’t believe this music was made by humans. They seemed like Gods.
The beauty is that musically, the view hasn’t changed even after listening to them for nearly 20 years.

Which are the rock bands that you all can agree on? Which influences do you all have?
With this record we started with the bands who we were introduced to in our formative years. Rolling Stones, Led Zeppelin, The Beatles, Fleetwood Mac and worked our way back from them.

What are your top three rock albums of all time?
IV – Led Zeppelin
Abbey Road – The Beatles
Born to Run – Bruce Springsteen

Which was the first rock show you visited and what impression did it have on you?
Red Hot Chilli Peppers at the Madejski stadium in Reading. I was 11 years old and the scale of the show and venue made a lasting impression on me. That amount of people who were all focused on the same thing.

Which is the best rock riff that’s been written and why do you think so?
For me its Jumping Jack Flash by the Rolling Stones. It’s the most infectious, swaggering, exciting riff ever recorded.

Which is the best rock album, what influence did it have on you and how did you discover it?
Led Zeppelin IV for me is the best. It’s Led Zeppelin at their creative peak, Jimmy Page at the peak of his production. Every song is a vital piece of the puzzle. It’s only 8 songs so doesn’t overstay its welcome. It has incredible dynamic and range as over the album it covers almost every facet and angle of what Led Zeppelin was great at. The hard rock masterpiece of Black Dog, the chuck berry inspired homage of Rock N Roll. The beautiful folk of battle of evermore and going to california, the flagship anthem Stairway to Heaven, the God-like epic of When the levee Breaks.

Which is the rock cliché that you want to avoid in your band / which are you keen on achieving?
That we’re all addicted to drugs and treat women terribly. The idea that that is what ‘rock and roll’ is, is total fucking nonsense. Yes excess is sometimes a reality but it doesn’t mean we need to be monsters to be a ‘real’ band.

How should a good rock band sound nowadays?
Not up to us to decide. What I will say is that I miss pure live instrumentation in the live environment. The idea of expression through musicianship and the space to improvise is lost when you’re shackled by click and backing tracks and I do think that’s a sad loss.

Nowadays the rock genre seems to be not that prominent anymore than it was about 10-20 years ago – what reasons do you see for that state and how/when would you think will the situation improve?
I think Rock&Roll is currently in a place where it’s achieved everything it ever needed to achieve. It’s gone from the fringes of society in the early 50s, to stadiums from the 80s onwards. It’s been the sound of the youth and of the parents many times over. I think rock found its format in physical releases. Especially the LP in the 70s. I think there a lot of parallels to Rock’s success on vinyl in the 70s to how hip hop/rap has found its format in streaming now.
Whether the situation improves for Rock&Roll I’m not sure. I don’t believe it will ever reach previous levels of commercial success coupled with cultural relevance. It’ isn’t something worth worrying about for my band, it’s out of our hands, We’ll just write and record music that we love and see what happens.

It’s been only two years since your debut – how come that you already back and are close to the release of your second album?
Why wait? We’re musicians. When we’re not touring, we’re writing and recording music. It’s what we do. We don’t subscribe to this model of taking 3+ years between albums. I don’t understand what artists do in that time. It’s not a model set in stone. It seems to be something adopted from the 90s onwards, I guess when album campaigns were stretched and stretched with touring, promotional opportunities, longer radio campaigns. It’s not a model informed by creativity. The greatest artists of all time didn’t seem to have a problem with releasing albums/music every year to 18months so why should artists struggle now? The Beatles released 10+ records in 7 years of their recording career. Led Zeppelin released 4 albums in their first 3 years. All albums that stand up today. Why is the productivity and quality of music lower in 2019? There are a lot of possible answers. I don’t know.

Before the recording – what aims did you have for the second record?
We wanted to make a much more cohesive record than the first. We wanted stronger themes and a sonic identity. We wanted to make Future Dust an ‘era’ for the band. Something we could explore then move on from. I think we’re in the process of achieving all of those things.

The sound of the record is much heavier and featuring a lot more guitar riffs and great rock moments – what influences did you have for this change in your sound and did this happen by accident during production or conscious decision beforehand?
We enjoyed recording and playing the songs on tour that were slightly darker and heavier on the first record. We wanted to explore that side of things with this album. It;s just something that excited us. It felt very conscious with this record.

Could you tell a bit about the production process, how Future Dust was done, which was the best and worst moment during the making and what is your most told anecdote from that time?
With Future Dust we wanted to place slightly more limitations on things like overdubs. We gave ourselves a limit on how many guitars we were going to record for example. How long we were going to take on each track. It was about capturing a performance rather than getting it totally perfect. A big difficulty occurred when our lead guitarist Chris, cut the top of his left index finger off while cooking. We spent the night at hospital in the nearest welsh town. We thought we’d have to book more recording but Chris miraculously learnt how to play with 3 fingers on the fret board. All the solos you hear were recorded in this way!

We also read that you were shutting off your mobiles for the production – which effect did this have on the production process and how did it feel for you personally? Did this also change your feeling/view about the effect of the connected digital world, we are living in?
It was something that naturally happened in Three Cliffs Bay, Wales, where we wrote Future Dust. There simply wasn’t any signal. It was amazing. We were truly in the moment and it was fertile ground for creation. It didn’t change our views because I think we’ve always had our suspicions that phones, social media etc aren’t particularly helpful to creativity.

For Future Dust you were working with Catherine Marks again – why did you choose to work with her again and what influence to the record did she have?
Our friendship carried on after the 1st record and grew. I think we all had things we wanted to change about the 1st album and wanted to have another go at it. It felt natural to work with her again.

How is her working routine?
Intense. She’s probably the most Rock&Roll person we’ve ever met. She lived on a diet of cigarettes, broccoli and blueberries. I don’t think she had any more than 5 hours of sleep a night. She was the first in and last out. 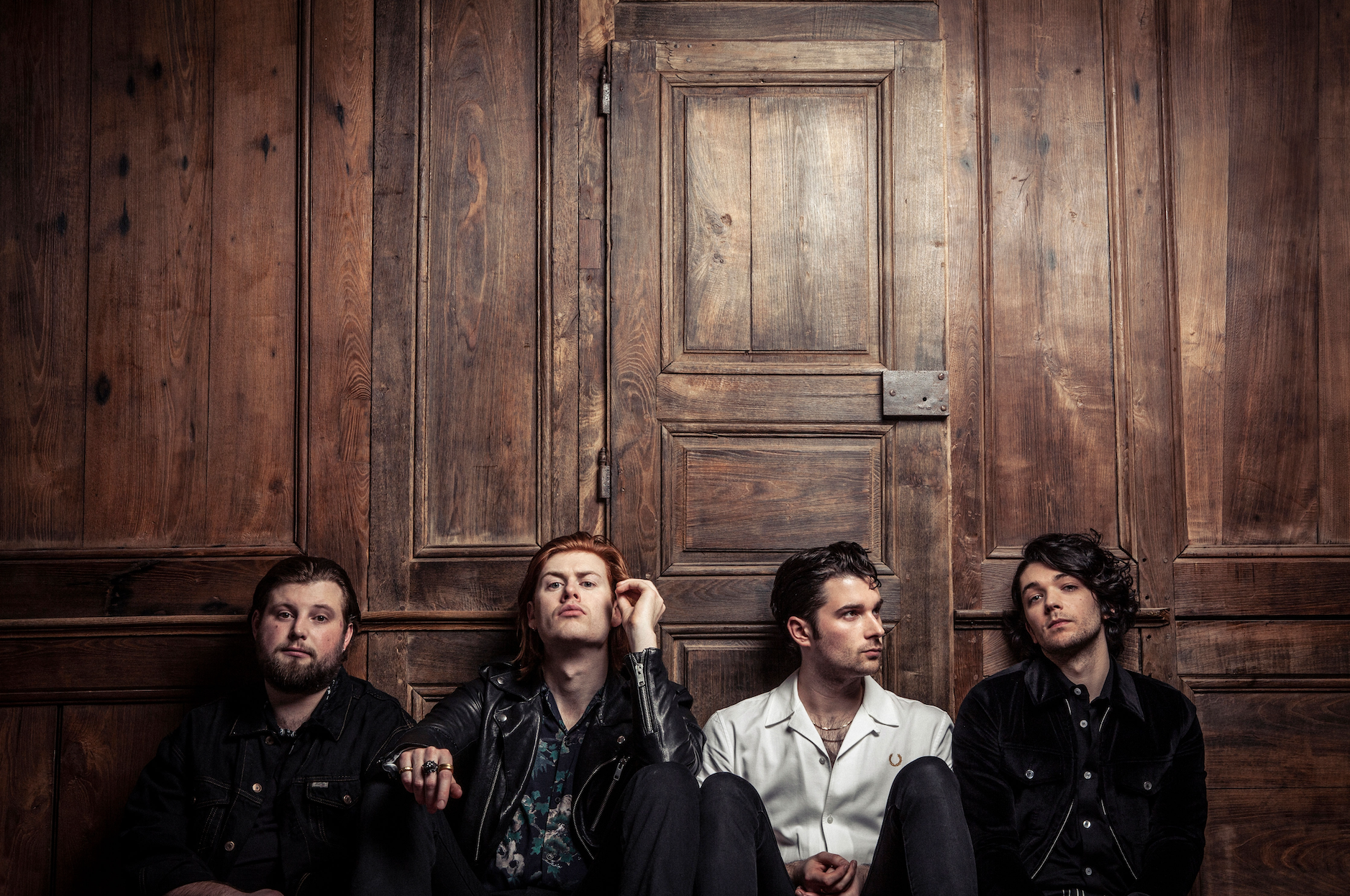 What are your next plans?
Festivals this summer across the UK and Europe. We’re touring Europe and Germany this October which we’re very excited about.

What did you learn in 2018?
Life isn’t black and white. It’s grey, and that is infinitely more interesting.

How would your Bedroomdisco look like?
smokey and dark