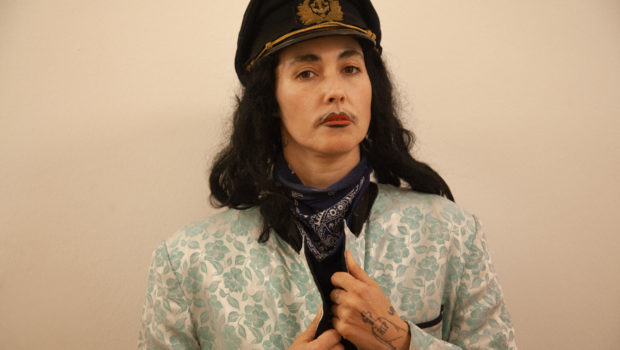 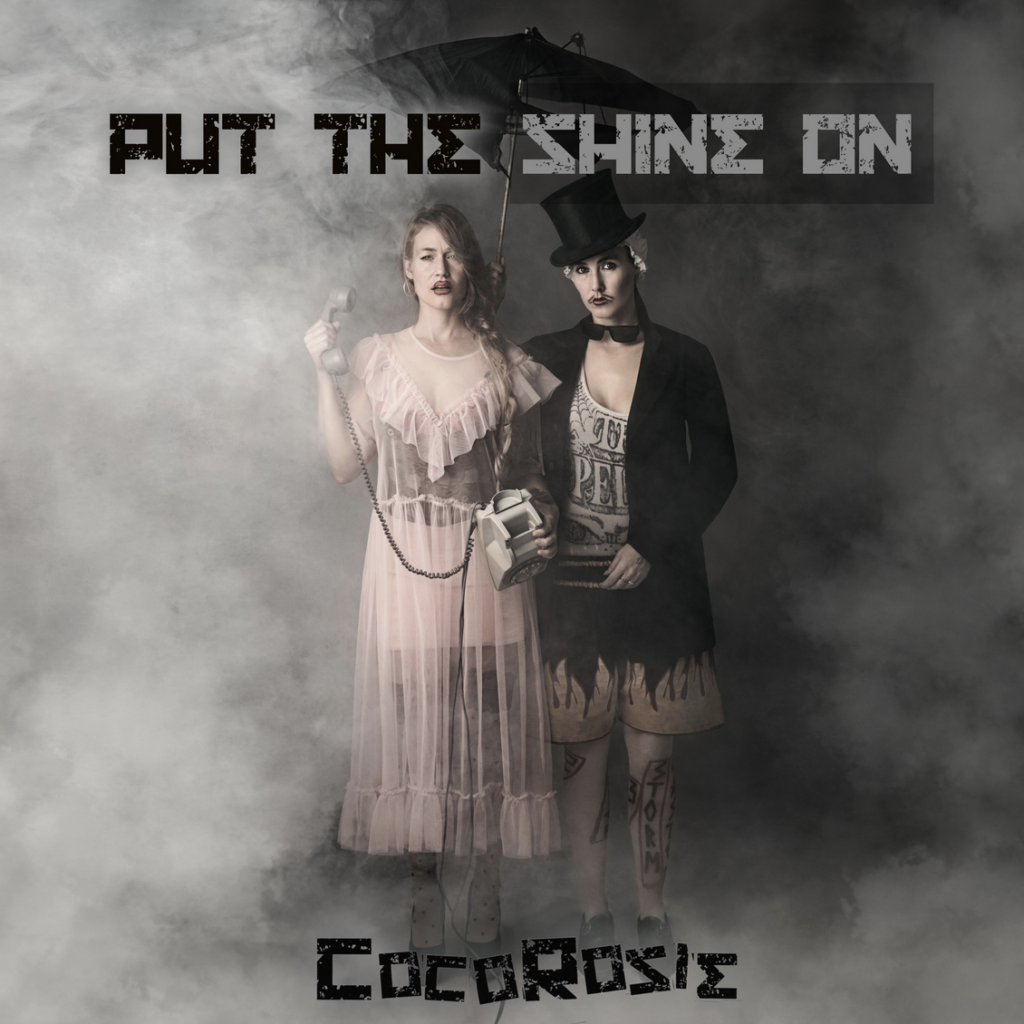 Put the Shine on is gonna be your 7th studio album. How was making the record different to the ones before?
It’s hard to compare. It all feels like a continuation, but not the same. We keep developing new approaches each time. It had its particularities, but we kind of just jump in experimenting technically and then the style of it eventually starts to emerge, you know? But we start in a really.. it doesn’t matter for us where we start, we just grab whatever is around and take it step by step.

Lamb & the Wolf was the first song you released in two years. Why did you choose this one?
We just thought it was our most sort of unusual style. Like a bolt new direction of ours and we felt like putting it out there.

You’ve recently collaborated with Chance the Rapper on Roo – can you share a little about how the project came about?
He got in touch with us and told us he was a big fan of our music since he was really young. We didn’t know what we were getting into, we went to the studio he works at in his hometown and just brought out a few tracks that hadn’t quite found their home yet, that we had been working on. He got really inspired to write, so he wrote and recorded while we were there and then the song went around some circle of hands of his collaborators, so it transformed a lot since we first got in the studio.

Are you still using typewriters when you create magic with words?
I do it for lots of reasons. One is, for me when I type something, it becomes official already. As if it’s almost published. Versus when I write things by hand, I often don’t even reread them, so I might not even recognize if something important has been written. It’s also just a lot more organized than handwriting. I find that the handwriting colors the writing too much, it has too much influence. I mean you can take the handwritten and type it and suddenly it just cleans up and is literally legible. All the messiness and wildness is now held through these clean letters. It makes my messy wildness feel organized and so it really helps for poetry for me. For years I almost completely stopped writing by hand, I’ve been bringing it back lately to journal and stuff, but I really prefer the typewriter and I never write on the computer any more. It’s like analogue recording, you don’t give yourself so much space to revise. It has certain convictions about it. 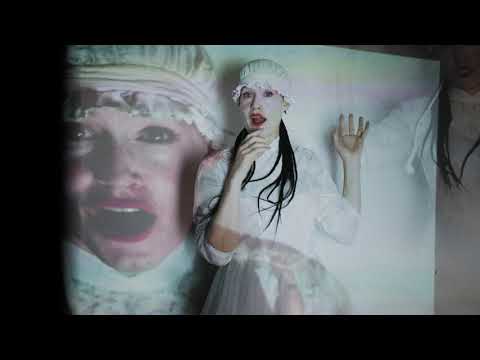 That’s such a beautiful approach, I guess that’s in a way similar to photography, when you think of the digital and analogue process.
Yes I was just gonna say, it is a lot like analogue photography. It is real, something actually happened on the negative. I noticed that I’m a lot less critical of my analogue pictures. They look better first of all, but second there’s only one of them. I kind of appreciate it even more, because it’s real and it doesn’t have to be perfect, it can have its exposure messed up and everything..

How do you approach the process of bringing new music on stage when you’re touring? Your shows are always very theatrical..
Well, we never really try to play a record and have it sound like the record. Which we’re actually gonna try to do this time.

Why is that?
We just thought it would be a new approach. We didn’t even think of playing albums before. You’re supposed to, when you tour a new record, there’s this expectation that you play the songs. We never thought of that and rather played what we felt like. But we have the intention to play the whole record. Live we always have a beatboxer and we rarely record one, so we always have to completely change the songs for that basic reason. But then we also let them morph and become something else, which might happen again. Usually we let them take new shape and once we’re on the road they keep taking new shapes. So we’ll see what happens, we just thought it could be fun to try to actually play the record. But because we build it in such an experimental, collagey way, it’s quite an undertaking to recreate them live. 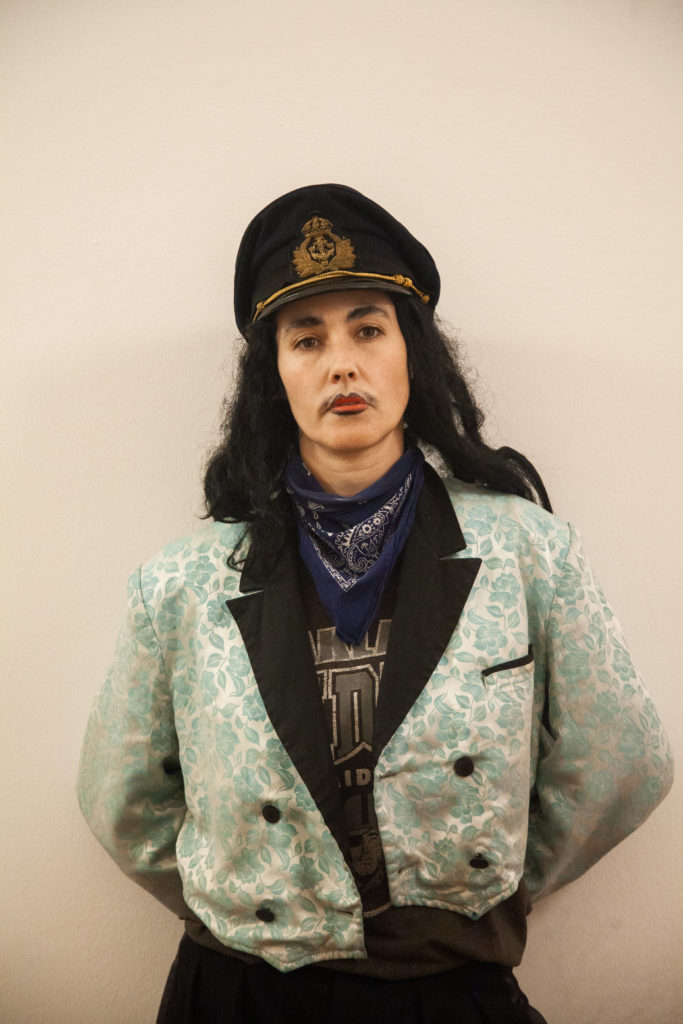 Where do you draw the line between creating characters and being the character or playing the character you’ve created?
There’s not really any line. I’ve gone through different personas. Sometimes my voice doesn’t match my personas exactly. I struggle with that sometimes, having to go out and sing. My vocal persona and other personas that I have going in my own mind are different. And then my sister is a whole other story. She has a really wide range vocally, she can be a literally be a lot of different types of voices and has a whole different range in octaves and such. She can drop down every low and people don’t even recognize her any more, when she’s using her lower register and she can go all over the place. But yeah, the persona thing is interesting..

Are you throwing your whole truths in the music, or is that even possible? Or do you want that at all?
We throw it all in, but it’s very raw and it’s undefined and it often feels like we’re having an experience rather than creating one. I’d say it’s more like discovering truths by trying different things.

It takes guts to be experimenting. Sometimes we’re so conditioned to think a certain way or do things a certain way – have you ever been scared of trying it all out?
Not really. I think a lack of education has really been serving in a way, at least in my case. It’s been a strength for me, it’s not that I’m against education. Education in terms of creativity can be very dangerous and can make you very self conscious and you end up not giving yourself a chance to have your own voice. 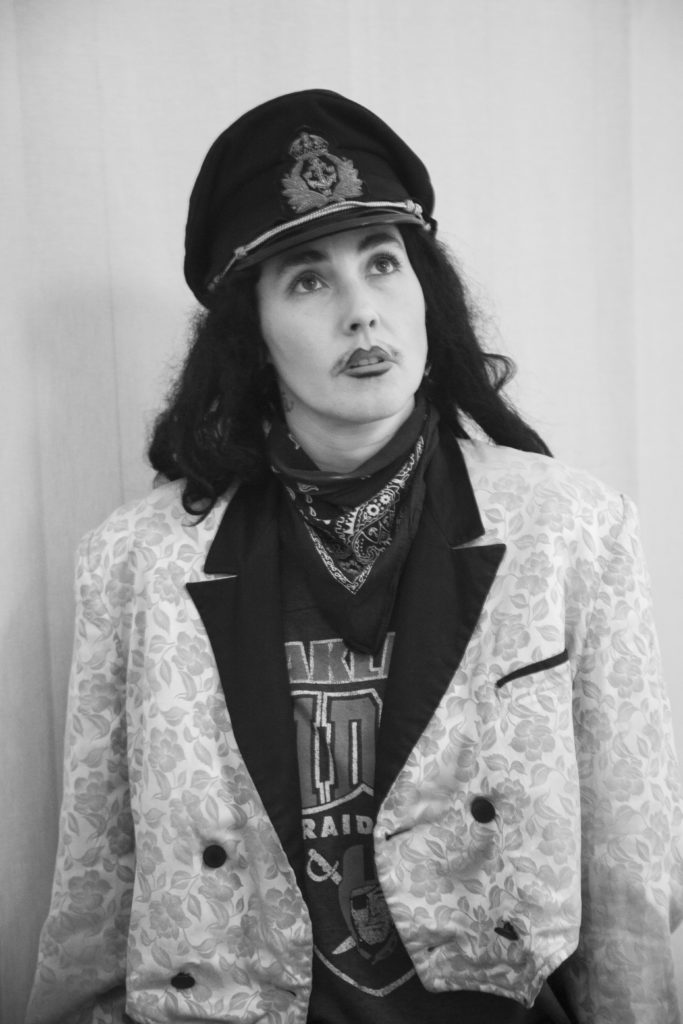 When do you feel like you’ve become you and when did you accept that you?
CocoRosie often felt like a third being. Somehow the unique combination of the two of us created a third being that almost has its own will. A will that we’re sort of in service to and that helps, because we’re so different and that way we have something in common. It’s a mysterious thing.

You often portray the dark side of CocoRosie – do you agree? And if so, what fascinates you about the dark?
It’s true. On one hand I’m interested in transformation and taking the approach of really facing things. Not to stay there, but to transform them automately. That’s generally been my approach.

The way you choose to express and use costumes is very different to the superficial creation of beauty that’s hanging around on posters..
It’s I guess a reflection of our own affinities, of what we find beautiful. I mean the two of us have really different taste, again eventually there’s that third being. But we seem to be forever dedicated to our own adolescence, we bring back our old style every certain amount of years. I feel like we’re always on a different cycle than fashion. Or well I mean fashion always goes back 20 years.. but it has a certain cycle. And I feel like we do the same thing within our own world and a different timetable. I guess we can’t get away from ourselves. 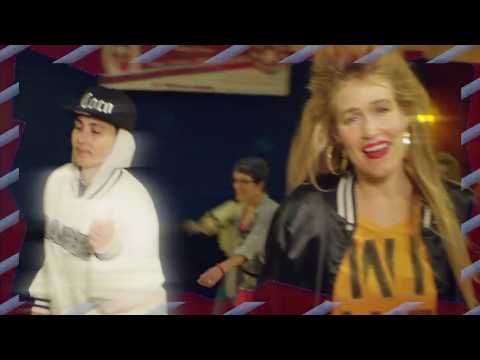 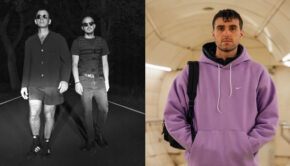 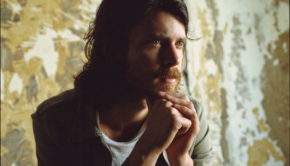