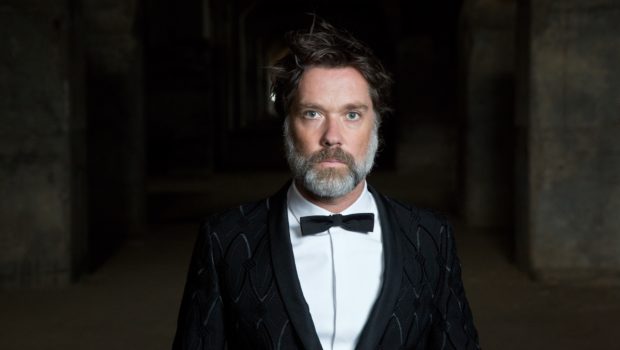 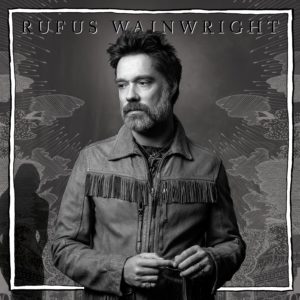 Recently you went on tour to play the material from your first two albums. Why did you feel it was time to go back to that part of your musical past, after the sonnets?
I‘m one to be very aware of the signs around me and in what directions they are pointing me to. I wanted and I did the 20th anniversary tour, and then also three or four years ago my husband and I decided to move to L.A., mainly to be closer to our daughter Viva. She lives there with her mom.

On Poses you sing about California. A few years later you‘ve declared you‘re tired of America. Now you went back to the West Coast in times that are difficult. How do you deal with the political situation in the US right now?
I will never be able to leave America as long as my daughter is under the age of 18. Her mother…we‘ve talked about it and it looks like Viva will stay in the United States, so I‘ve got no choice in the matter. That being said, I do think that being in the United States right now is incredibly important. If I had gone into exile somewhere in Europe or South America, I probably would have returned now anyway. This is the moment where things have to change or we‘re fucked. Even though I despise Trump, and I really do in a lot of ways, I am also thankful to him for really showing America to America. There‘s no longer a sort of border covering top on this bottle anymore, you can really see the contents which are pretty frightening. But there are also glimmers of hope in that. It‘s very important to be in the US right now to try to be part of the solution as opposed to part of world destruction (laughs).

You‘re certainly not out of place as a half-American and half-Canadian. You‘ve already lived in L.A. too, that makes it easier.
There was this strange homecoming feeling that really enveloped me in terms of getting back to Hollywood. It had been the city that had embraced me initially. Coupled with that Jörn (Weisbrodt, his German husband) was very involved with Joni Mitchell and celebrating her birthday anniversary, he put on the show and was very involved with her. We got a place in Laurel Canyon that‘s haunted by the ghosts of Joni‘s past. I also met Mitchell Froom to produce the record and he had just worked with Randy Newman on a lot of his records. All of these arrows were starting to say that this is your return to the traditional Los Angeles exercise of going into a beautiful studio with seasoned musicians and putting down classic tracks. As opposed to expressing the frustration of the day or the excitement of the future, it was about something that will be hopefully eternal. I went in with that idea to make the record. 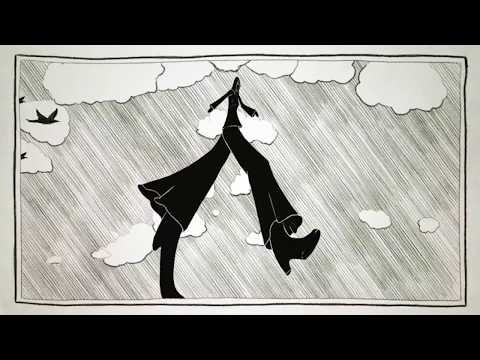 In the track-by-track notes to this album you revealing that you haven‘t been much of a fan of Joni Mitchell for a long time. How do you explain the distance?
It was very much due to my surroundings. I grew up in a serious folkocracy between my mother and my father. There were a lot of rules and regulations in terms of what was sanctioned and what was forbidden. Joni Mitchell was pretty much forbidden in the sense that she was considered a sellout. The folk world was very masochistic and her beauty and her exoticism was shunned a little bit. She wasn‘t allowed to be played in the house. It was my mother who was the main obstacle, she was very conservative when it came to folk music. It had to be Pete Seeger or recordings from the turn of the century or The Carter Family or Bill Monroe. My mother was a real purist and Joni Mitchell is not a purist. I also think my mother was bit jealous of her success. My mother would have enjoyed the life Joni Mitchell ended up getting to have. It wasn‘t really brought up and then finally my husband became a big fan. He never heard of her in Germany, she wasn‘t big in middle-class German life. Jörn is a Joni Mitchell fanatic now.

You, on the other hand…
I‘m still a little bit…I still honour my mother…her legacy, you know (laughs)…so I don‘t get too into Joni‘s work. I do love her music and the singing which is so wonderful. What I really like about her from my perspective is her personality and the experiences we‘ve had together in person. There‘s one specifically I refer to and I‘ll always cherish. I just gotten off the road, I was exhausted, I was depressed, there had been a lot of fires im Los Angeles, there was this apocalyptic feeling around our world. Then we went to visit her one afternoon and she came out into her garden and suddenly all of my sadness lifted in just two seconds (snaps finger) on seeing her. It was a very spiritual experience.

You are a successful singer, songwriter and composer for more than 20 years now. Still you are not fully satisfied with the state of things, judging by the lyrics in your new song You Ain‘t Big. You seem to regret you‘re not finding an audience in Middle America. Are you missing the feeling of broad recognition, do you want more than you already have?
It‘s very hard to gauge that. I mean, the amount of adulation and admiration that I receive is pretty astounding. It‘s not on a mainstream level, I‘m not hunted down on the street – occasionally I have been, but very rarely. But I know people who are, I hung out a lot with Mark Ronson, I hung out with Florence Welch, I‘ve seen that type of situation and it‘s a total nightmare. In a lot of ways where I am in now is a perfect position to be in, because I can still travel incognito. That being said, within every artist‘s psyche there‘s always a little animal, machine or snake going around in circles that wants the entire world to worship them unequivocally. That‘s just part of the engine that keeps the motor going. Thankfully it hasn‘t taken over the whole vehicle in my case…(laughs)… 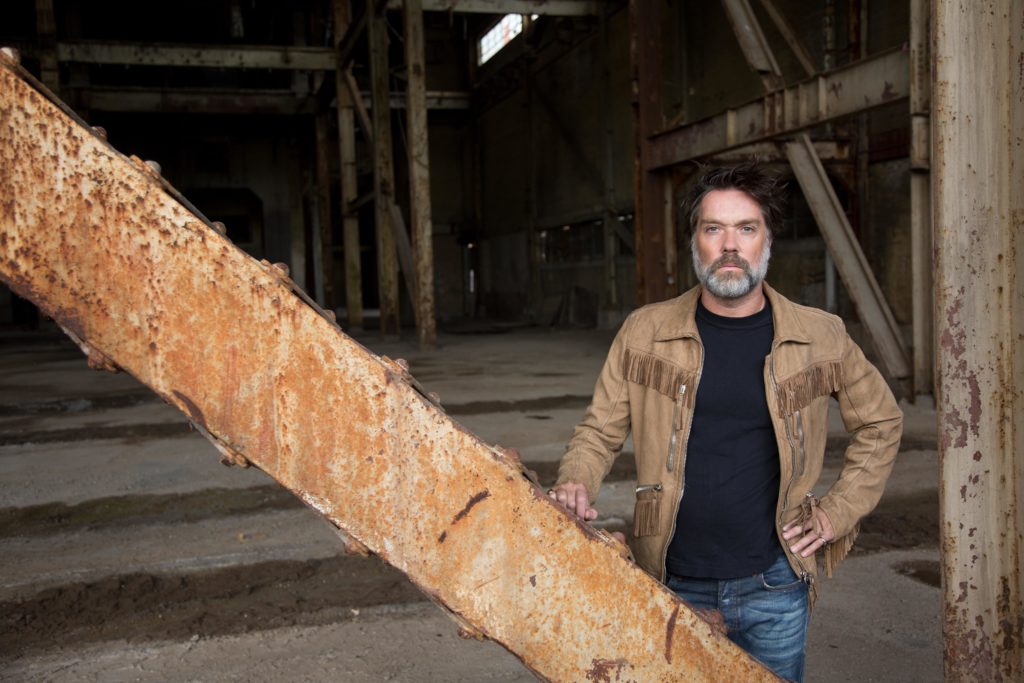 There‘s a song called Early Morning Madness on this album, it‘s about the dark side of life. At the beginning of the millenium you had problems due to drugs. Do you sometimes feel it‘s getting uncomfortable from time to time, that there‘s an urge you have to fight against?
At this moment in my life I don‘t so much get the urge to go back out there and lose myself again. That being said, the fear and anxiety and worry that sometimes attacks me early in the morning is much more painful because I can‘t cover it. It‘s a problem I actually have to deal with, but at the end of the day that‘s what you have to do and you do that, and then it‘s better eventually. In another life I would have drunk or done drugs and not dealt with it, so…I wish sometimes I could just drink again or want to drink again because it would make it easier for that day – but…that‘s not the way it works in life… (laughs)

You made the two Want albums in those difficult unhealthy times. After that you‘ve changed your musical style. Did new artistic challenges give you more focus on how you should live your life?
The Want albums are very much an emblem of my own survival as a human being. Each represents the full picture, one being the male side, one being the female side – I‘m talking about symbolism here, not men and women. The male was the fighting knight who‘s prepared to do battle, survive at all costs and rescue the princess. The female side is the forever mysterious unexplainable witch who you also need to have to get through it. Getting to the other side was tricky. I‘ve had my stumbles here and there, then my mother passed away, which was its own devastating period. I do feel that I love all of my albums, they are my children, they really are. Not everything is even and I don‘t think all of my outlooks were correct in terms of who I was at that point. But now I do have a sense with this album and with the time it‘s taken to make it and with the perspective that I‘ve garnered, that there is a certain truth there that I‘m putting forth about where I am and who I am at this moment. I think people will react well to it. 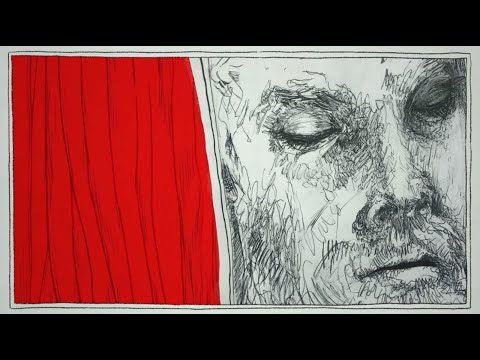 You always had a lot of featured singers working with you on albums, this time your voice is everywhere. Are you more happy with your vocals now?
I think having worked in the opera world for a while I have a different…I have both an appreciation of what I had before and also a new found knowledge of how to continue. On the one hand, yes, unlike opera singers I do believe my voice is much more sturdy than they think it is. This thing about having to protect a voice and worried about of what‘s going to happen to it – I always found that a little over the top. The more you sing, the better you become. But in stopping singing for a while and writing operas and staying out of the touring cycle I have also saved my voice (laughs)…so I take a little bit of the best ingredients.

The first track on the album is called Trouble In Paradise, like a Randy Newman record.
It doesn‘t have anything to do with it, but nonetheless Randy Newman is an incredible influence for me these days, he‘s one of my icons at the moment.

Why‘s that?
I‘m a bit obsessed with the fact that he never writes about his own life. I find that fascinating, it never occured to me. I always thought that every singer-songwriter had to totally write about their own personal experiences. Mitchell Froom explained to me that he‘s sure Randy Newman has never writen a personal song about himself or anyone in his life. I‘m kind of sad that I never thought of doing that. The train has left the station in that respect, I fear. I will always be very personal, but I admire Randy. There‘s songs of his that I‘ve sung recently that get me every time. And it‘s never wrong to learn lessons from a master like him, isn‘t it? 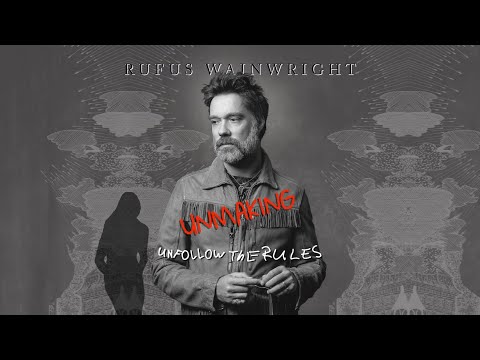 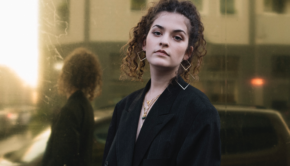 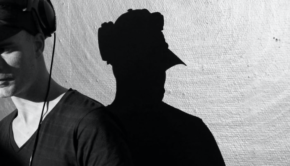 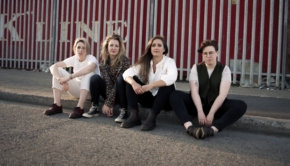 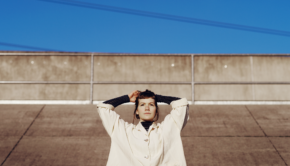