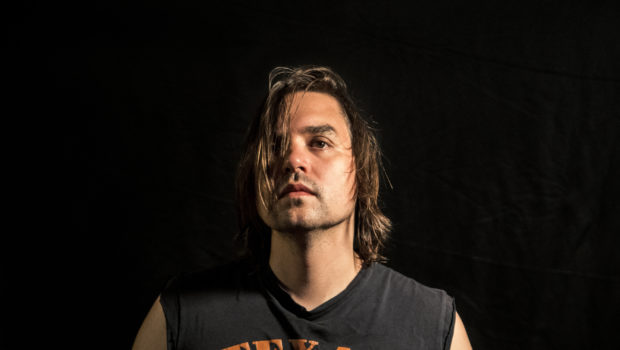 How are you? How have you experienced the pandemic so far?
I’m in Brooklyn and New York is remarkably chipper at the moment. I’m still aware that things might go south and we might have a second great depression, but it doesn’t feel as dire as I feared it would. It’s been a wild six months.

The work on your second solo album Generations has been directly affected. I read that some of the songs were worked out live and some were recorded during lockdown.
I actually finished it right before lockdown. Coincidentally, I raced to finish it mid-March and finished it literally on the day New York closed everything down. We knew it was coming though. 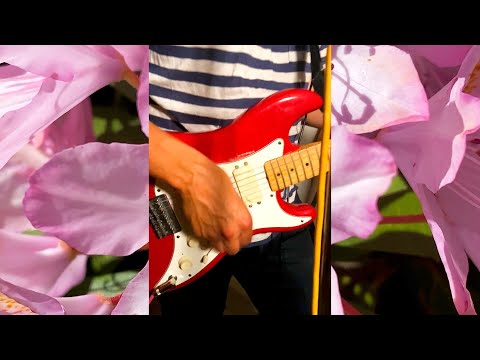 How did you spend the time after then?
I was still mixing the album. Time has no meaning anymore. I’ve been at home; we have young kids here and the online teaching has been intense [laughs]. We have a yard and could go outside. Nearby, there is a beautiful cemetery, so we could go for walks there. We were quite lucky and comfortable. It was strange, it was like being in a hurricane, but it was completely silent.

Talking about being a parent: You said that Generations is about your place in American history. Did having children start your thought process about that? When did you start researching the trail of your family and put it into the greater picture?
For an American family, we have always been quite conscious about our history. My dad’s family has been in New England since the 17th century. They have been on the same three islands in Maine for 250 years. My mum is a harpist, a rock’n’roll pianist and jazz musician, her parents were jazz musicians, my great grandfather was a musician. I think it is very beautiful and pure to be children of musicians, of musicians, of musicians, etc. But America likes to pretend that how you are born doesn’t matter. But it is clearly not a coincidence that I’m in a musical family. It’s also not a coincidence that I own my home instead of renting, it’s not a coincidence that I’ve never been to jail… There are all these other heritages that are poisonous. People have always been unpacking, but in the last decade or so we have started to unpack collectively as a society. This has definitely been part of the way. There is a whole section of America that asks, “Where do we come from, where is this going?”

There are two sides to that, your personal family history linked to music and a more political approach thinking about social status and how your family background influences your position today. The video for your single Surrender sees you discuss the deaths of George Floyd and Breonna Taylor and the Black Lives Matter movement. Did you consider your political engagement and your status as a white artist in the US during your research of your family history?
I never thought that critically about race until I was a grown-up.  I was aware of history; I was a smart person, and I knew about the civil rights movements etc. But for the last 15 years now, Arcade Fire has been working with Partners in Health. They started as a health clinic in Haiti. Their original mission was to believe in a preferential option for the poor, they believed that poor people should have better services. As a doctor, you must see where the disease comes from in order to treat it. And in Haiti it became clear that the reasons people were dying were very much rooted in the history of slavery and the American occupation. In that context it becomes very clear how important history is in people living or dying. That was when I started really thinking about that how long you are going to live highly depends on the last 400 years. I don’t want it to be “the future is written”-pessimist, but to be aware that where we come from and where we are going is literally a matter of life and death. 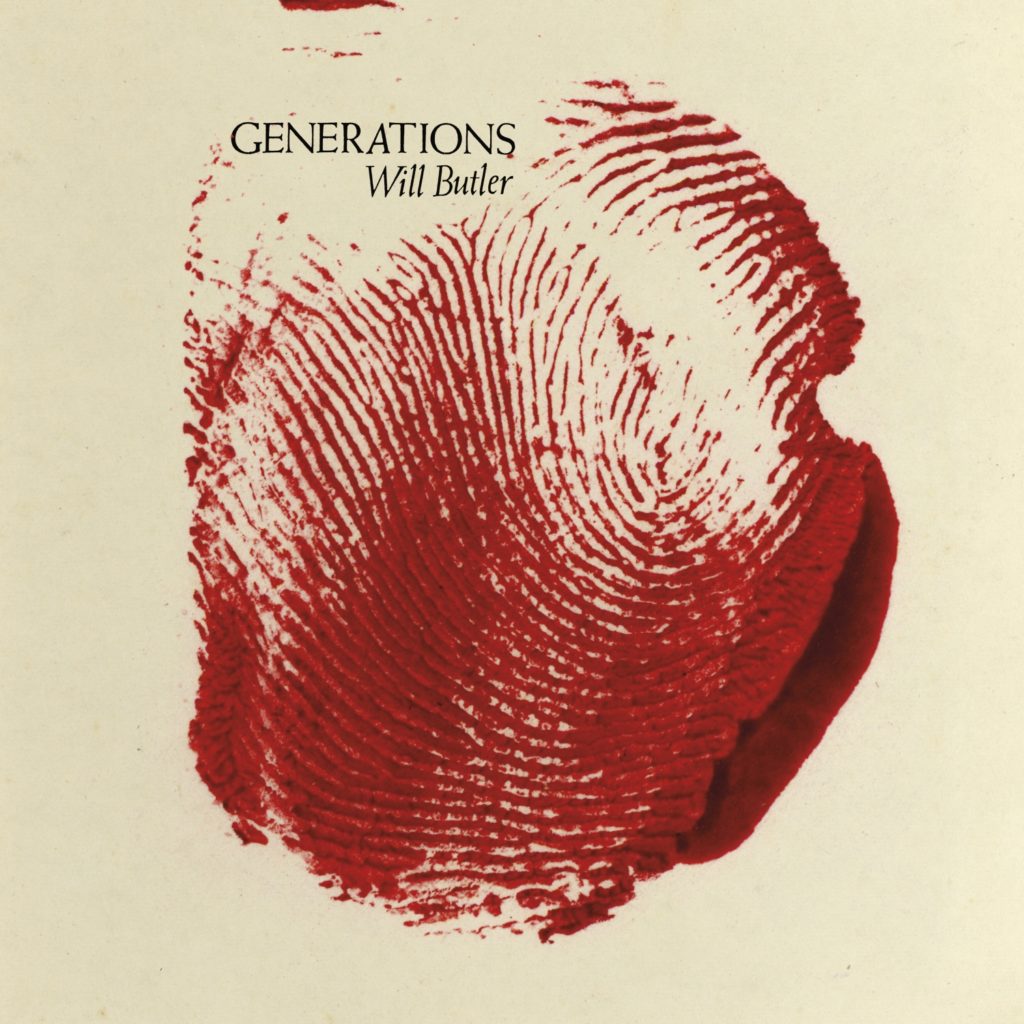 Your album Generations raises many general questions in that respect and gives conversations for answers. Do you think that important questions often don’t have an ultimate answer?
I believe so. I believe that answers – to the extent that we’re talking about problems we can fix in America – are rooted in collective political action. The only way to do that is conversation and compromise and moving forward together. Moving forward individually – at least in America – has always been our thing, but we are realizing that you have to move forward collectively. I think there are some concrete answers to technical questions, but even applying those has to be a discussion.

With your music you not only dive into history but also compare it to literature – with Policy being short stories and Generations being more of a novel. How is that reflected sonically?
Sonically, I care a lot about bass. There is something very powerful and mystical about how the body reacts to bass. There is a dark current of bass through the record that feels like a character. It feels sometimes menacing, sometimes supportive. With the backing vocals, there is always a conversation. Sometimes, I’m conversing with a distorted version of myself and sometimes there is a room full of people. Sometimes I’m right and they are wrong, sometimes I’m right and they are wrong. There are characters that develop. To me, there are some through lines in the piece. I was happy about that because you never know until you make the actual thing.

There are different lines of moods, too. Many songs, like your single Surrender, have a very joyous sound. Still, that’s mixed with parts of desperation and honest critical reflection. Did you plan to include these contrasts or was it a natural progression while you were working on the stories of the record?
I feel the lines when I close my eyes. There is an old Smokey Robinson song called “I Gotta Dance to Keep from Crying” and it’s about a breakup. But still, particularly in the last decade, where it felt like things are spinning of control and you can really get lost in that spin and chaos, that emotion is just naturally present. But you have to take a breath and focus. One thing that has always stuck with me from history is that during the Detroit Riots in 1967, within a couple of weeks and within a 20 minutes’ walk from where the riots started, Marvin Gaye and Tammi Terrell recorded Ain’t Nothing Like the Real Thing, which is one the most pure and joyous songs. There’s space for both transcendence and beauty and a harsh political reality. They just naturally inhabit the same space. 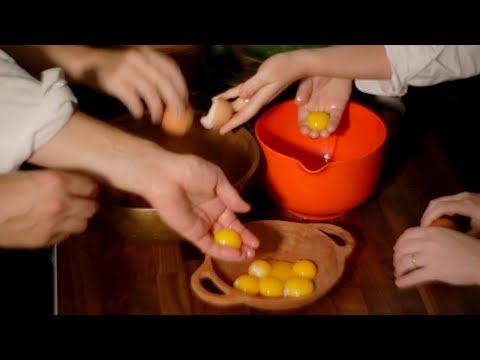 Let’s talk about the recording process: Even though Generations is a solo record, it doesn’t mean you were playing or working solo, you have band members with you.
This is very much a band record. I have this band since I toured Policy. My drummer is Miles Francis and my wife’s sister July Shore plays bass on a lot of things. One of their childhood friends, Sara Dobbs, used to be on Broadway and hated it and quit and I said, “You’re very talented, do you want to be in my band?”. My wife can also sing and so the five of us have played a lot of music together over the last five years. I set up a session in my basement and wanted to record some demos and see how far we could get. After a week of recording we had eight songs that weren’t done, but that were real. After that, I was like, “Oh, we have the base of a record here, we can do this!”. When we play together, there is a real communication between everyone. Probably more than half of the songs were played over the shows last summer before we recorded them to feel some energy from it.

Because of Covid-19 we might have some more months, some think even years, until everything might be back to normal for the event industry and touring. With your solo record out: was the plan to also tour it internationally and how are your plans now for the closer future?
I was really devasted to not tour this fall. I was very much interested to drive around America a month before the presidential election. We were also going to Europe, maybe even Mexico and South America. I’m very sad to not do that. I don’t know when that’s going to be possible. 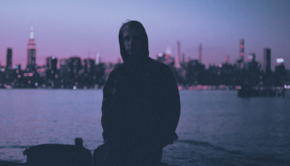 BEACH FOSSILS – The Other Side of Life: Piano Ballads → 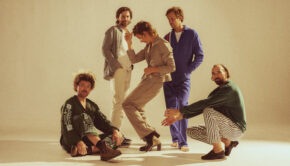 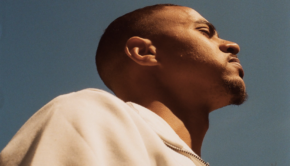 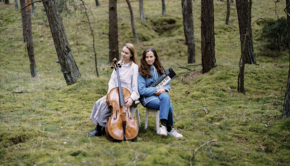