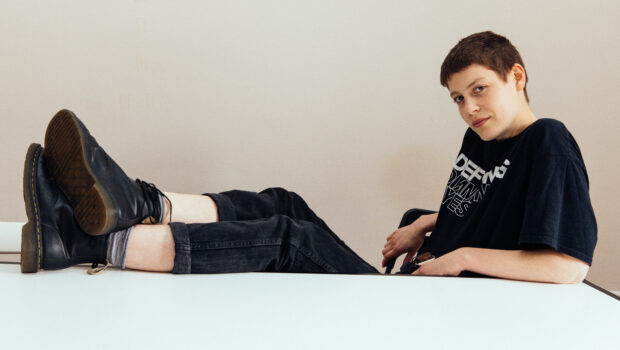 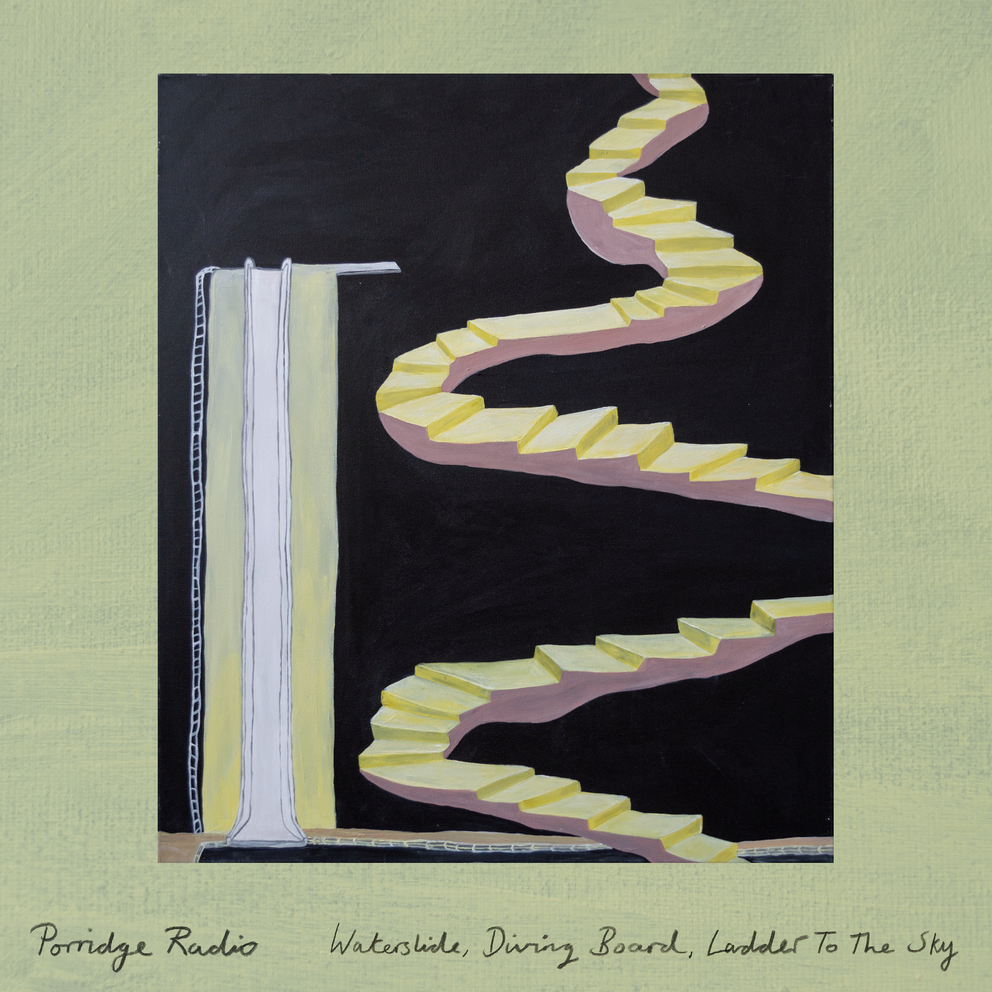 I want to start by asking about contradictions, opposites, and multiplicity. A lot has been written about those things in relation to your music, but I’m really interested in hearing you talk about it. You’ve said that you write songs about feeling everything all at once, and that „With this album, the feelings of joy, fear and endlessness coexist together“. There is this capacity that you have, to exercise angst in a dry, witty, funny way, and you brilliantly express, for example, how someone might feel suffocated or claustrophobic within love. Is the fracturing of the notion that emotions are isolated and categorical a conscious part of your project as a writer, or is it something that you don’t think about in those terms?
At first it wasn’t necessarily a conscious choice, but it is something that I started when I was writing songs. I was starting to understand that concept, that more than one contradictory thought, feeling, idea, can exist at the same time in the same place and that was really a big realisation for me, and I started to think about that when I was writing songs. For a long time that was something that I was doing maybe less purposefully and as time has gone by, I have thought more about song writing as a craft rather than just bashing out a song – I do it with more intent. I want to allow a space for the intensity of my feelings or the intensity of being alive and how confusing it can be.

Do you think that you are guided by the reception of your previous work?
I think when I write I still very much write for myself and think about what I want to write about and how I’m going to do it. It is for my own excitement and fun rather than for anyone else. 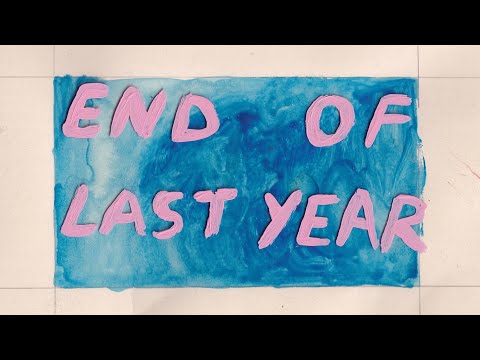 I wonder what your experience of playing or hearing these songs over time is. They are so shape shifty and kind of both specific and non-specific at the same time and I wonder if you’re taken back to a time or place that you wrote them, or whether that kind of sublimates away with the repetition.
Playing live is a performance of a feeling and so as much as it is incredibly intense and there is a huge chemistry on stage, it is still a performance, and I can create a boundary between myself and the song. A song starts out as having a particular meaning but over time that meaning changes and morphs into other things and I think in the same way, for me, a song is written about a moment, but once it is shared it can take on meaning to anyone else and it does the same for me. Over time they take on different meanings as I get further and further away from the moment the song was written. But sometimes I do go straight back to that moment, it really depends. 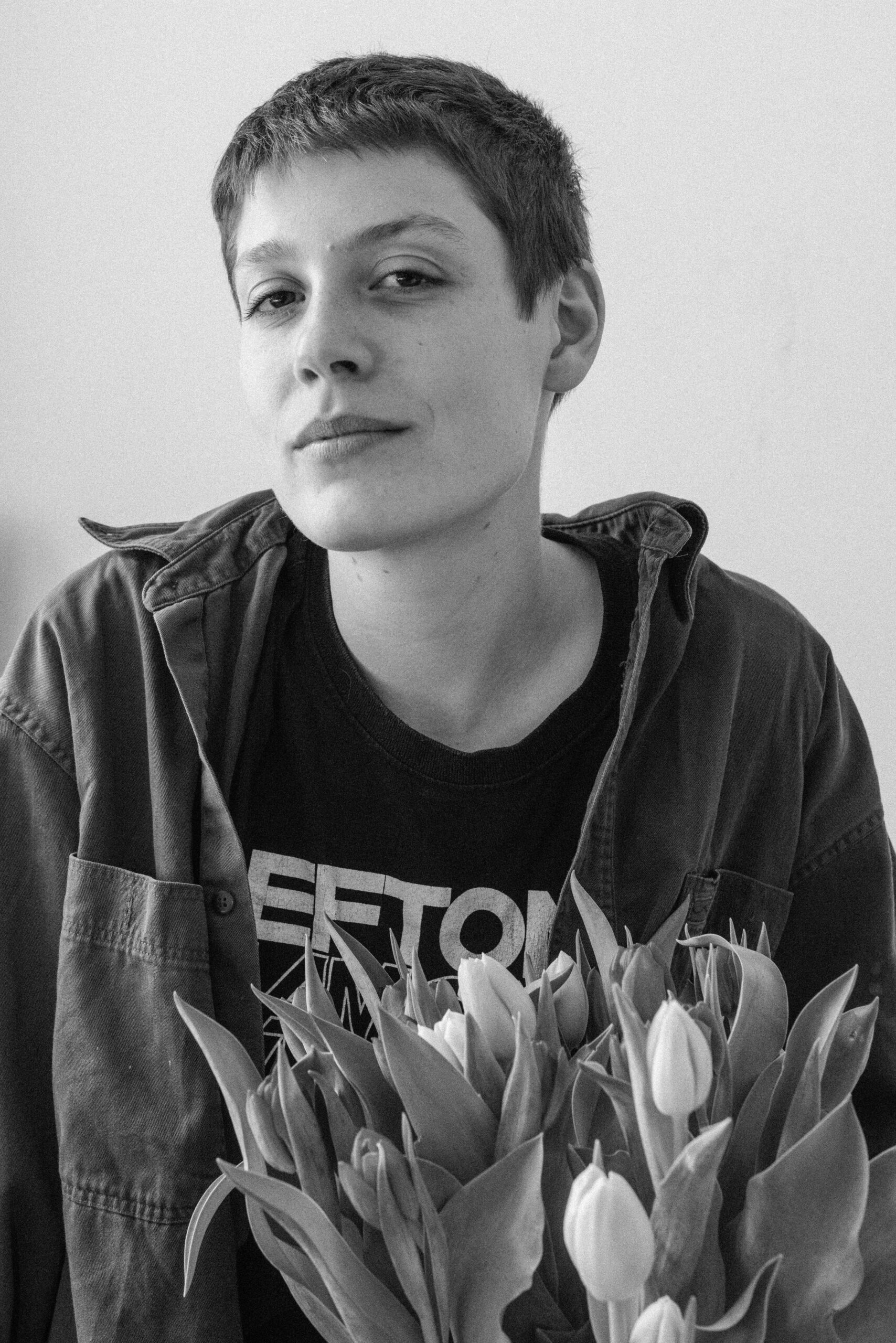 This album is in part about you reconciling with the image of yourself as a successful indie artist, and you’ve said that you wanted everything to be ’stadium-epic‘ – like Coldplay. I suppose the trajectory of Porridge Radio as a band has been hugely coloured by the events of the past few years and many people, including me, grew to know and love Every Bad in a private setting – through headphones or alone at home. But there is something anthem like and communal about the music, which feels perhaps more intentional on Waterslide, Diving Board, Ladder to The Sky: I saw you at End of the Road and cried multiple times. What do you think the relationship is between uttering something aloud and purging it is? I think of confession in the catholic church, or chakras and mantras, talking therapy. The experience is even further intensified if there are thousands of people singing the same thing and pulling from their own divergent experiences
That End of the Road gig was fun. It was so hot and sweaty. I think once you speak something out loud, it allows you to let go of it and accept it. It allows it to be true and to be challenged. When you announce the thing that makes you feel shame, it allows somebody else to understand you and to soften that pain or shame or whatever it is. It is almost religious, and I guess many religions do have a cleansing by speaking aloud. It can be a really hearing moment and I think especially when people are singing together. Communal singing is such a way of connecting with people. The vibrations through your body as you sing, or dance are powerful. Someone told me that when you sing collectively it releases a hormone that doesn’t get released from anything other than communal singing. It is a unique experience that ties people together. When I’m writing a song I never think, “this is a singalong moment”, but I’m enjoying the process of singing it and repeating it a way to absolve myself of it or to try to understand it or process it. I love the fact that there are songs we have that people sing along to. In Jewish tradition there are a lot of songs that are circular canons, and they go round and round and to sing them is incredibly healing and I like that as an idea. 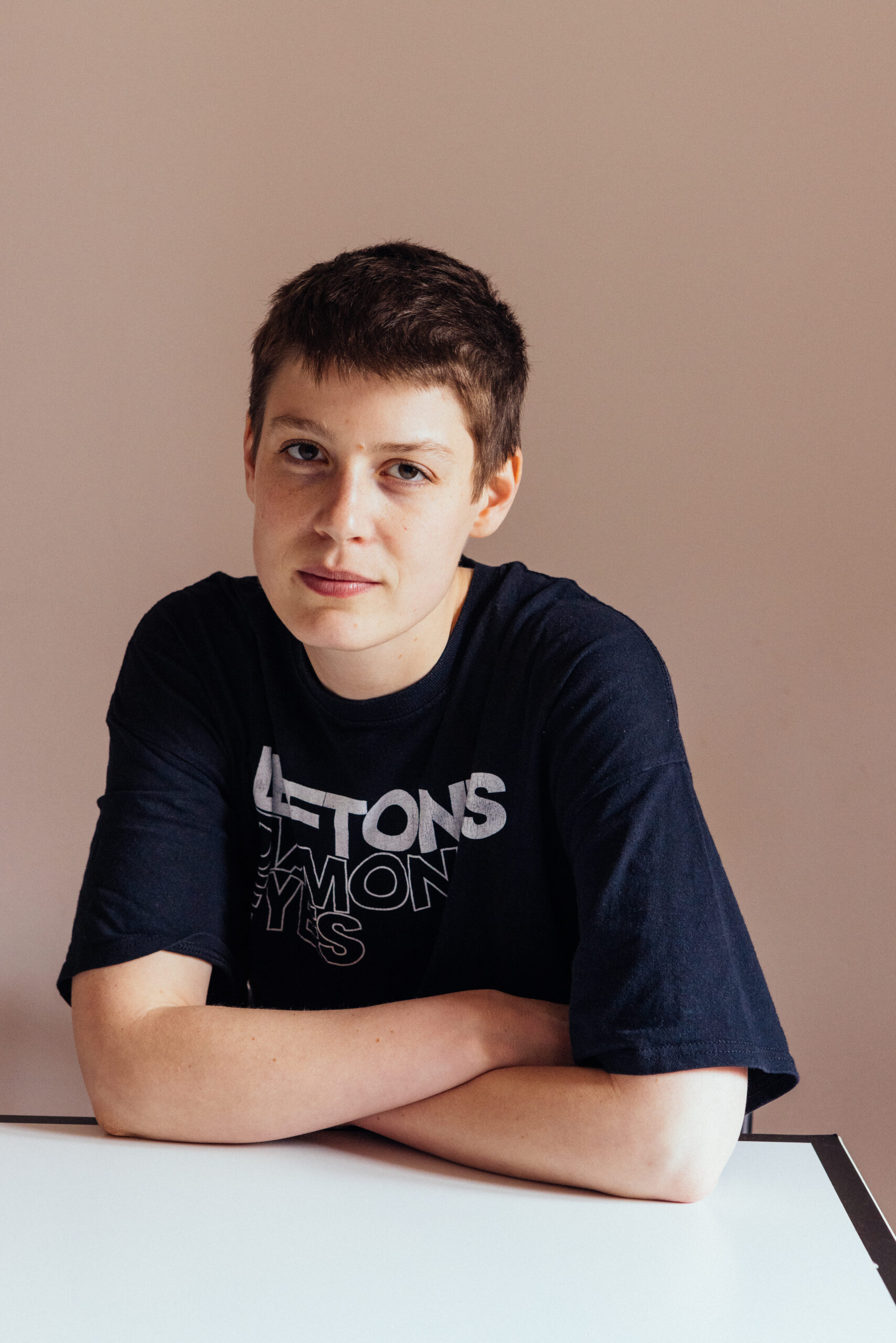 You have studied anthropology and mentioned Eileen Agar, Jacobs Ladder and The Old Testament as influences – how do they make their way into your songs? I’m always interested in non-musical influences for musicians.
I think non-musical influences are a lot more interesting and more important in what I write than the musical influences. During the creative process there are all these things that are seeping in. What I’m looking at and thinking about and reading are all much more inspiring, and seeds of the creative process, than listening to music. Not to say that listening to music isn’t a huge influence, but I think it is interesting when you learn something to try and make it into a song. I always find old texts interesting. When something is thousands of years old, and it contains, and it contains the depth and breadth of human emotion. Nothing is new, and I love that in every story you learn again and again the same things. People grapple with the same things in different versions throughout history and I think that is what really fascinates me because what I’m interested in creatively is understanding how and why people act the way they do. I always come back to my relationships with other people, understanding myself, and looking at stories that replicate the exact same things that im going through and my friends are going through. Whatever it is, it has always happened before, and there is always another way to understand it. Look at The Old Testament – there is so much fear and love and conflict and loyalty. You can read Ecclesiastes and you’ve got your pure existential nihilism. Everything is a repetition of a repetition and I find comfort in that. It is the ultimate inspiration. 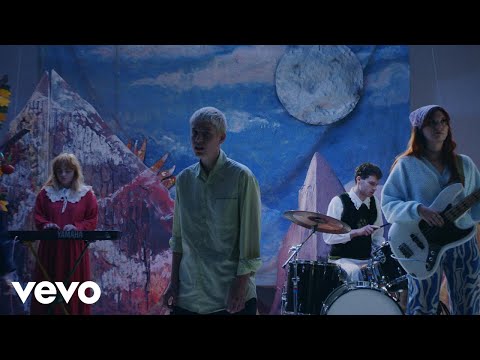 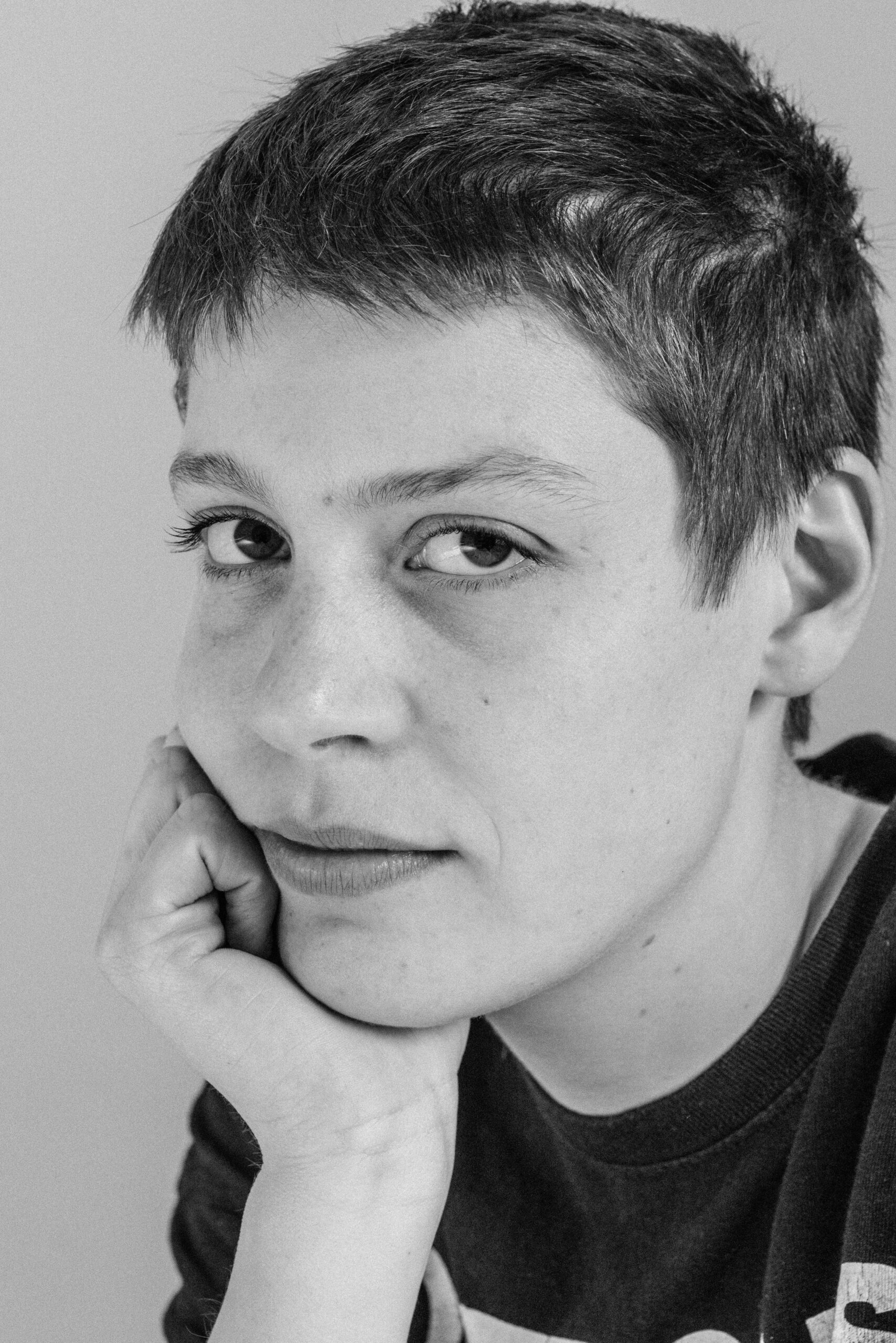 That’s a beautiful way of describing one of the central themes of your songs. The narrator always seems to be experiencing something acute and specific, but you can always map it onto almost any listener’s experience.
I try to leave things open enough that they can be understood by somebody who doesn’t have my own experience. It’s about noticing my own vulnerability and giving it space and sharing it with other people. I don’t go into song writing with a structure, but I do go in thinking I want to share something that is meaningful and scary to me. The starting point is always figuring out how to process a feeling and how to talk about it. Recently I’ve realised that some people find it too much or too intense and that is painful, but my experience of the world is that intense. My emotional landscape is like that often, and all I’m trying to do is not run from it or pretend that it doesn’t exist, but rather notice it, lay it bare, and try to communicate it. What I’ve found from doing that is that a lot of other people can relate to the same thing It is not that unique and that is a good thing because you then feel less alone. All of it is about feeling less alone in the world. The world is a terrifying place.

Are you excited to tour the album? Are you nervous about it?
I’m excited to share the album firstly. I’m incredibly proud of it and I want it to be shared. I’m also nervous about touring because going from spending two years at home to spending a year never at home is going to be difficult and it is a big leap from one to the other. There is room for excitement and nervousness. 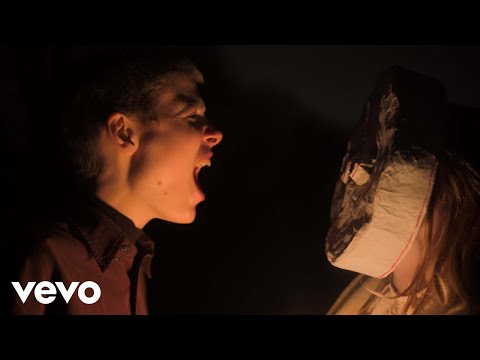 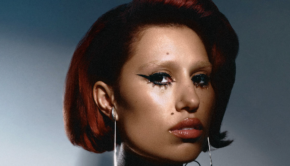 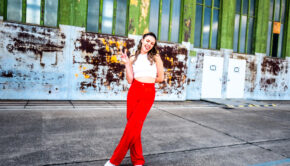 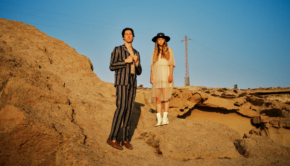 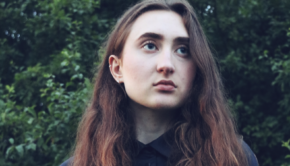