2.) Questionnaire:
– When did you start making music? What was your impulse?
The band has been existing for more than two years now. Before that, Guillaume and Gab played in some other bands, but as for me or Julien, playing in a band is a brand new experience. We both always have somehow been doing music, but we got out of our rooms and home-studio only lastly. First thing for pleasure, for the knack of sharing something together.

– How did you meet and how did you become a band?
Before we started the band, I was editing and composing music on my own without any set purpose. Thanks to myspace, for the first time, I had a real feedback on my music that was quite positive and encouraging. I randomly got to know a band from Lille, Roken Is Dodelijk, which at this time was just starting up. It made me want to do the same. I also was proposed a couple of times to play in some small venues in Paris, and playing alone on stage did not really fit me. It had to be a band thing. The singer of Roken is Dodelijk, Jèrôme, suggested me to get in touch with Julien, a good friend of him, a guitarist based in Paris. We got to know each other as we started working on songs. That made two… And then three of us with Guillaume, a Parisian friend of that band from Lille too. Gabriel, a friend of Guillaume joined us later on. We had the chance of getting along very well together from the very beginning, and we plainly became a truly band where everyone was creating, and not only musicians supporting a singer’s project, a kind of format which none of us would have been interested playing in.

– In what situation and how did you come up with the band name?
We took the name N’é as we started but it was my nickname, so we changed it for Baden Baden. We came up with the idea in a restaurant, as we were noting down all the names we could think of on the linen or napkins…. There were city names and Guillaume suggested Baden Baden. We all loved it and we just found reasons for this name much later.

– Did you ever visit the German city Baden Baden?
Never. We just keep imagining it. What interested us was the sonority, more than the town itself or its history. It was like rethinking the very first meaning of a word and giving it a new one. We often are asked if there is any reference to De Gaulle for instance, or to the events of 1968. But we absolutely never thought about that. A true story is that my father actually lived there as he was a kid, right after the war, so this name did mean something for me. My father talks about those times passionately and he remembers nothing of the complex post-war period which no kid would understand, but just magnified memories of his childhood. So, he gave me a nostalgic, dreamlike and childish vision of this town. Visiting it now might even be disappointing…

– What influences do you have?
This can be French songwriters (Les innocents, Souchon), as well as more indie stuff (Girls in Hawai, Death Cab For Cutie, Karkwa). Baden Baden must be a blend of those, but it’s rather more people who tell us what influences our music makes them think of, as for Alain Souchon. We first listened to him because we were told that our songs sometimes could sound alike. And we actually liked his songs.

– How do you normally work on a song?
Generally, I bring the main idea which I compose and edit in my home studio. We work these materials and arrange the song all four together. If a few songs undergo few changes, others mature and become much different from the first draft.

– You’ve just released your first EP „78“ – could you tell us a bit about it? Where was the production taking place, how was it?
All songs are recorded home studio quite precisely. We like to have this precise idea of what the song should sound like at the end. Then, we recorded takes in a real studio for a lot of parts: drums and bass, acoustic instruments such as trumpet and guitar…And then, Frederic Lefranc mixed and did the mastering in his studio.

– Do you already have plans for an album?
Of course we have! We are working on new songs for now and hope to release a first album next year.

– What reasons brought you to first release an ep, instead of directly releasing an album?
We had to gain precious experience with doing a EP first. We know better how things work and should be done, how to reach the sound we want and what things we should avoid doing…We preferred to take it easy on that one before doing a first album which is a more important step.

– „Anyone“ is one of our favorite Songs – can you describe how it came to existence, what it is about and what the story behind it is?
This is actually our most collective piece of work as everyone obviously created the song. There was no first draft from myself on that one. Everyone put his ideas into it and the song makes sense, which is not that easy for a collective work. Somewhat, it took time and doubts to achieve this song from the first arpeggio which Julien found to the actual song. The lyrics talk about the fear of not existing, of being insignificant to others, the fear of being forgotten, the plain fear of not being loved.

– Which newcomer band/artist from france would you advise us to look up?
Roken is dodelijk…They are friends but they really play good music.

– You’re singing in both english and french – what are the reasons for that?
There is no more reason to this than to only sing in English or only in our mother tongue. Those are two different feelings, two different ways of playing with the sounds of words. And we don’t wanna choose either one.

– Are there and if what are the differences for you, when you’re writing songs in english?
The sound of words is far more important in English, it rolls off easily and pleasantly. The meaning is still important, but since it is not our native language, lyrics just express basic ideas and images. Our lyrics in French have dual meanings, we make puns, wordplay…

– How do you see the possibilities for new bands to survive in the french music scene?
That is a tough one… We don’t wonder if we can survive or not. If we die, that would be a nice death though! For sure it’s still survival of the fittest and we think that bands have to build a very strong and unique universe around their music. And above all, live is more important than ever…

– What are your three all time favorite albums?
ok computer / radiohead
portishead / Live in Portland
girls in hawaii / Plan Your Escape

– What are your three favorite albums of 2010?
arcade fire / the suburbs
syd matters / hi-life
Sufjan Steevens / Age of the Adz

– What would you do if you weren’t in a band?
I would be a producer (but that’s still music, isn’t it?)

– What are you doing when you are not making music?
We make jokes… We all have a job too. We don’t earn a living from playing music yet.

– What was your best personal experience in 2010 up to now?
Listening to „Sweeping Willow“ from Sébastien Schuller and crying.

– What are your plans for 2011?
Doing a great album that we will be proud of.

– How would your „Bedroomdisco“ look like?
A bedroom with only music instruments all over the place instead of furniture and bed.

– What song would fit to your situation/mood at the moment?
Arcade Fire – Ready to start

– What song makes you dance independent of the situation?
Phoenix – Fences

– Who did fill out the questionnaire?
Eric Javelle 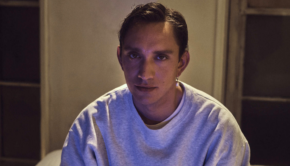 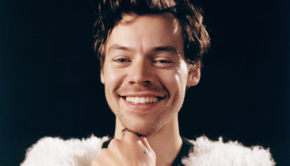 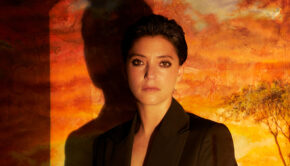 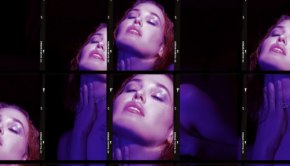