OH NO OH MY – Interview 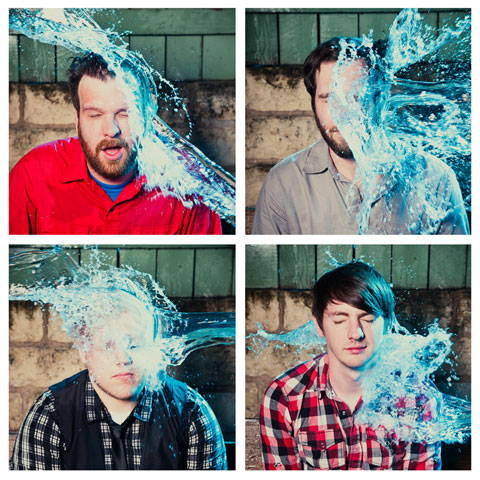 – How did you start making music – had you been forced to play an instrument somehow or was it in your own interest?
G: My parents bought me piano lessons when I was around 14, I took them for a year or so and really hated them. My brothers and friends all played guitars and started forming bands, none of which wanted a classically trained pianist. So I convinced my parents to get me a bass. My interest for the piano came back a couple of years later and I really regret stopping my lessons when I did. I wish I could remember the classical pieces I learned.

T: Started with piano lessons in 1st grade (age 7).  I wanted to play guitar, but my parents wouldn’t buy me one until i finished 4 years of piano.  Im sure glad they made me learn piano.

D: Started playing drums when I was 13 or so…and just kept picking up new instruments. Definitely wasn’t forced at all, but my parents were very supportive once I took in interest in learning any instrument I could think of.

– How does someone become a multi-instrumentalist?
G: I used to write songs on my 4 track tape recorder and felt limited with only a piano and bass so I would learned different instruments to make the arrangements more full and interesting.

T: Lots and lots of practice.

– Do you remember the first song you’ve ever written? What was it about and do you remember a line of it?
T: Something about animals in the zoo getting sick.  Pretty strange stuff.

D: Some sort of christmas song about a guy named Joe…I made up my own words to fit the rhyme scheme.

– How did you meet and how did you decide to make music together?
D: Greg, Joel, and myself met a church about 13 years ago or something like that. We’ve been making music together in one form or another for the past 9 or 10 years. We met Tim through our manager, as we needed someone to play a whole bunch of different parts in a live situation…and he’s been a part of the band ever since.

– In which situation did you came up with the name „Oh No Oh My“, why did you choose it and what meaning has it for you?
D: We’ve never been very good at coming up with names for things…so I took the idea from Radiohead of finding a song title by another band and using that as a band name. I had a long list of names, and Oh No Oh My by The Robot Ate Me was on it, and was the only one that we could agree on at the time. So we settled on that until we came up with something better…it just so happened that people finally took notice of our band before we had a chance to rename it.

– First of all the band was named „The Jolly Rogers“ – why did you then change it?
D: We didn’t want to be grouped in with the whole pirate cliche thing…and there was also another band in Austin playing pirate punk rock that people kept mistaking us for.

– You’re all multi-instrumentalists – would you say that this makes making music easier or harder as you may try too much?
D: Both. It means there are a lot of opinions to balance. But that also means a whole bunch of different ideas to choose from.

– We read somewhere that you see „People Problems“ as kind of your first record – how come after 2 EPs and one full-length record?
D: Well our first record and first EP were never recorded with the intention as being released as such…they were essentially demos to give to venues so they would let us play a show. Our last EP we put together rather quickly (2 months). So „People Problems“ is the first collection of songs we’ve ever had that we knew from the beginning would be intentionally released as a full length record. It’s a more cohesive unit.

– How was the production process of „People Problems“, how long did it take, where did it happen?
D: The first couple of songs that were completed for the album were written in early 2009 (although some songs were started in 2007). We then finally met with Jeff Byrd in Austin and decided to record as much as possible to 2″ analog tape at Public Hi-Fi studios (in Austin). We did 3 or 4 three day sessions spaced out between August 2009-January 2010 at PHF, and did a good deal of additional recording at my own studio (the Sugarcube) amongst all that, too. We met with Brian Cassidy who did the string arrangements, and finished the last half of the album with Brad Bell. We then mixed in April, and had mastered album in July 2010.

– Then you also mentioned in the promo-paper to your new CD the change to Oh No Oh My writing now more songs about being sad – why is this so?
D: It’s not about being „sad“ specifically. The songs are just a little more true to life and our own individual experiences over the past several years.

– It also took you a long time (3 years) to produce the record – what were the reasons for this, what happened since the last record?
D: We spend a long time writing songs, and aligning our own personal schedules with that of an outside engineer, a studio, and a whole lot of other people makes things move a little bit slower. Once we started recording the actual music though, it was only about 11 months start to finish. And of that we only spent about 15 days in an actual studio recording. It’s complicated.

– „You Were Right“ is one of our favorite songs – can you tell us what it is about, how it was done and if there is a story behind it?
G: I was feeling very self-conscious in 2008 and full of self doubt. I was seeing a lot of my friends becoming very successful in their respective careers and I had a lot of anxiety. You Were Right is from that time and it is about feeling left behind.

– You will be on tour in Germany soon – what are you most looking forward to?
T: Really great beer.

– What was the best dish you ever ate in Germany?
D: I don’t think we have as of yet had an authentic German meal whilst actually in Germany. So the best is yet to come, which we are looking forward to.

D: I listen to a lot of music. I also try and inspire my roommate to kick start his rap career.

G: I’m a a really big film fanatic, and I love reading books. I like to hang out at cafes with my girlfriend and drink tons of coffee.

– What did you learn in 2010?
D: That it’s possible for me to listen to the same album for over a year and not get sick of it.

– Your top 3 records of 2010? Why?
D: MGMT- Congratulations: Probably the most creative/inventive record I’ve heard in a really long time. They’re not trying to be like anyone else…they’re just writing really really really great songs that are completely their own.

R Kelly – Love Letter: He inspires me to be a better vocalist…and his lyrics instantly put a smile on my face.

Spiritualized – Ladies and Gentlemen We Are Floating In Space: I really listened almost exclusively to just this one album. It just clicked for me.

G: Caribou – Swim: I absolutely love Caribou. I love the mix of electronic and organic sounds. I saw them at Emos in Austin this year and it was my favorite concert of 2010.

Tame Impala – Innerspeaker: This record makes me want to jam with my friends in a garage.

Beach House – Teen Dream: What a great album, song after song is great. Walk In The Park is probably my favorite.

D: As a band…to keep touring and then hopefully go record another album this summer, and have a new album out early next year.

– Which song would fit to your actual situation?
T: You Can’t Always Get What You Want – Rolling Stones

D: Won’t Get To Heaven (The State I’m In) – Spiritualized

– Which song makes you dance independent of your situation?
T: Thriller- Michael Jackson

– How would your „Bedroomdisco“ look like?
T: No lights- glow in the dark stars on the ceiling. A bed shaped like a heart that rotates/spins.. Mirror balls too, of course.

– Who did fill out this questionnaire?
Daniel, Tim, and Greg. 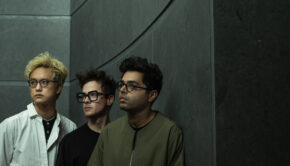 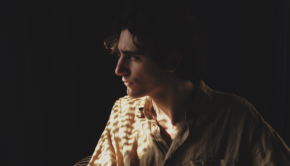 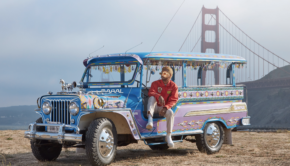