Your debut as Whitney is now out for about one year – what did you do in the meantime?

What we doing in the meantime is touring. I don’t think we had more than a week off in the last year. So we are working really hard and we still feel good about the record.
When we wrote the songs we didn’t know what we are doing. But we are only making stuff that we care about.

I read that the band project Whitney evolved from some bad experiences in both of your lives – could you describe how the songs come into life?

We didn’t feel very good about our lives. There was the end of one band, that we thought was a very secure thing. We thought that we gonna play in that band for a long time. That band basically imploded and than we just write songs without any certain plan. Now we just writing songs we want to listen to 24/7. And we think people like it, we are happy about it.

While writing you were creating a character, which always filled the spots you were unsure, which is called Whitney – how would you describe that character, how did it help to add him to the writing process?

We don’t really talk about that aspect, not to be rude – it is a little to deep for us.

Playing drums and singing at the same time seems very complicated to me. How do you make that work especially in your life-perfomance? Is it a special noise-canceling microphone you have to use?

Yeah, we had to chose the mics pretty well but that’s not a major thought in my mind at all. I always played drums and it wasn’t that hard combine the two. It is still a process to learn how to do it successfully. But it’s fun, it’s something that I like to do.

The sound of ‚Light Upon The Lake‘ is very unique and sounds very oldschoolish, there are a lot of references you can hear out – what were your influences and what was your aim sound wise before production?

We wanted it to sound very organically but neither of us had a special idea like „yeah, we are gonna make that sound like country rock“. We were messing around with a tape machine,

not even to make a album. And after that we randomly made a song which sounded very funny and really cool to us. I guess at that point we thougt we can do more songs that sounds like that. By the time we made Golden Days we realize we can do a whole album of this and potentially when we excecute very well, people could like it. Even by the time we finished the record we thought that everyone will write it off like the weirdest sounding music.

But I think there are many people who like it very much!

Yeah, it’s still crazy for me to see thousands of people singing along to ‚No Women‘ or ‚Golden Days‘ and we still don’t think we are the shit. We are still amazed, every show that we do. And now after touring so long we are very excited to go home and work on new stuff, be surprised by us again. When you are playing a million shows you not surprising yourself, we just getting tired of it. Making a good song is another sort of getting high. When you are playing a good show you only feel good for like 20 minutes and then you get really drunk and forget it. Writing a good song is completely different. It’s something you truly care about.

Tags: Light Upon The Lake, Whitney 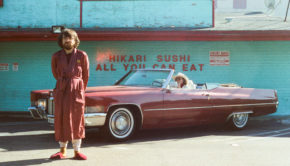 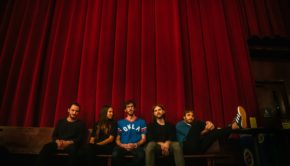 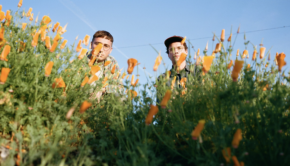 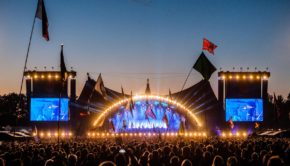