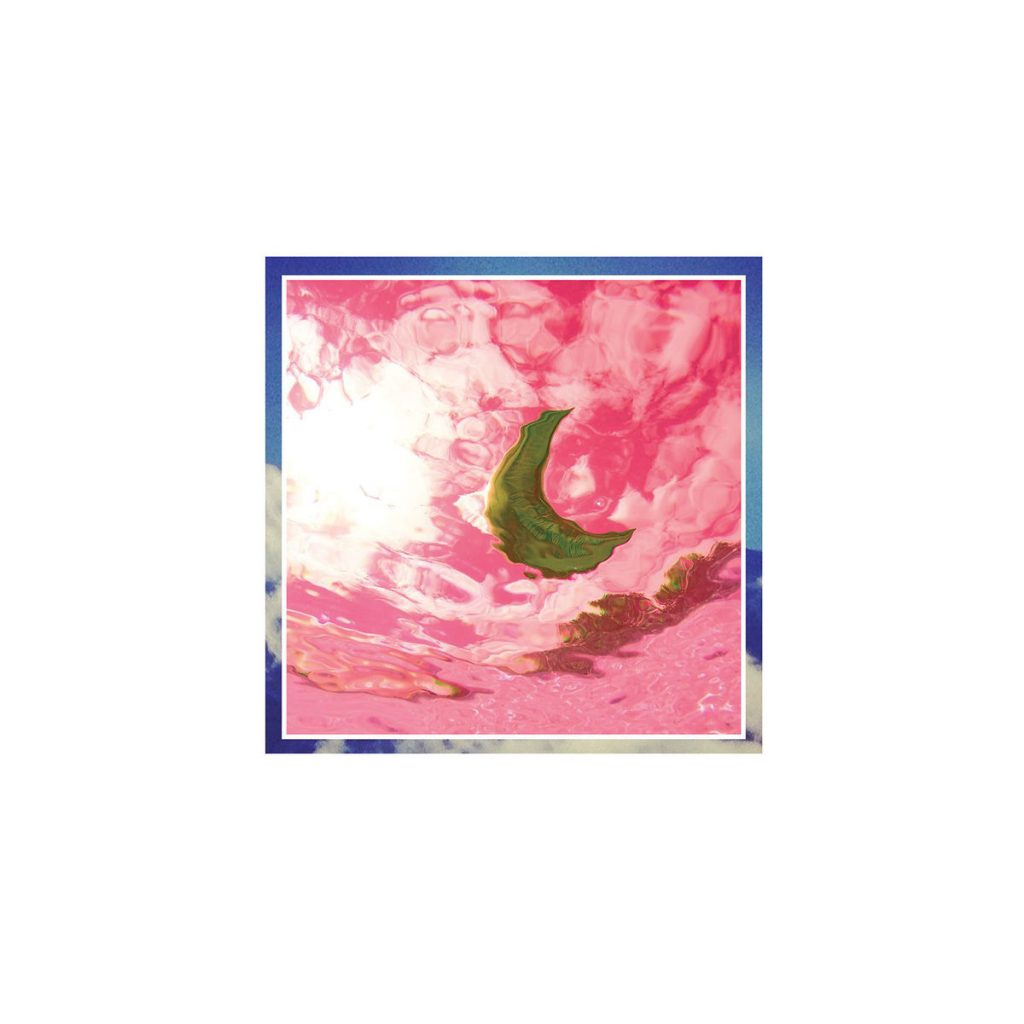 Your new album Marble Skies is out with Because Music on the 26th of January early next year, following the releases of Django Django in 2012 and Born under Saturn in 2015. How do you think your sound has changed since Django Django was born in 2008?
Vinny: We do a lot of the same processes, we might even still have the same old computer. I think we can now write songs that can stay up by themselves more, we’ve become better there. When we tried to play a lot of the tracks of the first album, we struggled to make them stand up. That’s a tricky question though. We’re all still into the same music, that we were into back then.

Inspiration wise you mean?
Vinny: Yeah, Tom and Dave are still into dancehall dub for example. I suppose we’ve gathered more equipment and we’ve learned a lot on the production side. The second album we recorded in this big studio, so there were lots of useful things to learn there. Where we didn’t really know what we were doing before. So on the production side of things we’ve all gotten better and we’re all chipping in and it used to be just Dave controlling the computer. That can also have downsides, where nobody is quite sure what the most current file is, when there’s like 50 versions. So we actually created a file naming system. But essentially speaking, I think we’re exactly the same we were seven years ago. I suppose we’ve tried to go into different areas and on this album we’ve got a few guest vocalists.

I really struggle putting music into genres, but then I read your music being described as „psychedelic art pop“. Can you agree with that? Or how else would you describe it?
Vinny: I’m always completely confused about this genre of art pop, it just doesn’t make any sense. It just doesn’t reference what it sounds like. Psychedelic is something we all love and grew up with. 60s records and bands like Cream and The Birds and The Beatles. I guess we all like transporting and escaping from our own immediate lives, so if you try to do that it can have a psychedelic side to it. We think of every track as an individual world, as it’s own entity and microcosm of sound and production techniques. It’s all so much done on the track to track basis and then we try to bind it all together and hope that it’ll sound like us. Which sometimes creates total collisions like Tic Tac Toe for example.

You’ve been working on all production parts of the album together as a team. From writing the songs, to the melodies and the fine tuning. What is your process? Are you starting with a vision of the finished piece or are you taking it as it comes?
Vinny: It just kind of comes together. We had around 20 tracks by the end of the process. Some tracks are working quickly the way they’re brought to you. They stand up the moment they’re written. Others need more experimentation and you go through all these rerecords and versions of the same track.

I read Dave saying somewhere, that he felt like the last record was too blown up and you found back to yourselves again with this one. Do you share that feeling with him? And if so, what was the reason? Was there too much pressure on the last record?
Vinny: It was definitely too long. And we’ve listened to a lot of other people, like siblings or friends, who told us to keep tracks in. But if you do that, all the tracks stay in. So we had to pull it back a lot and do what really we felt was right here with this one and go back to basics a bit. Certainly from the first album there was a sense of pressure too. It exceeded out expectations by a long way and by the end we felt like we actually had to come up with something really good. When we wrote the first one we were in a different place. We were single and going out to club nights most nights of the week and it was quite a hectic life we led. It was really good fun, but with the second one we slowed down on that front a lot and it was darker and heavier on the beats. Everything was quite euphoric on the first one and there was more light and shade on the second. You have to make those calls and go through these processes, even if it’s not exactly ending in the place you wanted it to be.

It would definitely be easier to compare Marble Skies to the first album; it doesn’t have the rave grooves that were part of Born under Saturn. In your PR-Text you talked about gaining back more control. Is what we hear the outcome of that?
Vinny: We went through this recording studio on the second album, which was brilliant but it wasn’t our equipment. So you don’t know the ins and outs of everything you’ve got. We would lose a day going through the drum machines, whereas on the first one we would’ve just picked up a glass and a pen and got the tone that way. In that perfect setup the livelihood and fun and experimenting can get lost. This time around we were able to get back to that essence a lot and find ourselves again.

The undertone of Marble Skies is about the power of now, if I understood correctly. About finding an inner piece with ones spot in the world. How did you approach this lyrically and is there a track on the album, that sums this up the best?
Vinny: Sundials touches upon that, living in the here and now. Time seems to be a recurring theme. Maybe it’s because we’re getting older. When we do a certain album at a certain time, we get these little repetitions of the same idea thematically throughout the tracks. A lot of it starts with the melody and we’re putting down some lyrics. Then someone else adds something, without really thinking about the meaning, but probably subconsciously it makes sense. Then we’ll sing it in and send it to the whole band and that’s pretty much when the lyrics get stuck. So you can’t think about the song without these lyrics any more at that point. And you can start to see, what the track is saying. And then we reverse, we clear out all the other lyrics and then rewrite it back to that theme. It’s a pretty weird way to do it probably.

Tic Tac Toe came out announcing new material of the Djangos and a new album waiting in the wing. The video was directed by your drummer Dave’s brother John Maclean and shows yourself taking a trip down to Hastings. After about four minutes of watching one realizes, that all you were setting out to do, was to get a pint of milk to make a cup of tea. Homage to the British heritage?
Jimmy: It’s basically how we spend our days now, going to shops and buying pints of milk.
Vinny: We very much trust John with the things he does. He’s very successful and has a great brain for doing little weird bits and has this great sense of playfulness. It was pretty amazing watching him and the camera man working together and coming up with their ideas on the spot. It’s all story boarded, but they just do all these twists. Like zooming super quick into my mouth for example. I didn’t really know what was happening on the day of the shoot, because it was all little scenes in different locations.
Jimmy: There were 120 scenes actually and a lot of filming to do in one day. Me, Tommy and Dave basically got to go on fairground rides at nine in the morning and then we weren’t needed until about four in the afternoon. So we were just going around drinking and eating Fish & Chips and Vinny was doing all the work.

What are you listening to at the moment? What’s been most-played on your music lists in 2017?
Vinny: Everyone in the band is still fading a lot into old stuff. That was shelved by Warner in 1968 or something. Margo Guryan is this american songwriter, who refused to go on the road. She had albums that were shelved and then became a songwriter for other people, but all her demos were rereleased not long ago. She’s quite alternative and has a weird take on lyrics, it’s really good. I don’t really know about new stuff. I’ve just got on Spotify three months ago, because we had to make playlists there.