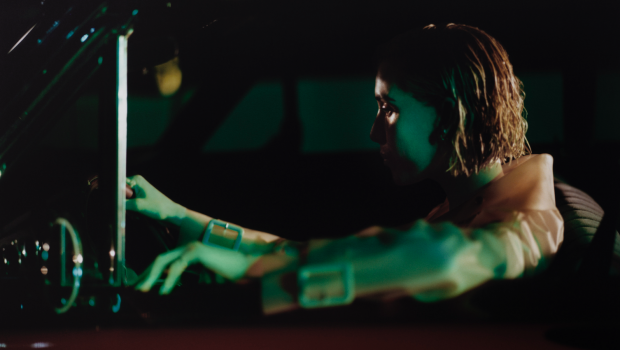 What’s the connection between sadness and sexiness?
I think you hit a certain point in your life as a woman. When you’ve been through some hard shit. You’ve gotta stand up and put some lipstick on and say that it’s gonna be okay. For me, the sexiest women are the ones who have overcome shit and are strong in that way.

What do you receive from music?
Music to me is like god. It really is. I listen to music so much and it touches my soul deeply.

Looking back at it now, I feel like when I heard your music for the first time years ago, was the first time I somewhat dissolved into transcendence. Certainly I’m not the only one, who got guided into different spheres by your voice. I wondered if this is a state that’s familiar to you then?
Oh really, well that is cool! You know, when I hear my music randomly in a bar or something, I just think ‘what is this?’, it sucks. It’s not my music that’s touching me, it’s when I hear music that I love. Nina Simone for example, you just hear her heart unfiltered. Or when I’m writing, when I’m singing, it’s a very spiritual experience.

Some of your songs seem to carry so much. Is sadness a big driving force for you?
It’s been necessary for me to create, when I’ve been through tough times. Music has always given me solace or relieve and if I write what I’m really feeling, it helps me to get the shit out.

When did you decide to let your hip-hop side merge into your music?
I just love hip-hop, it’s basically all I listen to. Everything happens, when it’s supposed to happen. Before that, I was just interested in different things. I moved to LA, which definitely has to do with that. I just wanted to experiment.

When you create, are you thinking about the sort of feedback you might receive from your fans? Who, after you’ve released some music, will inevitably have some sort of expectation?
If I did think about that, it would be really bad for the process. I’m just trying to make something that I like. But I was terrified of people not liking the new sounds. It’s kind of what I expected, that they’d probably not like it and this journey would be over.

You described your previous albums as a trilogy, summarizing a different era of your life. Do you still look back with a sense of identification?
I can identify, yeah. It’s a trilogy, but I haven’t worked on it like that. It happened like that, because I had a contract for three records. Love is different in your 20s. So naturally, turning 30 started a new chapter.

What made you create the video for Deep End in an Instagram story outlet?
I was playing with a sound that felt very temporary. I used a trap drum, which is the opposite of a timeless thing. It’s very of the now. So I also wanted to create a video, that went along with it. We’re here now and everyone is on their phones a lot. Filming each other all the time. I wanted to show us falling in love in real time, through my eyes.

Is it criticism, too?
It’s both. It’s just a comment on the current world.