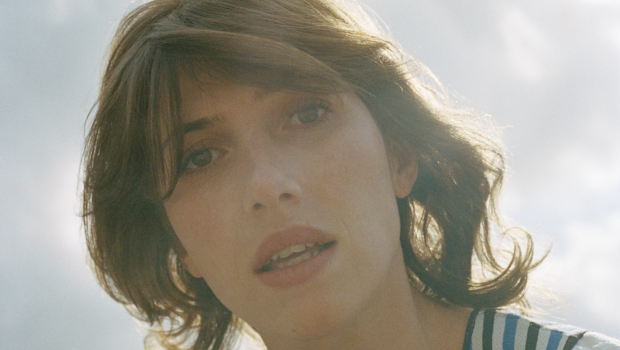 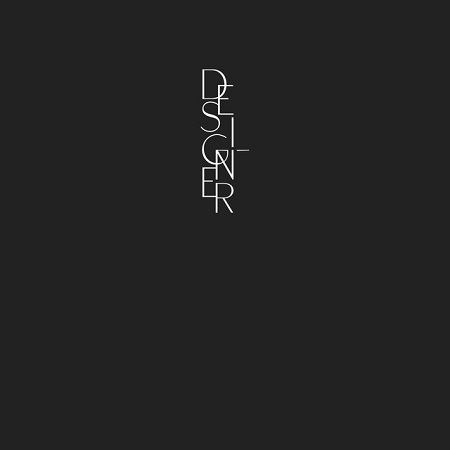 As a daughter of two musicians you have experienced the struggles and also the bright sides of being an artist firsthand throughout your childhood. Have you always wanted to become a musician yourself?
No, I didn’t. I resisted it for a long time. When you’re a child, you don’t understand your parents all the time. I suppose, I saw more of a struggle. I just wanted something different and I think many children feel that. But I’m very much aware of what my parents subconsciously gave me.

I think, most people have a time when they want to be different from their parents and then they realize that they’re not so different at all.
Yes, I will say things to my mum and she will go, “Oh, please! I was there.” They are both proud, but they also know what it can do to people, if you’re not careful. And they know me. They know that potentially I’ve chosen the worst thing. I’m good at it, but is it the best thing for somebody? It is so fragile to do. But I try to push through the fragility and turn it into something powerful. Which is not always easy. It’s not like you could politely ask people to let things go.

You have been discovered as a street musician. How was that time for you?
At that time, I was all over the place. When someone suggested, I make a record, I was like, “sure”. It was just a way to use my time, so I agreed to it. And I didn’t expect any of it. I was very lucky and I feel like it all happened very quickly. I’m very grateful, but also, I’ve earned it! It is work, it is mental work to suddenly have these standards and expectations. Which is also good, because it keeps me focused.

You have just announced your third album, Designer. In the past, the motifs of your work often have been love, suffering, and also death. What’s the new record about and can you tell us a little bit more about how it fits with your previous work?
The new record is brighter, it’s lighter, it has pockets of unapologetic joy. When you write an album of sad songs, you feel somewhat bound by your genre – I was using a lot of archaic language and old folklore. Basically, I cracked the code in terms of my own creativity, because I realized that you don’t have to be serious to be taken seriously. You can be seriously happy. If you’re in despair, you want other examples of people in despair, because it’s lonely. No one worries about being alone in their happiness. But what you can do, and I think it’s vital that I learned this, is that you can be seriously anything. And that it doesn’t matter if it changes. You can be positively affected by things and that doesn’t make you less serious. I just feel like our generation is so afraid to be affected: hands in pockets, in control of themselves. And I don’t want to play that game anymore. I won’t survive openly and honestly if I try and do that. It’s the hardest thing to do, to be yourself and also to know what that is. And feeling that pressure to know your purpose and to know what you believe – and I don’t buy it. For now. 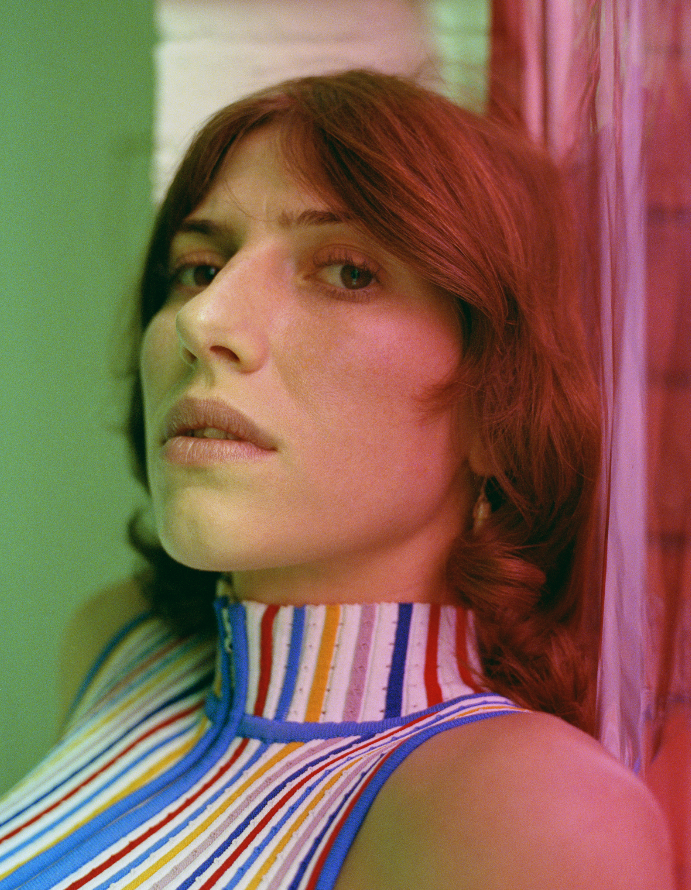 In an interview, I’ve read that you basically “don’t give a shit” about trying to be someone and creating an image, and you just do your own stuff. Where do you take the confidence from?
That’s only half true. Obviously, it’s my job as much as it’s what I’m good at. So, I want to do it well. I terms of a certain type, I don’t know what that looks like. I don’t necessarily know what I’m trying to be. I certainly am trying. And this is the thing I’m talking about: we have to pretend like we’re not trying. What is to succeed really other than trying? That shows drive, that shows fragility.

Would you say it’s about showing how much work you put into everything rather than pretending it’s all just coming to you effortlessly?
I don’t really know how it works. But I know what I’m saying to myself every day at the moment, which is: I can do anything I want. It’s really freeing. And trying to do that in life as well. I just want to carry that “it doesn’t matter” into the music. You have a better chance to making it matter if you’re calm and you believe in yourself.

Is that why you chose to work with John Parish again? Does he give you that calm environment?
We trust each other, which is huge. We take a hit for the other. Your ego takes a hit for the other, because you know it’s the right thing and we don’t have to say it. I know he believes in me, because he is hard on me as well. Of all the people that say to understand my music, when I play him a new song, the look on this face makes me feel like I’ve made a new friend and a connection has been made. I know, he knows. He has more practice than anybody. He has watched me sing over and over again and he knows how my head works around it all. And he’s just a wonderful person. 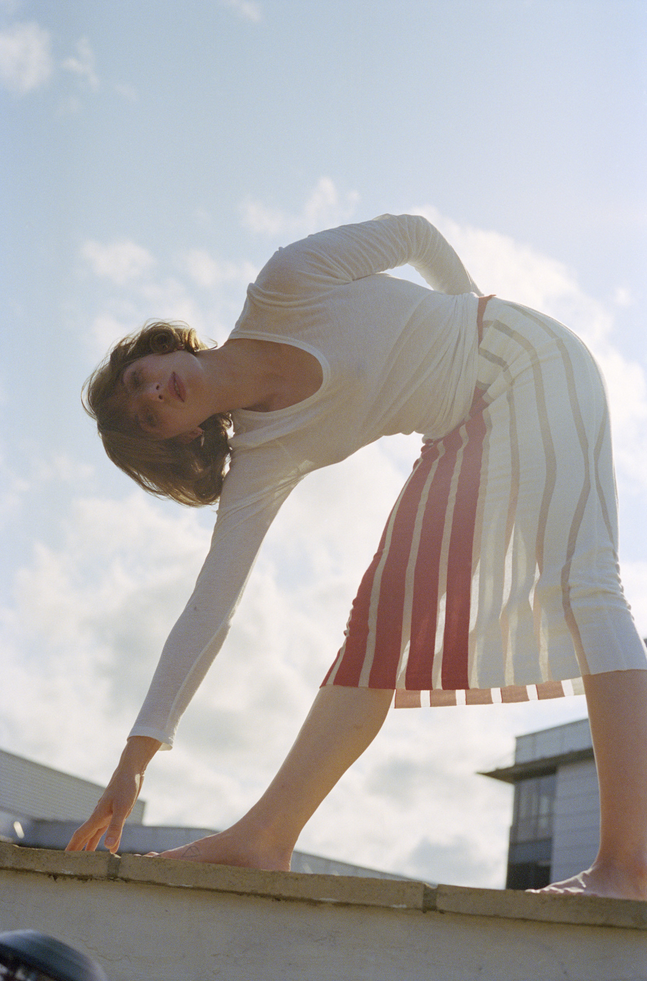 Talking about influences on your music, you’re often compared to acts like Cat Power and PJ Harvey. How do you feel about those comparisons and comparing artists in general?
I don’t like comparisons, because I feel like they are unnecessary. And I already think that in what I do it is necessary to separate who I am from what you’re hearing. I feel like there’s not enough of that anymore. The way you open up a magazine and you’re seeing that person and you’re wondering what they’re doing right now and you’re thinking that you could never get close to that person. And that’s what makes them special – not knowing how their head works. Unfortunately, we don’t have this anymore. Now you see a musician and you go, “it’s just a person” and that’s true, but also, why can’t we have a little bit of mystery. When people make comparisons, it plants unnecessary seeds in people’s heads about what I do all day, about what I enjoy. I don’t want to know what Neil Young is doing right now. If someone asked me, if I wanted to meet Neil Young, I’d say no. Because I want to protect my fantasy of it and I don’t want to spoil that for other people. People should just listen – music is the language that I’ve chosen to use. I don’t see what good can come from telling everything. I actually think that most of those comparisons are kind of lazy. I don’t think I sound like any of those people. People want to be able to do that, because they think it brings them closer to me, but why would you want get closer in any other way than over my music.

Would you say that you try to create a boundary between yourself as Hannah and Aldous as the artist?
It’s just a suggestion. I just don’t know a lot of artists that confuse me anymore and I miss that.

The surprising and mysterious element, is that one reason for the costumes you wear in your videos – like the big hat in The Barrel?
When you’re going to make a music video, you want to wear something cool. And to me, what I was wearing was cool. I saw a hat like this in a photo and I tried to remember where I used to see hats like this. It was in The Holy Mountain. Sue me – I wanted to look cool. Especially, because I knew that the concept was so simple, it had to be aesthetic. And it was something, I could move in. 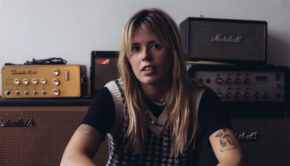 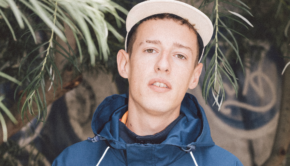 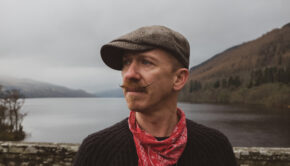