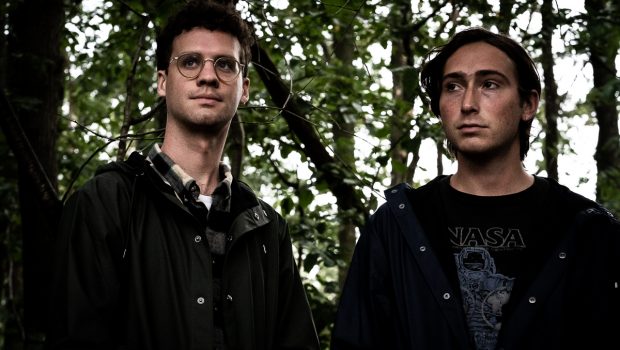 Drummer and singer Julien Ehrlich and guitarist Max Kakacek formed another group in 2015 after the breakup of their previous band Smith Westerns. The duo quickly rose to prominence under the new name Whitney after their debut Light Upon The Lake came out. The sound was endearingly folky, soulful, psychedelic and smooth at the same time. After a period of reflection they now return with a record that doesn‘t sound too dissimilar to the first one. Whitney don‘t look for new radical angles on Forever Turned Around, it‘s all about refinement and taste. In our conversation Julien and Max reveal how they‘ve managed to strip away dirty rock‘n‘roll routines in favour of a happier private life. They talk about substance(s), role models, the love of other people‘s music and a fire that has ignited their creative spirit. 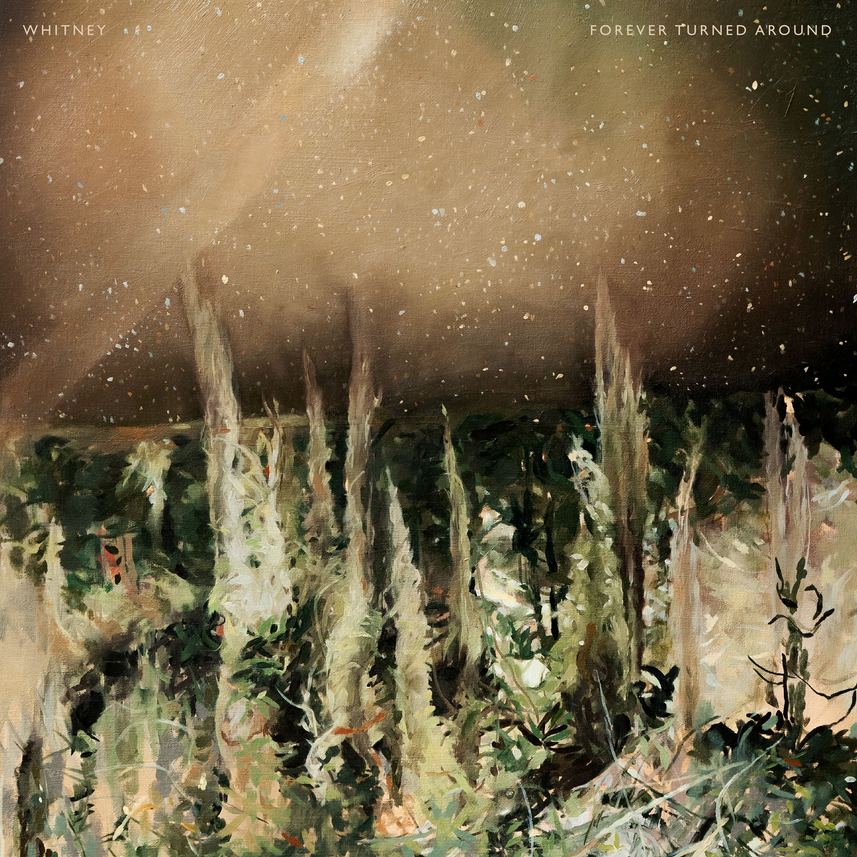 In a recent interview with DIY magazine you have revealed that fear, confusion and substance abuse have been subject matters during the making of Forever Turned Around. Can you elaborate on that a bit, please? Of course we are avidly interested in the topic of substance abuse.
Julien: (chuckles) I don‘t think we ever kept a secret that we, erm, had or have an affinity for alcohol and drugs. I don‘t know if one particular drug has really shown itself to be like a huge problem. We only allowed ourselves to talk about it in Day & Night specifically. It‘s about the tour and in my eyes the depressing drug-fuelled parts of it.
Max: In allowing ourselves to talk about touring in that song it automatically involves talk about drinking and partying and the toll it takes on you mentally. Day & Night in general evokes this idea of day and night being this constant party life, no matter what the time of day it is. I agree, it‘s the one song where we are open about it.

How do you find a healthy balance?
M: It took us a while to find stability in Chicago. Now it was us changing ourselves in getting used to being with our significant others and getting away from the touring lifestyle. We‘ve only been able to make the record after we‘ve made the transition from being gone all the time to being home all the time. We‘ve got normal daily activities that ground us more. It‘s going to be interesting to see what is going to happen when all of this is picking up again. This is the first time we‘re away while being in a stable relationship. We‘re going to be on the road all the time until December.
J: …finding the balance in this is going to be really hard….
M: …it‘s something we have to learn again, yeah.

Is it possible for you to get into a creative state without the help of substances?
J: I can admit we took psychedelic drugs in the studio in California…
M: …but we never do when we‘re writing….
J: …we never do them in the studio but we tried to (laughs). We usually use drugs to just getting a different perspective on something we‘ve already been working on but we‘ve never really done drugs to be like …let‘s sit down and write these lyrics….we have but it didn‘t work out that well because I think we‘ve always felt that the most important state of mind to be – in order to gauge whether or not something is good – is to be sober. But it‘s also good to try the other perspectives sometimes. We like mind expanding drugs. 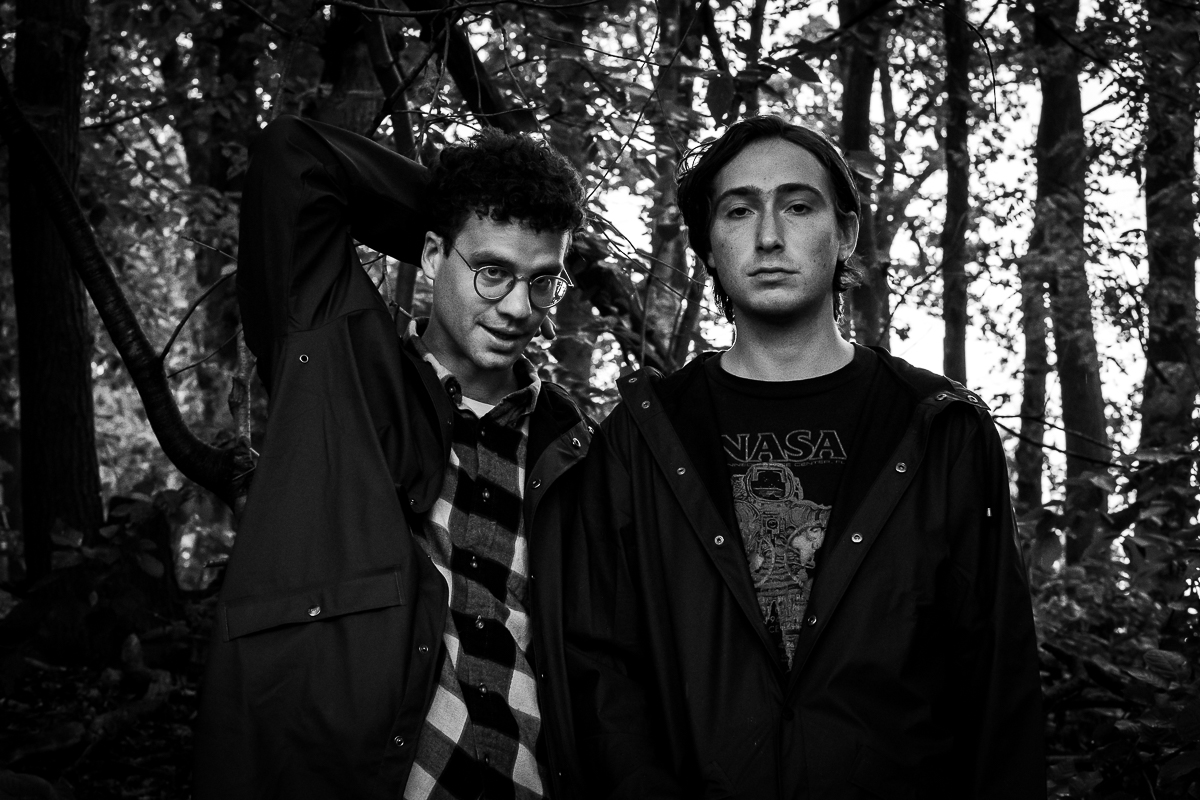 Harder drugs don‘t do it for you?
J: Cocaine doesn‘t do it for me, it definitely doesn‘t expand your mind. It‘s just a party drug. It‘s not our favourite drug at all. Not a good one.

Good. Let‘s take it a bit easier now. How would you describe the recording process this time?
M: We thought around september or october last year that we had finished writing the album, so we went to California. As the songs started to come together in the studio we realized they weren‘t done yet. They exposed the weaker parts of the songs, we had to re-organize the cutting and the arrangements. We came back from California with all the structures of our favourite ideas and then had one session in Wisconsin at Justin Vernon‘s studio and then over the next two months we finished everything in the basement in Chicago with our friend Ziyad Asrar who‘s now in the band and used to be in it.

You‘re layering things a lot more. Are you trying to expand your style through a bigger sound?
M: This album is definitely about us pushing ourselves to make the songs as wide as they could be. We‘ve actually started talking about what we want to do next. We might bring it back down to be a little more intimate but now I think we really needed to have the exercise of pushing ourselves to make these wider arrangements….
J: …yeah, using harmonies and stuff. We really hadn‘t explored harmonies on the first record. We‘re using some of the same arrangements that we already had with horns and strings and so on. We talked about tearing it down on the next one and see where it takes us. We want to try something new. We talked about a cover release as well.

A cover release? What do you want to have on it?
J: I think we shouldn‘t talk about who and what we like to cover at this point because we actually don‘t know yet if we really find the time to do it.

Last time you have mentioned a few artists and names of songs you liked or have inspired you like The Band‘s Whispering Pines, the group Amanaz from Zambia and Allen Toussaint and Mulatu Astatke too. Any other discoveries you made throughout the three years of making this record?
J: Definitely this guy Labi Siffre. We weren‘t completely influenced by him but there are many moments we like. He‘s clearly a great artist and songwriter. When we were writing the album we sometimes thought: This sounds like a Labi Siffre song. There‘s one he‘s made which is called Crying, Laughing, Loving, Lying, the title track of probably his most famous album. We love that one.
M: From the songwriter‘s perspective we definitely belong into the Neil Young camp. The lyrics were much more important to us this time, therefore we looked at him and the way he puts things.
J: We weren‘t thinking about him all the time while writing lyrics, we were just thinking about the way he strips his songs back to the most basic structure. With just a guitar and vocal line his songs are almost even better. I feel we wanted to get closer to this level with our songs although it‘s obviously hard to write songs that are as good as Neil Young‘s. I don‘t know if anyone will ever match them. We were trying to use him as a benchmark though.

Any lesser-known artists you also fancy?
M: (takes time to think) There are many youtube finds that are singular like At The Hotel by Eunice Collins. I really was into Tim Maia and his song Ela Partiu, it‘s from Brazil. And I also fell in love with a group called Ofege and the song It‘s So Easy. They‘re from Africa. It‘s easy today to find such treasures from all over the world.

How do the two of you listen to music these days?
J: I‘m still getting my apartment together with my partner and I still haven‘t found a turntable, shame on me, I‘m sad…(laughs)…you have to get a receiver and nice speakers. When I want to do it I really want to do it correctly. It costs a lot of money. 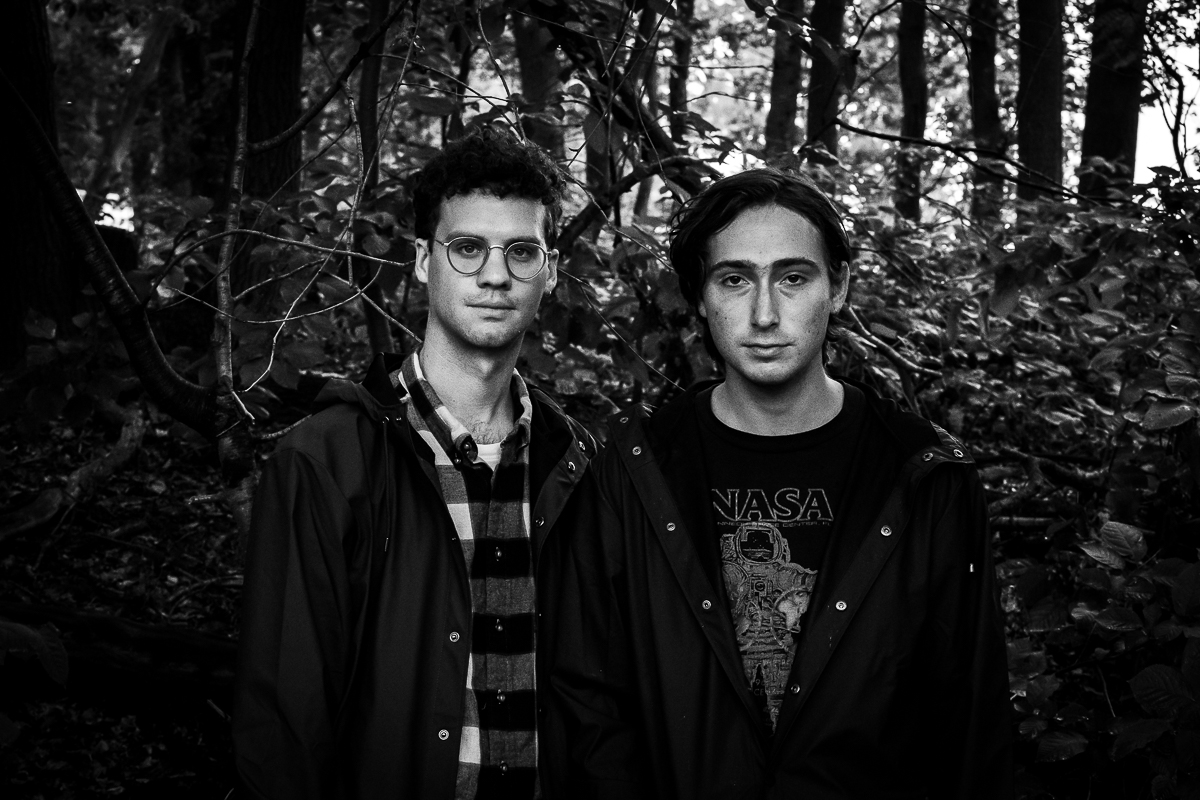 Let‘s go back to Labi Siffre a bit. Soul music is an important influence to you, on this record even more. Did you dive deeper into this style of music?
J: Yeah, we definitely did. I think it‘s through playing a ton of shows and developing ourselves more as a band and sharing new music with each other and all that. The picture I get from all the touring I get is always leaning towards soul music. It has healing qualities.
M: I think it‘s right to say we‘ve moved towards soul music and we‘ve also moved away from the country side. There‘s no what I consider to be the most blatantly sounding country-ish song on this album.
J: There‘s no barroom guitar rock on this album either…
M: …no twangy Telecaster guitars at all, it‘s always more mellow, very dark. Everything‘s darker on this record….
J: …it‘s tasteful, we‘re trying to be a bit more tasteful I guess…you know, without shit talking the first record. You should always feel like you‘re moving in a direction where you feel more comfortable with your taste I guess.

It‘s interesting you‘re saying you wanted to get away from barroom guitar rock. This is where is usually leads to after all the touring, isn‘t it? You automatically sound harder the second time around after all the gigs. I think you‘ve successfully avoided that trap. You‘re still very dreamy and psychedelic. Is that the identity you feel comfortable with for Whitney?
M: Yeah, absolutely. Even when we are experimenting with textures we don‘t lose our discipline. We‘re thinking about how the parts in a song will sound good and how it should be played techncally correct compared to the live setting where it is a little more open and free in a lot of ways.
J: And it‘s also the nature of Max and I being kind of perfectionist. We love the musicians that we play with and we do create some space for them too, like for Will the trumpet player and other people. We want them to shine as well. I wouldn‘t say we‘re control freaks but we‘re perfectionists when it comes to that kind of thing. Like most people are who write songs, I guess. 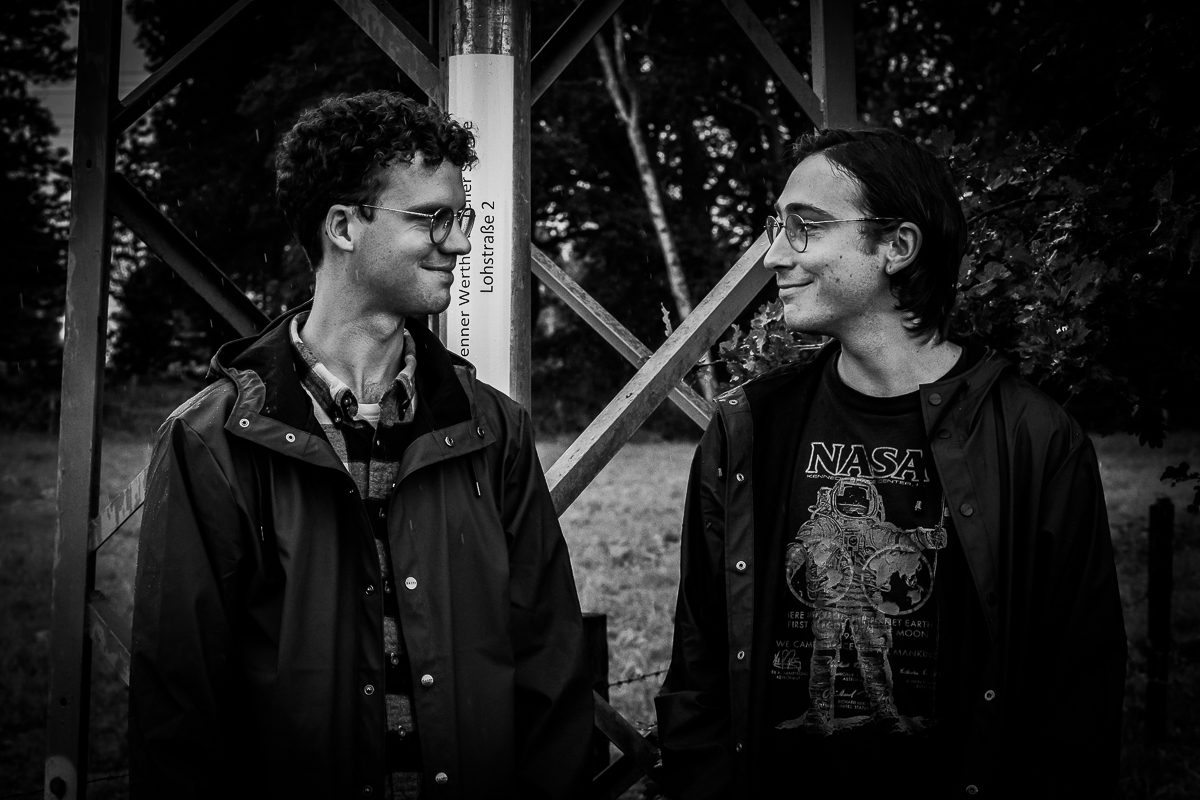 I wanted to ask you about the new song Valleys (My Love) and the lyrics. At one point you‘re singing: „There‘s fire burning in the trees, maybe life is the way it seems“. Since you did work for a while in California around the time this state became victim of huge fires, is this one of the few examples where topical issues play an important part in a song?
M: When we first started writing and didn‘t get anything done me and Julien went to Rhododendron in Oregon where a crazy wildfire started during our time there. A bunch of hikers got trapped in the middle of the woods and the sky was orange and foggy, there was smoke everywhere. We ended up writing that lyric a year later but it almost kind of comes back to the first writing session where we were very close to a wildfire within a range we could see. It had a direct effect on everything around us.
J: Climate change is a big subject all over the world right now and because of he experience in Oregon we felt that we can contribute our view about it. We didn‘t want to do it blatantly by mentioning Trump. We thought let‘s not go too far here. I think you have to use subtlety in songs. You don‘t have to use subtleties in interviews, we‘re totally down to say fuck Trump. When we bring up climate change in a song it needs to be subtle and tasteful though. It all comes back to taste here I guess. We like to do it this way. Everything has to have sense and sensibility.