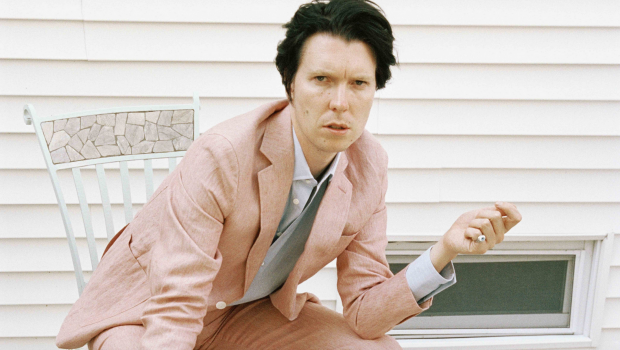 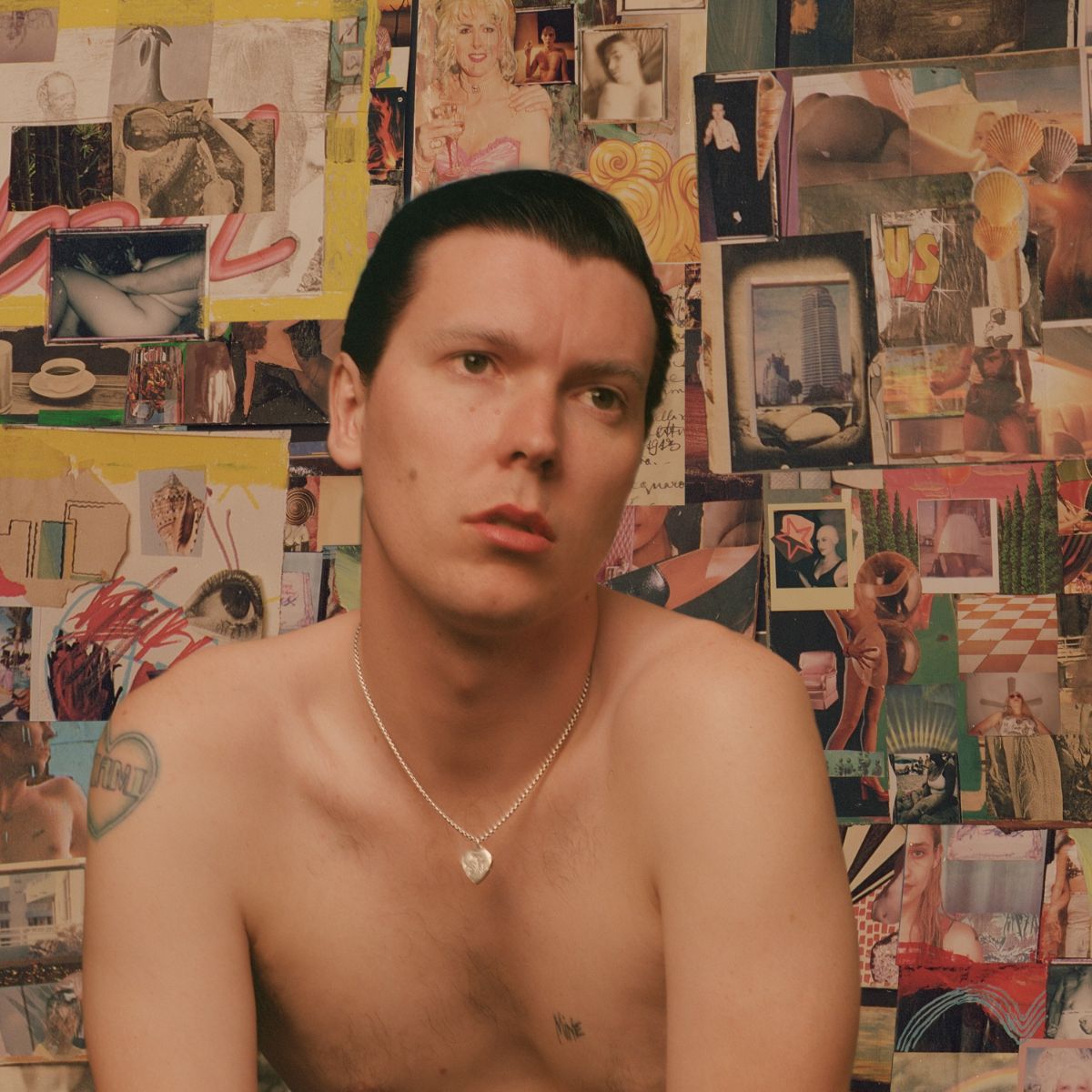 Hi Alex, hi Roy, good to see you in Berlin again. You already have spent lots of months here in the past, you‘re familiar with the place. Where do you live now?
I have my own apartment in Brooklyn. I don‘t own it but I‘m paying the rent and Roy lives out by the beach in Rockaway in Queens. We live really well and we can execute ideas and make them a reality. I‘ve got no complaints, just more ambition and desire to have more resources ideally.

How does this ambition translate onto the new record?
I think they‘re the best songs I‘ve ever written. I‘m more conscious of how a melody works as a way of responding to the lyrics I‘ve written. I think the way we‘ve recorded the record was really with the idea of the musicians that come on the road with us and make them play on the record. I‘m more conscious of what it means to have a back catalogue of songs and how that will translate into a good performance and a fun show. I understand the mechanics of how it will interact with itself and how we can broadcast our message in our music.

Alex: This room‘s a bit stuffy though, they could have done better with the ventilation in this one.

I‘ve been to a gig last week where you could hardly breathe, it was very sticky in there. The band was probably over the moon too.
Roy: When I reflect on our shows in Berlin, they‘ve all been very very sweaty experiences, extremely hot when we‘re on stage.

Don‘t worry, your next Berlin gig is in October. We will welcome you with freezing temperatures.
(Roy sneezes again)

Okay, let‘s talk about warmer issues. When did the new record Miami Memory became this form of dedication to your life with Jemima Kirke. Why was now the right time?
I always fantasized about writing a love record but I just never had the right person to write it about. When I was thinking what this is going to be about it was right down in front of me that I always wanted to write a love record and I‘m finally in love with a person I want to write about. It was much more to do with the fact that I now had a licence to do it because I felt that now is the time to do it honestly as opposed to writing it as a character. I could just access the emotions and the stories from my life.

Just about every musician on this planet wants to leave things open for interpretation in the songs. This album is very autobiographical, you‘re putting it very directly. What does she think about it all?
Well, two things. I wanted to make her smile and I wanted to make her cry. And I got those two things from her. I got laughter, I got critique, I got concern and I got support. I got everything that I expected and more so. The record in its first form was more honest and brutal, we had to have discussions about what was and what wasn‘t allowed to be sung about. You can‘t go too far with those things because she has her life to protect. The final record is more honed and more considerate. Originally I went really close to the bone in a lot of ways but there‘s more at play here than just me writing an album about whatever I want. There‘s actual people involved, I had to be a bit careful.

The first song is called Stepdad. It‘s about you spending time with her kids. Why is it important for you to describe this situation as the first step on the record?
There‘s this element of humour in there, it‘s self-deprecating. I‘m also balancing my own view of myself which is quite low. I‘m now grappling with the idea that a family unit could love and want me. Ultimately I wanted the children to have a song they could hear when they‘re 18 to reflect upon and see how I viewed the relationship which was worn with a lot of tenderness and a lot of love. A lot of the album is about memories. I wanted to write it down as if it was almost a journal entry to make sure it‘s like a time capsule and we can all reflect upon it in 10 to 15 years and see that‘s how it was from my perspective. 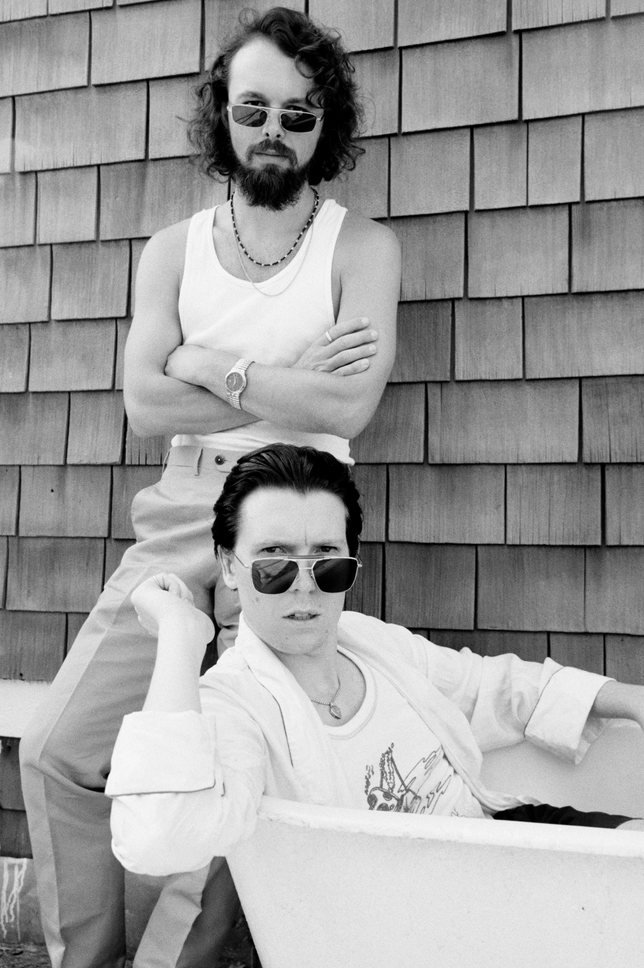 Jemima is busy in a lot of areas. She‘s also working with activists, working with the sex community as well, she‘s trying to help on a human level, not as a star. Do you find it important to stress that part of her life too?
She contributes a lot on a personal level to a variety of causes, she‘s not on to broadcast those things, it‘s not in her personality. She doesn‘t like the limelight, she doesn‘t like being cast as a saviour, she‘s very matter-of-fact. This is very much the mentality of a mother. Yeah, I‘ve witnessed what she does and how she carries herself and she treats people as humans with individual stories as opposed to being the beneficiary of some sort of political benevolence. She just sees people as they are.

Is it true she got in touch with you first and wanted to get to know you?
She wrote to me because she had seen a music video and she wanted to talk about it. Then we met in New York.

Did you look up who she is?
Yeah, I googled her and saw her paintings, I really love her paintings and I was immediately enamoured. Then my manager said that Jemima wanted to meet up with me, she‘s made a name of herself, she‘s quite a revered actor. So I looked into that too.

She‘s also appearing in your videos which is only logical since she‘s an actress. The newest one is the one for Miami Memory. Stories about Miami are always interesting. Tell us yours.
We were in Miami on holiday. We‘ve been to the strip club together, we‘ve definitely been on the beach. Me and Roy were on tour and we were late to get into into Miami and Jemima was meeting us there. And I got so like…the anticipation was just like…I was ready to explode, ready to see her…when I met her I was completely out of control with desire and love. Later on we were playing a show supporting The Killers in a big arena and she came to the show. We were hanging out backstage and at that point we were performing a song with The Killers on stage with them during their set in front of their crowd during the big production. But Jemima and I were just hanging out backstage talking and making up and I was actually late on stage. I missed a verse and a chorus. At that point I noted that this woman is becoming an important priority for me, it‘s becoming an obsession. I knew I needed to write a song about all of this because this is a significant moment. 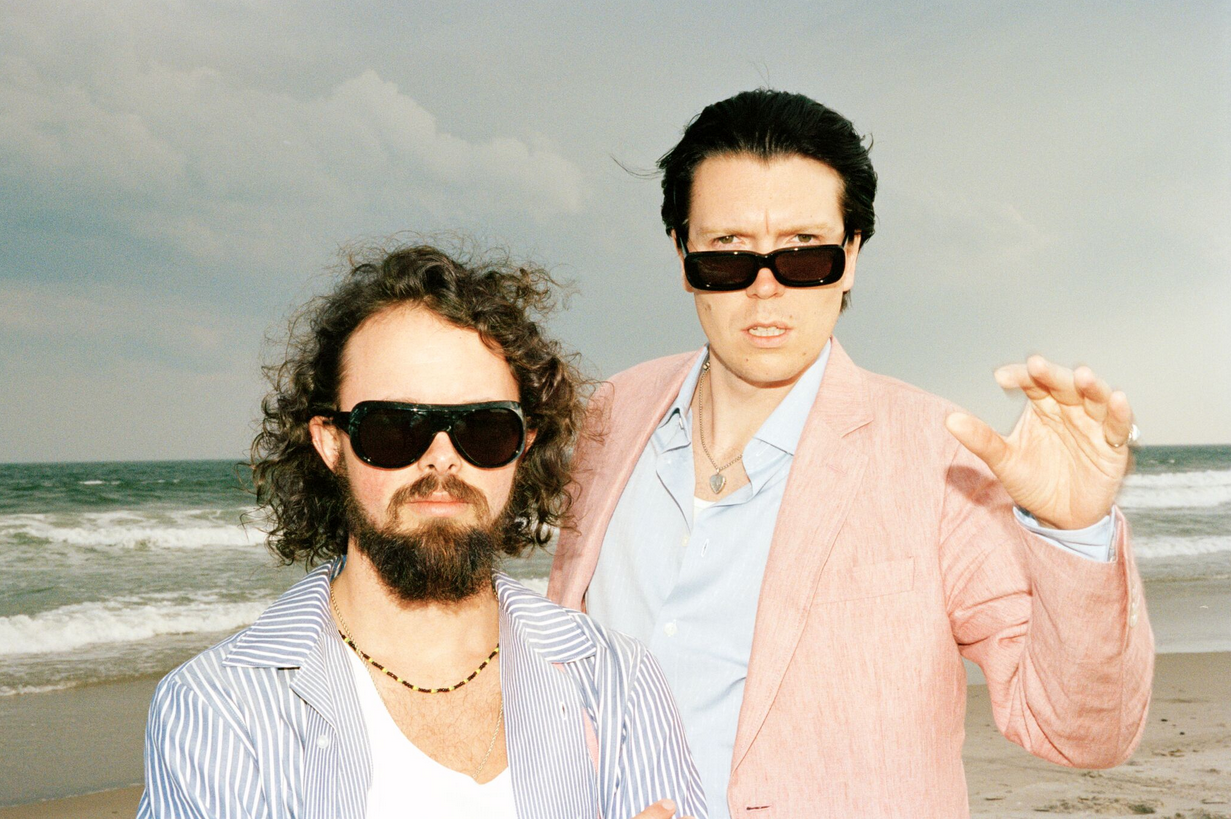 What did Brandon say?
Of course I had to apologize to Brandon afterwards. I went into his office and said that.

Let‘s also talk a bit about the song Bad To The Boys which sounds different to the other ones. Where does it come from musically?
Ultimately it‘s a response to Thin Lizzy‘s The Boys Are Back In Town thirty years later. It‘s like: What happened to the boys? Phil Lynott is a big hero for me, I‘m completely amazed by him, the way he writes and vocally he‘s so impressive. His phrasing, his tone, the lyrics – just remarkable. There‘s a lot of pain in them but it‘s also anthemic. Unreal. It‘s such a tight rock format and such a tight rock band that he just fucking flies. Beautiful.

You two are flying high as well. You‘re going to hit the big time now.
(both laugh) Ha, thank you for the encouragement! We can‘t complain. It‘s a healthy growing process for us, let‘s see where it all takes us this time. We‘re either going to end up in heaven or hell, I suppose. 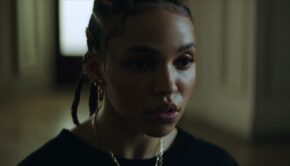 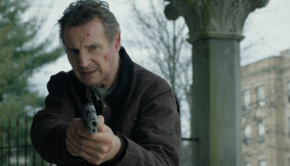 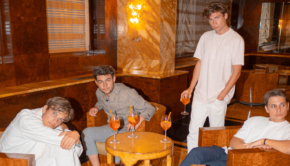