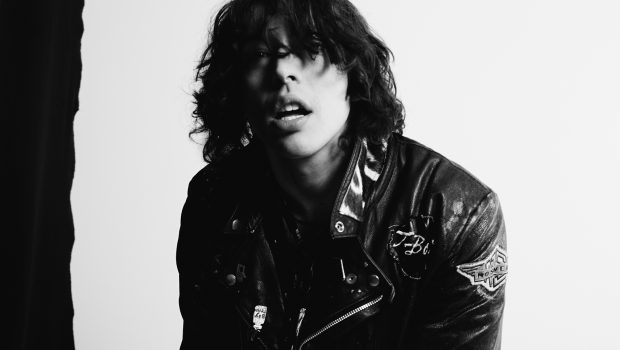 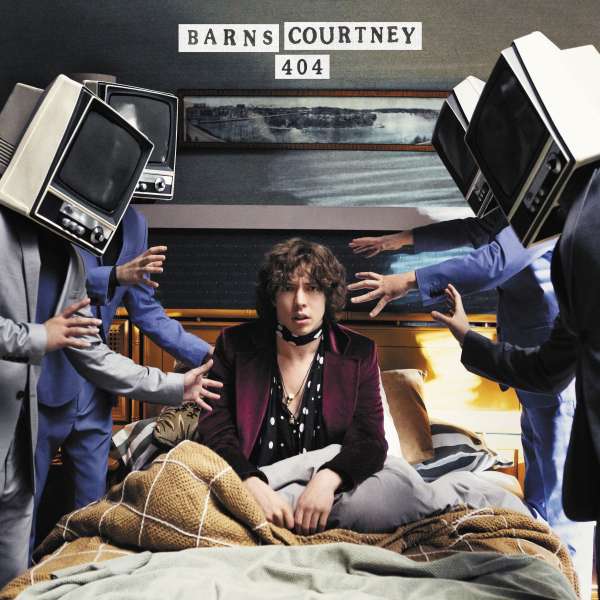 You full name is Barnaby George Courtney. The shorter version of your name comes in handy, do you know why?
No, why‘s that?

The leading character in the UK television series Midsomer Murders is called Barnaby. This series is well-known in Germany, it‘s called Inspector Barnaby here. You can often watch it on a Sunday on state-owned telly.
(shouts) No way!! So that‘s why everybody would think I‘m related to him…(laughs). You never know, maybe I can become his future sergeant…haha….

In this reality of ours you‘re not a policeman but busy in the music world for more than ten years now. How would you sum up the experience so far?
It‘s a rags to riches to rags again story really. My music career was an upward trajectory from the age of 14 to 22 years. My first bands…we were playing small concerts, we‘ve won a talent competition and got on a TV show. Then I got signed with a manager, made a record in Los Angeles, moved to a house in London paid for by the record label. Three years went by in a band called Dive Bella Dive where our producer just had to deliver our album – but he didn‘t. We were locked into a contract with him and couldn‘t go anywhere else to re-record. I was dropped and it hit me like a ton of bricks.

Did the record company give an explanation?
There‘s no music, we can‘t do anything, your producer is not delivering, you‘re dropped. Bam! Dead and buried.

How did you pick yourself up again?
I just really fucking wanted it and I think when it‘s inside you it‘s got to come out. I felt bitter for a long time and really depressed but now I know that getting dropped from that deal was probably the best thing that ever happened to me as an artist. It gave me something real to write about, it gave me something of substance, it was about actual emotions. The first album is filled with fight songs, they‘re marching songs, it‘s defiance. They‘re reminders to myself to keep going. Every time I played those tunes I would feel that feeling of defiance and insistence that I was going to make something out of myself. Luckily people related to that in their own lives as well and the songs on that record mean something to my fans which is crazy. I‘m very grateful for that.

How did you react to the news that two of your early songs have hit millions of streams on Spotify?
Glitter & Gold got on to 60 million streams! At the time, when the streams started to come in on the songs, I was soooo downtrodden and fucked up. I was a little bit crazy and paranoid. I was taking screenshots of the plays on the songs because I genuinely believed that something might happen and it might get deleted somehow.

Why did you feel so agitated?
You know, when you enter the record industry for the first time everybody says you‘re going to be a big star. Then suddenly the rug was pulled out from under my feet and I lost everything. I was fully prepared in my head for that to happen again. It took me two years to relax and to start to come to terms with the possibilty that maybe it would be alright this time but I was also fully ready to be back out on government-assisted living. When I signed my record deal as a solo artist I sat there with a bottle of champagne in one hand and a pen in the other and I didn‘t speak because I was so depressed. It was a very raw experience for me being back in this Universal building where it all started and all fucked up. It was very emotional and I probably spoke less on the day of my signing than I did at any other point in my career.

The cover of your debut album The Attractions Of Youth seems to depict your state of mind at the time. We can see a skull and crossbones and a sunflower blended into one image.
Yeah, that‘s true. The album cover for The Attractions Of Youth was actually planned as the cover image for the single Golden Dandelions. I liked it because Golden Dandelions is all about the idea that maybe death isn‘t this terrifying sketelal reaper that comes and forcibly takes your soul. Maybe death is a beautiful lady that comes into your window at night and takes you by the hand as you float over the city and all the colours merge into a beautiful phantasmagoria as she lays you down on a field of dandelions for your final resting point. I liked the metaphor of the dandelion because when they die the seeds become these floating parapets. To me it resembles a soul going off into the ether and I liked that combination of beauty and death. That‘s why I paired the flower up with the skull. It also related to the rebirth themes of the album. Rising up from death comes life. From the death of one career comes the beginning of another one.

After that you had to find new angles for your writing. Which ones did you find?
My own state of mind was an important starting point. I‘m not up against a wall anymore, I‘m not incredibly depressed. I‘m so grateful to my fans who delivered me to where I am right now during all the work for the first album. The second one is different but I don‘t want them to feel they‘ve been cheated. At the same time, as a musician, I have to put out and write what is inside of me. There are definitely elements that are more rooted in guitar music like London Girls and Fun Never Ends. These two songs are more influenced by The Dandy Warhols and The Clash and possibly a little bit by the second wave of British indie music. But then the first three songs on the record are very synth-heavy. 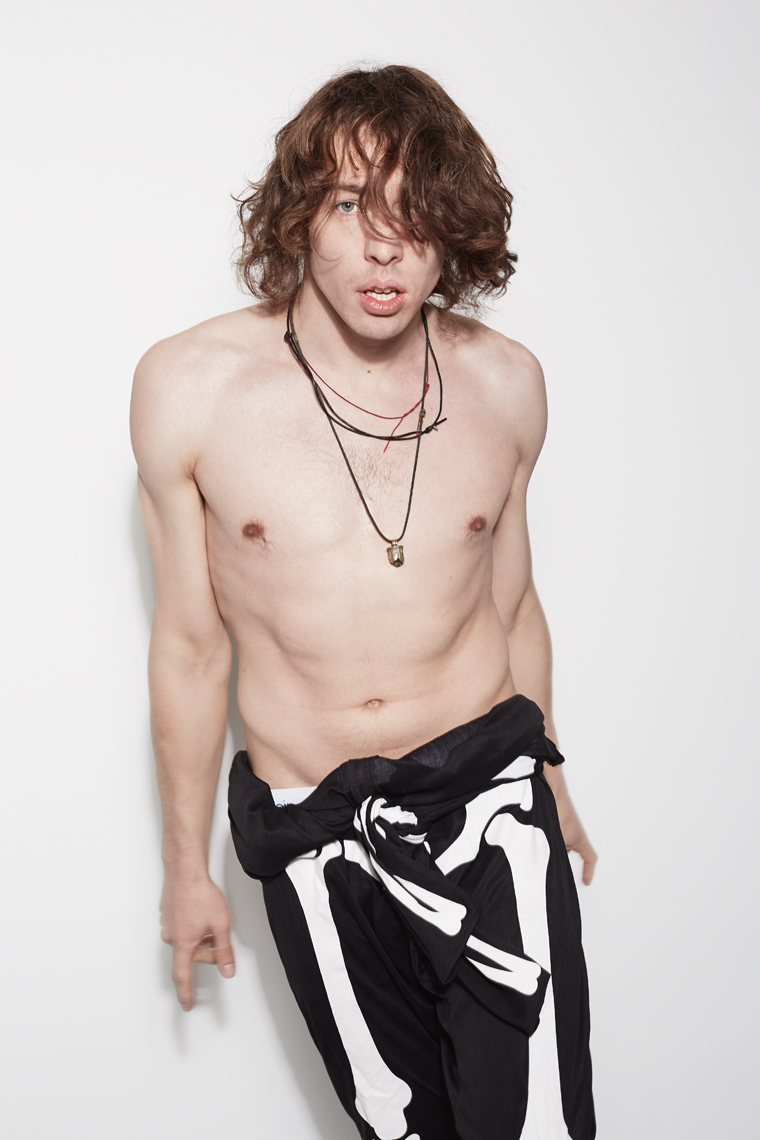 On the cover of the album a few men with old television sets on their heads want to take hold of you. The number 404 refers to dead online links. Are you suffering from too much technology?
Luckily I‘ve discovered a part of myself I wasn‘t previously aware of. I‘ve got this yearning for the past, this sadness surrounding the idea that there are parts of ourselves when we become adults that we will never get back again. The ability to experience the world with a sense of awe and wonder. The loss of childhood innocence. My friend told me an amazing story last night about how she used to go on holiday every year with another family who had kids at the same age. Every year they would go into a forest where they played this game in which they were all adventurers. They loved it and looked forward to the game every year. One year when they weren‘t together and went up to the forest it wasn‘t the same feeling anymore. It was really dull. She said that it was from that point that she realized she had grown up and no matter how much they wanted to go back and play that game again they changed irrevocably and their imaginations had changed and their ability to pretend and to be in awe of dark woods and the leaves was gone. I thought that was a beautiful sad story that aligned with the themes on the album 404. 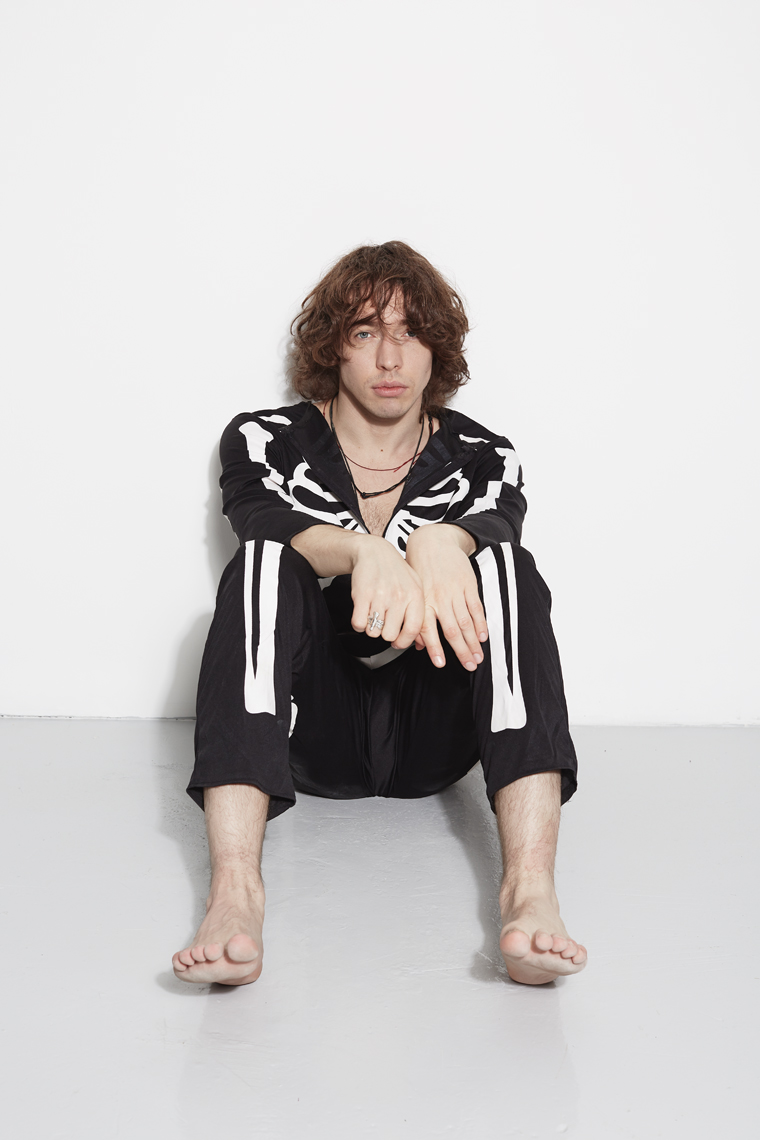 You are still only 28 years old but you‘re already yearnfully looking back at a time that is gone. Normally young people feel they‘re ahead of the game compared to older generations and celebrate that with preposterous swagger.
I did that when I was much younger. I loved being a kid and I would look at adults and would think smugly to myself that my life is so much better than theirs. I thought: Your life fucking sucks! It all looks boring you‘re all sat down at the table talking to each other for six hours. In that time I ran twenty times around the house and pretended I was a dragon (laughs). That‘s definitely thematically what the record‘s about, the understanding and slow realization that as you age life will never be the same as when you were young. Now those days are over we‘re all ghosts of our former selves. That‘s why I have to do something exciting like this for a living because anything less I couldn‘t bear. I‘m still very much a child at heart and I want to keep having adventures, in the forest or elsewhere.

There‘s a track on the record called The Kids Are Alright. The title makes complete sense in the light of what you just said. There‘s also a song by The Who that goes by the same name. What did you think when you‘ve supported the band on stage as a support artist?
It was fucking terrifying! Absolutely mindnumbingly petrifying because The Who are one of my favourite bands ever and so legendary that I can hardly believe they existed in real life in a tangible way. I didn‘t enjoy any part of the gig or meeting them because I was so enormously starstruck that it wasn‘t even till the next day I could fully comprehend what has happened. I was like…(speaks up): Ooohhh! Oh my God, I can‘t believe it! Even at this age they are awe-inspiring, especially for me as somebody who‘s a real genuine fan. They‘re definitely not as hot on stage as they were when they were younger but they still own it!

Do you think there are many rock-oriented bands in Britain today who can create the same impact, enthusiasm and energy level as The Who did back in the day?
I really think that in very other genre than hip hop it‘s been stagnating to an extent in recent years in Britain. Then you have this light at the end of the tunnel with artists like Billie Eilish who are coming in and changing the game completely. Guitar music needs to push the boundaries of its genre in the same way that hip hop has pushed its own boundaries through soundscapes and lyrical content. That‘s the goal I think for every guitar band worth its salt. They have to ask themselves: How can I take this genre and move it somewhere?