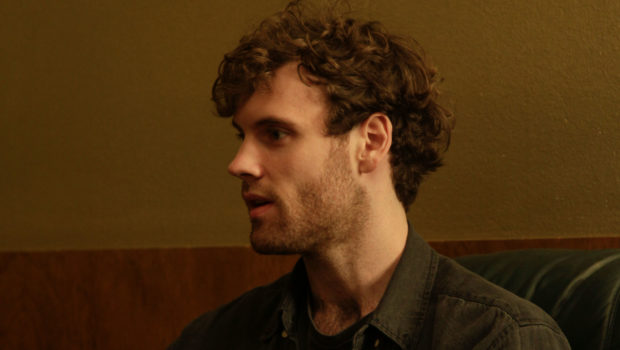 Thank you for meeting us before your show. I heard you’re going to play some songs of your new album that is coming out next April. How is it going, is everything done?
Sadly, not everything is done. Everything is written, we’re halfway in the recording. We’ve got bits to finish after the tour. It wasn’t the original plan to do it like that, but often it’s nice to have a little bit of perspective on things and get a chance to play stuff as band live before you record it.

How do we have to imaging a typical recording day – do you record it all together or are you doing it bit by bit?
It depends on the song. We’ve tried a few different things. Normally, it’s built up from scratch, because the production is very important to me. I leave a bit of room in the studio to try new things and try new parts out. Often, it’s me with an engineer for an extended period of time. We’re now playing this one track in particular live every night, which we haven’t recorded yet. I think, it would be fun as a band to approach that one more live. We’ve had the chance to get it at a different ankle.

You mentioned the production as a very important step for you in the process of making an album, is that why you chose to do it yourself?
I hope it’s not, because I’m a terrible control freak. I’ve tried a few different things and it’s about finding great partnerships. And I found that with an engineer, Dani Spragg, and she’s got a lot of patience and a lot of creativity and she’s just wonderful to work with. But I think of it as well as a challenge, it’s about trying to get better. I’m definitely not qualified to do it. But at the same time, if you put in the time and the effort, you can still get stuff to a place where you are happy with it. My great friend Lucas Zalava is going to come in to help me with some engineering and production stuff. That will be fun, too. It’s great to bring in friends and other musicians in an informal way to help you recording.

Your latest single Papillon was inspired by the novel Henri Charrière’s book of the same name, what else besides from literature inspires you?
For me, the music often comes first in the process. So, there’s a kind of mood already there before I start thinking of the lyrics. Often, it’s friends, who inspire songs and conversations with friends, when I’m trying to see the world through different lenses. Stories will always be the kind of background on which the songs are inspired. 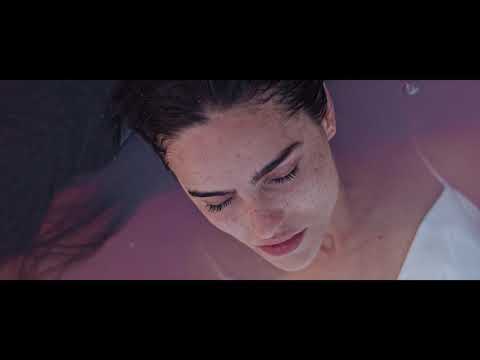 Your music is very emotional, how do you feel during the writing process? Is it some sort of catharsis?
It’s a mode of music, I connect with most. When I’m writing, I’m searching to be moved by the music itself in some way. And often, that’s slightly sadder music, that hits me a bit harder. But I think, that’s just taste. There are certain songs, which are more direct than others. There’s a song called Sol, which is the most direct I have ever been lyrically and that was quite cathartic. Normally, the emotion of the songs comes more about the music and I like to be a bit more cryptic in the lyrics. But when you’re feeling an emotional response to the chords and the arrangement – it’s that feeling that is exciting about the writing process.

I think, your emotional focus on the music of your songs also transfers to the listeners. It’s a sound and emotion connection you share that is less direct, but not at all less powerful.
I know exactly, what you mean, because I love listening to music and sometimes it’s that second or third listen that suddenly has that impact.

Coming from emotional influences, let’s talk about cultural influences of your music. Your music roots in both, Spain and Latin America, can you tell us more about that?
I got this crazy introduction to the Spanish speaking world as a kid. My parents were really into travelling and they both quit their jobs for a year, when I was about ten or eleven. My mum was a teacher and home-schooled us, so we were able to leave for a bit. We went to Latin America and you can imagine for a kid that’s a pretty lifechanging experience. Especially, because your experience of time is very different, a month felt like forever. I came back from that trip desperate to learn Spanish and I got my first introduction to music from other parts of world. I think, that’s was started my fascination for the Spanish speaking world, and Spanish music, and Latin American music. When I was a young adult, I finally got the chance to go and fulfil those dreams. I wanted to learn Spanish properly, see Latin America again, and live in Spain. It was then, when I discovered Flamenco properly and got the chance to focus on the music as well and to see how people plaid.

You said that Flamenco was a huge discovery for you, it changed your view on music. Do you still get those moments of musical enlightenment, the pure excitement of new discoveries?
Yes, definitely! I think, Flamenco has a special place for me, because I wasn’t expecting to be hit by it when I was. And there is something unique about watching it live. Talking about motive music, it doesn’t get any more emotionally raw – there’s a melodrama in Flamenco. Now, often, when you’re touring, you don’t see much music. You don’t get to go to many gigs. So, when I do go to shows, I still get that now and again. The last time it happened to me was watching Dur-Dur Band from Somalia six months ago in London and I’ve been obsessed with them for a while now.

Your music is influenced from both sides of the Atlantic, do you see it as a challenge to combine these traditional sounds and make them your own?
It often depends on the song. Interestingly, there’s a lot of crossover between Andean music especially and more traditional Irish music and folk music the Gaelic world. But when I’m writing, it’s not a conscious thing. It’s more about taking a starting point, that may have an Andean feel to and perhaps approach it in a way that feels more natural to me. The way of an outsider. I’m trying to find tones and musical textures that fit with the Charango.

You have been hugely successful online, especially on Spotify, and sold out shows without even having an album out. How do you think streaming changes the conditions artists work under?
I’m not an expert on the more business side of things, but from my own story, I’m extremely grateful for the support I receive from streaming services like Spotify. It’s been a life changing thing for me. When it first started, it was truly unbelievable to me. There’s a kind of reach and you can see, where people around the world have been listening. That’s unbelievably exciting. I feel incredibly lucky and privileged to have had that support. It’s a very exciting time to be making music, because we have access to unlimited music libraries wherever we go. I was blown away by the algorithms and the music that is recommended to me as a consumer.

It’s shockingly accurate…
Yes, and in general I’m pretty vary about giving away all that data, but when it comes to music, I don’t mind at all. I found and discovered so much more music in the last few years than I would have done, and I guess anyone would have done six or seven years ago. As a new artist, you can put your music on those platforms and it’s there to be discovered. It is exciting and I hope a level up.

Do you think it can also have an impact on the way people write music as there’s an unlimited pool of songs and you must convince new listeners from the very beginning of each song?
It’s not necessarily something I’m thinking about all the time, but you do have to be aware of these things. Perhaps, it’s eroding the idea of what an album or an LP means, but people can still make music like that. I think, there’s still a freedom to make music how you wish. You can be very romantic about the format of an LP and there’s a magic, especially putting on a vinyl on, there’s a ritual to it and it’s a wonderful thing. But I know myself and when I’m listening to music on my phone, you find yourself inevitably flicking. There’s a reality there as well.

The name of your project, Blanco White, is the name of a Spanish Irish writer and theologian. It also contains a connotation of beginnings, maybe even purity. How did you choose it?
Choosing the name, what you described was definitely a part of it for me as well. There’s something about the combination of these words that sounded interesting to me. When I first discovered the writer, it was because I was drawn to that name, I think. I’m thinking less of those grand themes of purity and beginnings, it was more of just an interesting combination of words. The writer Blanco White had a fascinating life and the more I read of his and the more I read about him, the more I was drawn to him. He’s a hero of mine. What was important to me choosing the name, it gave me some sense of focus, what I wanted to do with my music. And I wanted it not to be my name or about me, it was more what I was trying to do and to achieve. It gave me that purpose.

Thank you very much for the interview! 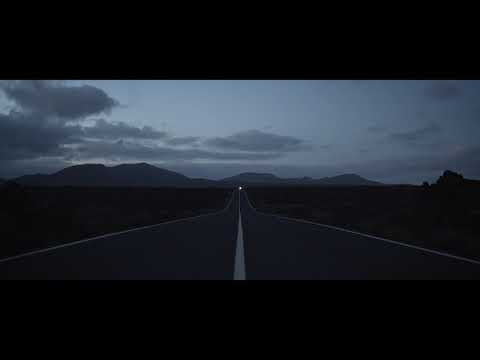 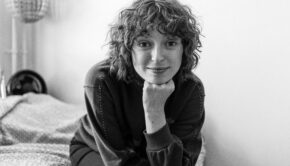 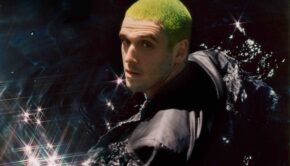