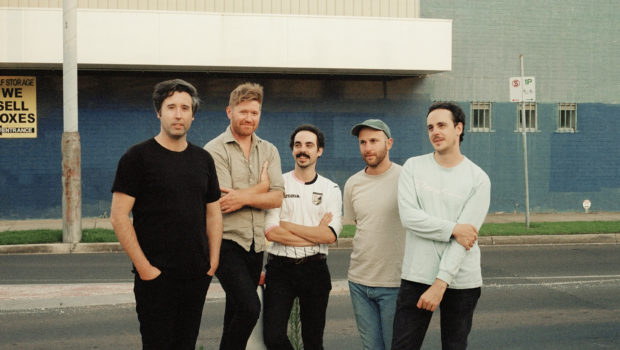 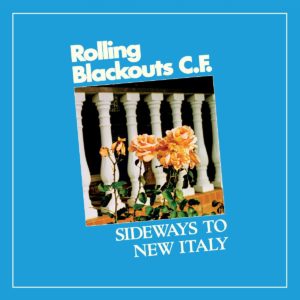 How are you and what are you doing in these strange times?
I’m at home in Melbourne, keeping it low-key. Band wise, four of us are here in Melbourne, but Marcel, the drummer, is stuck in another state as they closed the borders. But he’s in a nice place, where his parents live. As a band, like everyone else, we’re just thinking of things to do and trying to keep busy.

You had a very busy touring schedule in 2019, how does it feel to be grounded now?
Yes, last year and the year before have been very busy with touring and that was amazing, but also draining. Although, we were very privileged to do that, we were looking forward to being home. Now it looks like we’re going to be home all year and we’re going to miss out on all the shows we had planned all around the world and that’s sad. You always miss what you don’t have. We have a little bit more time now than we bargained for.

You’re going to release your new album Sideways to Little Italy in June. Artists have reacted quite differently to the given circumstances, some artists have postponed their releases, some others like Laura Marling have moved up their release dates. Have you thought about when to put it our best?
It was the plan all along to put it out in June. For us, we had no reason not to. The traditional thing is to put out music and to go on tour after and that’s what we had planned. But we are very proud of it and we wanted to get it out there. It feels like it has been around for ages. We finished it late last year, but on some of the songs we have been working on for so long. We have nothing to gain by artificially holding it back. People are sitting around and to me music sounds better than ever right now. So, we were happy to stick to that plan. 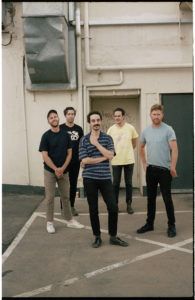 For some people, there are probably more opportunities now to listen to a whole album at home and experience it differently than streaming it on the go…
Yes, that’s why I’m rediscovering older artists that I like and new stuff as well. Like you said, you’re not on the run and listen to music while being distracted. It can be a good thing to be forced to take a break, sit down, and listen.

Your first album was a big success, do you feel any pressure with the release of new material?
I only feel the pressure of myself. We have talked about this and we have never really expected anything from this band from the beginning. And to me, the new album is the best thing we have ever done, and I hope some people will like it. We’re really happy with it and to me, that’s the success. From an outsider point of view, it is interesting to see, what is happening with any kind of music in this time, if people will listen to it more. I think, people will like the album. It has got this before and after theme now. The world has changed, and these songs are from the old world while we’re coming into the new world. But they still have resonance and they still fit in certain ways.

The songs really are from another world as the album reflects being on the road. How did the constant travelling change your perspective on home and on places?
That’s one of the big themes of this album. The songs are about different things, but they did cause us to reflect. We were away for so long in the last couple of years. You get to be a fly on the wall in so many people’s homes, we’re lucky to be able to do that. But the experience can be confusing as well, sometimes your body is moving faster than your brain. In these songs we tried to ground ourselves and our ideas of home, of people, of places. It gives you a good perspective of what you value and what home is to you.

Home seems like such a given thing in people’s lives, whereas it really can be a concept under discussion. Did it take a while for you to realize on the road that home is not the same for everyone and is something that can be created as well?
Yes, it is definitely a concept that can be created. These days, it’s so easy to move around for everyone and that’s one of the cool things for me. I love being in someone else’s world. I love being on tour and you’re in places like Rostock, a small town in the middle of Germany, or you’re in America and you’re just walking down the street and you have no reason the be there, but “here I am”. Going to family restaurants or weird bars and for some people, that’s their idea of home and you just intrude on it. I love that of travel in general and it seems more special, when we can’t move at all. 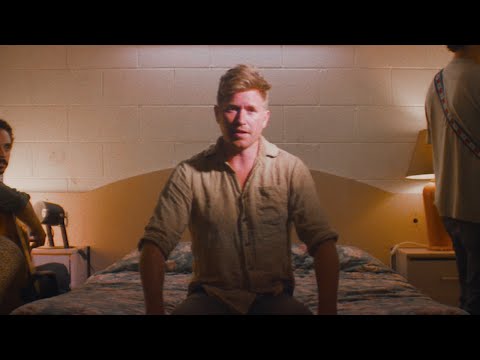 How would you say your sound has developed compared to Hope Downs?
We tried not to overwrite the songs. In our previous releases one of us would write a song and bring it to the band, but it would be quite ready. With this album, we made the conscious effort to bring it to everyone as soon as you have the initial idea. Bringing it through this democratic process of everyone throwing ideas at it before it gets too set in concrete. That way, it can go in unexpected directions. Sometimes, five heads are better than one. We have certain sounds, we can’t avoid. We have clean guitars, we have certain rhythms, which I guess sound like us. But we tried to stretch ourselves with rhythms as well. Our drummer, Marcel, has a background in Funk and Soul bands. In the beginning, we tried to stick to simple rock beats, but we gave him a bit more room to bring in a bit of Swing and a bit of Groove.

What would you describe as the typical sound of Rolling Blackouts Coastal Fever or what is the sound you would like to be known for?
That’s a good question, I haven’t really thought about. I think that our typical sound is guitars working and dancing together. Generally, we try to make the rhythm thrive, to go somewhere. Although, it sounds very cliché, we would like to be known to be making some good tunes. Songs that mean something to people.

That question came to my mind, because your sound is often described as old-school indie or even classic guitar rock, but I found that sounds too backwards to describe your music. 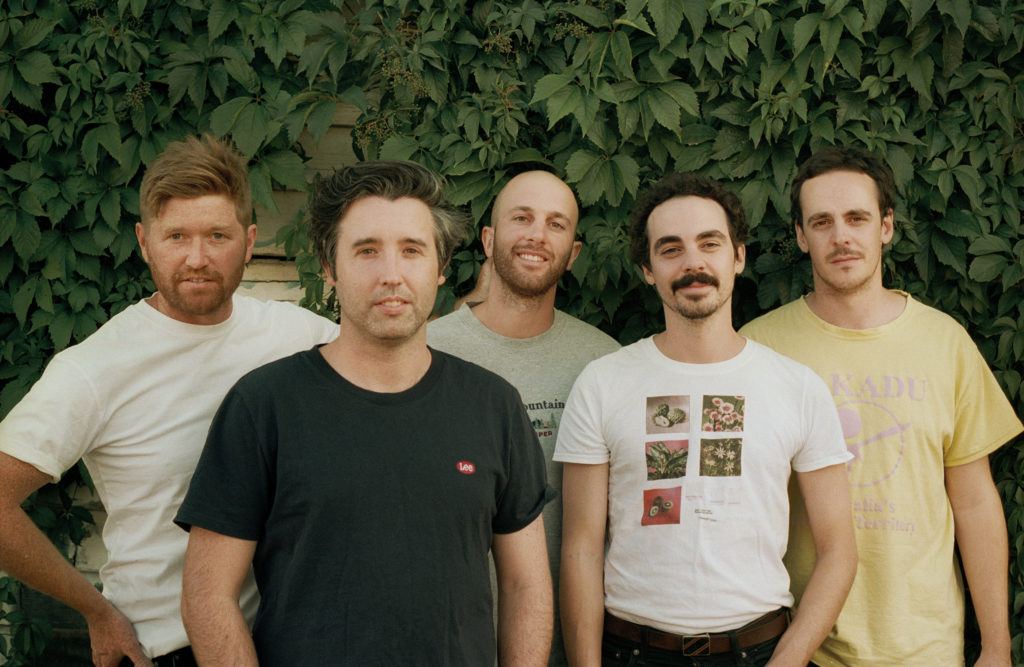 That’s good to hear… I think some people just read other interviews and say the same thing, but I’m not sure where that came from. There are certain bands from the 80s that are influences for us and which are bands we love, but sometimes people say we have certain influences and we’re not even familiar with them.

Do you like being compared to other bands? Is it an honor or do you feel betrayed for your own uniqueness?
I don’t really mind either way. It’s an easy reference point to some people and it’s an easy shorthand. But sometimes I just don’t see it. But if they say that you sound like an artist you love, that’s a cool thing.

What’s different in making a sophomore album? They’re usually seen as being quite difficult. Have there been steps that were easier and steps that were harder compared to your debut?
Some things are easier, we know how we work well now. We have played with each other for so long, we know each other’s style, we don’t have to talk about stuff a lot. We’re clicking without even discussing. What makes it harder is that you’re trying to break with your old patterns. We tried to keep it interesting to ourselves. We also had a producer for the first time, Burke Reid, who has worked with many great Australian artists like Courtney Barnett or Julia Jacklin. He made us work harder than we ever had to work. We must have been so lazy before. He pushed every single angle. For the first time, we made a very professional record in that way. So, it was harder work and easier work at the same time. But I think, the harder work paid off. 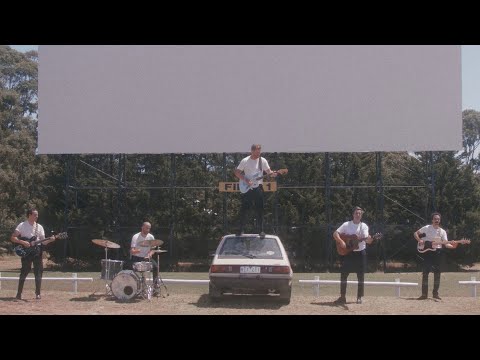 For the music video of Cars In Space Julia Jacklin was co-directing. How did it come to that?
We’ve known her as we played on many of the same festivals, but also her old friend was the main director for the clip, Nick Mckinlay. He did Cars In Space and She’s There and he’s also a friend of ours. So, we got two for one in that clip. He asked her if she wanted to come and help and she said yes. That was a really fun shot. We could do some dancing, which for us is not the usual thing and it worked out well.

Do you think, video clips are still an important medium for sharing music?
We always try to do something interesting. Music videos are like a little bonus. If you can do a cool music video, it makes it just a little bit better. I don’t think it’s essential, but if you’re putting some effort in it, it can really help. We made some good ones; we made some probably average ones…

Which one do you like best?
Actually, I like Cars In Space best. We used to make our own ones, cheap and really low-fi and we always had fun making those videos. But for Cars In Space we had a budget, we had Julia and Nick and it was all our friends. We always try to work with friends. We got our friends to act the main characters, and we got the choreographs, the dancing… It was a hot day, we got sunburned, afterwards we went to the beach and had a swim. It was the best experience I’ve had on a video and it turned out very nicely. 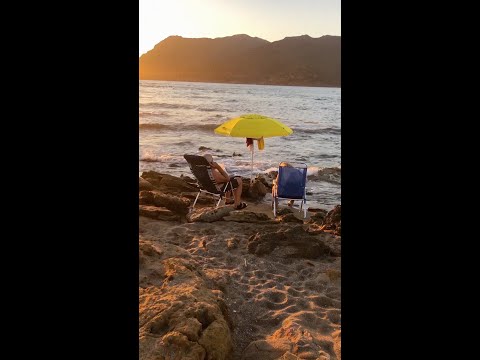