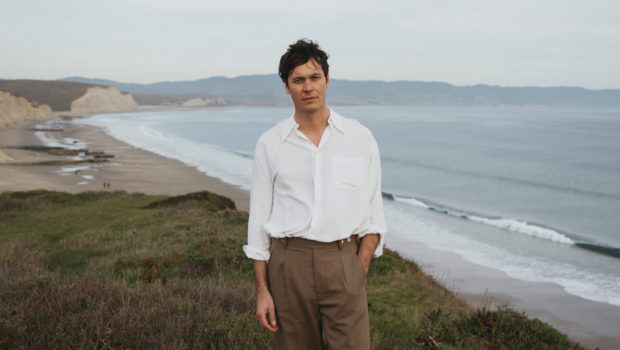 Hey Ernest, thanks so much for taking the time to answer us some questions about your new record – we are long time fans and are really happy about new Washed Out-music! Let’s start right away:

First of all: how are you, how did you experience the outbreak of this worldwide crises and what is the situation in USA at the moment?
I’m doing fine – all things considered.  My studio is at my house, so I’m used to working from home – so in a lot of ways not much has changed.  However, I certainly miss the traveling I do for DJ and band shows.

It’s been three years since the release of your last record Mr. Mellow – what have you been up to in the meantime?
I worked on the album off and on for 2 years.  I also did a few collaborations with folks like Sudan Archives and Roosevelt.  I also had a second a child – so that has kept me pretty busy as well.

We also read that you were writing with other acts, especially with Sudan Archives on her debut record – with which other acts were you working, what is the interesting part of working with other musicians and how did writing with Sudan Archives influence your own work now?
I haven’t done many writing sessions with other artists – but I’ve been experimenting with the process more over the last couple of years.  I’m a little bit more confident in my skills now which definitely helps.  I like being able to step outside of the „WO sound“ and try some things that I likely wouldn’t be able to get away with on my own. 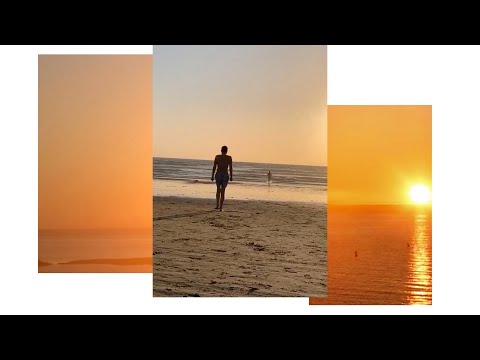 With Purple Noon you seem to return to the early sound sphere of Washed Out, what did inspire you to return to your early chillwave sound?
I think more than the sound, it was a return to writing in minor keys that have a slightly more melancholic longing to the melodies.  The subject matter I was interested in writing about (the various stages of romantic relationships) worked best in this style.

Which importance does your debut album still have for you, what do you think about the songs and when fans still want you to play songs out of it nowadays?
It still has a lot of importance because it turned into the original blueprint for the „WO sound“.  Of course, I’m interested in pushing my aesthetic forward into new territories but at the same time I always want a common thread that ties everything together.

We also read that the album is based on the concept on the affairs of love – could you describe what this means in detail to the music / lyrics and how you came up with the idea of that concept for Purple Noon?
It started with the chords and melodies I naturally started writing.  As I mentioned above, they were sort of sad and melancholic and so I started thinking about how the various stages of a relationship offers up many different moods and perspectives to write about. The stories mostly come from life (often from the past) and a few are about more recent incidents with friends or family. 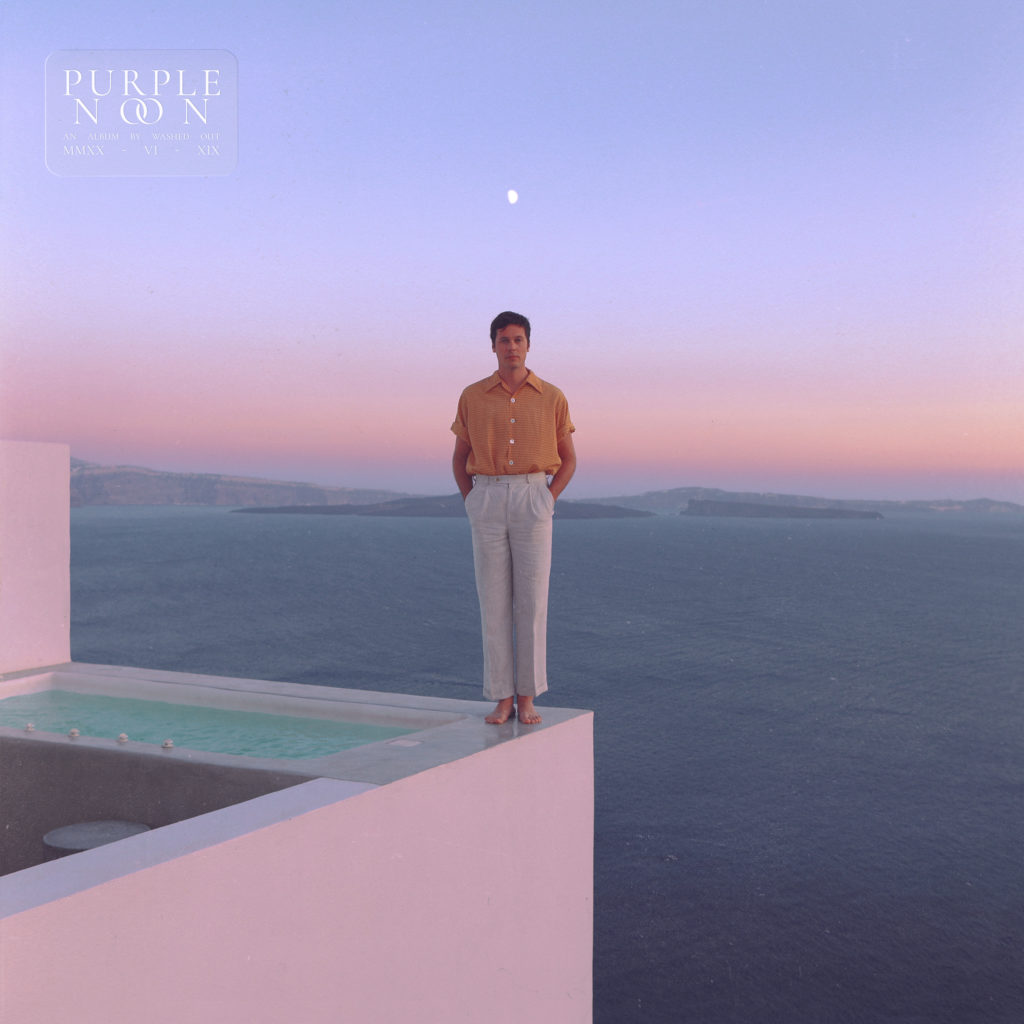 Can you describe a bit the production process of Purple Noon, how, when and where it came into life, what was the best/what the worst moment during production and what is the most told anecdote of that time?
I wrote mostly from about mid-2018 through the end of 2019.  I did about 95% of the album at my home studio here in Atlanta, Georgia and finished the rest with the help of a mix engineer a few miles away in a more proper studio.  Compared to some of the rest of my albums, this one came together quite quickly and easily.  I had a rough idea of what I wanted to do and the songwriting came with little effort.  The hardest part for me is the „finishing“ process where its all about fixing the tiny details in the mix.  This is also the point where I record my vocals which is a fairly grueling experience.  I’m not the best singer so I have to push really hard to get something I’m happy with.

The song Time to Walk Away is one of our favorite songs of the record – can you let us know what it is about, how it came into existence and if there is a story behind the song?
It is about arriving at a point in a relationship where things are starting to fall apart.  You might have a lot of happy memories and even had strong chemistry in the past – but for whatever reason that chemistry has fallen apart.  Its easy to look back and think about things that went wrong and about how things could have been approached differently – but obviously its impossible to go back in time.  I’ve been through that experience a few different times (although it was years ago now) and I tried to channel into that experience when writing the song.

In the PR for Purple Noon it’s also mentioned that the album title comes from the 1960 film directed by Rene Clement, which is based on the novel The Talented Mister Ripley by Patricia Highsmith – why did you choose the title and how did the movie/novel inspire/fit the music?
I’ve always been really inspired by films.  I like the way they can transport you to another place and time – and that is the same goal I have with my music – to transport the listener somewhere else.  I prefer the 1999 film the best – particularly the styling and art direction.  I love fantasizing about living that lifestyle on the coast of Italy in the late 1950s.

I thought the title „Purple Noon“ sounded nice – and isn’t too specific.  More than anything I feel like it describes an atmosphere. When I read the original poem by Percy Bysshe Shelley where the Purple Noon reference came from (Stanzas Written in Dejection, Near Naples), I instantly knew that I had found my title for the album.  The character and mood described in the poem is very similar to the stories I tell on the album – so it felt like a perfect fit.

For Mister Mellow you also delivered a 360° audio-visual experience, hand-drawn animations and a cool video – what was your visual idea for the new record and was this part influenced through the Covid-19 crisis?
I was strongly inspired by the look and feel of the Mediterranean coast so that was an early starting point for the visual look of the album.  I actually took a trip with my wife to Greece while writing and we ended up shooting a ton of photos and videos that were used in the album artwork and promo.  The Mediterranean feels quite exotic for someone from the US.  Obviously the history is really rich, but I really enjoyed the refined, sophisticated more European feel to a lot of the places we went.  And I really wanted to channel some of that into the album experience.

With the new record you are also returning to Sub Pop – how did it come to that? And how do you feel on returning to the label?
My last record was written pretty specifically for Stones Throw as I was interested in touching on some of my early influences from people like Madlib and Jdilla that came up from that label.  Purple Noon felt more like a Sub Pop album to me.  It’s more focused on songwriting and I think it is overall a lot more accessible – which I think suits a bigger label like Sub Pop.

You’re often referred to as one of the inventors / driving forces of the chillwave genre – is this sometimes annoying you, that you are limited in that perspective to one part of your work and how do you feel about the genre after all the years?
I’m a self-taught musician and producer – so I think a lot of my sound just comes naturally from that (and also my general taste in music).  So genre tags have never really entered into the equation for me.  I just make what I want to hear and let critics or whoever figure it out after the fact.  That said, I don’t have an problems with the chill wave tag.  In fact, I still hear references in the most modern pop and rap albums to this day. 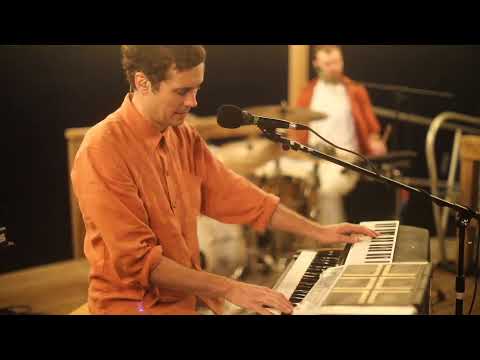 You’re releasing new music in a world, which is kind of on hold and without a clear perspective on when everything might be back to normal and when you will be able to tour the new releases again – why did you decide to release it anyway and what are your plans for touring at the moment?
I had already been sitting on the album for almost a year – so the thought of waiting another year felt really frustrating.  I knew that by 2021 I’d likely be doing something completely different.

Whats next on your schedule?
Normally I don’t get a sold creative break until after touring an album for 9-12 months, so it feels a bit weird having free time now.  I’ll probably start figuring out the process for what the next WO album will look and feel like.  I’m also exploring some collaborative projects…

What are you doing when you’re not doing music?
I have two young children so most of my time outside of work involves them.  It’s kind of nice have a clear cut distinction between work and home life.  When I’m with them I’m able to completely leave behind whatever creative problem I’m trying to solve and it helps makes things fresh when I return to work.  Otherwise, I’d probably never take a break haha.

What did you learn in 2020?
Probably the biggest thing is not taking life or good health for granted. 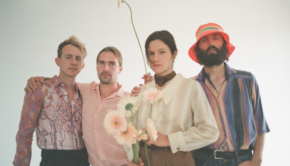 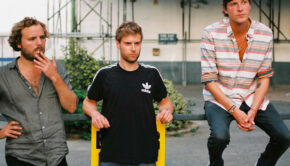 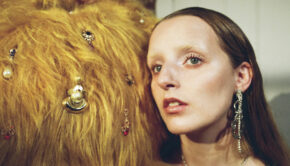 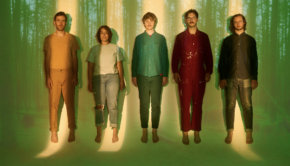