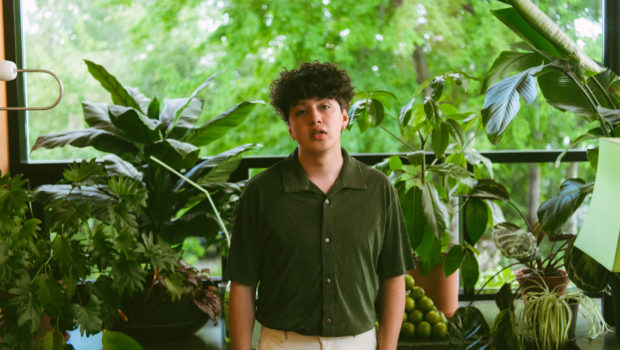 Thank you for your time, how does it feel to do a promo tour online? You have done some intense touring before, that’s quite a change in your usual way of working.
I wish I could meet people in person and talk about everything that’s going on face to face. I wish I was touring right now, but it’s alright.

Your first album is going to be released in October, are you excited or nervous or both?
It’s very exciting, but I’m also nervous, because I don’t know how people are going to react to it. I’m proud of what I’ve been working on and I’m very happy with it. It’s my favorite album right now. I listen to it all the time. Also, my brother and my brother in law worked with me on this album and I’m really proud of their work, too. It’s a mix of feelings, really. 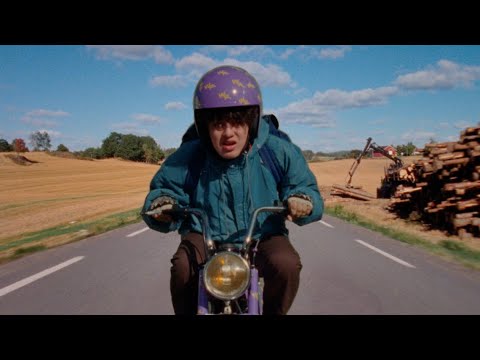 Yes, you have mainly been writing and working solo, but now opened the project for collaboration. Did you want a fresh perspective? What were your reasons for that?
I have been working with my brother in law as a studio engineer for the last couple of EPs. But this time, I let him and my brother really get into it. I felt kind of stuck with what I was making. I had to get some fresh ears. I really trust them, so it wasn’t hard to give it away. Yet sometimes, even if they didn’t take too much control, I felt that they did, because I’m used to doing everything by myself. But it was a nice experience, I think it helped me if I wanted to collaborate with other producers.

For now, you seem to mostly work with people close to you. Even your touring band are people you know from school…
I like to work with people that I know. I haven’t collaborated with many artists. I don’t want to just have an internet relationship with someone and just make a song, because it’s a cool artist. I want to know the person, I want to know what music taste and interests they have, how they sing…

Your bio states that with Wachito Rico you’re ready to re-introduce yourself. What does that mean to you?
Well, my video “Everytime” on YouTube started this whole thing and made it possible for me to live off music and make more music as it attracted people to this project. That was a great opportunity and I’m grateful for it, but I don’t want to be stuck there. I don’t want to be an internet phenomenon. I want to be a proper artist and show that I’m for real. 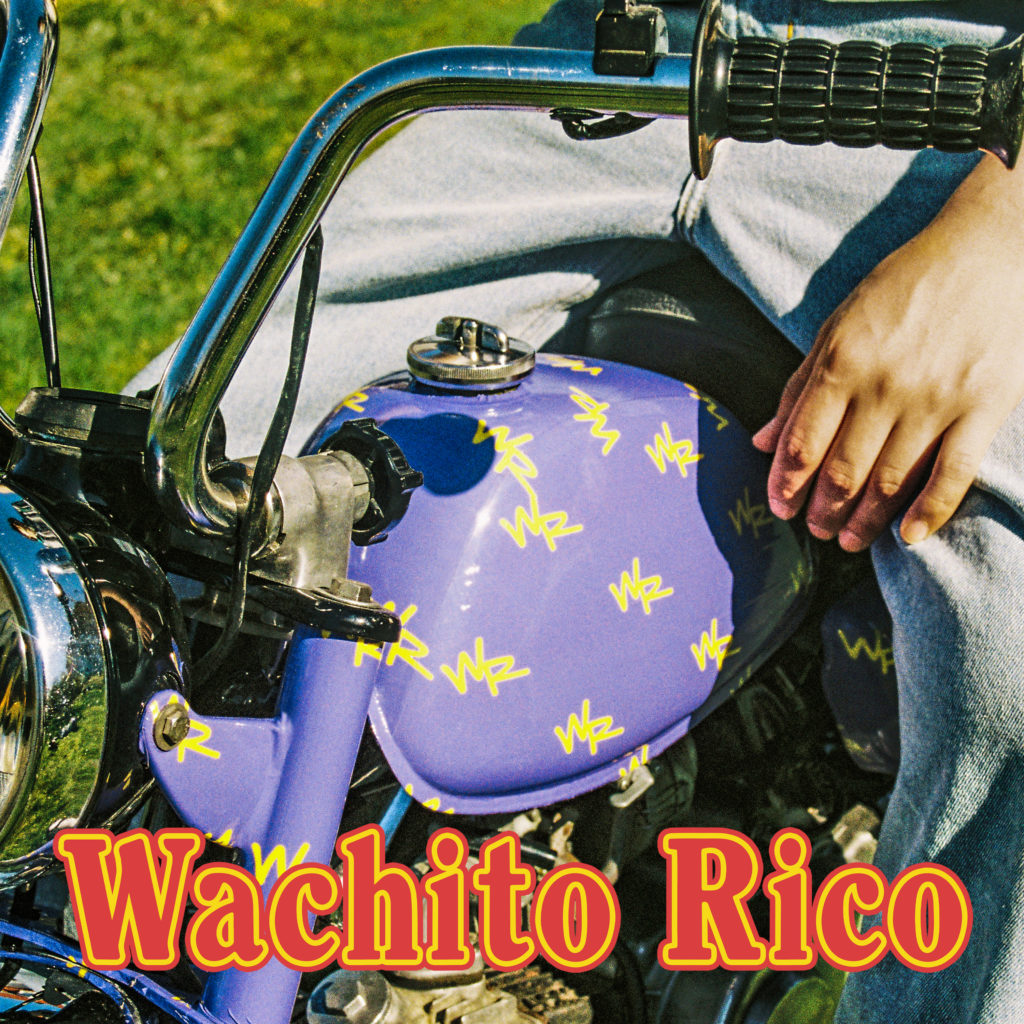 What does this label “internet phenomenon” mean to you? What is missing? Is it the time aspect – not wanting to be a temporary sensation – or is there an artistic and creative limit within that concept as well that you want to leave behind?
There’s a lot of young people out there on YouTube doing good songs and suddenly they’re going viral. Some of them you will never see again. I don’t want to be like that. I know that I’m already not like that, because I kept making music that people were following and I’m still trying to. But I don’t want to be remembered as that guy that went viral.

The album has an interesting approach. It’s a hybrid conceptual and autobiographical record: Can you tell us more about the lead character and your relationship with him?
His name is Wachito Rico, which is a Chilean expression for handsome or sexy boy. It started out as a joke. When my manager asked me what I wanted to call my first album I said, “Wachito Rico”.  After I explained it to him we laughed. A couple of months passed, and I thought, why not call it Wachito Rico? To make the conceptual album, I made a character out of it and I play that character in the music videos. It’s hard to say where Pablo starts and where Wachito crosses over. I tried to tell a love story about Wachito Rico. It’s not about me, although the songs are about my life and what I’ve experienced, they describe how I’m feeling in different situations. I’ve taken those songs and put them into a narration. It starts with a young boy, who has never been in love before and doesn’t know how to act. It then goes into some problems inside the relationship, but it gets better and finishes with an open end.

Writing in character but from personal experience enables you to detach your private life from the content of your art, but it can also be inspirational to put yourself in someone else’s shoes.
It’s probably a coping mechanism to hide behind a character. But I’m not afraid to talk about the songs that are personal. I also really wanted to make a conceptual album. But even before I decided what it was going to be, I wanted to create a character and a story. It’s harder to do that when you’re talking about personal stuff, because it can get deep. I would feel more on display.

On instagram you have recently opened up about anxiety and insomnia, do you find it hard to share these very personal things with a big audience?
It hasn’t been easy. I have been dealing with this for three years and I’m opening up about it now – three years later. That instagram post has just been a hint of what’s going on for some years in my life now. And I want people to know that even though you have success and a lot of followers on instagram and listeners on spotify, you still have problems. I hope that can be an inspiration for other people to open up to their closest ones and do something about their problems instead of ranting on the internet.

How do you feel about that social media connection mostly young artists share with their friends in general? It’s very different from old school artists with a big PR machine, it’s so direct. I often feel, for young artists – no matter how well established – it’s part of the job and way more immediate than the usual job description in the music industry.
People want information all the time. Young people are searching for new things to laugh at or to think about. I wouldn’t say I’m too good at the instagram game, but I try to get people updated on what’s happening with my project. I don’t think anyone in the music industry would have predicted this ten or fifteen years ago. It can be both, a stressful and a beautiful thing, it depends on how you see it.

It also depends on how you feel at the moment.
Yes, there have been times where I just wanted to quit instagram, because it’s way too much and I wanted to be focused. But then there are times where I see that we got out to more people with a single, because of something I posted on instagram. It’s a balance you have to find. 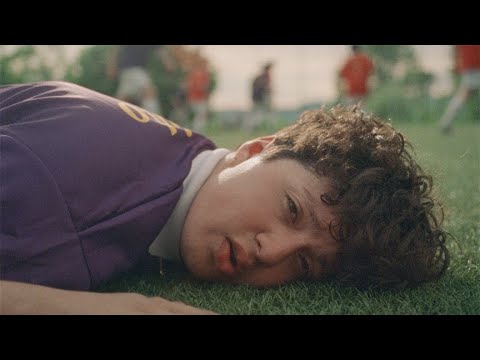 In your work, you’re merging your Latin-American and your Norwegian background. How did both influence you thematically and sonically? Do you use references consciously or is that a natural process because they’re part of your identity?
When I first started with music, I wasn’t aware where my influences come from. It’s been like that for a long time. For the album though, because of my brother, I was more aware of it. When I first start to make a song, it comes from my heart. The first thing I play develops into a tune I didn’t plan and the lyrics come afterwards. When I start producing the songs, I’m thinking about which elements would make it more interesting and then I start thinking about my influences.

In the beginning of our conversation, you said that you listen to your album a lot. Do you picture people listening to it as well, is the audience part of the process?
I can’t avoid thinking about how people are going to react to certain parts. I also imagine different kinds of people reacting to different parts of the album. And that’s exciting, because I don’t know how people are actually going to react. I listen to my album a lot for myself, but also to compare it to other people’s music. I don’t want to compare it in a competitive way, it’s just interesting to hear how I recorded my album compared to what other artists did and I can learn from that.

Would you be able to name your main influences or is it a subconscious process?
It’s very mixed. I have a playlist with songs that inspired me most with this album, but it’s hard. It’s a mix of everything that I listen to. But the Norwegian band Young Dreams, Tyler, the Creator, the Swedish artist Veronica Maggio are very clear examples of what I’ve been inspired by.