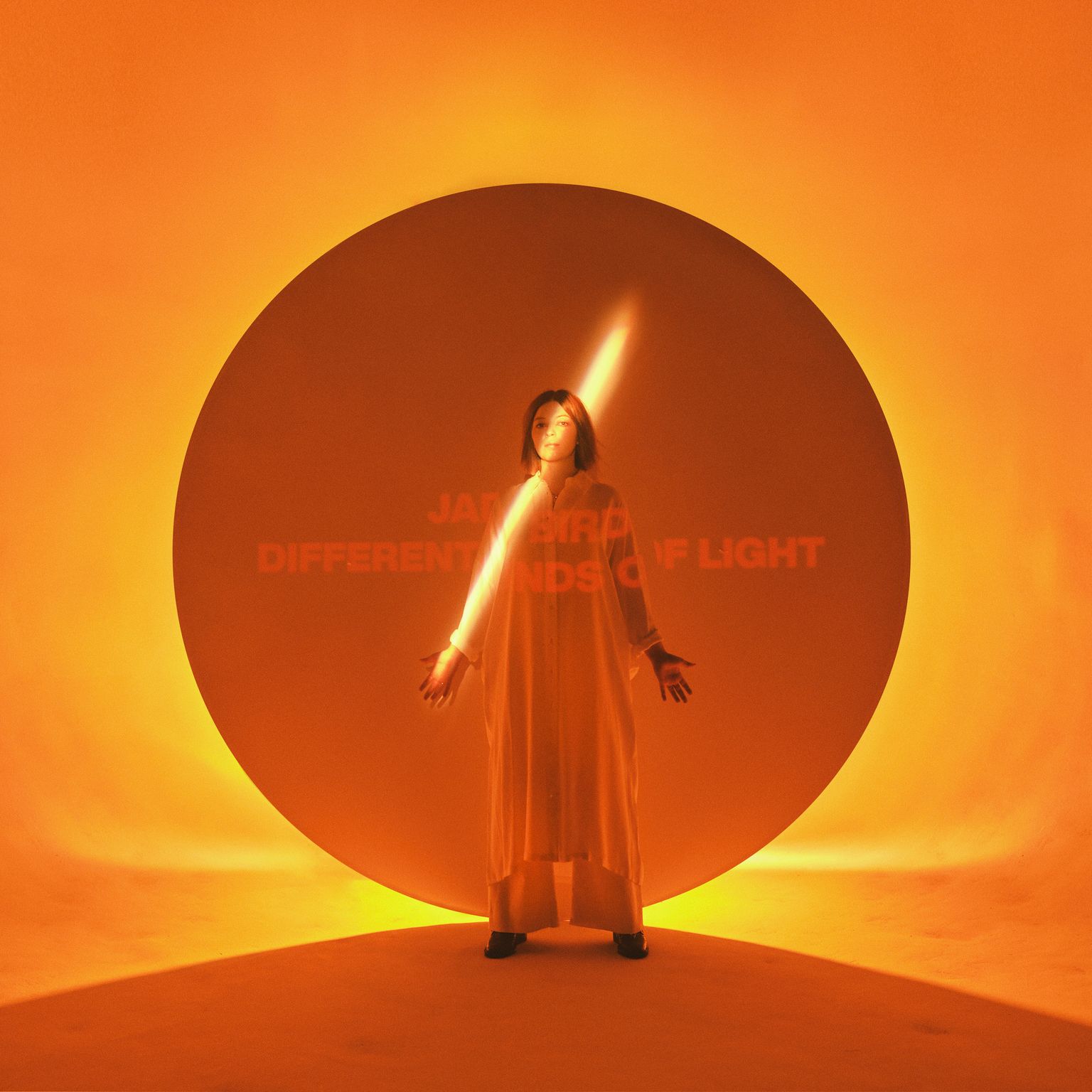 Your second album is about to come out and I heard that you have moved heaven and earth to record it. How can we imagine that?
Yes, very much so. I needed a break at the start of 2020 and I finished off the first ideas in Japan. After I have been in Upstate New York to write, everything closed down. Six months later I got the transcript of the album, I had to quarantaine in Mexico and did the rest then. It was ridiculous.

Do you always have this urge for self-expression – like feverishly trying to finish the album – or does it come in waves?
It is always inside me. The only thing that changes is the pressure on self-expression. If that gets too much, everything closes up. Now that I am older, it comes in waves, but when I was younger it was constant. It also depends on how much you have to process at the time.

You have spoken about the pressure of being creative and being present as one factor that causes anxiety. Do you feel this happens a lot to young artists, who have to do many jobs in their projects at the same time? This is very different for established acts.
Yes, as a young artist – especially in the UK – you are at the whim of whoever wants to talk to you or wants you to do something. I was in a lot of bizarre situations, just by saying yes all the time. As a young artist this is what you have to do. There is definitely more pressure as you never know whether your support is going to come, whether it is going to last. You are trying to please everyone all the time.

You just take every chance you get in fear that it will be the last one or the most promising one?
I am guilty of that. I am also very grateful for even getting the opportunity to do the job. I have grown up in a small town and really tried to make it work. So, when I did get it, I did not want to let it go and worked myself to death.

Is that one of the reasons why you moved to the US?
Not necessarily. It was very last minute, we always wanted to move over there and give it a go while we are young. If me and my partner had already started a family, it would be way more difficult. So, we thought, “why not now”? Our roommate just moved out and it just lined up. I was not a conscious escapade. I feel like my whole life is a conscious or unconscious escapade.

From what?
It is just the physical moving. I have always done that since I was very small. I just enjoy new things. My mum is the daughter of two army parents and she moves the living room around all the time. She cannot be in one spot. 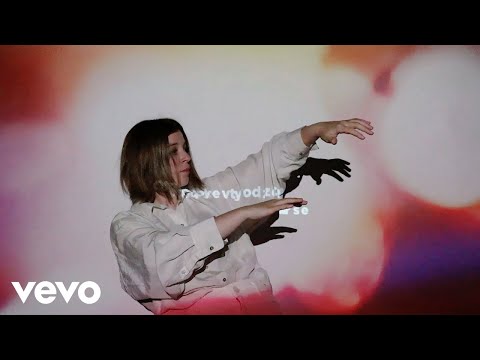 I was impressed about all the places the album was written at. There is no space for routines. Do they kill your creativity?
I cannot write at home. If I do get into what is considered an alien place, I have to get into a time routine though. I found that staying up until 3 a.m. is not useful at all. You need to treat it like a day job in a way.

You said that you wanted the album to have a moment and to be able to play many live shows. What does this moment mean to you for Different Kinds of Light? For me, the moment of an album is made of an idea that transfers to other people and emotional connection.
The reason I said live is that it is quite hard to have that personal moment with anybody when it is not live. You can hear the record, but there is nothing like being in front of an audience and being able to talk directly to the crowd and sing directly. I would be shattered if I could not do that at all. I feel like I never do my best on the internet. I get lost.

But it can be an opportunity to reach many people in very different places. But you prefer working offline then?
When you are on the internet you make a shallow connection. But when you meet people, you certify the relationship. You are giving your time, they are giving their time. You are literally a memory of theirs. That is why I think, offline is so important. You are not just an idea, you are a memory.

I get it. Different Kinds of Light shares this idea. It is like a conversation, a connection with different people and when you play it live, the audience is in the position of the receiver of this dialogue.
Yes, you are right. I have always said that playing live is like a conversation. If one person is not giving you anything, it is a really shit conversation. It can be a really shit gig, if the crowd is not into it. It can be the best room in the world, but you need a good crowd.

Well, but you also need to be a good artist to be able to make the connection in the first place.
Yes, it is an open dialogue.

If we come back to the anxiety-inducing pressure to perform though, I imagine it to be hard to draw a line between giving so much and protecting your energy.
To be healthy, it should be like a pressure cooker – letting off a certain amount of steam every time. But when you are in an album cycle, you just give everything. It is your baby and if you put your baby out into the world, you give everything to make sure that it succeeds.

You became part of a group in the US, who is trying to maintain a more healthy relationship to the job. Could you tell us more about that?
A lot of the group I am part of is older women in music. Brandi Carlile is getting 40, Sheryl Crow has been going for a very long time. What they are telling me is that I can bring a family on tour. I do not have to give up my career for a family. And I thought that for a long time as a young artist and woman. And also there is no bullshit that you have to take. You can just bring your albums out, you can just do the thing you love. Playing Newport Folk Festival with a whole lineup of women musicians was quite big in my brain. Everybody was so different and there is space for everybody. Sometimes you do not feel that in a smaller scene.

This is only your second album, you are from the UK and just moved to the US and you have already made so many connections. Is that your secret super power?
Well, I am not one of the socialite types. It came from touring. I was on the road with Brandi, I played with Sheryl in Nashville. I like to think I am a genuine person and I hope people can see that in my archestry and so it was just a match made. True musicians just really love music.

What would you like Different Kinds of Lights to be remembered as in 20 years time?
I would like it to be reviewed as quite forward thinking musically. That is the way I like to do things. I do not try to step into boxes. I try to push stuff. I love albums that push the bar. I would be honored if that was ever considered to be so. That is what I aim for in songwriting.

I was surprised that large parts of it were produced in Nashville and yet it has so many elements of 90s-Britpop translated into a modern form.
[laughs] Dave [Cobbs] is an award-winning country producer, so even I had some reservations as it did not feel authentic at the time to make a country album. But then he told me that he was in a Britop-band when he was 19. He toured with Blur. So we started bonding over guitar turns. A lot of what you are hearing stylistically being 90s is guitar turns and chorus pedals.

It sounds like you had an intense time together.
Everything is intense, when it is good. It was just very easy, we were on the same level. And talk about intense, we did 16 tracks in two weeks.

Yes, the album is very long!
[laughs] Everyone says that!

Good for us! How many songs did you have to choose from?
16! I could not cut them down. I loved every one.

That is great though.
Well, I think so. Let us see what everybody else thinks. Every song meant something to me.

On your instagram you are giving away a private songwriting session. In your opinion, what is a good song?
A good song is usually a way of saying a universal feeling, but it has not been said in a certain way before. I really like songs that sound like conversations . I love the country way of doing it. It obsessed me as a kid. When you set up a chorus and the last line is a punch in the gut. You just know. It is like a book. You stop reading it, because it is not good. Or you go through it and it is the best thing ever. It is subconscious.

Do you think albums contain an overall universal feeling, too?
Albums are weird. If you think about the context and the critical response to most amazing albums, they were not good. Joni Mitchell’s Blue was slammed, Radiohead’s Kid A was slammed – and you are talking about iconic earth-shattering albums. You like to think that these kinds of albums come out and everyone knows it is good. But that is not the case. There is also taste and other things. It is impossible to quantify. You have to walk in with your gut. I walked out of the studio feeling like I have made the best thing ever. I could not have done any more. I mean, I literally could not take anything off the track list.

You are in a very different stage right now than you were when you wrote or published your first record. But you are still very young, you are only 23. Does your job as an artist force you to grow up faster?
No, I think it is done to you. Being an artist in the modern days stops your growth as a human. It is quite egocentric and I believe that you only grow via empathy. In that way the pandemic was amazing. I feel that I have grown up five years just like that. And I believe you can tell in my writing. Otherwise, for personal growth you are like a big kid forever. That is why you see celebrities who are so immature.

What do you think made the difference in the pandemic that gave you the space to grow?
Seeing people, understanding people, understanding my family, rehashing my great relationship with my mum – seeing what they have been through and wanting to write about that. There is only so much you can do about yourself in a certain time. If I write another album about myself in two years, it will just be dull. 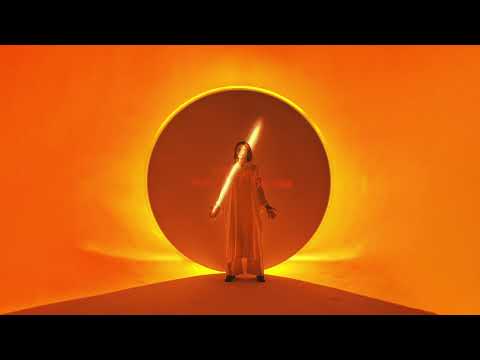